I'm still way behind, so just a set of pictures from the month.

New this year and much better than my existing one as it has a bit of colour to it. 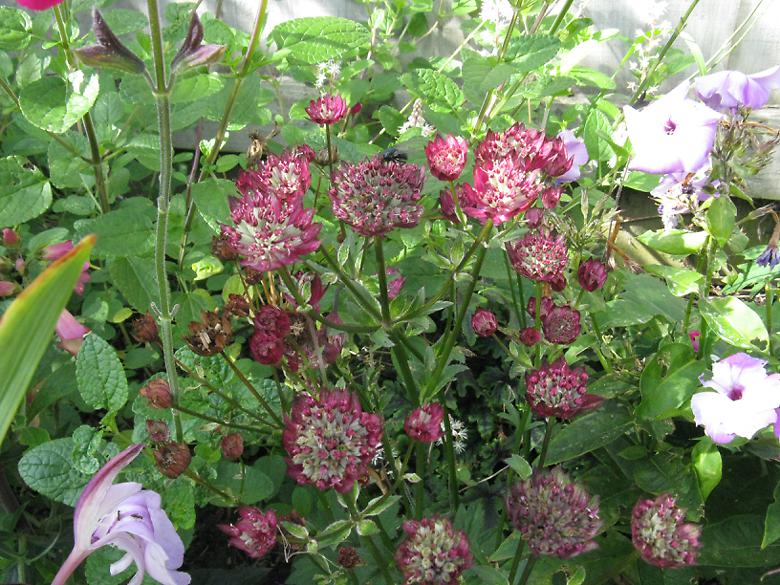 This month it is the Red Admirals that have dominated, never more than one or two at a time, but still a frequent visitor. 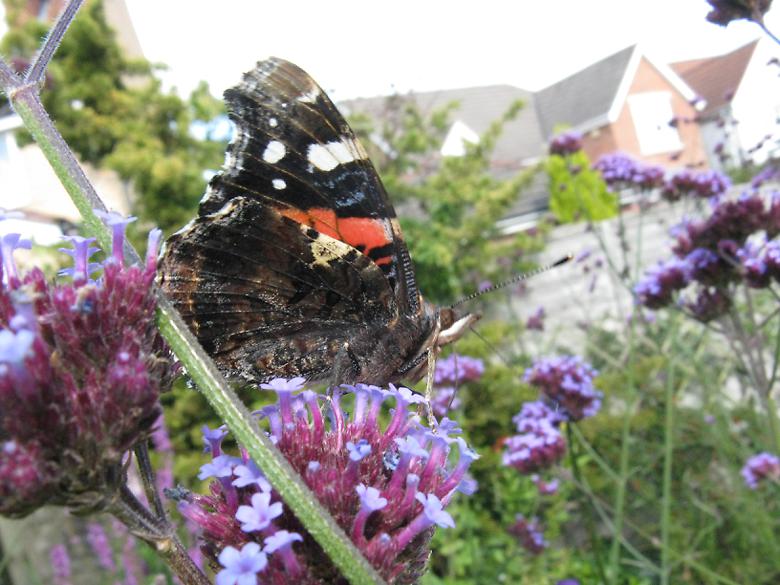 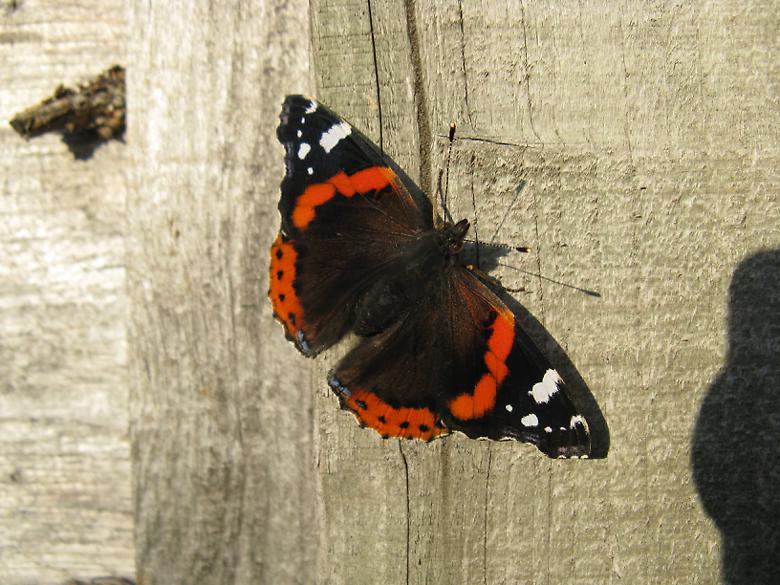 This is a slow growing plant and I can't say that it is particularly larger this year than last, but there are more flowers at least. 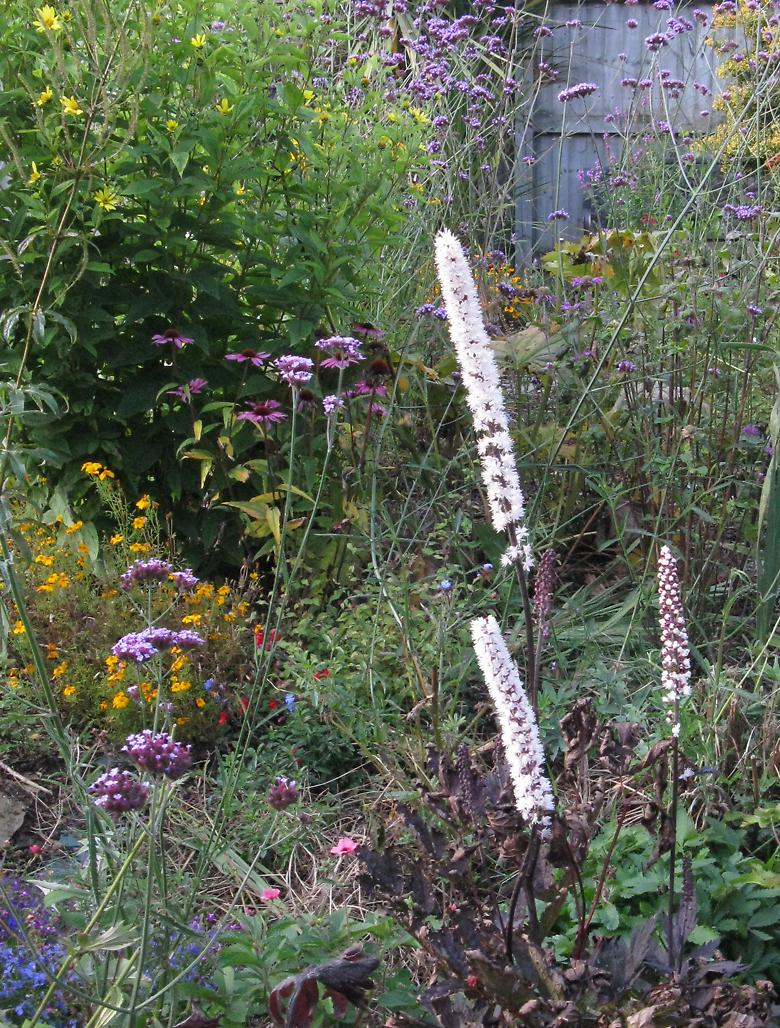 Also a patch of Rudbeckia. 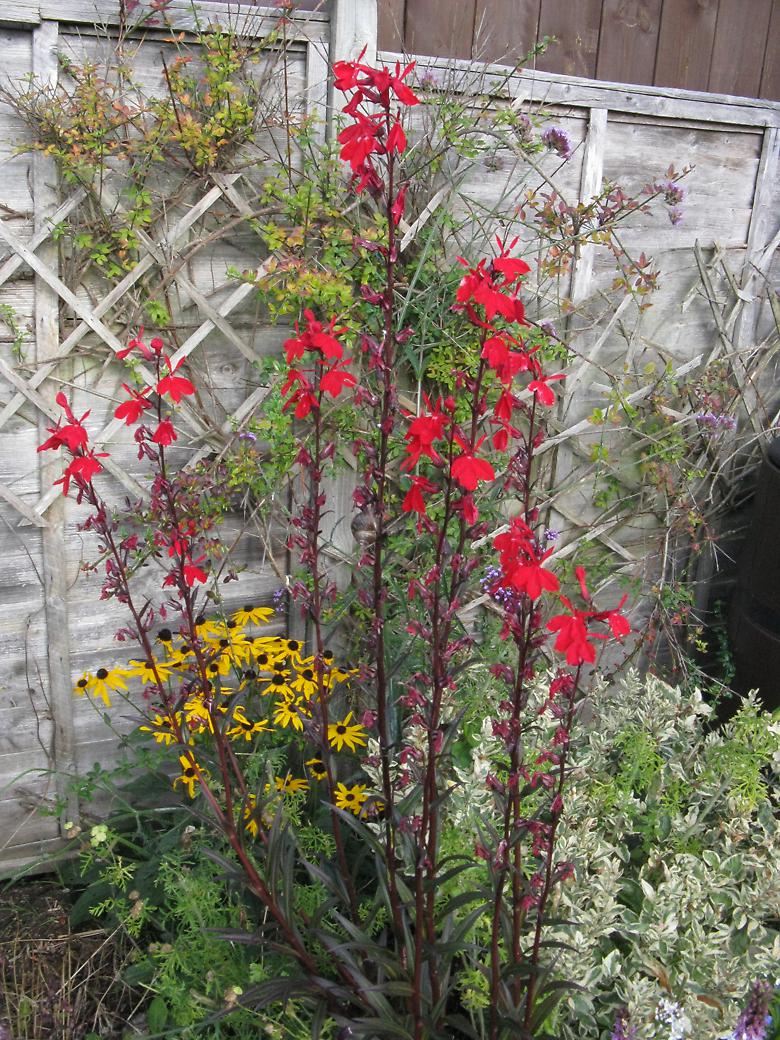 There is also a white Phlox here which has done well as the only surviving one from a packet bought from Aldi (or Wilko, I forget).

I had two kinds of Gladioli last year. The blue one has put up leaves but did not flower. These 'Candy floss' ones have mostly flowered again, but they have also all collapsed or even snapped off. I am removing all of them after this year. 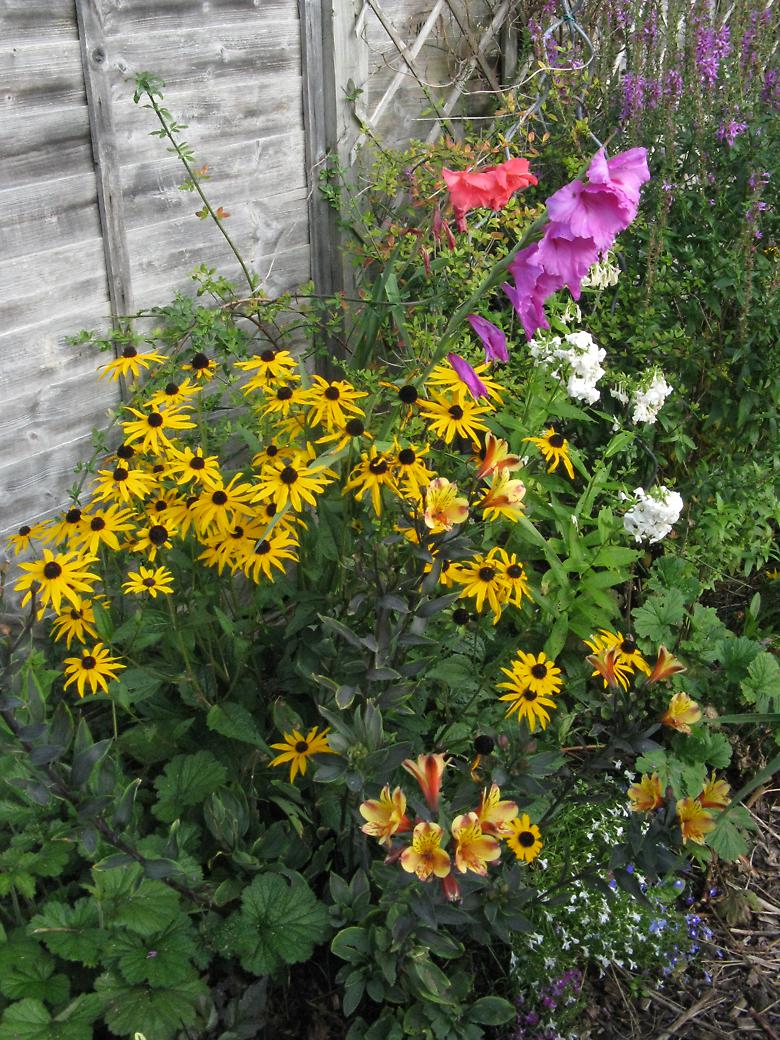 This is interesting because there is one stem with yellow flowers and one with red flowers. They came in the same pot and do appear to be connected at the bottom. So just weird. 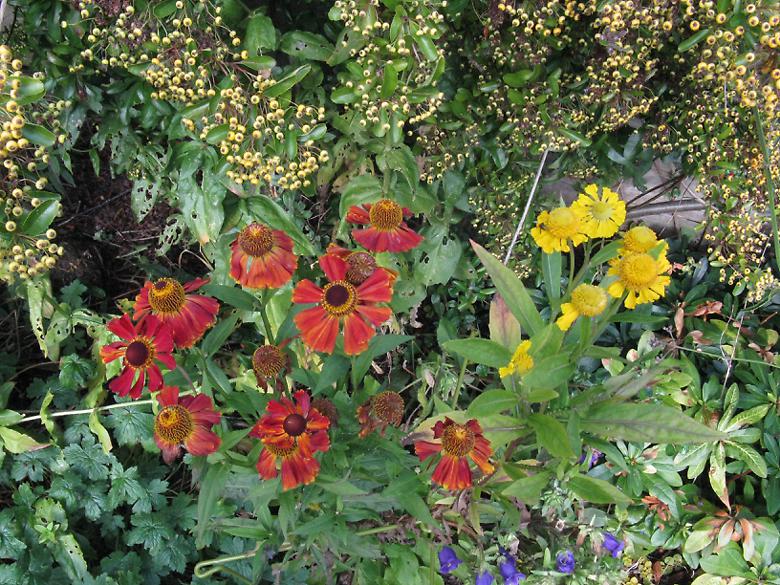 I don't much like the large leaved Sedums, but I saw this and thought it was fantastic. It is a mass of flowers. 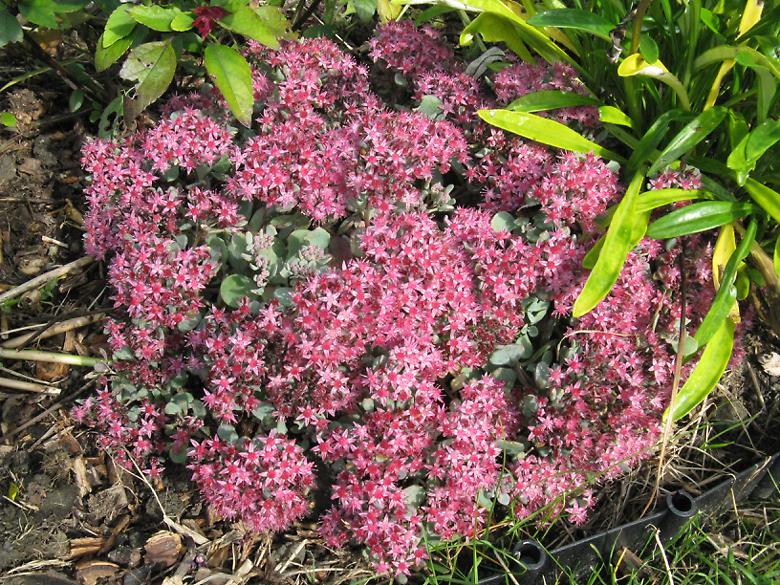 This is way bigger than it was last year. I actually moved it this spring, and yet it has grown to be as tall as me and although it starts flowering with just one or two flowers it is now a mass. It looks particularly good in the evening with the flowers almost look like they are glowing. 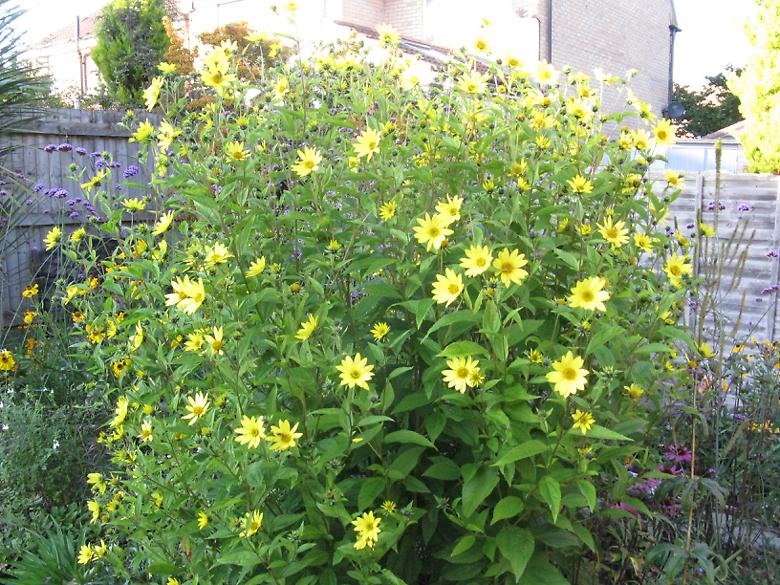 This grew from a seed and was given to me a couple of years ago. There seem to be more flowers this year and it seems to be establishing well. 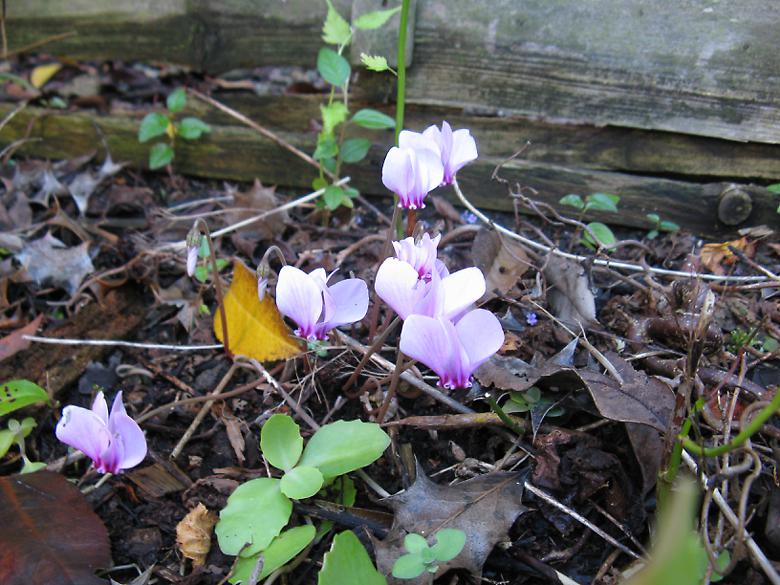 It funny I've always wondered why I don't see these growing as they seem to grow anywhere given the slightest chance.

But I've not seem one until this year, when three turn up at once. One is in a container and another in the back garden and this one at the front right next to the drive - I'll have to move it. They all just appeared, I didn't plant them.

This one at the front even flowered in its first year. 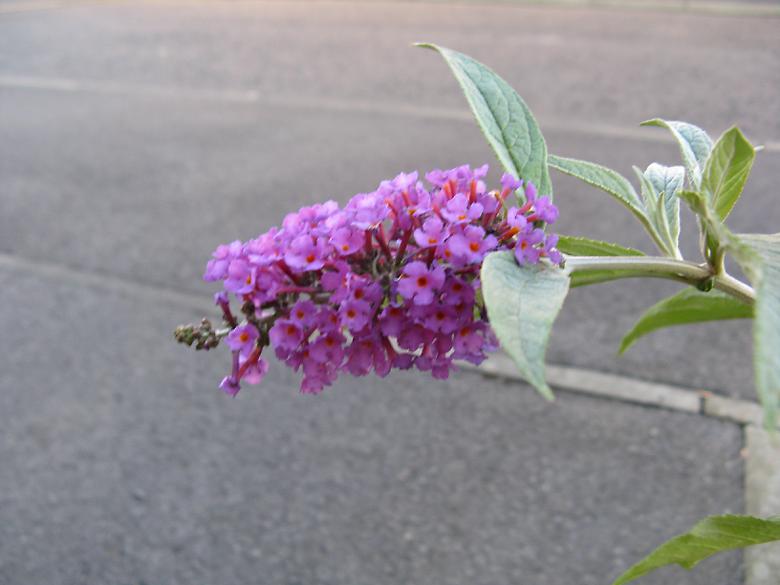 I got these seeds in the HPS seed scheme earlier this year and it has flowered in its first year. There are only a few flowers out at the same time, so it doesn't make much of an impression all by itself. Hopefully it will survive and be better next year along with some of the others that haven't flowered yet. 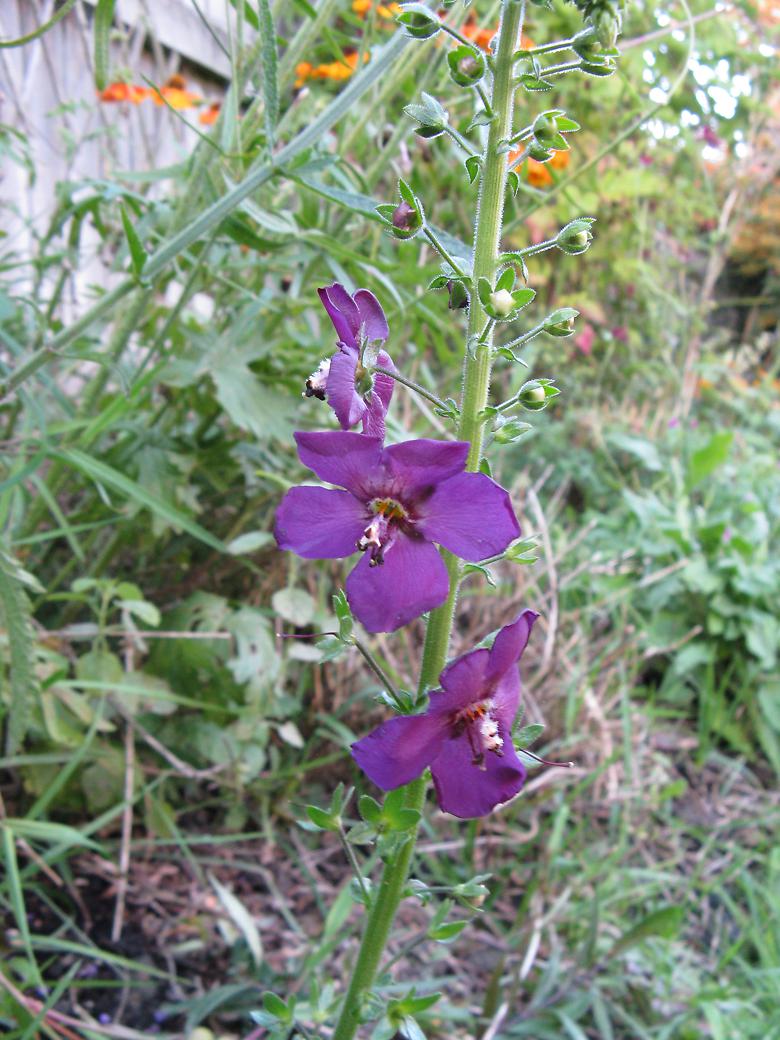 ← End of August round up Lewisia in flower →