I'm late finishing this so just a quick look through some pictures this month.

New this year. Looks exotic but supposedly hardy - we shall see. 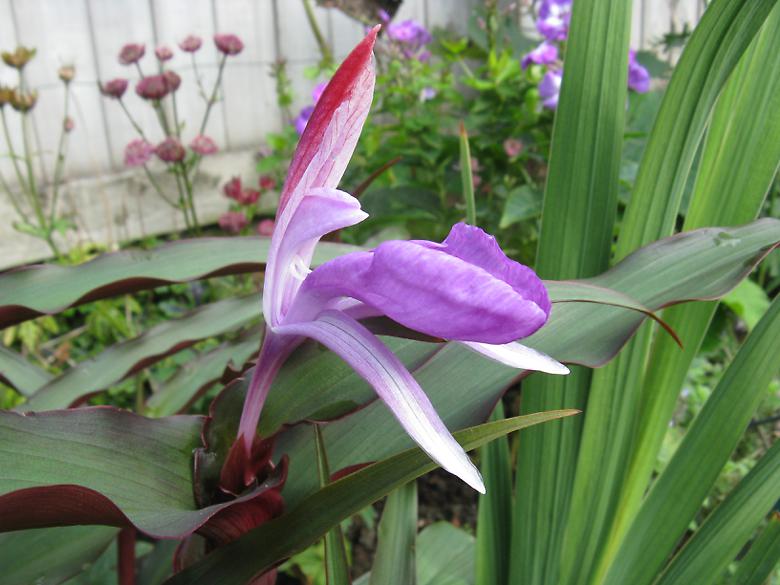 It has been a great year for butterflies, with all the Verbena that there is this year. There have been a lot of Painted Lady butterflies - I've seen up to 15 at the same time. In spite of the numbers it seemed to be difficult to get a photo of several together. 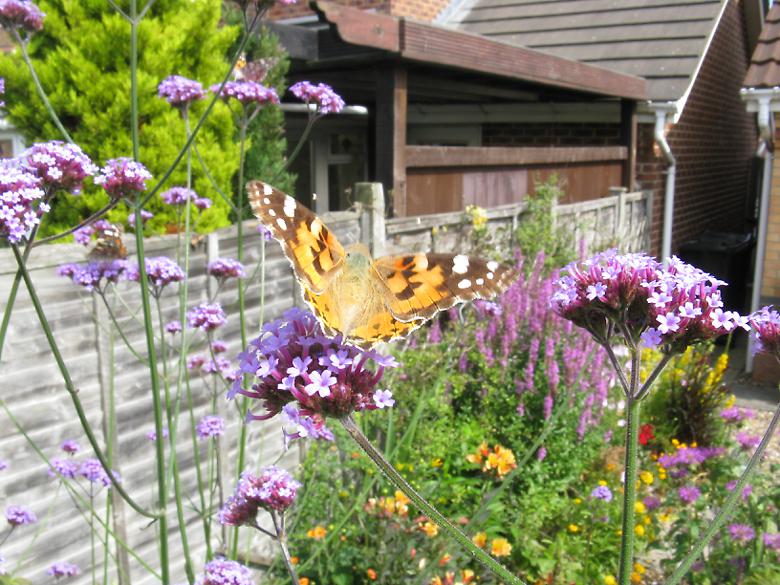 This appeared out of nowhere, grew quite tall and had a fair number of flowers. I guess I will have them for ever more now. 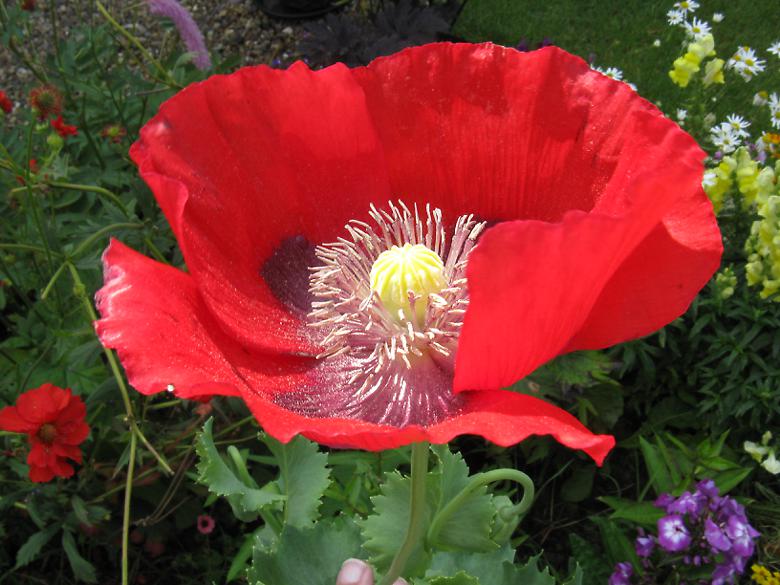 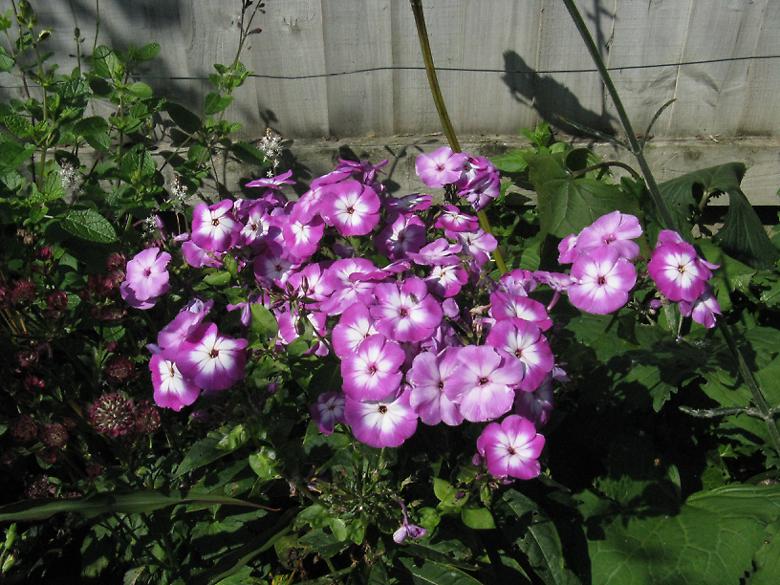 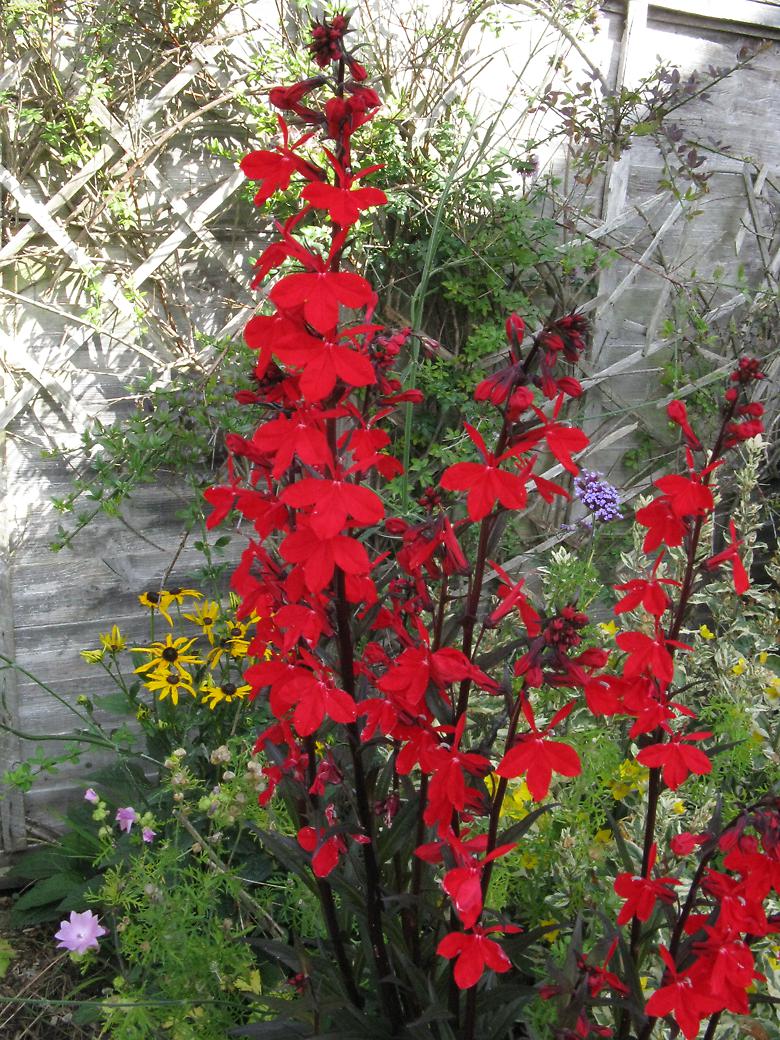 The Liatris are building up now after the first year lack of success, there are a couple of clumps now with 5 or so flowers each. 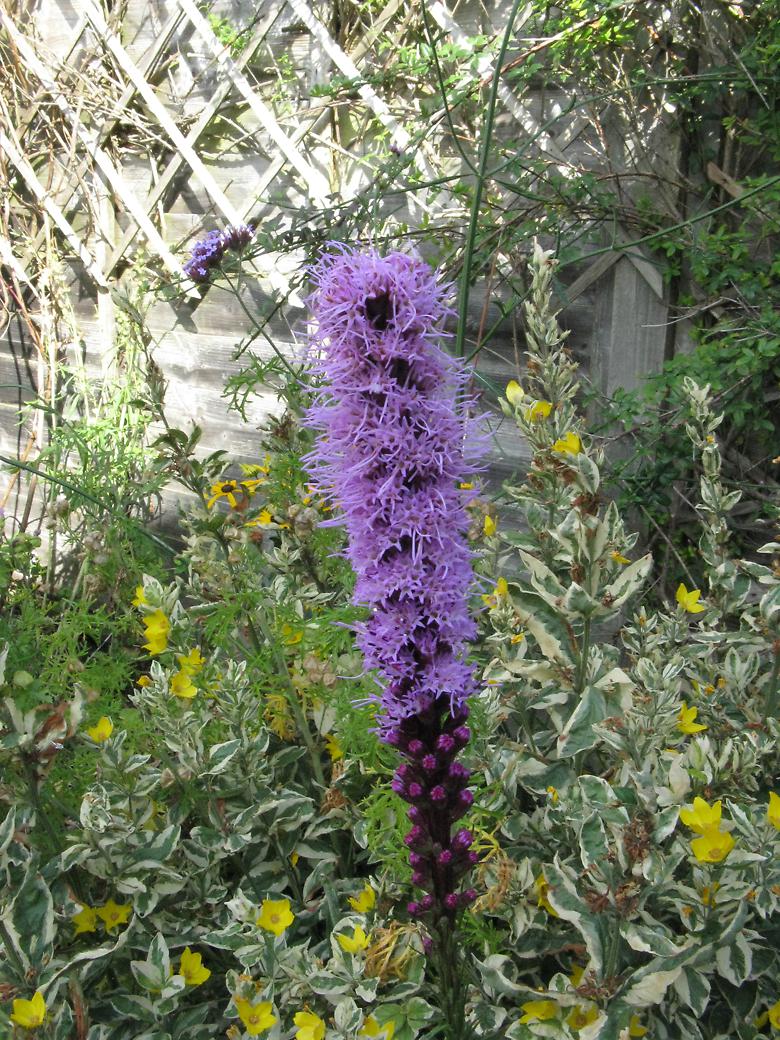 In the foreground is new this year Lythrum salicaria 'Feuerkerze'. This really took a long time to appear. In the background is Lythrum virgatum 'Rosy gem' which I've had since the first year. 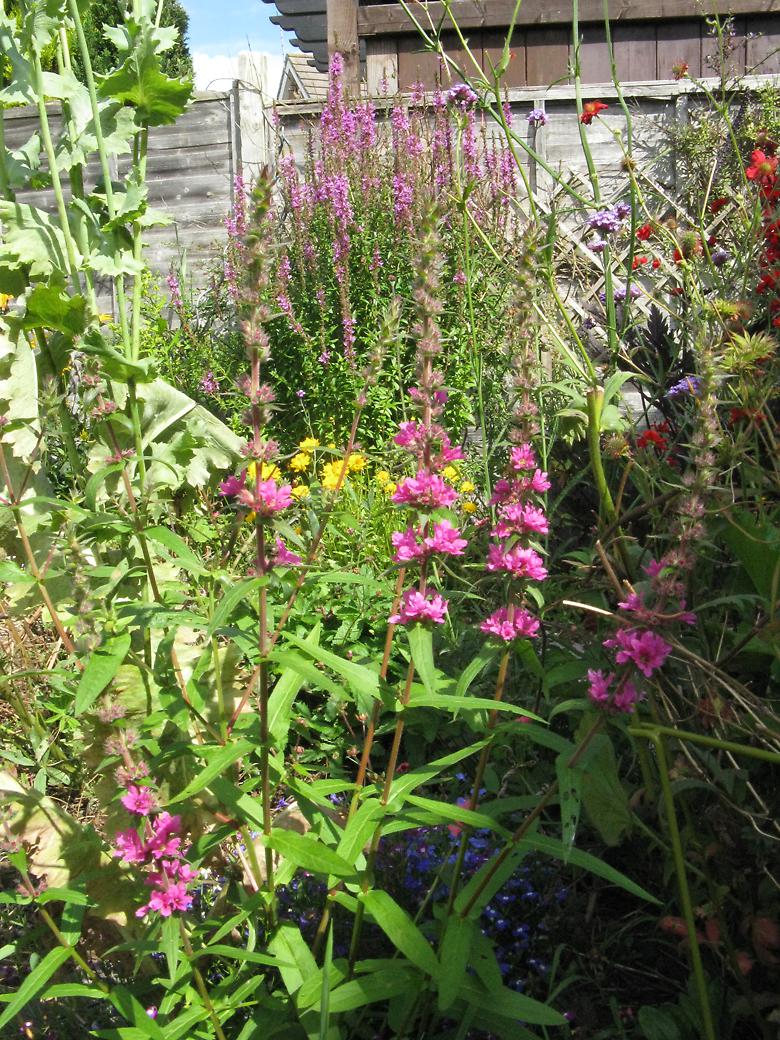 This is new this year, and hasn't grown particularly tall. 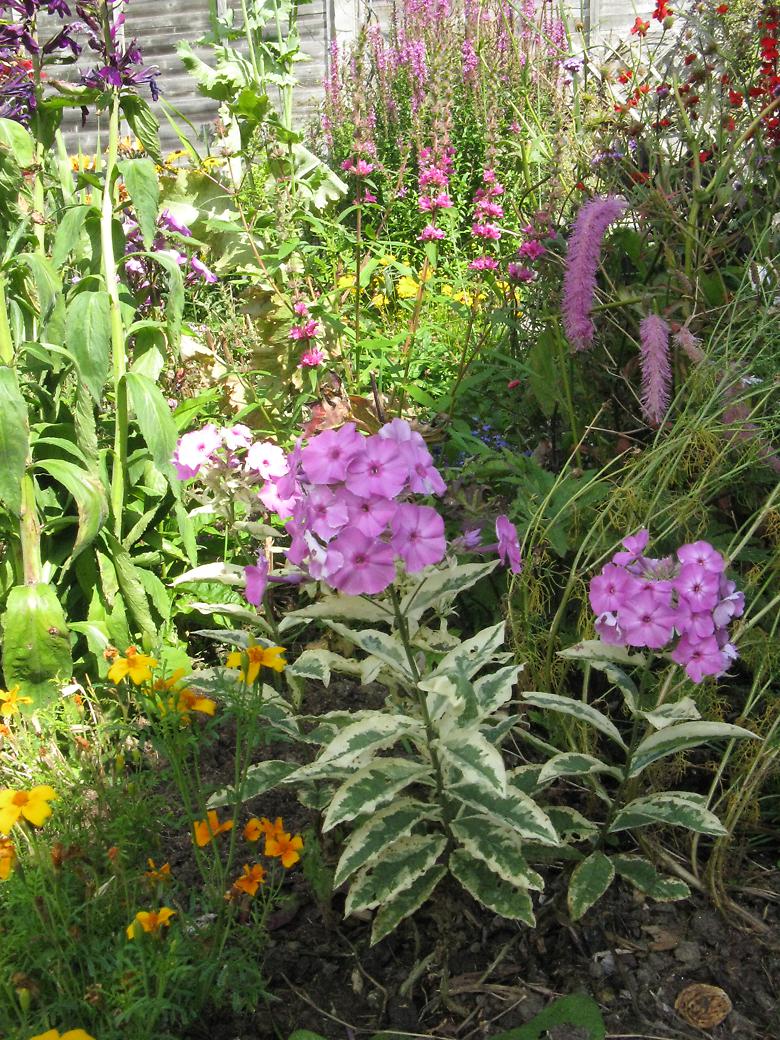 The Rudbeckia has spread very well and I've divided it into two. 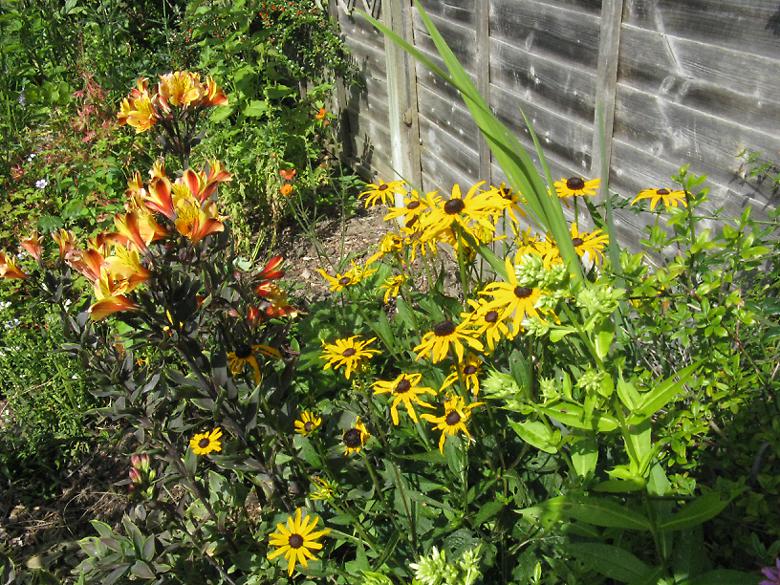 I've removed part of the outer row of hedging and started to plant it up. The plan is to have a flowering hedge of Salvia, Lavender and so on. While things are growing I got a tray of snapdragons to plant around and along with some self seeded California Poppies it is quite colourful. The Salvia at the left edge is S. 'Dayglow'. 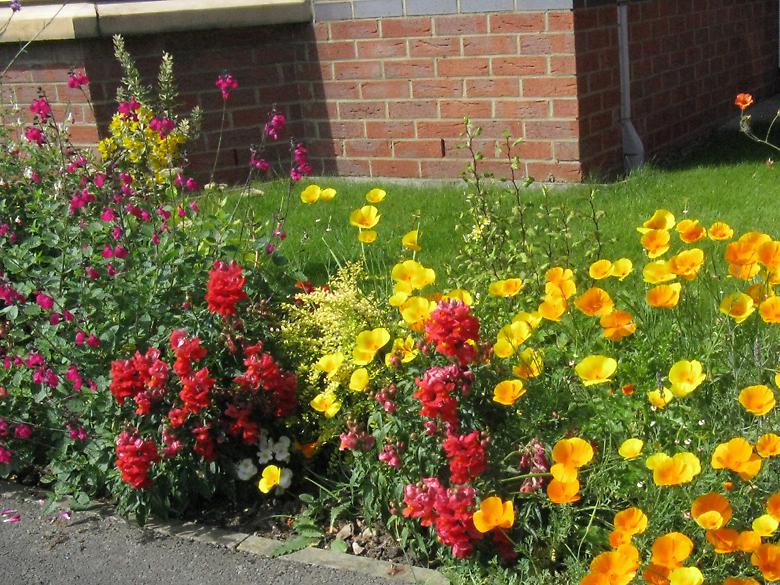 New this year. My existing one did return this year with some leaves but not a single flower, so glad I got these. 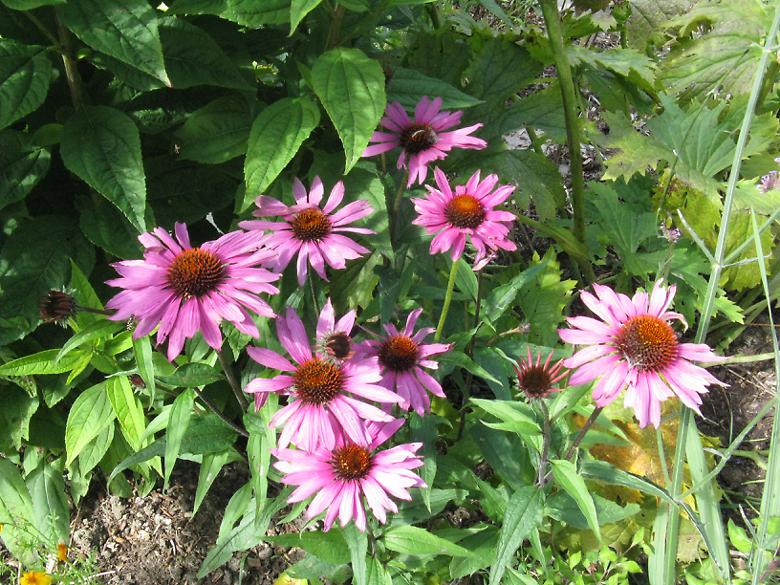 New this year, it has this single clump of flowers, hoping for some more next year. 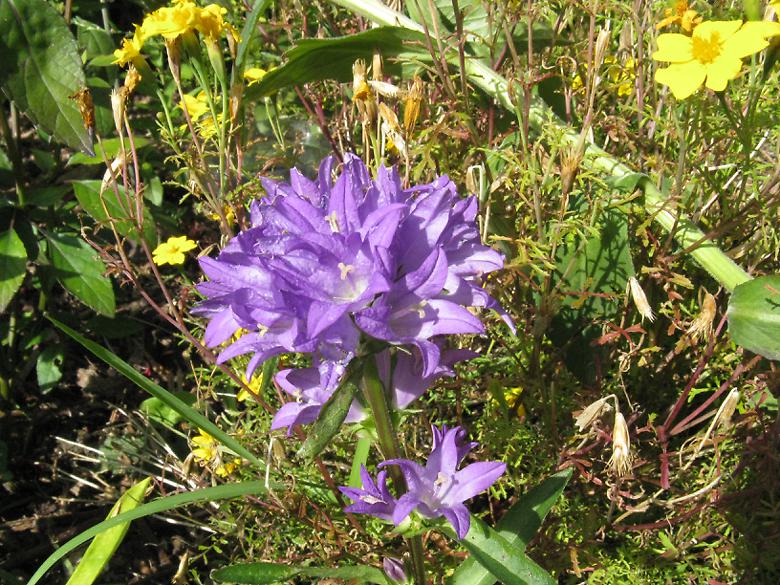 This is an interesting variation on the foxglove. It is supposed to be perennial. 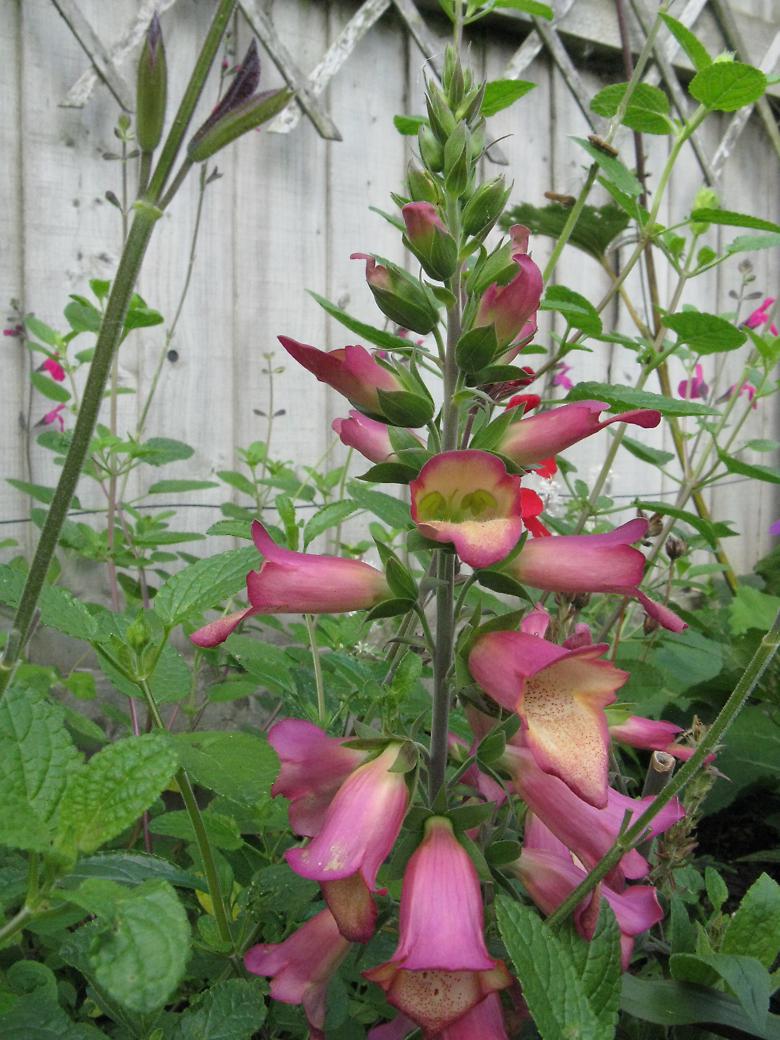 Both of the Echinops have flowered this year. Just a couple of flowers, but that is more than last year.

And a bonus bee. 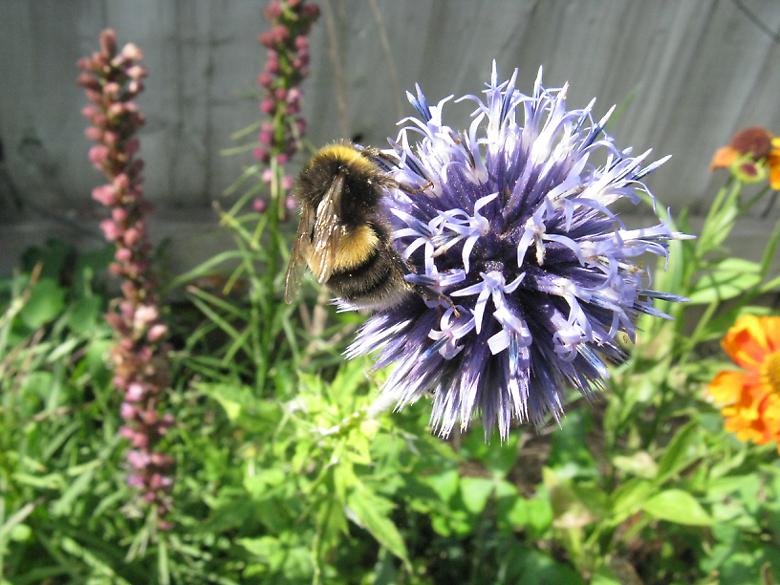 ← End of July round up End of September round up →