I'm late finishing this so just a quick look through some pictures this month.

Campanula medium
I grew these from seed last year, most of them turned out to be blue, but you can also see a pink one at the back. Strangely the blue ones had a very pyramidal shape, whereas the other colours were more like towers. They are an impressive mass of flowers, so I am glad I tried them. Will probably not be growing them again though. 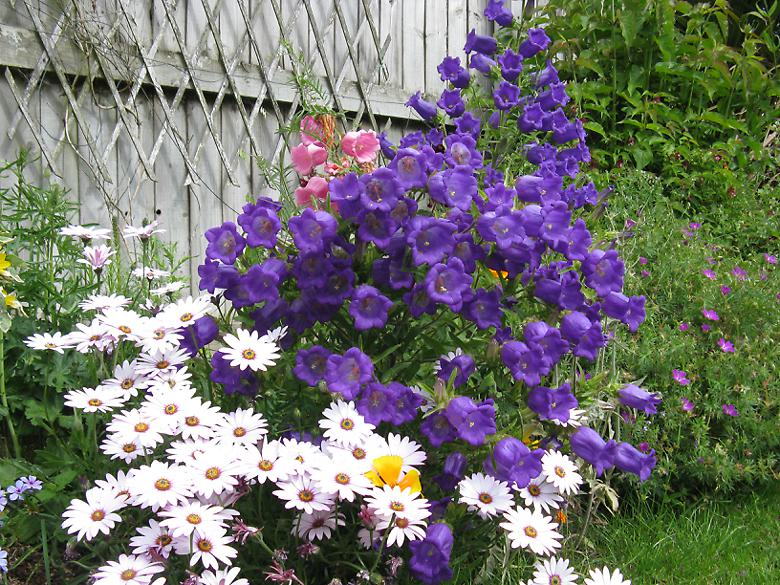 Potentilla
This came with the garden growing at the side where even the weeds won't grow. It didn't flower the first year so I moved it to a sunnier place, where it promptly got swamped by a Sidalcea and didn't flower again. So this year I moved it again, and it has flowered. I like the colour. 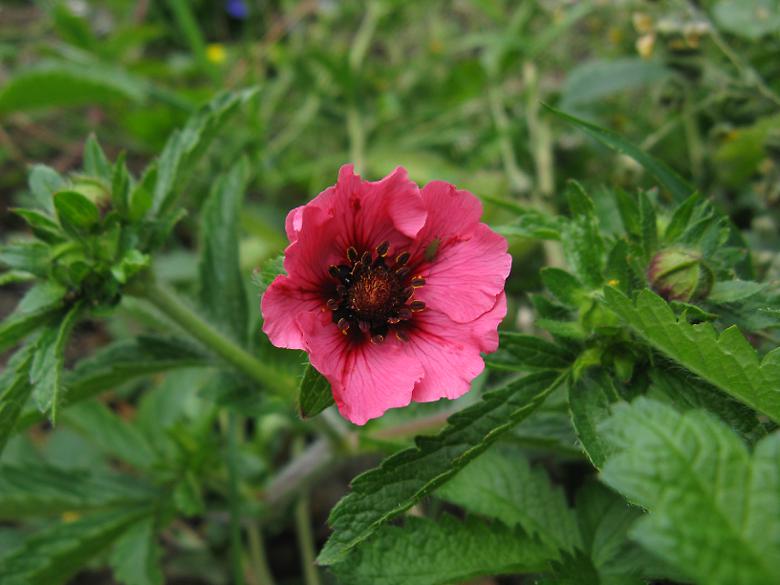 Ligularia przewalskii
Five flower spikes this year, I think there were only two last year. My other L. przewalskii which has nicer leaves also flowered this year, so it has survived it's brush with death last year. 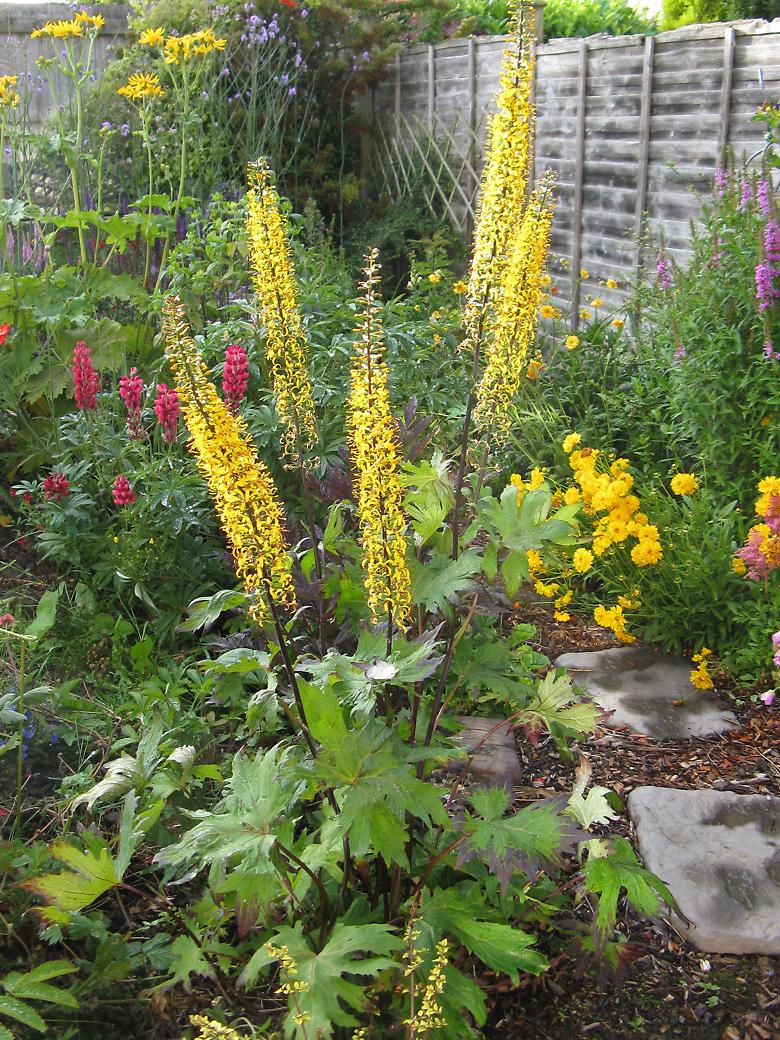 Ligularia × yoshizoeana 'Palmatiloba'
This was sold as L. wilsoniana but I do not believe it is as the flowers are completely different. This is a very tall plant and is even bigger this year than last. There were a lot of these flowers this year. It is also in the previous picture top left, where you can judge how tall it is. 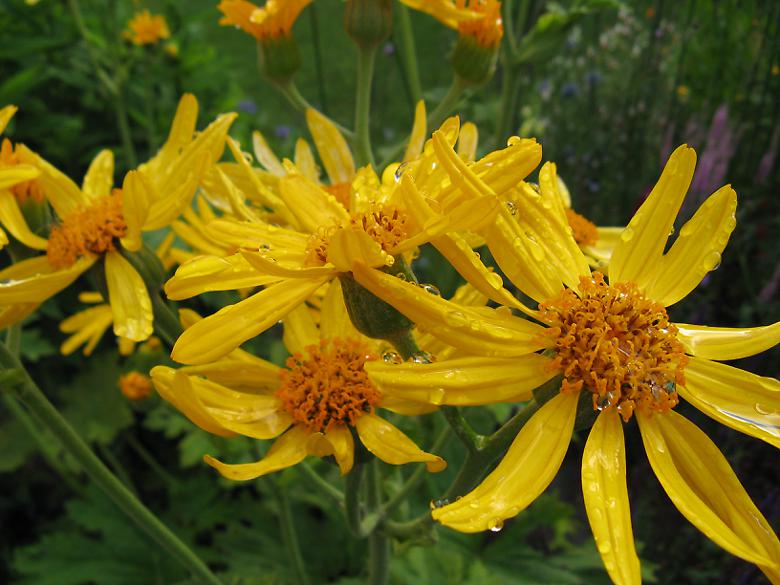 Digitalis × valinii Illumination rose (Illumination Series)
This is a perennial foxglove which is a hybrid of our native foxglove and a tender shrub Digitalis canariensis. Here it is in its pot waiting to be planted. 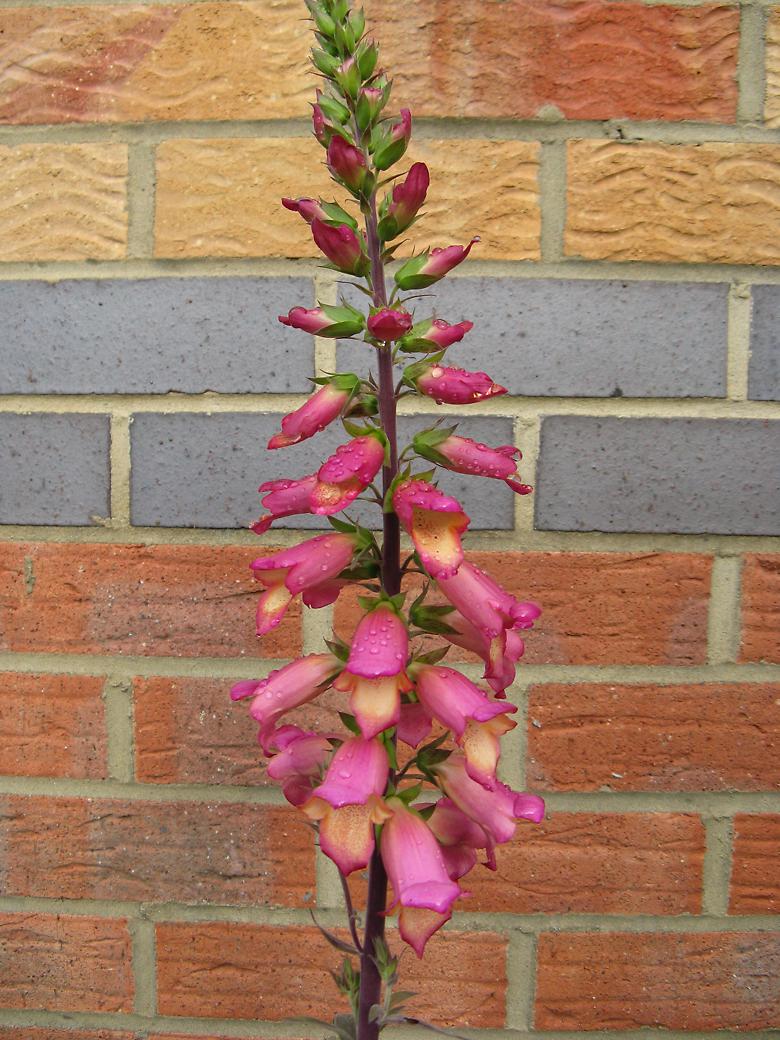 Veronica 'Pink Damask'
I really like this Veronica with its tall flower spikes. It tends to get mildew although it seems mostly fine until it has finished flowering. 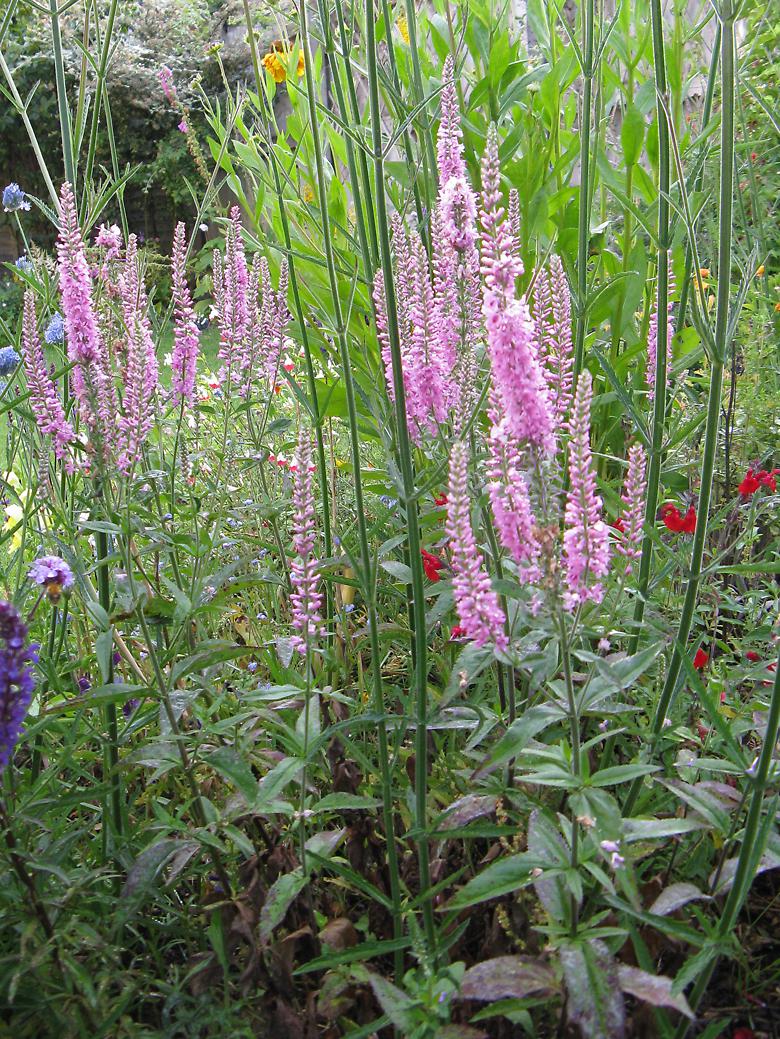 Malope trifida
I grew these from seeds that came free with a magazine. A very impressive flower that looks slightly unreal. 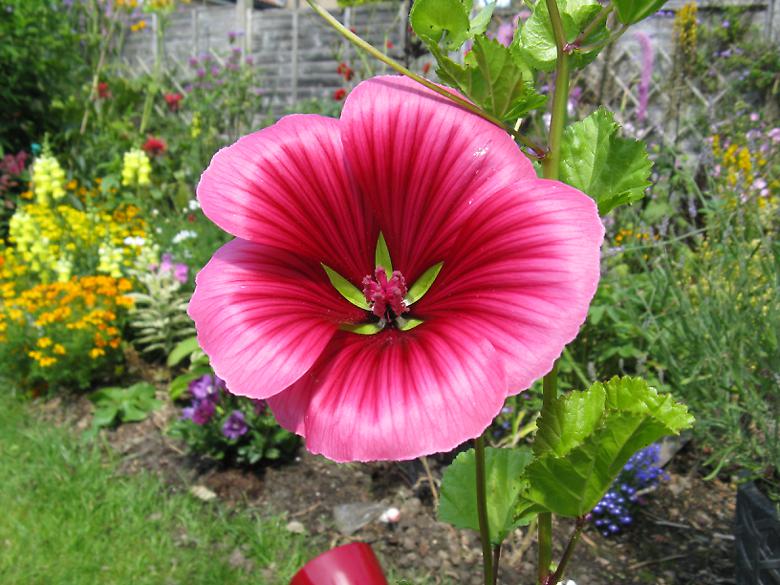 Lythrum virgatum 'Rosy gem'
My main patch of purple loosestrife. Another clump of this was just a single stalk last year, but this year is about 5 stalks. 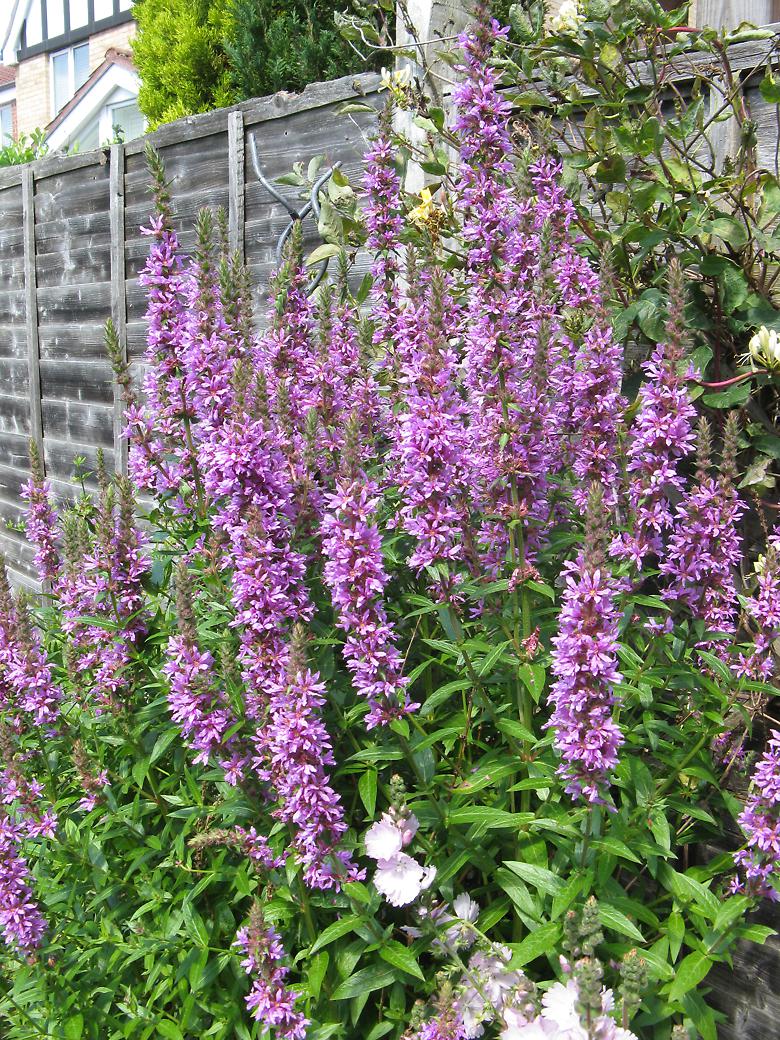 Veronicastrum 'Fascination'
New this year, it had two stalks, but one broke off in the wind. Fortunately it is well branched so there are plenty of flowers. 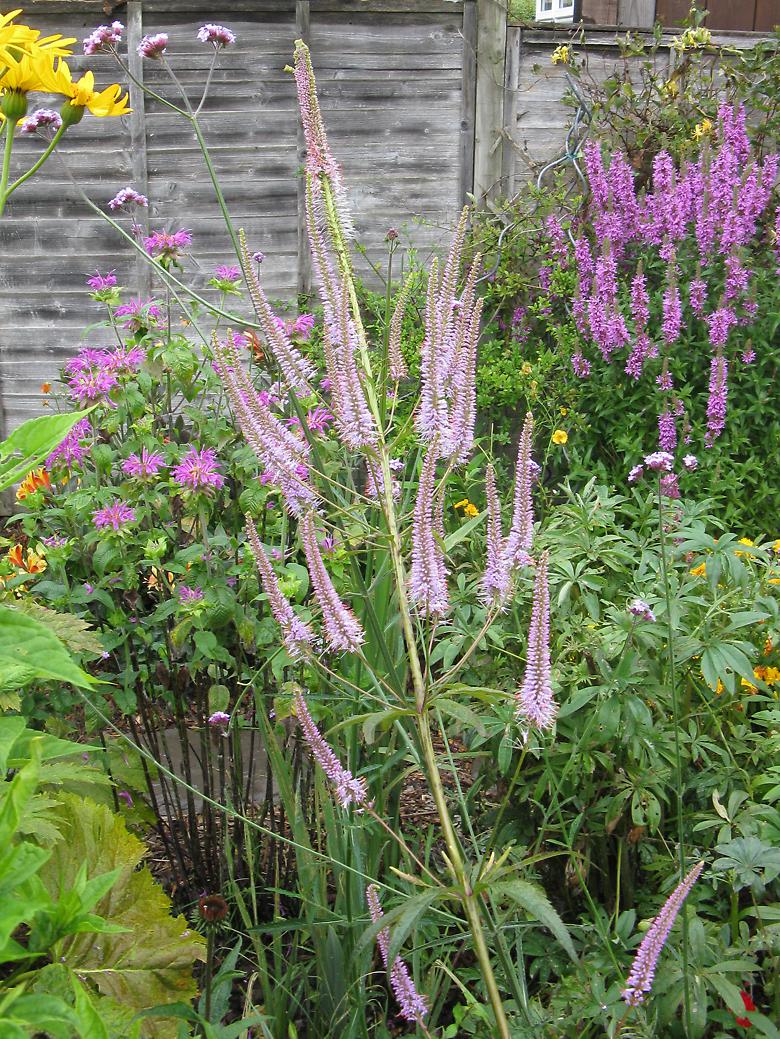 Brunnera macrophylla 'Silver heart'
Last year B 'Looking glass' did well but this year it was badly eaten, so isn't looking very good. However this one is taking up the slack this year. 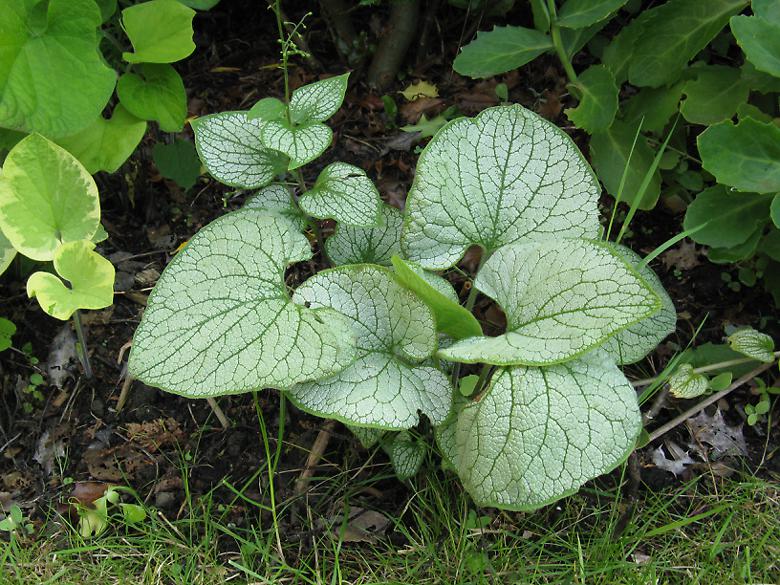