It was the hottest day of the year so far today peaking at 27C and then starting to cooling down. It wasn't even sunny for much of the day but you could still feel the heat.

Here is today's Six on Saturday

This seems to be one of the earliest Heleniums to flower. It's a great plant with strong thick stems that don't get blown over and lots and lots of flowers. 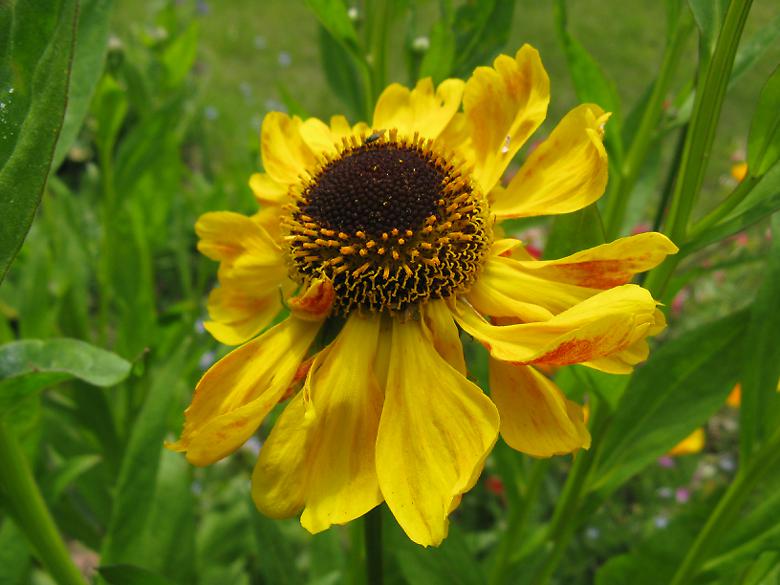 This has very large flowers and, this year, a good number of them. Last year there was a second flush too.

You may also notice that I have a bit of a Verbena forest this year. 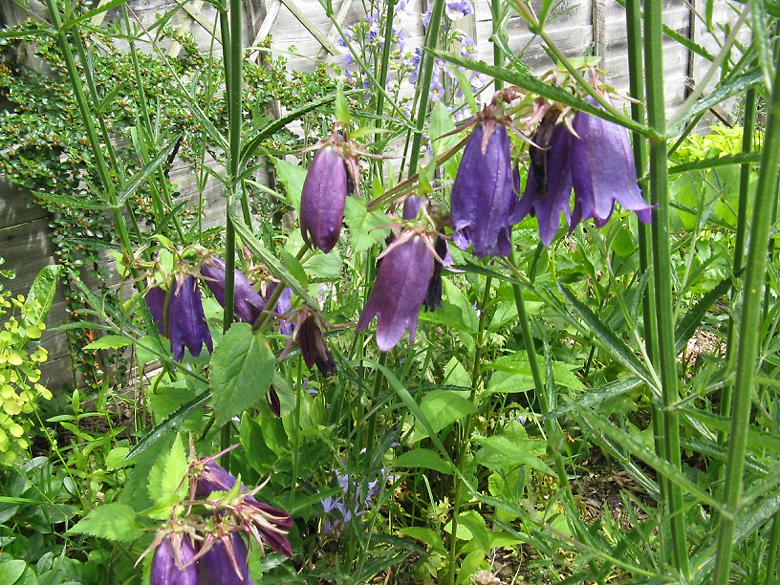 I grew these from seed last year. They have the same habit as foxgloves, the first year they are just a flat rosette of leaves, then they tower up and flower the next year. The seed packet said they were perennial, but most sources say they are biennial. Perhaps they sometimes last another year.

The flowers are big, about as big as the 'Sarastro' and a similar shape to that too.

I have a few, there is also a white one and a blue one already flowering. 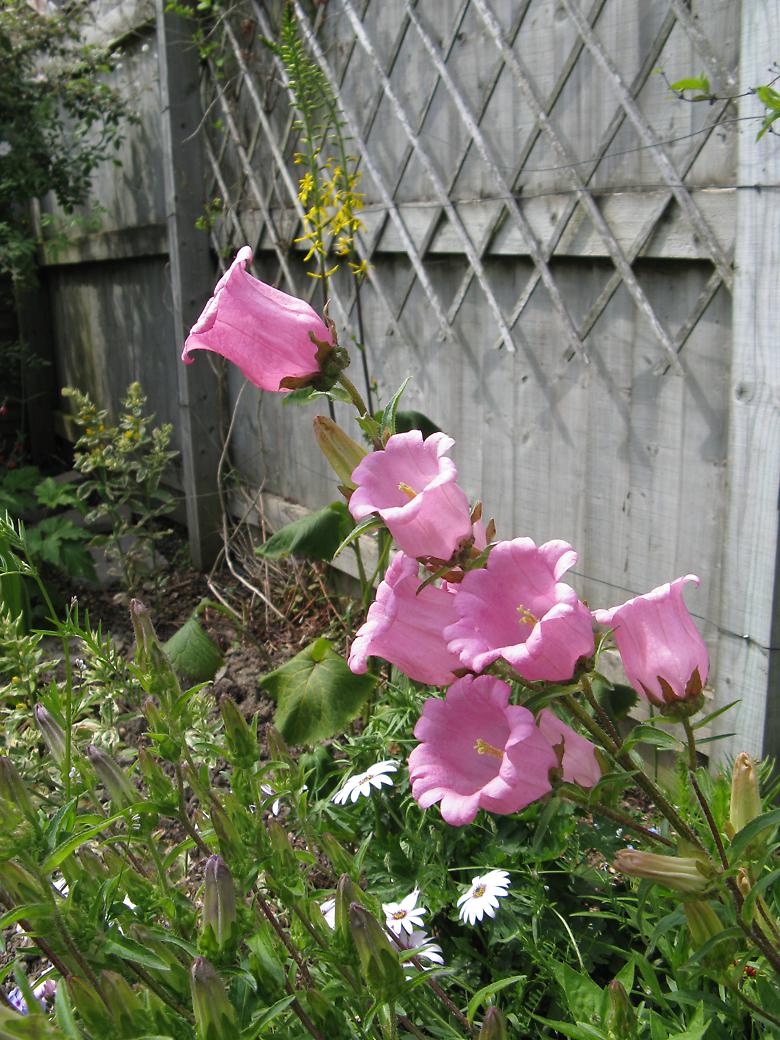 I thought I would get a Dahlia and this one caught my eye. I like the dark leaves, but the slugs like them more. 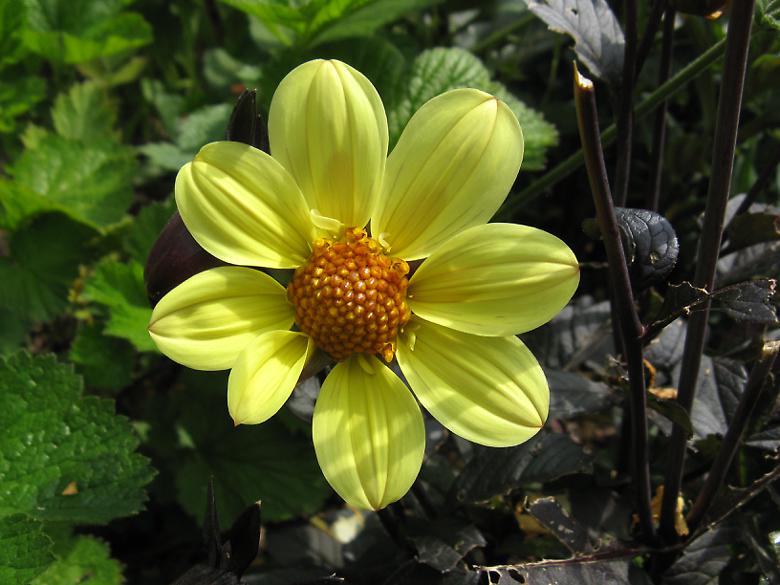 I cleared out this area which used to contain mostly Lysimachia punctata. I left some of the variegated form, removing all of the green leaved ones. See that lovely gray lumpy clay soil.

I left the foxglove until it has finished flowering.

You can also see my new Ligularia 'Zepta' with its leaves wilting with the heat. Its normal and they did get back to normal later on.

I know what you are thinking... it will be back. 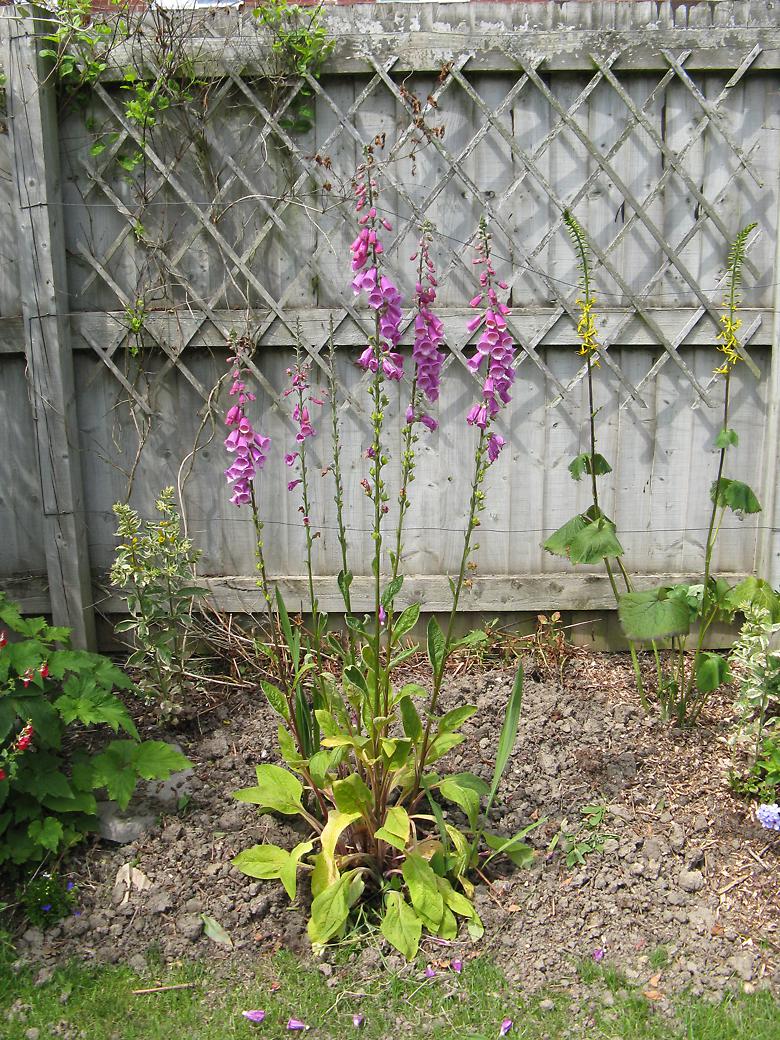 This is the best of the nemorosa type Salvias that I've seen. It is nice and tall. 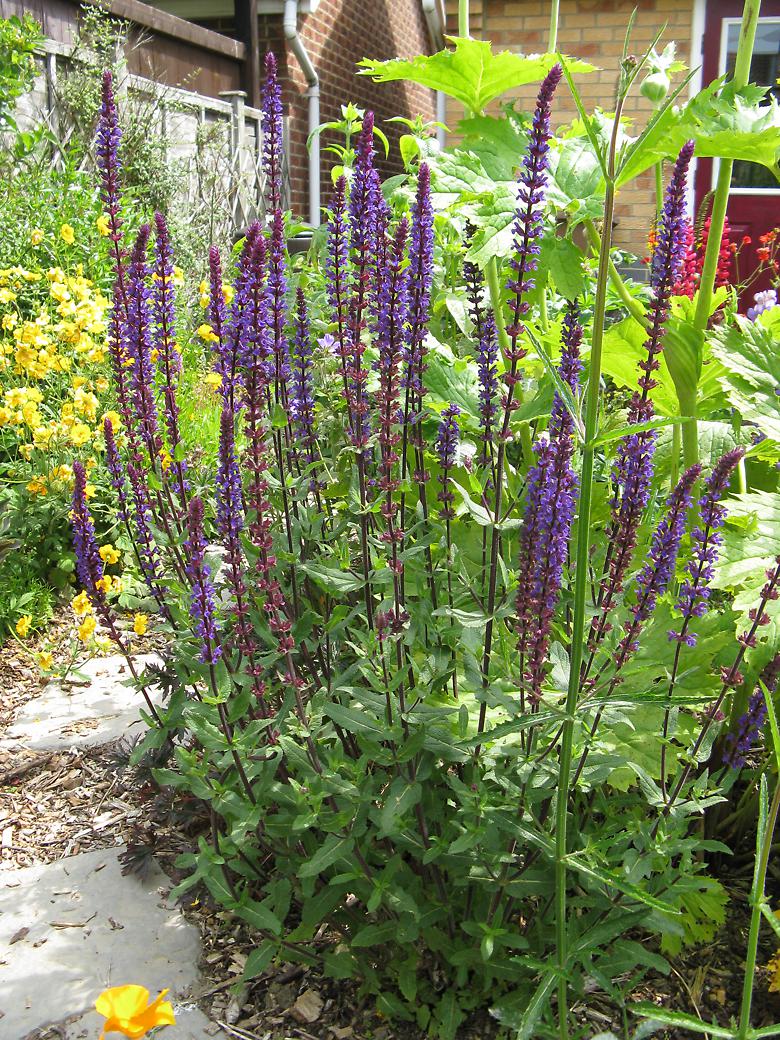 ← Wild orchids End of June round up →