It was a very wet month with 137mm of rain, which is almost exactly the same as the previous three months combined.

Photos from the month

Some events during the month that have not been previously shown.

Pyracantha
This was an amazing show this year, with the whole tree covered in blossom. Last year only part of it was covered. This year the clematis that grows through it has grown tall and fallen down, then grown up again covering a good portion of the Pyracantha. 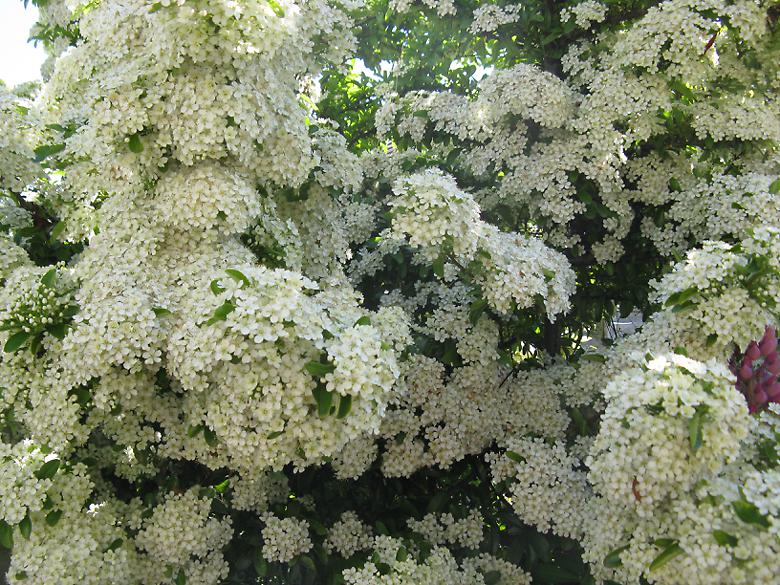 Gladiolus communis subsp. byzantinus
This is an early flowering Gladioli variety. Hopefully they will increase over the years, but it has yet to be seen if they will survive. They do further south. 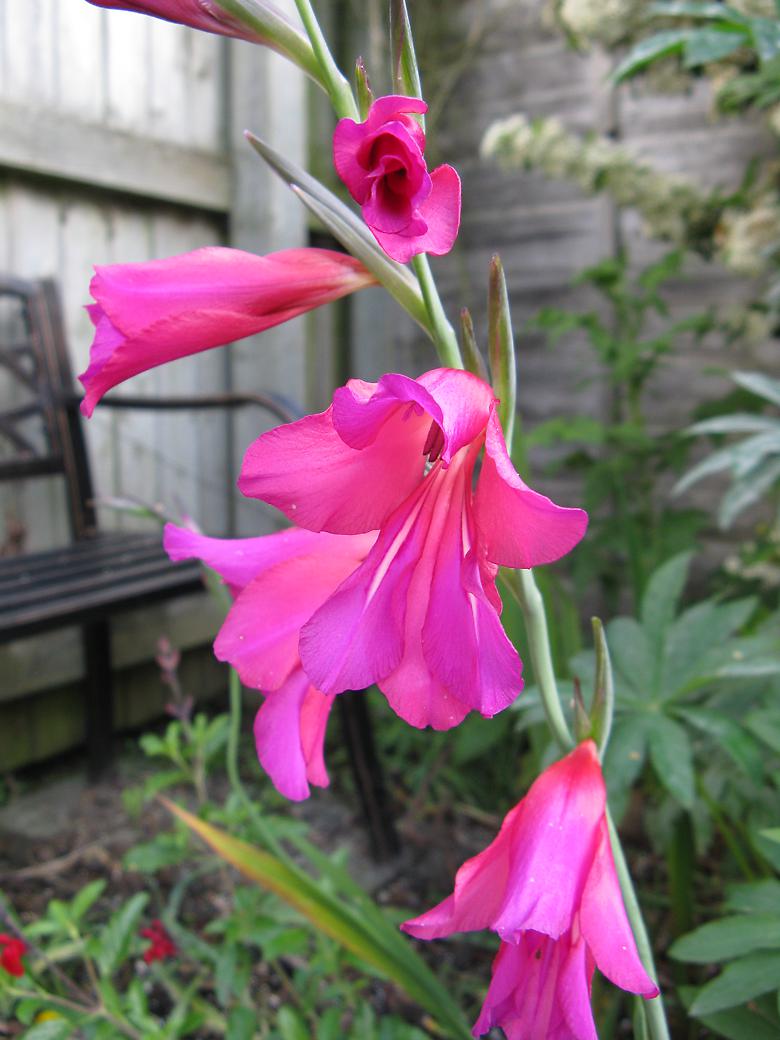 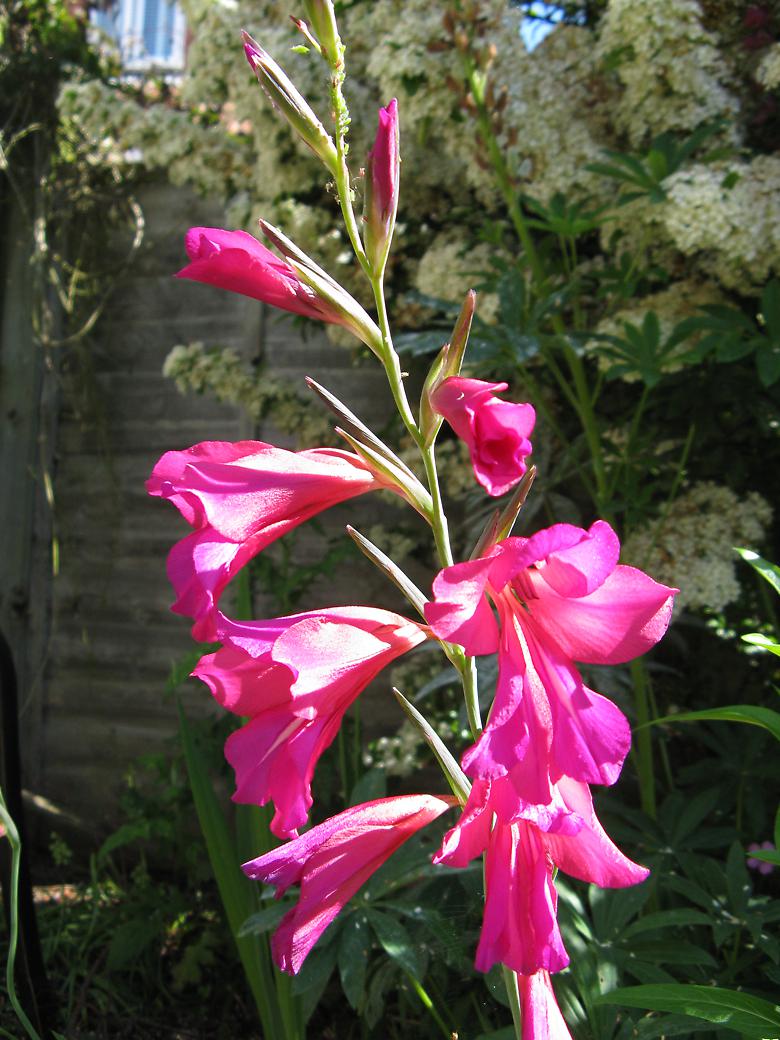 Allium
This appeared among the Tulips, presumably an imposter in the bulb order I made last year. So I don't know what it is, a search for "yellow Allium" brings up Allium molly. That isn't one that is sold by Rose Cottage plants however, and the couple of yellow ones that they do sell, look nothing like this. 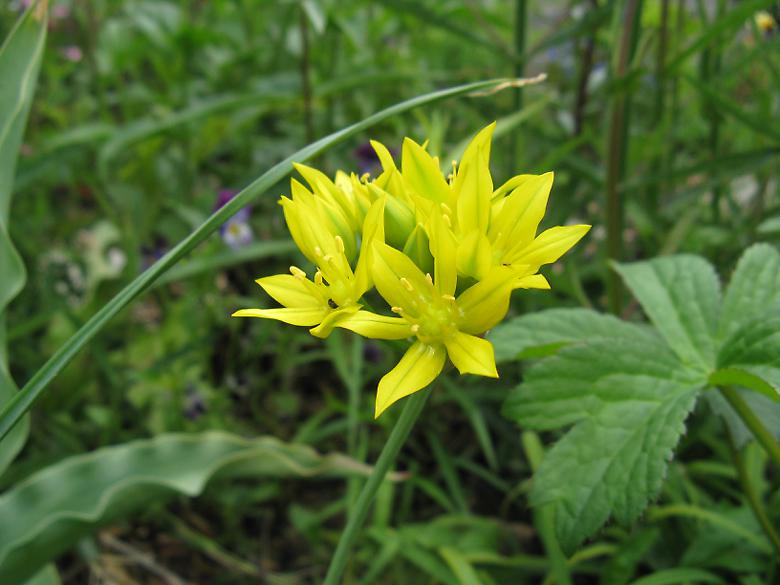 Teasel progress
The teasel took up a lot of space last year with very large basal leaves, but this year it takes almost no room but is very tall. The flowers are beginning to form. 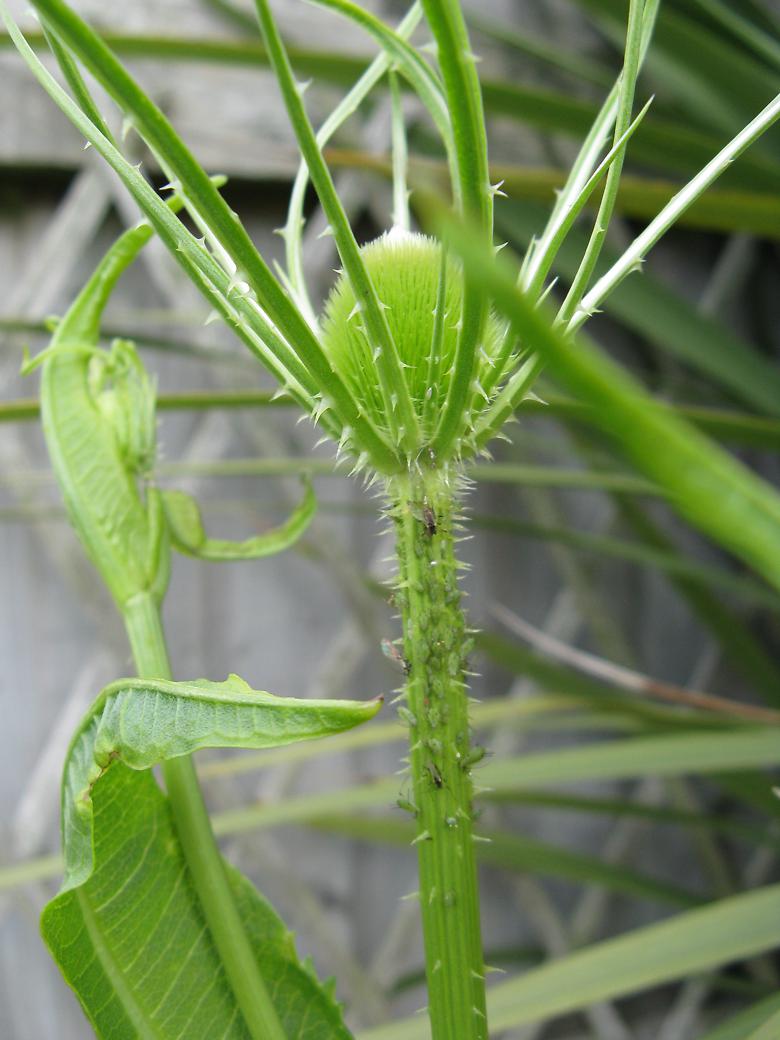 Rose flowering
The rose that has been growing without flowering since I have been here has now produced its first flowers. 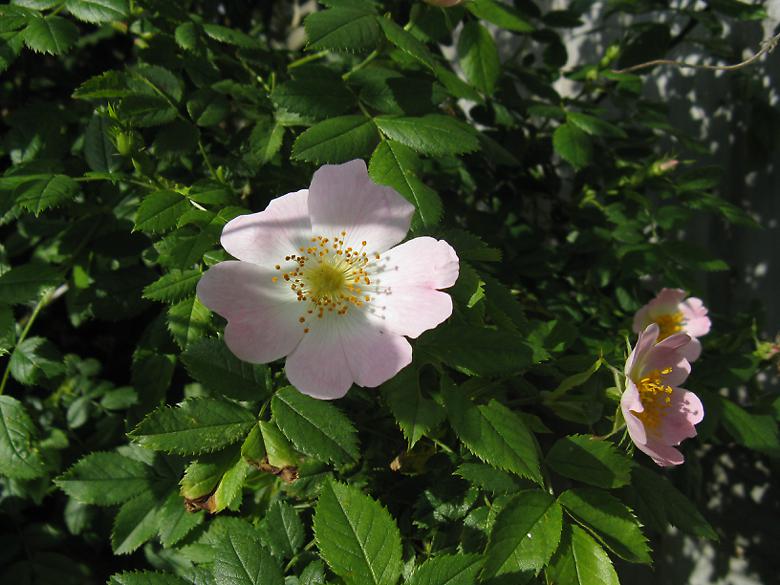 Thalictrum
This has been growing since I arrived here. Probably from seed as there seems to be a number of separate plants. It has been growing larger over the years but has never flowered.

The leaves are small and resemble a Maidenhair fern and I did wonder if it was at one stage.

Now that it has flowered, I think it is definitely a Thalictrum, but which one? The flowers are tiny, much smaller than any of the cultivated ones that I've seen. The leaves are also smaller and more delicate than the cultivated varieties I've seem recently. My best guess is Thalictrum minus but my certainty is very low as there are a lot of similar ones. 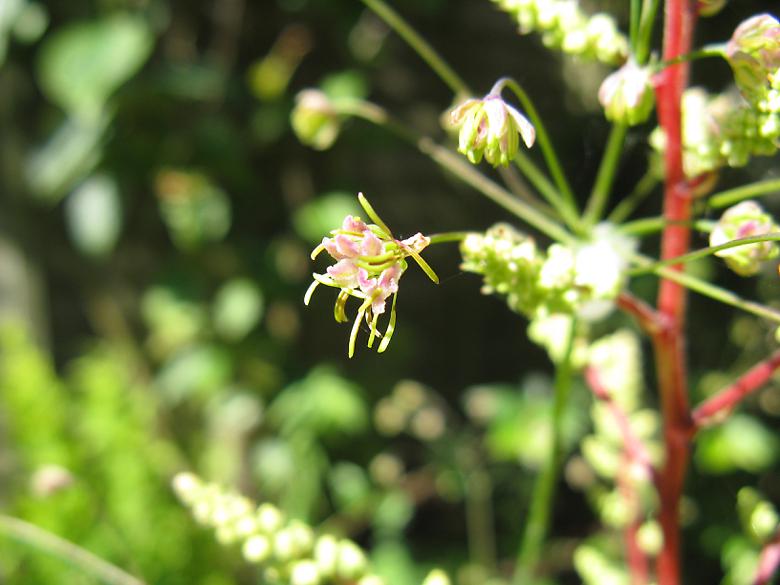 Phlox divaricata subsp. laphamii 'Chattahoochee'
Newly bought and planted this month. This is a low growing species of Phlox and is a mass of flowers. 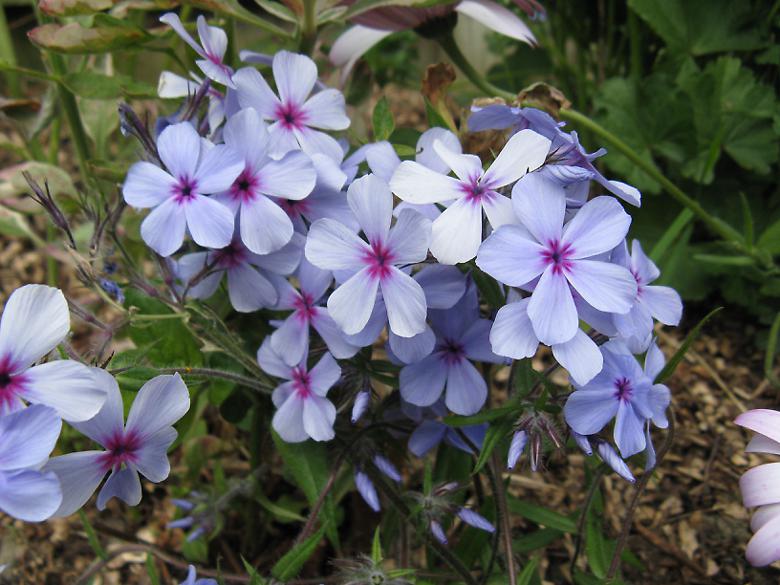 Gazania
I also bought this Gazania which is supposed to open more than usual, but it has spent a lot of the time closed even when the sun is on it... 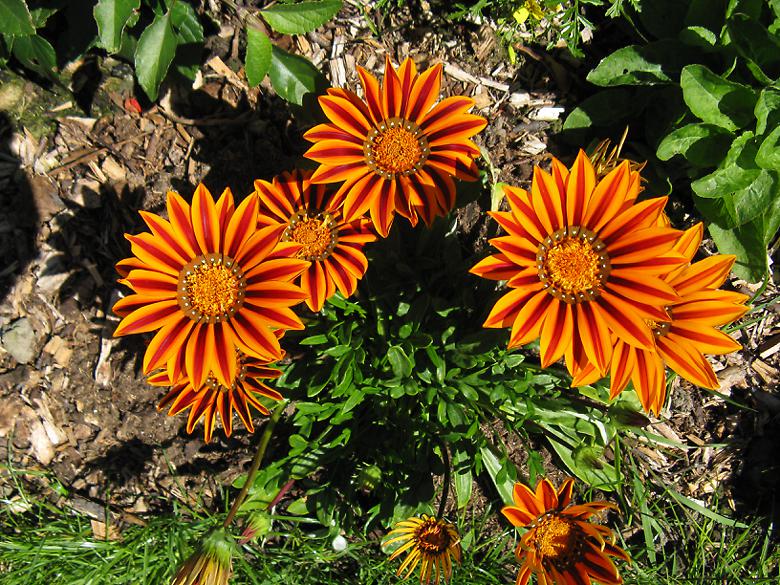 I started removing the section of the back border containing the Lysimachia puncta. The tulip bulbs are being lifted and saved for autumn. Currently the new Phlox and Ligularia are planted there.