There was very little rain this month, I think it has only rained once. It has been dry for a long time now, although not always accompanied by hot sunshine. The last two weeks have all been very sunny, on many days the sun was shining all day and most days there was at least some sun.

For this months round up, we will start with what is flowering, you can compare with June last year.

Pictures of many of the plants that were flowering at some point during the month. More can be found in the other blog posts this month.

Knautia macedonica 'Melton Pastels'
This flowered well during the month. Many flowers, well liked by the bees too. I would not really describe the colour as a pastel shade... 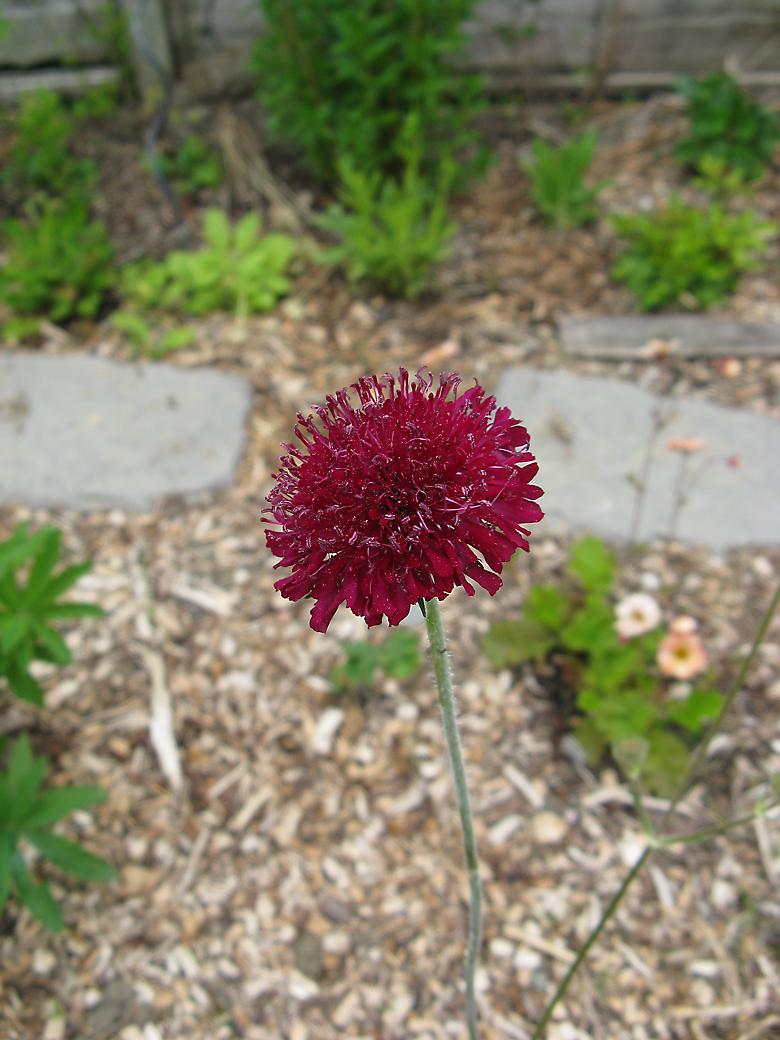 Centaurea
For some reason this flowers much later in my garden than anywhere else. It finally had its first flower on the 16th. 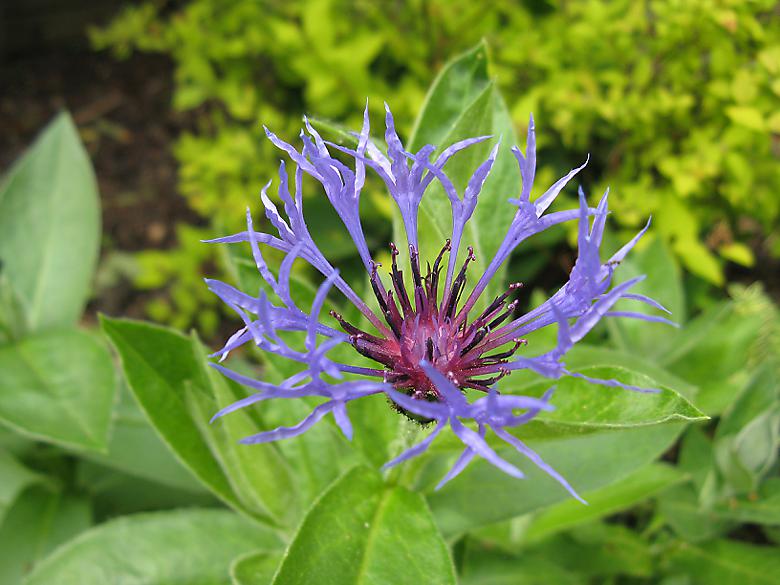 Veronica austriaca 'Venice Blue'
This returned from last year, it was not much bigger and unfortunately is rapidly became overshadowed by the Sidalcea you can see in the background so I will have to move it. 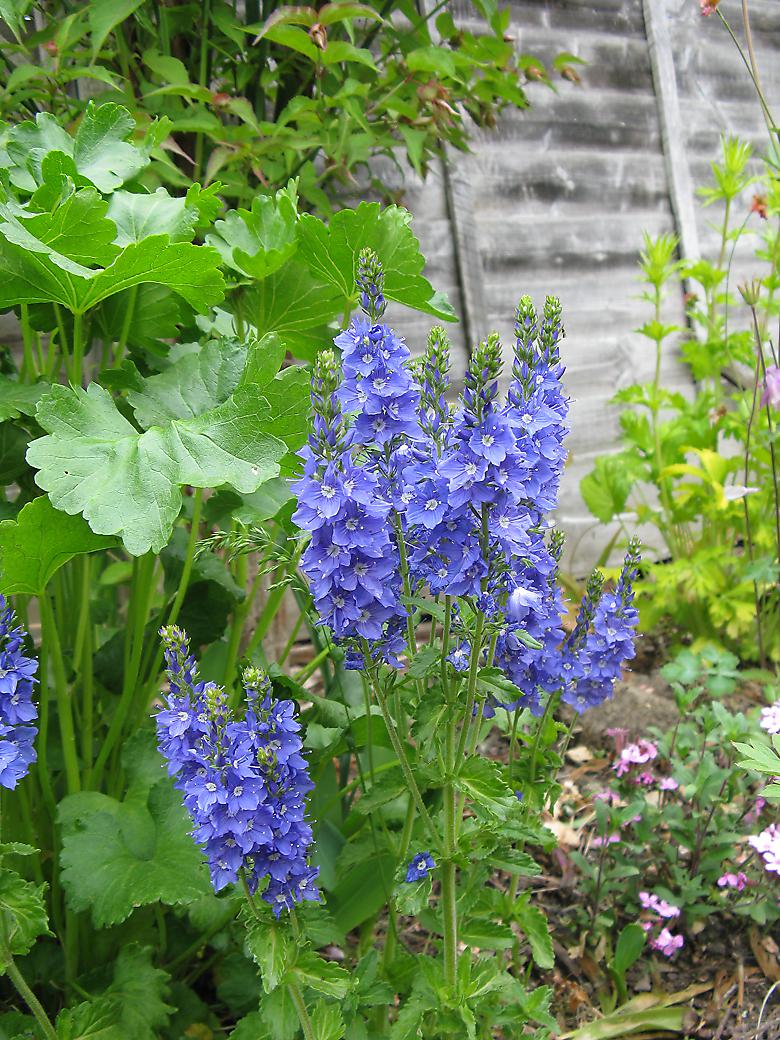 Actaea pachypoda 'Misty blue'
This flowered and then it started to wilt and it now appears dead. I only planted it in April. Here it is when it was flowering. 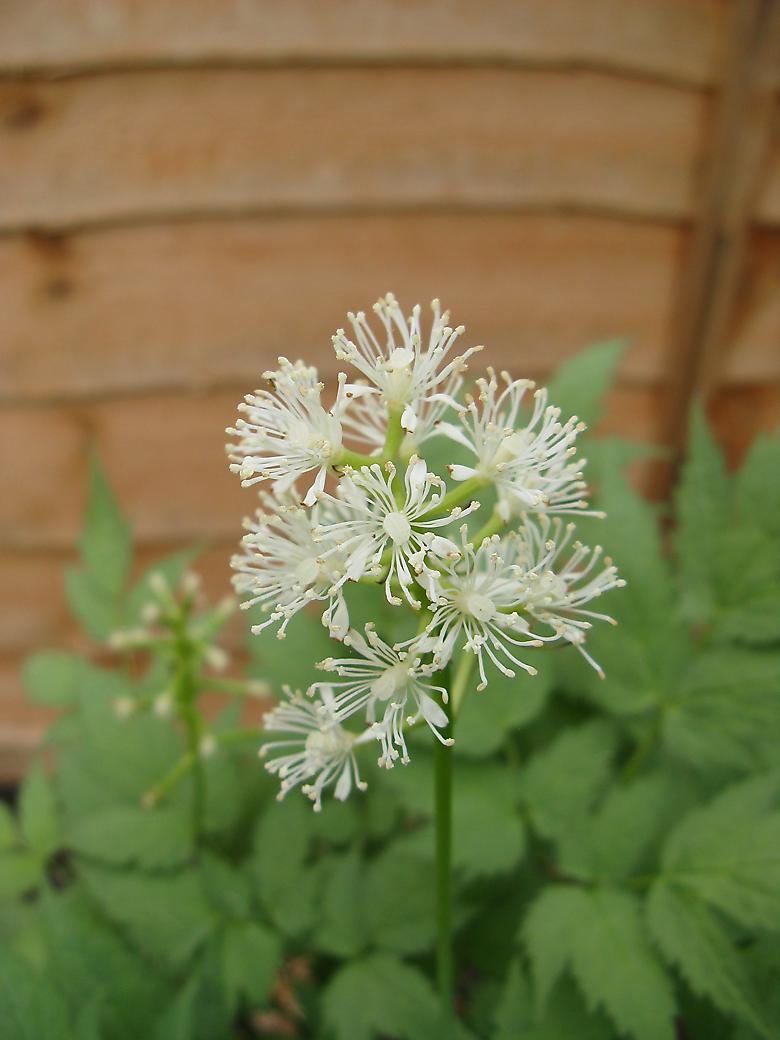 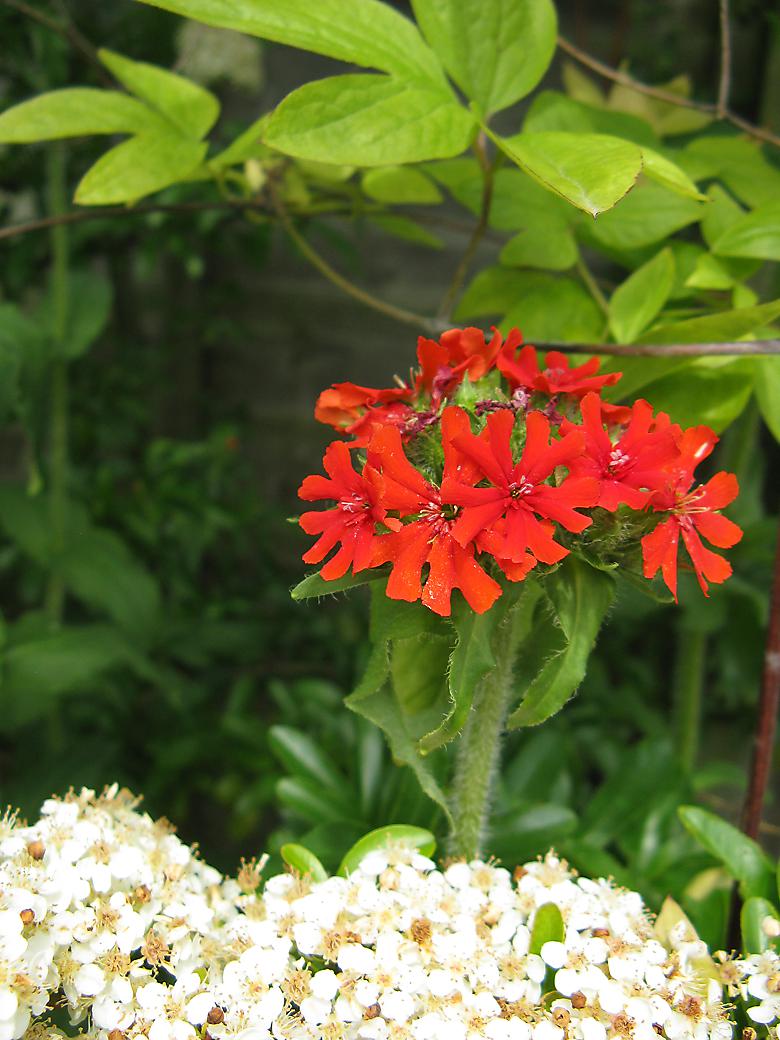 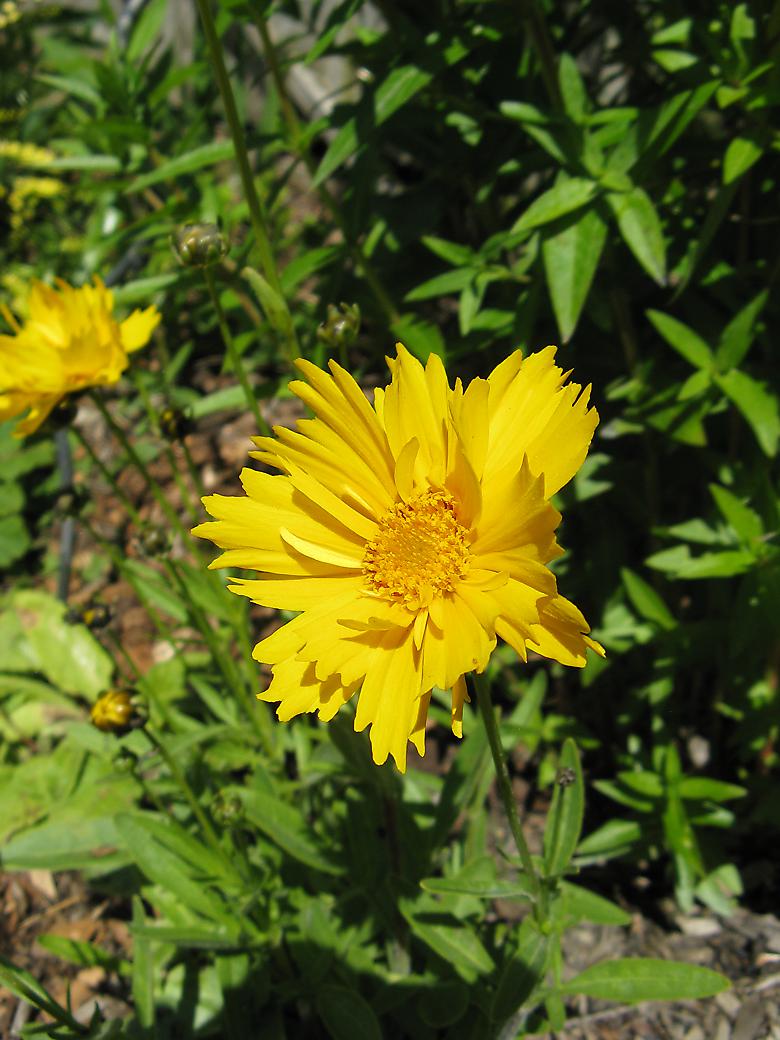 Campanula 'Sarastro'
These flowers seem unnaturally large compared to the size of the plant. There are three large bells here, one of them is hidden. 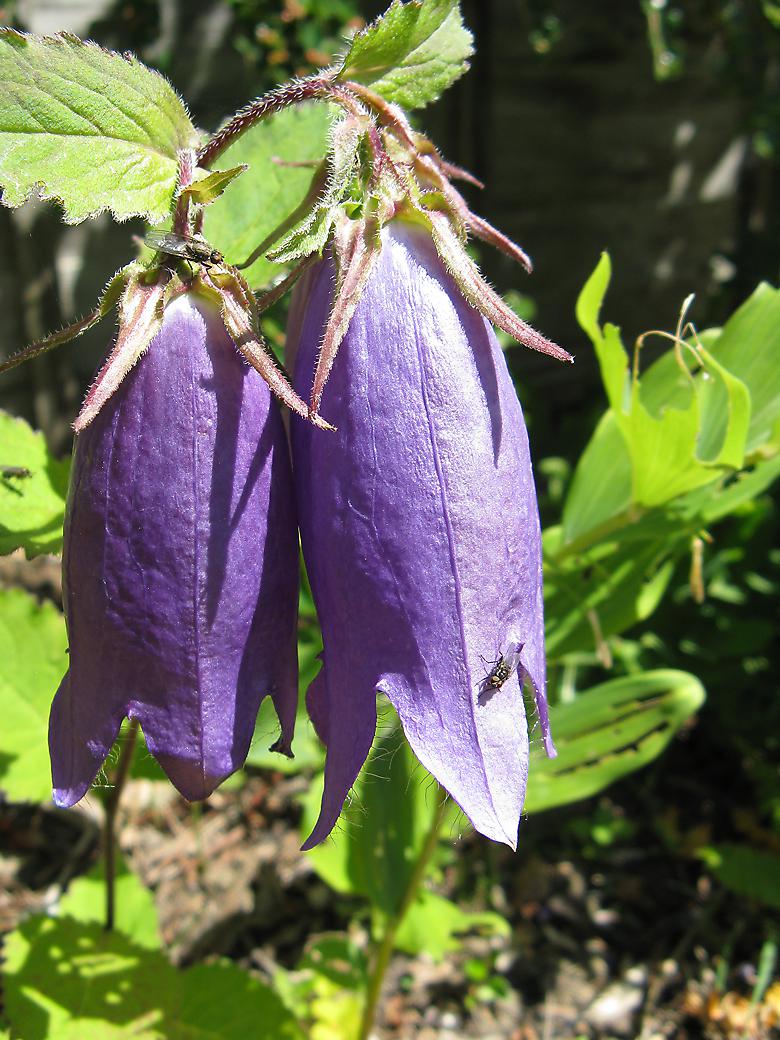 Campanula 'Samantha'
A Campanula with upturned saucer like flowers, some are almost flat. Lots of flowers on this plant, which unfortunately was partially munched. I hoping this will spread well as it should be quite a sight when it is larger. 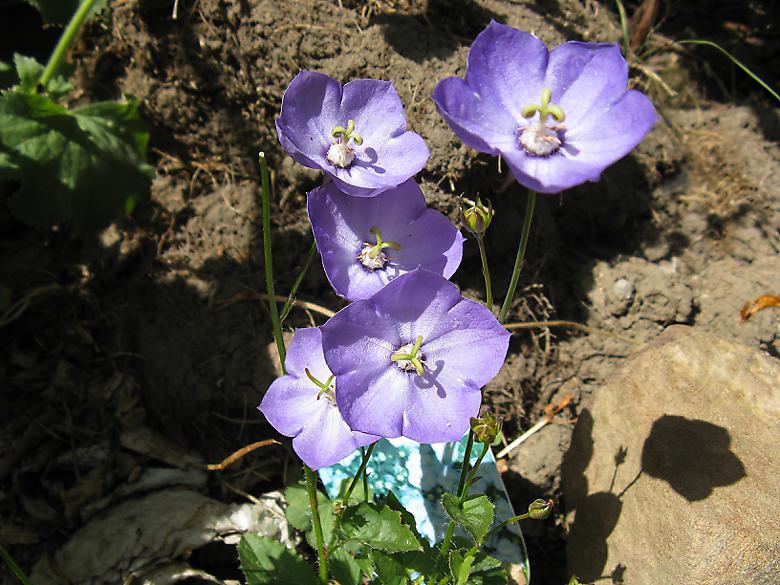 Salvia nemorosa 'Caradonna'
New this month was already flowering when I got it. Seems to be quite popular, I've seen it on a few blogs and why not, it has impressive tall flower spikes. Much better than the one that died over the winter that it is replacing. 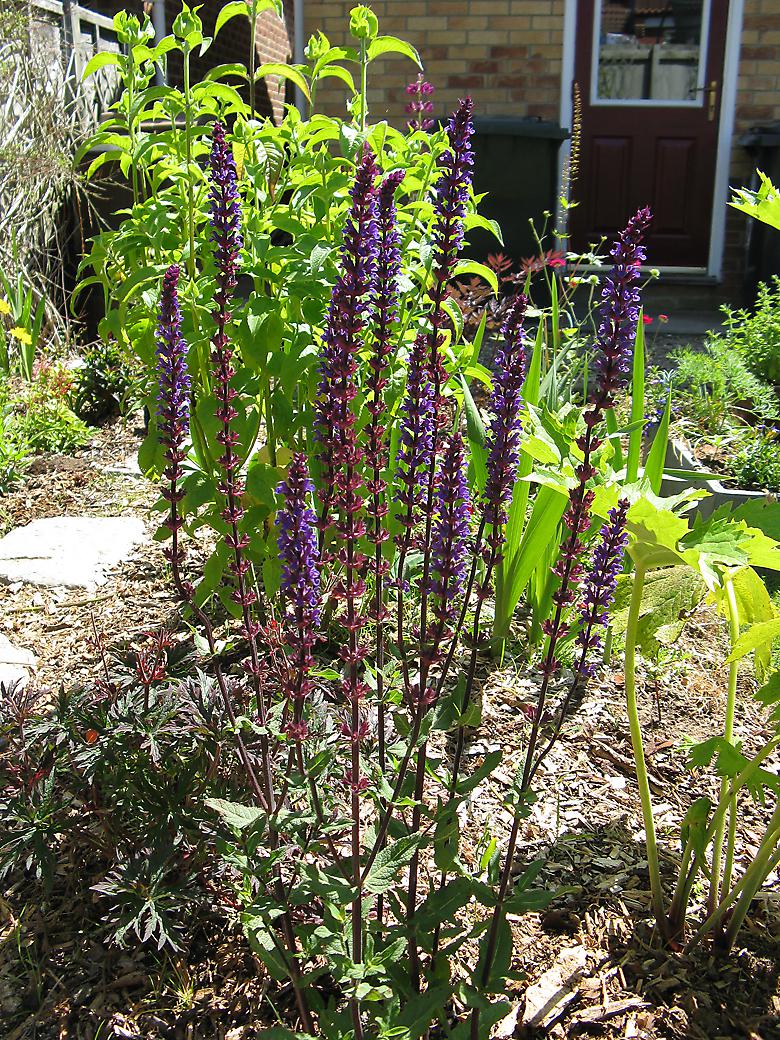 Eryngium × zabelii 'Neptune's Gold'
This did absolutely nothing last year, remaining the same size as when it was planted. This year it has thrown up a multitude of flowers. The leaves are a lime green / yellow and the flowers are blue with electric blue bracts. Well liked by the bees. 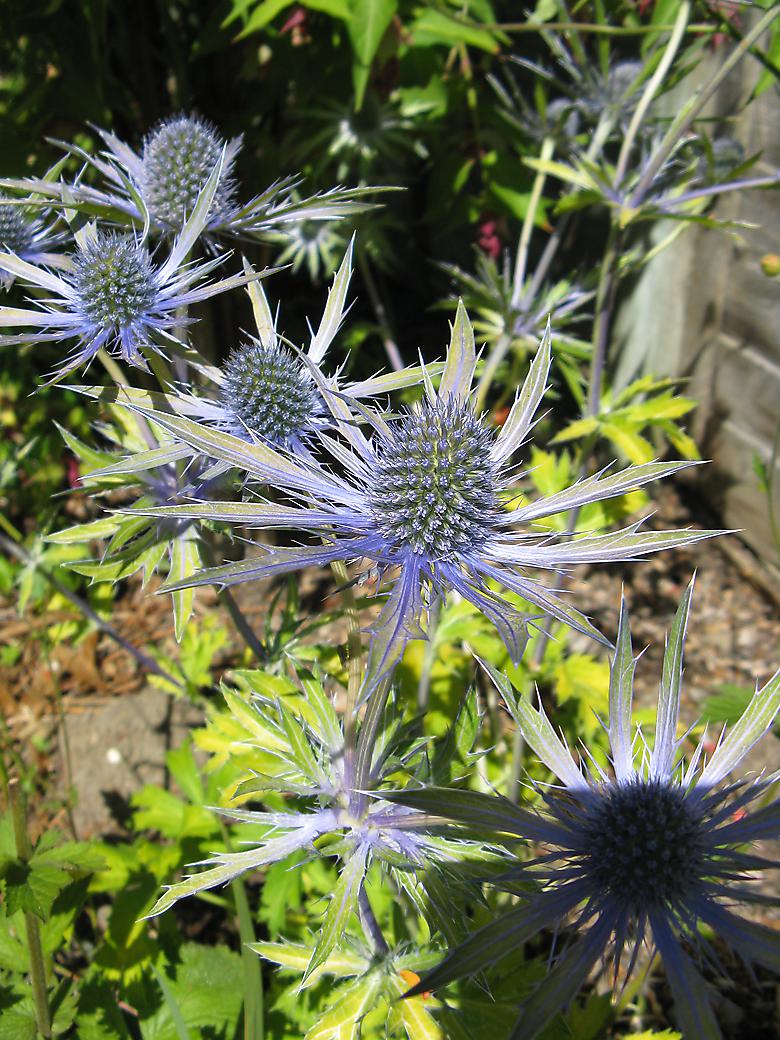 Lythrum and Lysimachia
The Lythrum salicaria 'Robert' and some of the Lysimachia punctata together in this picture. 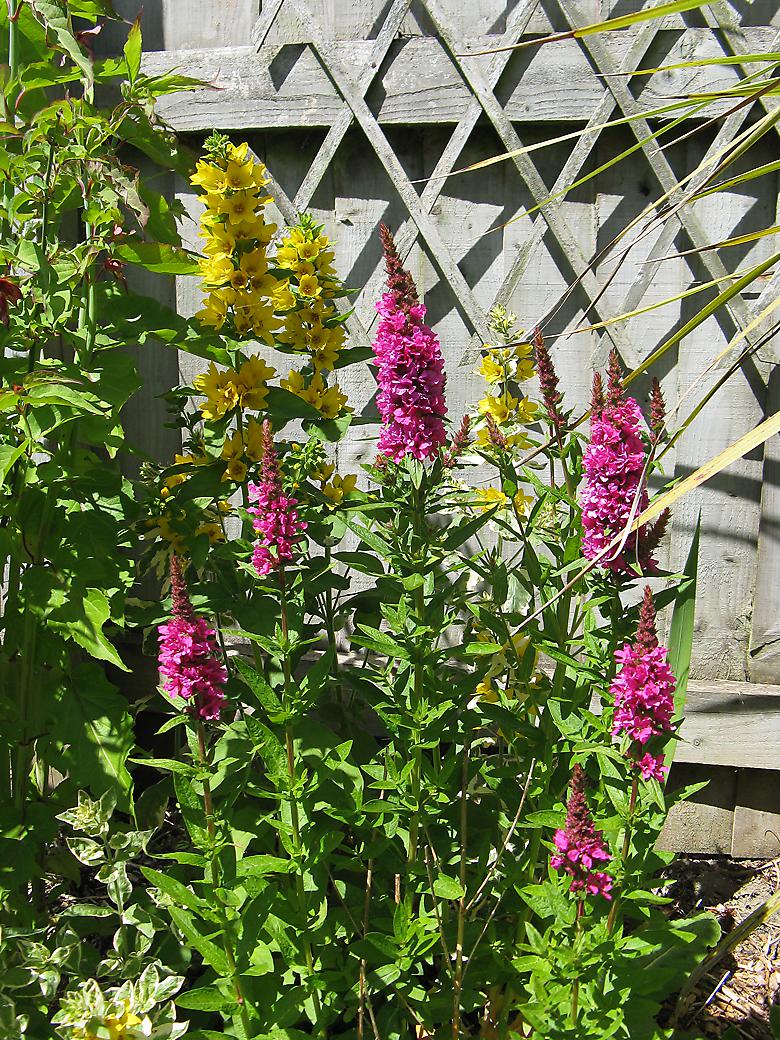 Petunias
Petunias in the Rosemary container are having a very good display at the moment. There is also some verbena in there too with a similar colour. 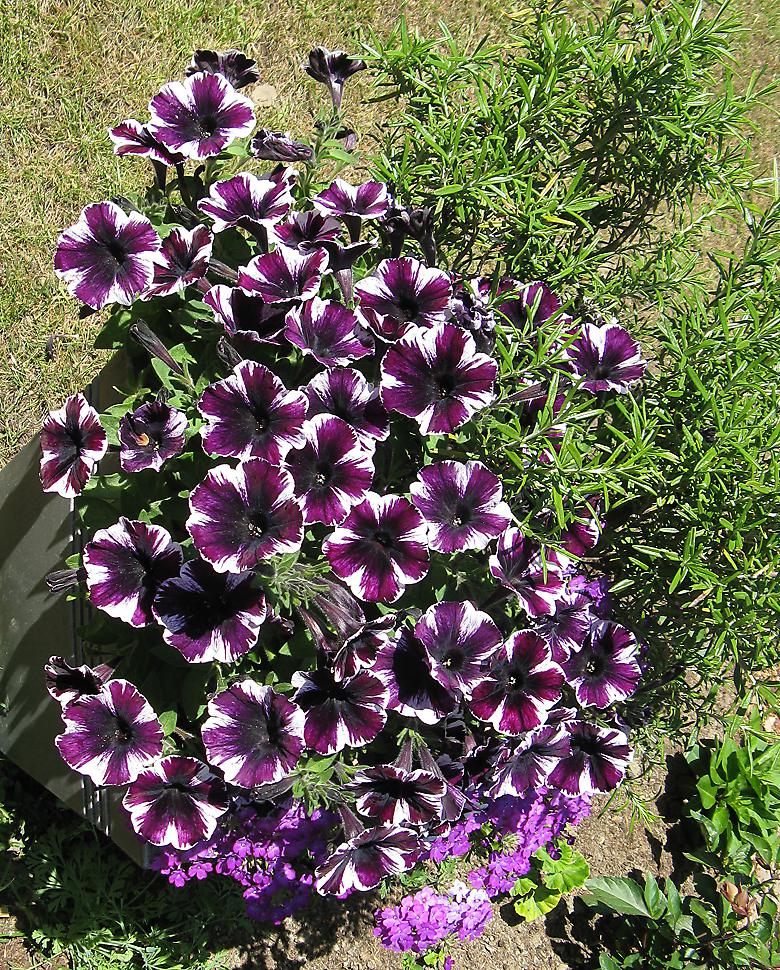 All these are now planted.

I have continued digging up some of the lawn on the sunny side of the garden to make room for more plants. There is now a path down what used to be the edge of the lawn, although I've added a curve at the end. A narrow strip of lawn beside the path has been dug over and planted up.

I dug up some at both the front and the back of the lawn this month. At the front the soil is very moist still and heavy clay. About a couple of feet down it turns into solid yellowish clay.

At the back it is a different story. The soil was very dry and powdery on the surface and very compacted. It took a long time to dig down, and I used a mattock to break up the soil and then chopped it with a spade. Although it at first seemed to be full of stones, once it was all broken up it seems like nice easy to dig soil.

It's good to know what is underneath and gives me a better idea of where to plant things.