Last year I concluded it was mostly a waste of time to plant annuals early in the house. So this year I planted Zinnia and Californian poppies directly into the containers. Other seeds were either planted in cells straight outside or germinated indoors (I did get a better germination rate) and then quickly moved outside. All this was well after the frosts had passed, at the end of April and beginning of May.

And here we have the first Californian poppy flower. Last year the first picture of an open poppy was on the 2nd of July but it may have been out for a day or two already.

So there we go, planting in mid March as I did last year provided no earlier flowers. 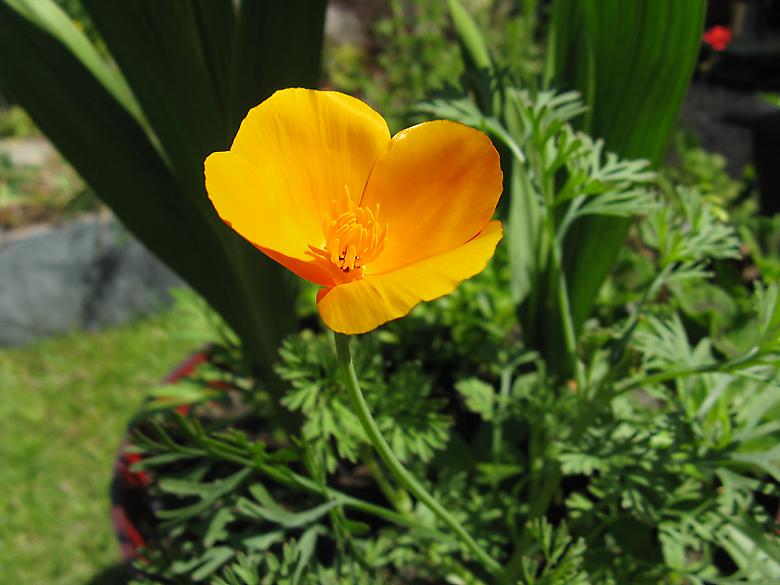 ← Sudden death of an Actaea End of June round up →