The dry spell continues even though it rained today it was hardly enough to wet the surface of the soil, never mind giving the plants a decent drink.

Since the garden is usually very wet I've planted many plants this year that do not like to dry out. Since they are not well established, this is the worst time for this lack of rain, so I am watering more than I would normally do.

Yesterday storm Hector hit. Since the garden is not that large, the fences provide some shelter, but the wind whips down the gap between the house and the next which affects all the new plants on the left side of the garden.

A couple of Lupin flowers and some leaves were torn from the plant, the new Phlox has a broken stem at ground level, and a Polemonium had its flower stem flattened.

This one by the back door is pretty much at its best today. For more orchid pictures see the previous orchid post. 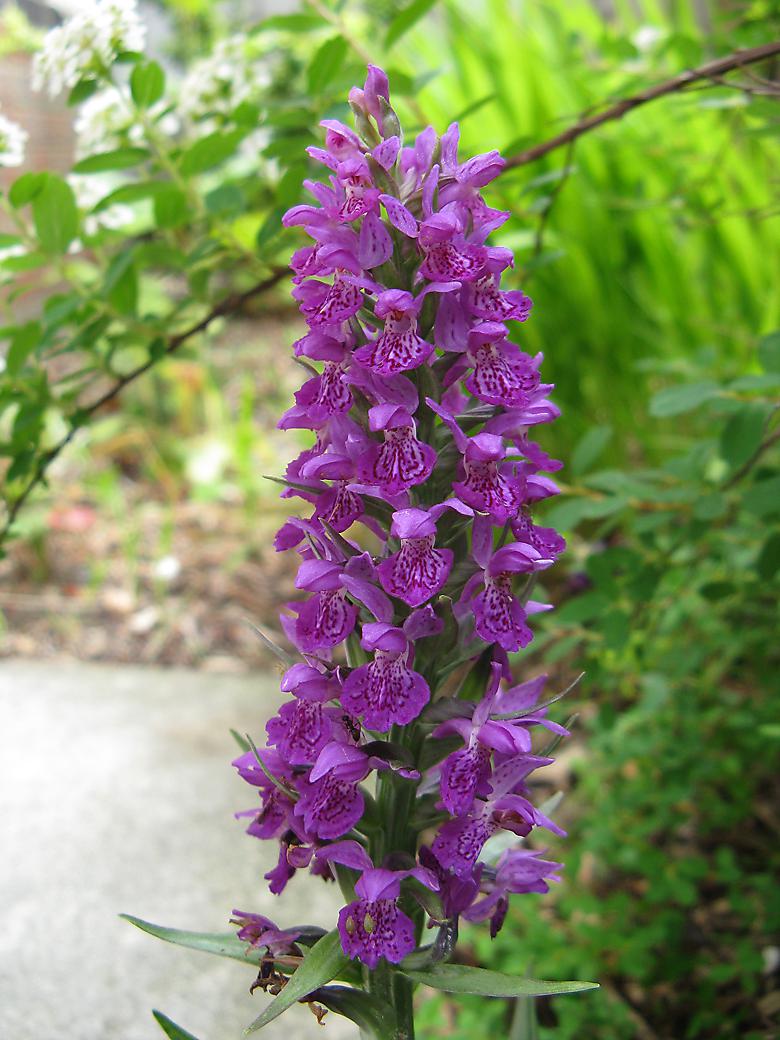 Also known as the orchid primrose, so an appropriate followup to the first Saturday thing. There are five flowers this year which I am very happy about. 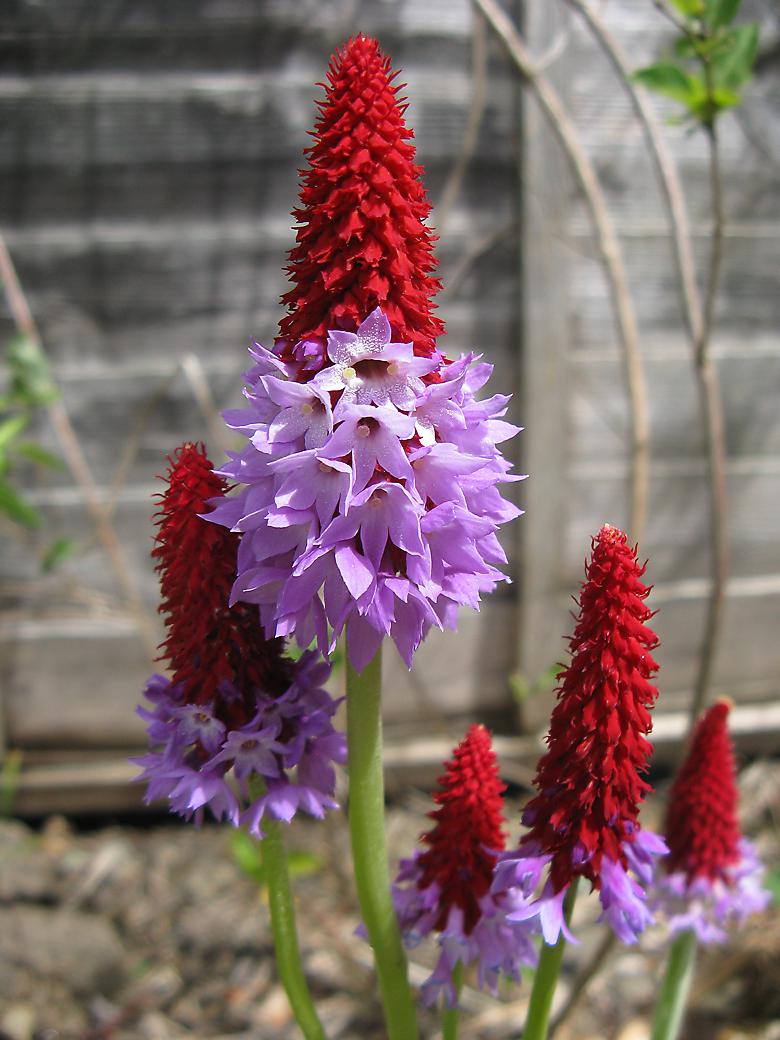 I don't know for sure what this is, but it looks like Geranium × magnificum to me.

For some reason this year all the flowers are facing forward with the ones at the back on taller stalks, as if they were all arranged on benches having their picture taken.

This is my favourite geranium for its flowers, the only problem is that it only flowers once. 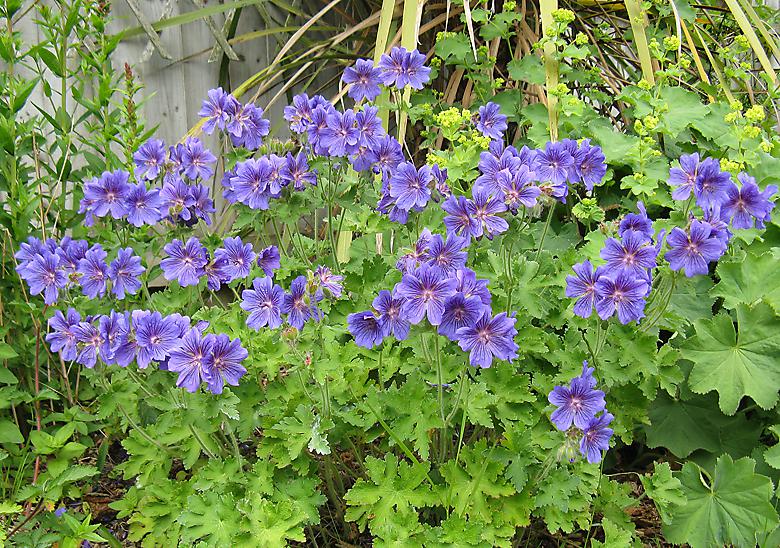 Not certain about the variety, but probably Allium cristophii or similar. With a bonus bee. 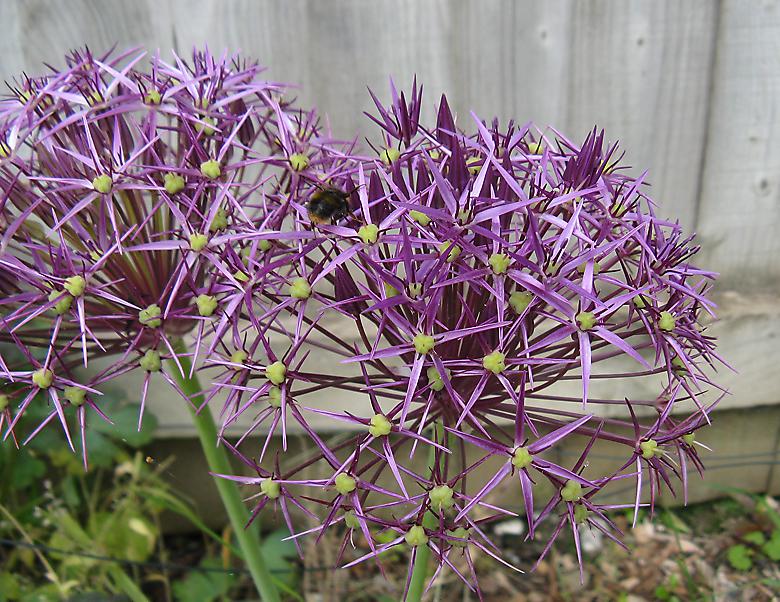 This shrub is now a mass of flowers and is very popular with the bees. Not quite as popular as the Cotoneaster which sounds like a hive there are so many bees on it, but it is close. 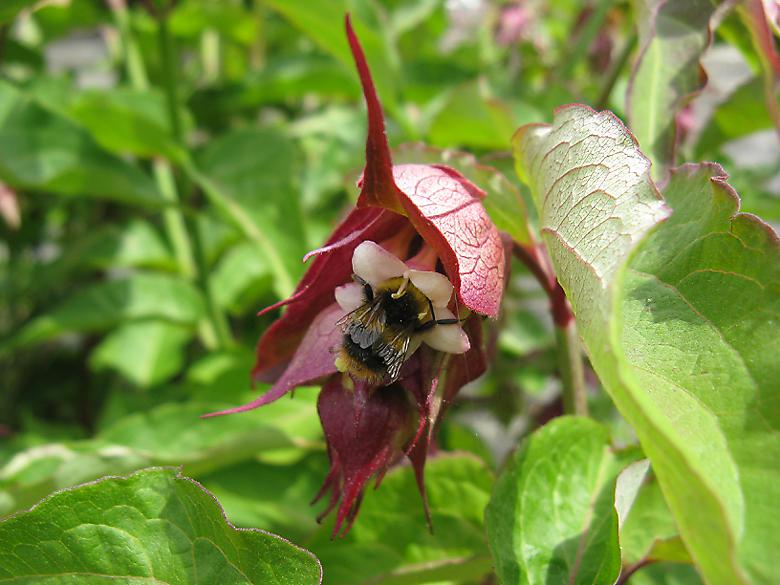 This is the only foxglove in the main part of the garden this year, it is growing in front of the Lysimachia punctata which is just starting to flower. 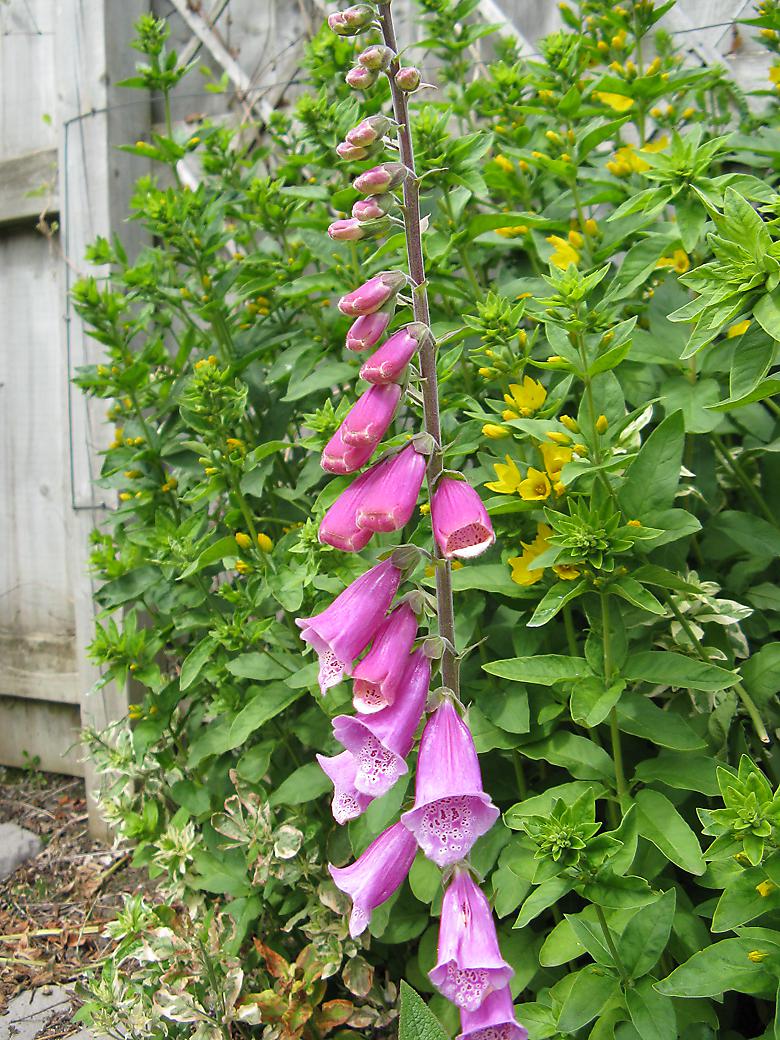 ← Orchids Sudden death of an Actaea →