This is a roundup of what happened in the garden this month. You can compare with May 2017 last year with some additional May 2017 pictures.

The garden is still behind where it was last year at this time.

Tulips
seem a distant memory now, but were very colourful.
Tiarella
these were a great success. Very welcome flowers at this time of year. The flowers are just about finishing along with the month. 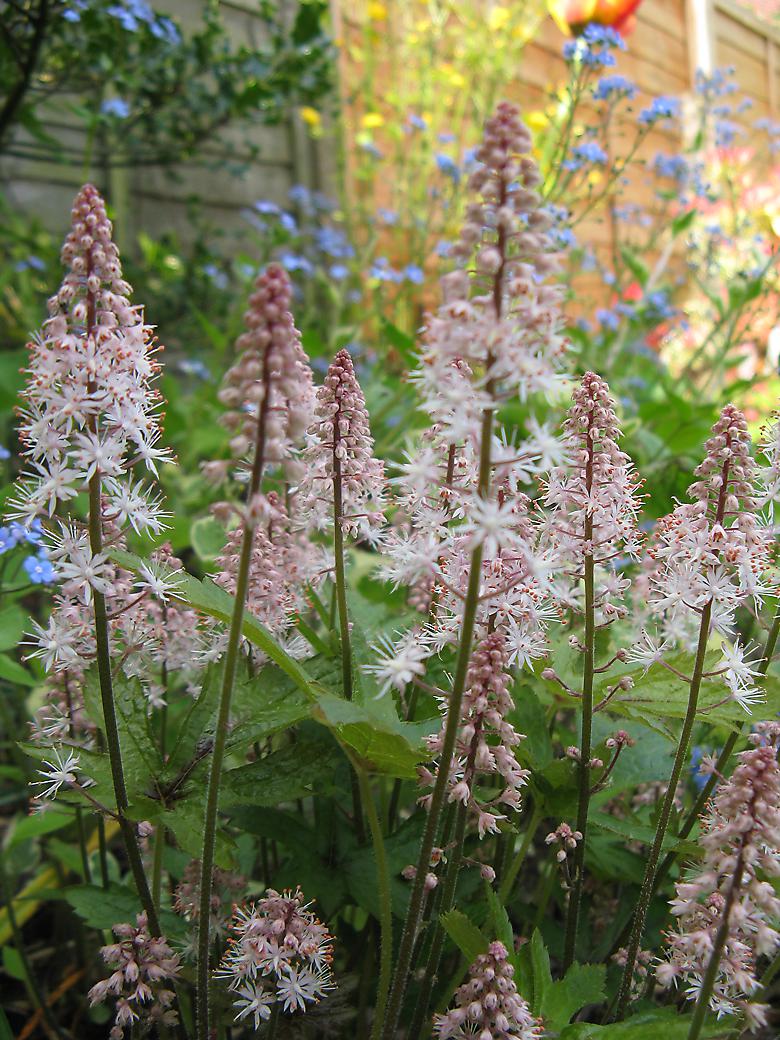 Ipheion
will be getting some more of these for next year. 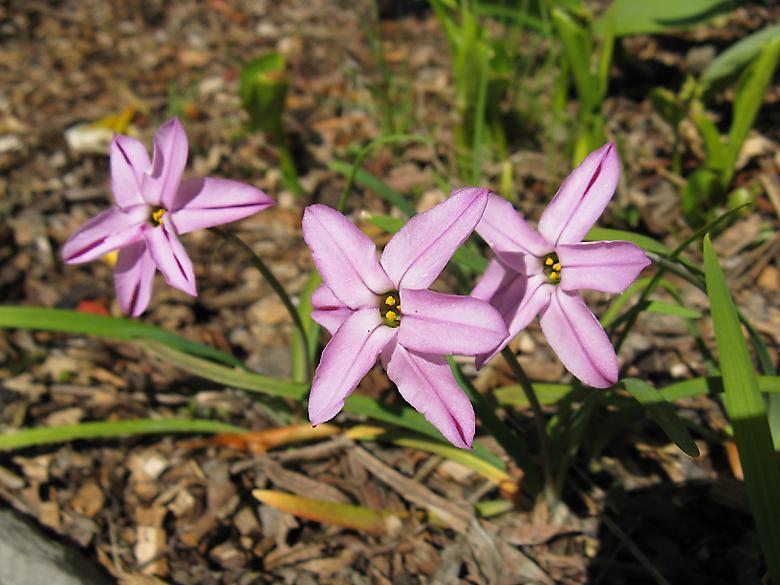 Bluebell
there were two that actually looked like the English bluebell all the rest did not. Since most were presumably hybrids, it is likely that the remaining two were also, they just had more of the features of the English variety.
Geranium
I moved one of the pink Geraniums from the back where it got a bit lost to the front. This was a great success as it is now providing a good display.

The flowers change from a pale to a dark pink which does not show clearly on the photo. 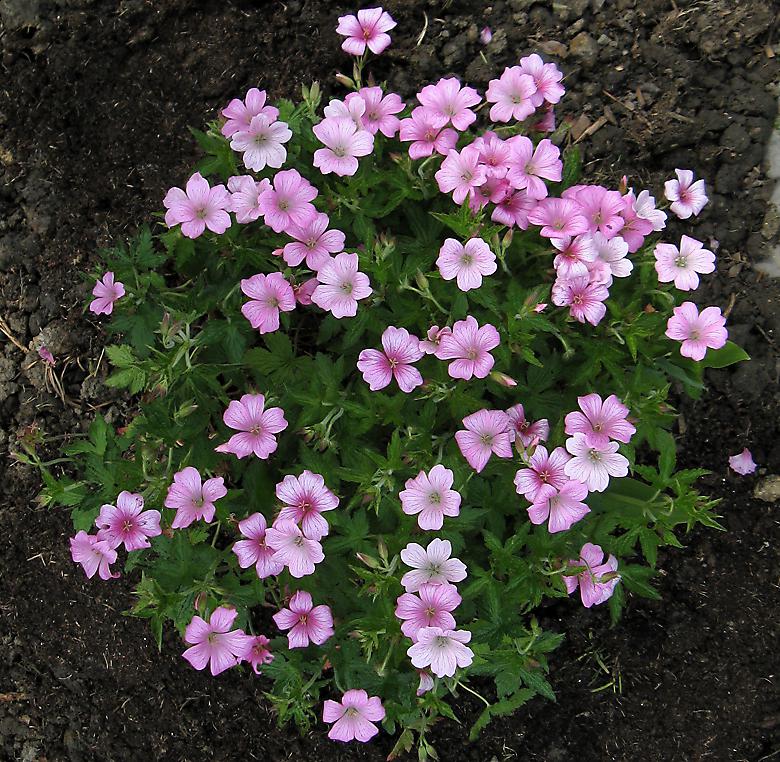 Lily of the valley
got rid of most of this last year, but there is still a patch.
Brunnera
my new Brunnera disappointingly has done nothing so far, with hardly any leaves never mind flowers. The existing ones were great and combined well with the tiarella and a tulip.
Clematis
this had very few flowers last year. After it flowered I trimmed away all the dead stems and trained the new ones along the trellis the best I could. Much better display this year. 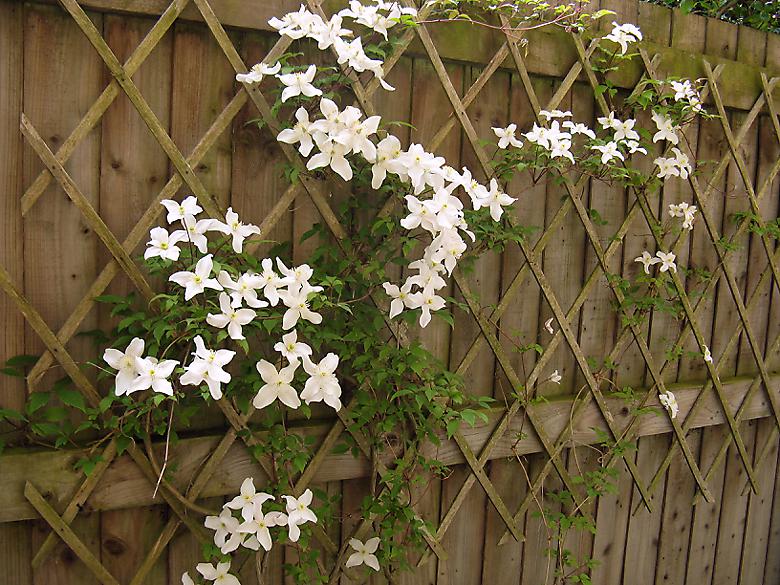 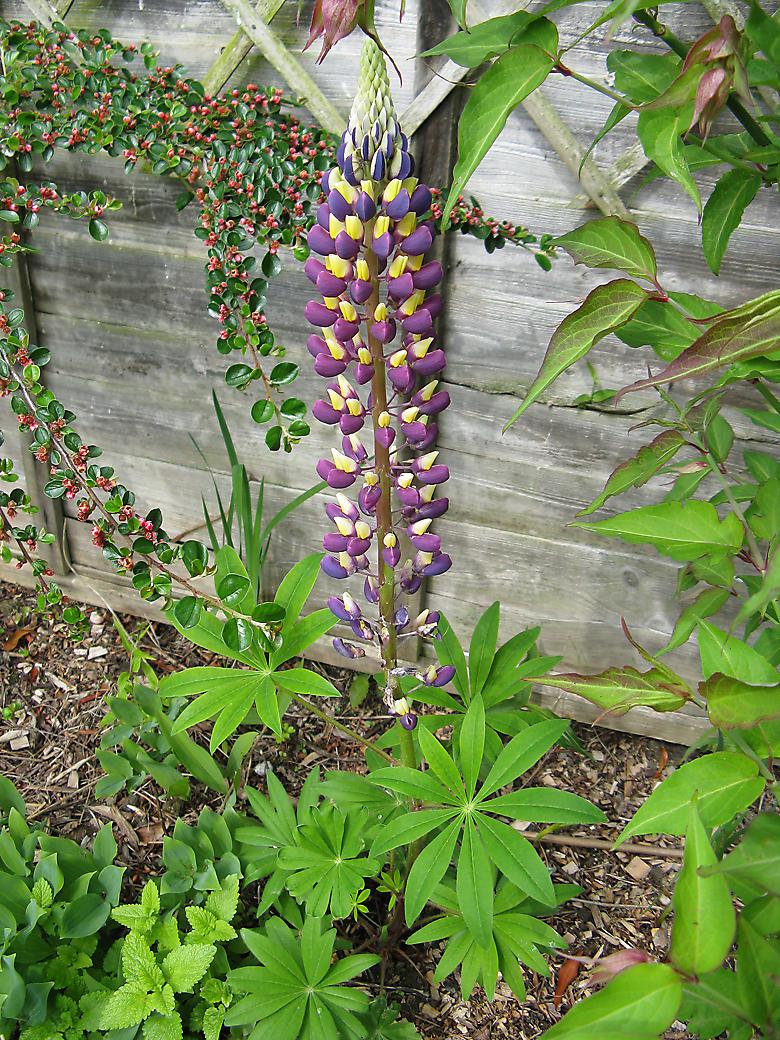 Choisya
Lots of flowers, unfortunately it is somewhat hidden by the holly.
Pulmonaria
new this year, I was expecting a bit more of a pink/blue combination of the flowers. Bees seemed to like it so thats good.
Geums
the 'Totally tangerine' was pretty much the star of the garden throughout the month. I have three new ones this year and the 'Cosmopolitan' is flowering quite well so far.
Polygonatum
Fewer flowers this year, perhaps this location is not shady enough for it any more.
Aquilegia
there is a very large Aquilegia which has very dark flowers. I don't like it much so it will be going. There were very few other Aquilegia flowers this year in spite of a the number of seedlings growing. 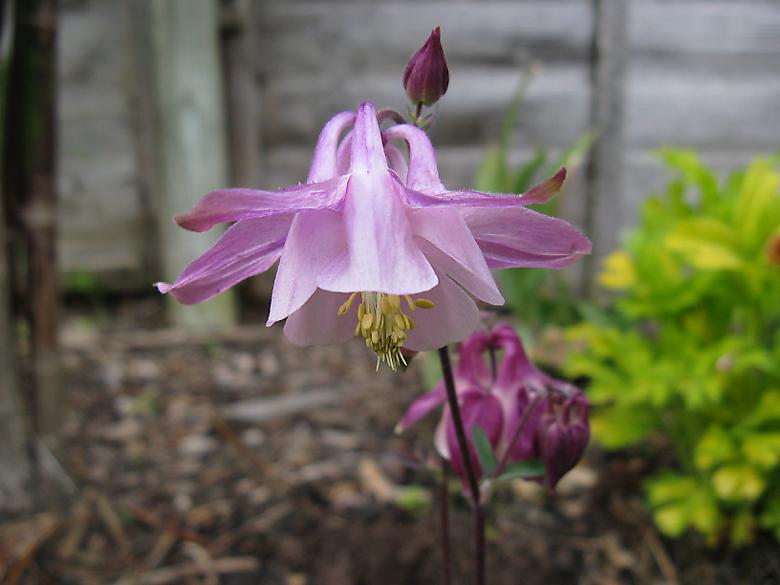 Forget-me-not
These had self seeded just about everywhere and made splashes of blue all around the garden. This were mixed in with the Muscari which worked surprisingly well.
Kerria
This flowered and I didn't take any pictures of it!

← Special perennials order What a difference a week makes →