It seemed to be quite a quiet month for flowers as there is still a lot of green. Two very wet periods at the beginning and the end of the month - on the sixth the gravel at the back of the house was partially under water. Can't recall that happening even in winter.

There was one foxglove flowering, there are many plants at the side of the house that I believe are foxgloves in their first year, but only this one flowering. 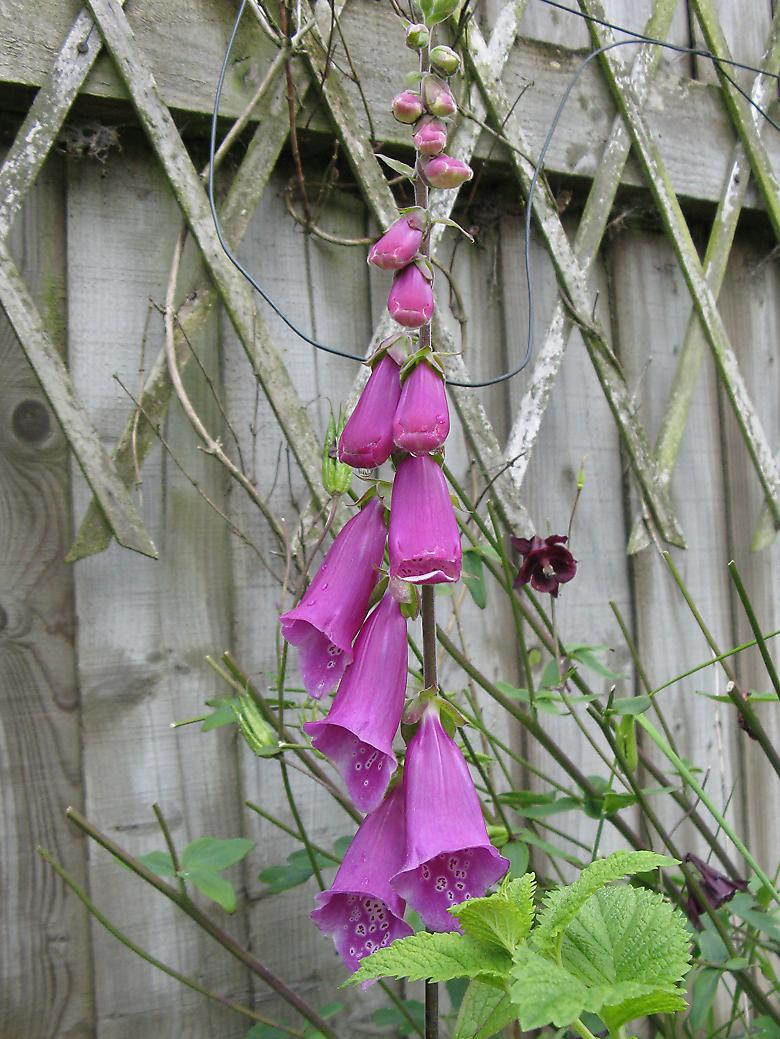 This is one of the Gazania plants, it is the best of the six, at least during the month as the others have not flowered much. 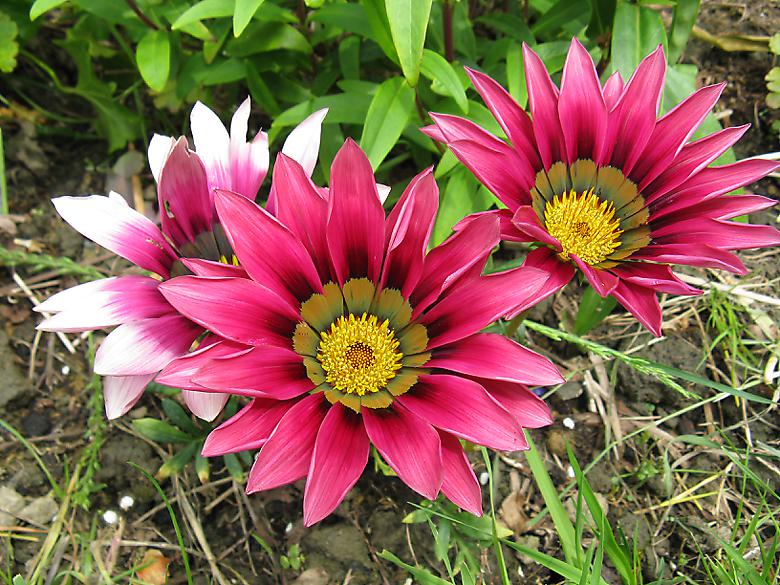 Three Geraniums: the first one is a second smaller clump of the pink one that appeared in May. 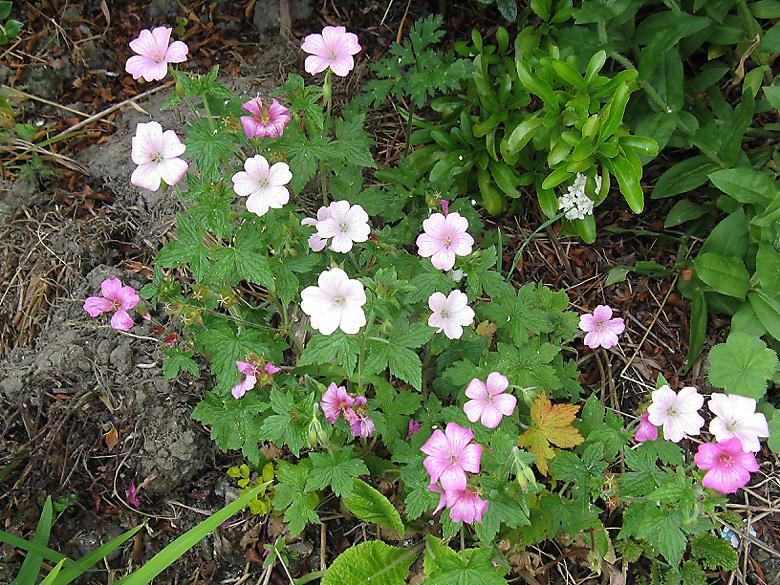 This second one started flowering later than the others, but also is almost now finished. While is was out it was by far my favourite as the flowers are large and are held high above the leaves. It is altogether a very tidy Geranium, whereas some of them can be a bit ragged. 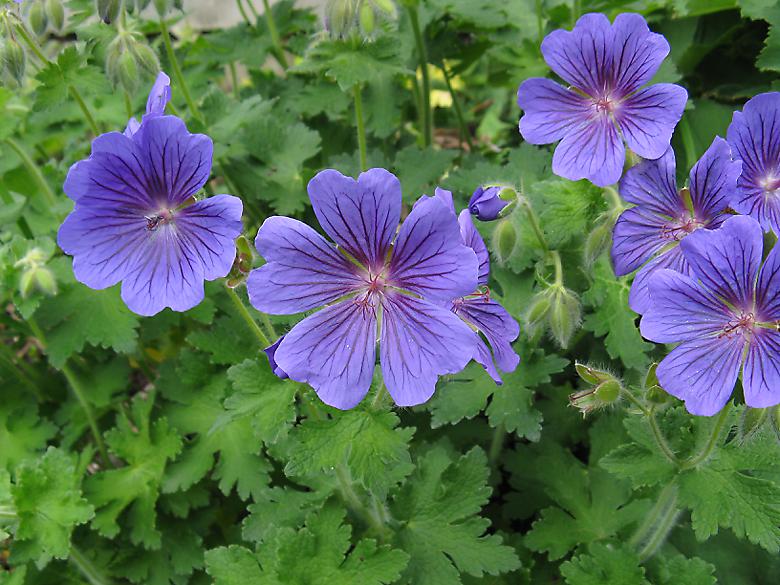 This is the Geranium Rozanne that I bought. It also has a large flower and it is supposed to flower over a long period, so it may become my favourite when it is better established. 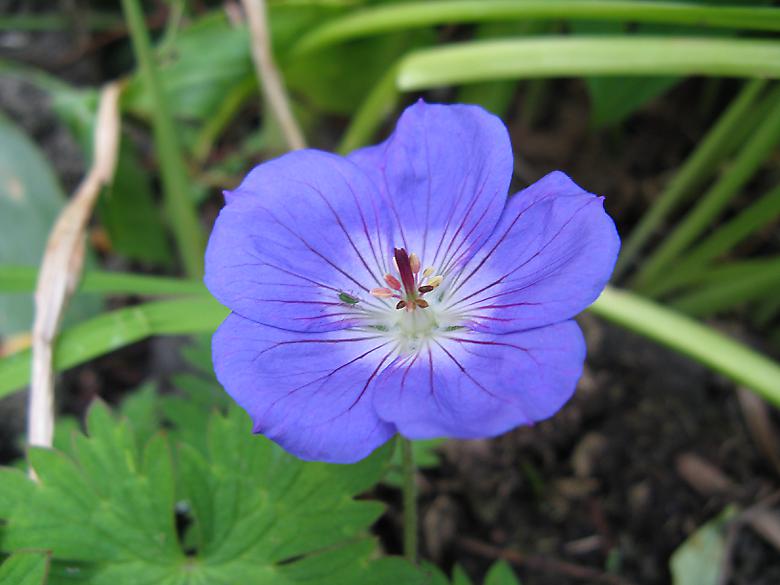 The Hypericum is in full flower. 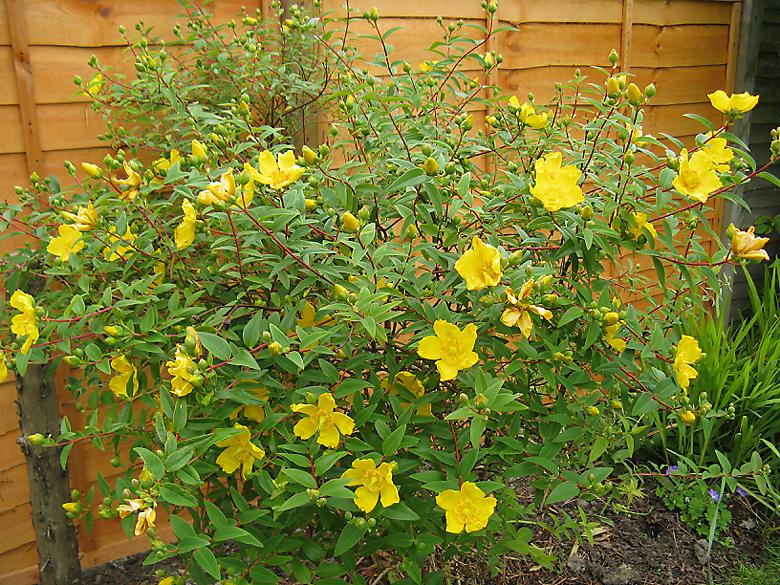 The lovage threw up these extremely tall flower heads, they are 6 foot tall or even a little more. 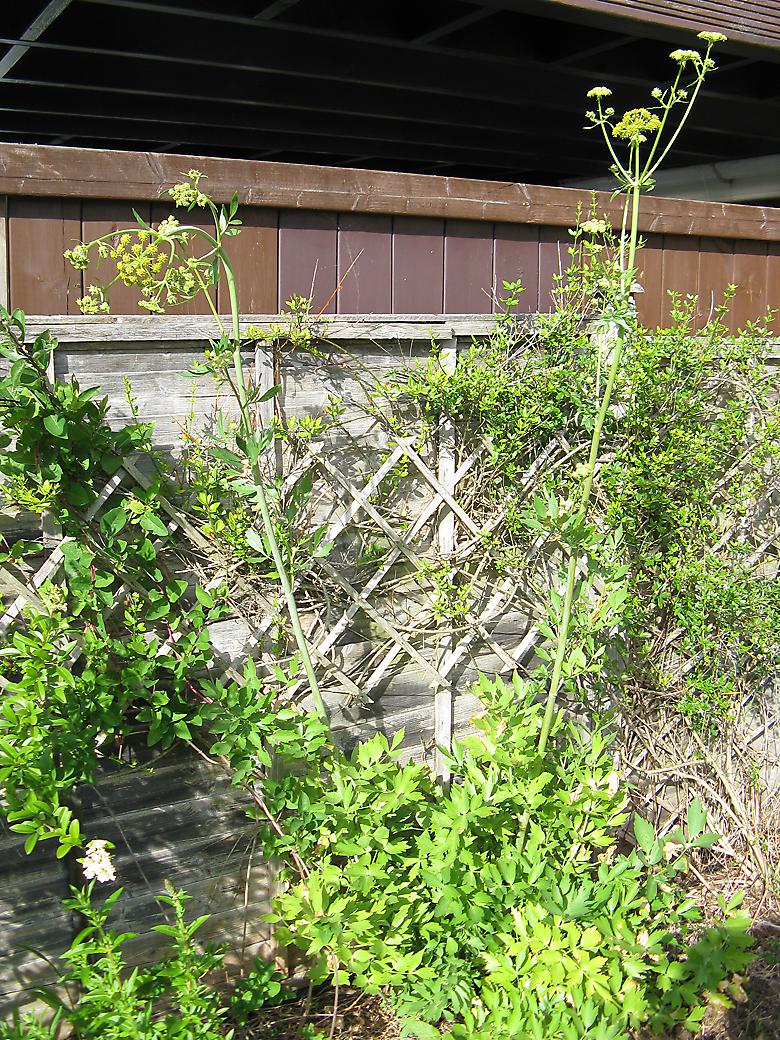 It's worth having another picture of one of the marsh orchids. 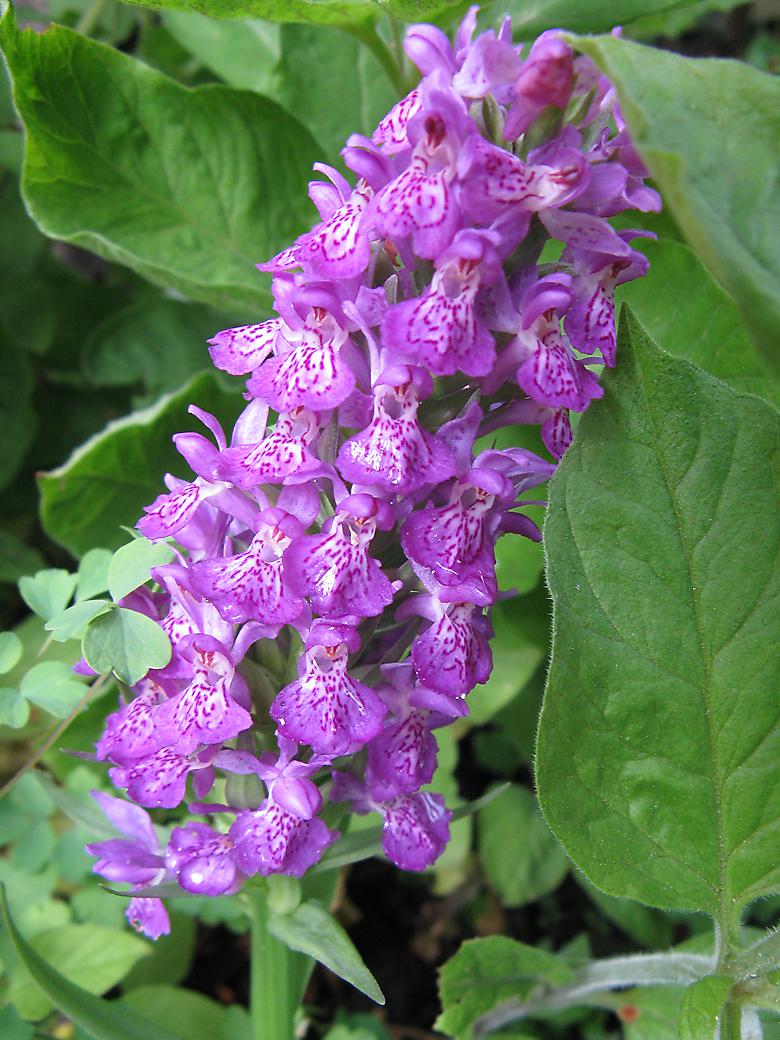 The Polemonium I bought is doing quite well and has a good few flowers already. 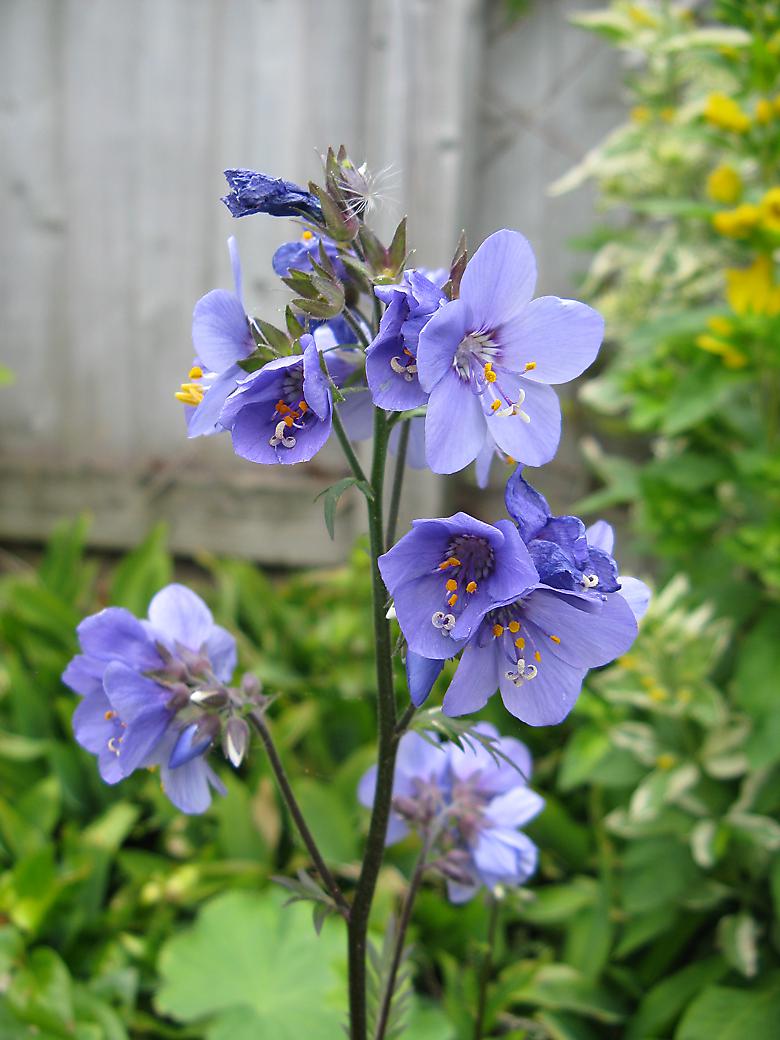 I've already had a picture of the yellow loosestrife clump, so here is a closer look at the flowers. 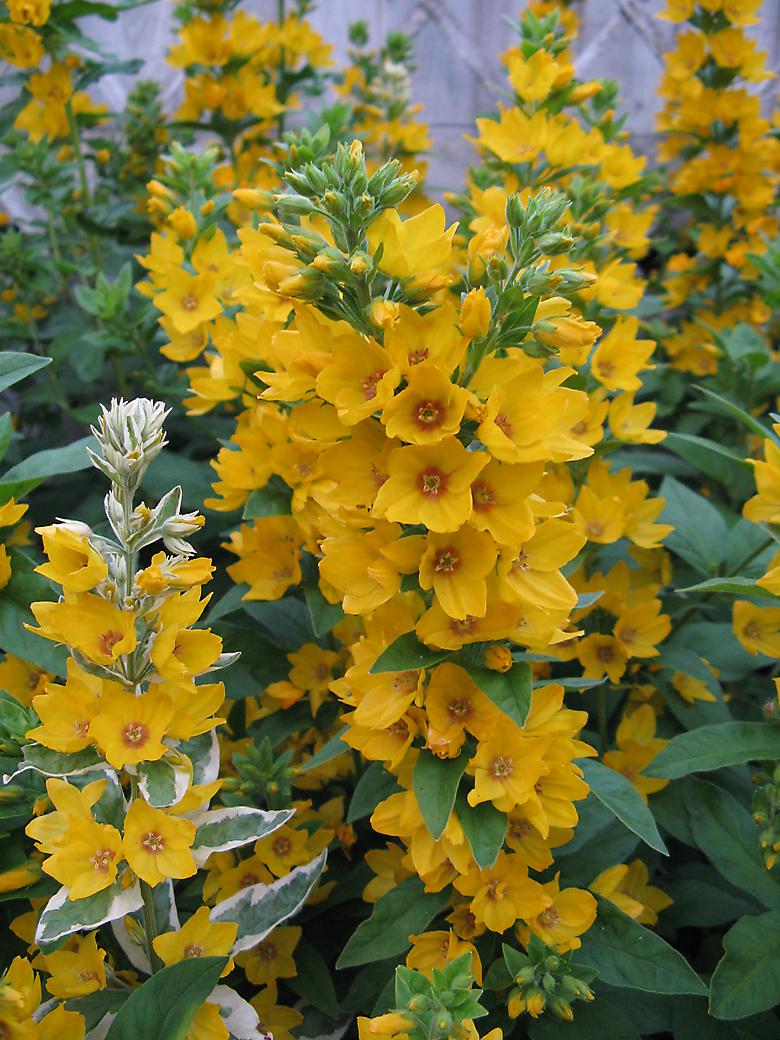 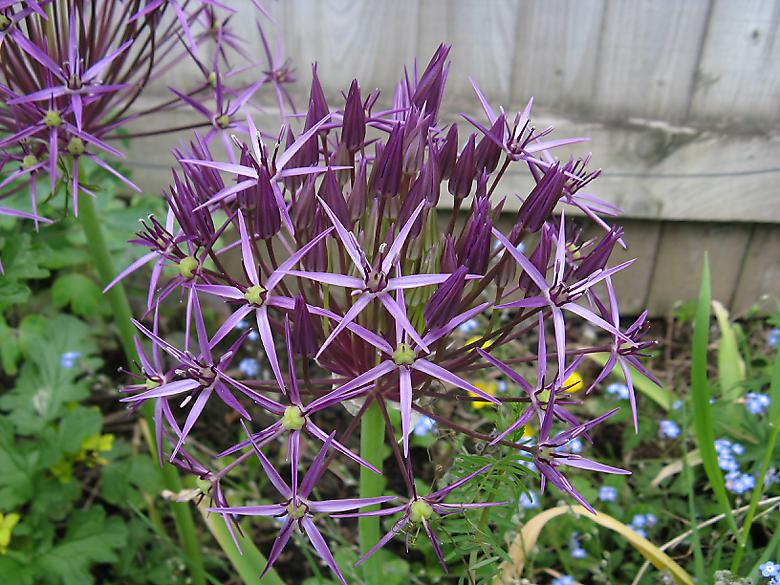 The ladies mantle is now a mass of flowers. It was rather flattened by the rain but has recovered a bit. 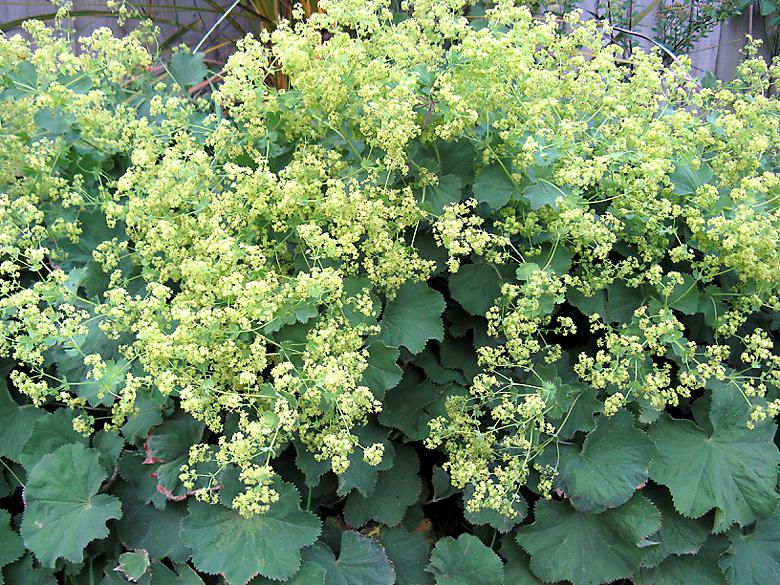 Also flowering at some point in the month:

Plants with flower buds which are likely to flower next month include the Sidalcea, Sanguisbora, one of the Crocosmia clumps, the Sedum the two Purple loosestrife plants and the existing Eryngium.

I managed to only buy three plants in the month.

I later noticed that the first two are labeled as half-hardy. So we shall see if they survive next year.