It seems to me that last year, there were flowers surviving much later than this year. The Penstemon that I grew last year, survived but did not flower - I saw one flower, but did not get a picture.

The average temperature was 5.6C with a minimum of -3.4C and maximum of 11.2C, and there were 7 days when the temperature dropped below zero. It rained on 28 days, with a total of 140mm of rain.

Flowering early in the month

Sedum
The flower heads last year were really small, but this year much larger - I would say more normal size. Perhaps the dry weather last year was the problem. 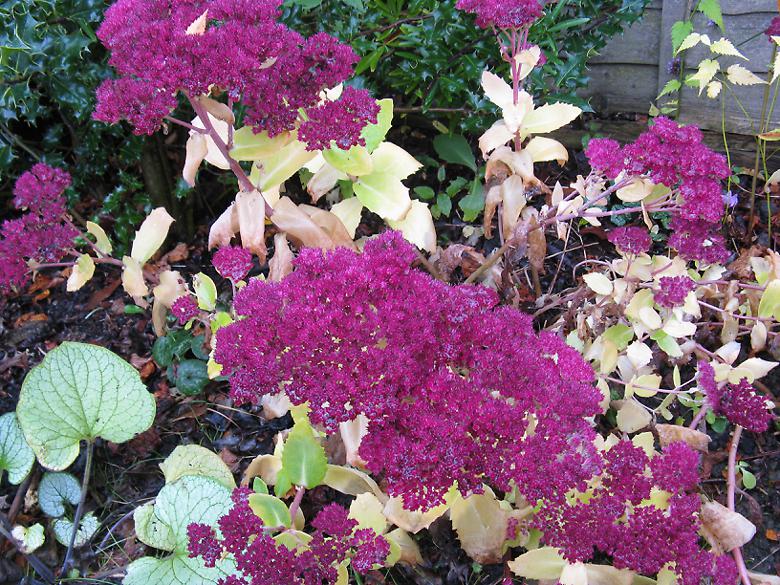 Salvia
The shrubby Salvia's were still in flower in the early part of the month. Here is Salvia 'Day glow'.

Lewisia
The Lewisia continued flowering throughout the month. This is really out of season for it as far as I am aware. There is evidence of many more buds at the base too. 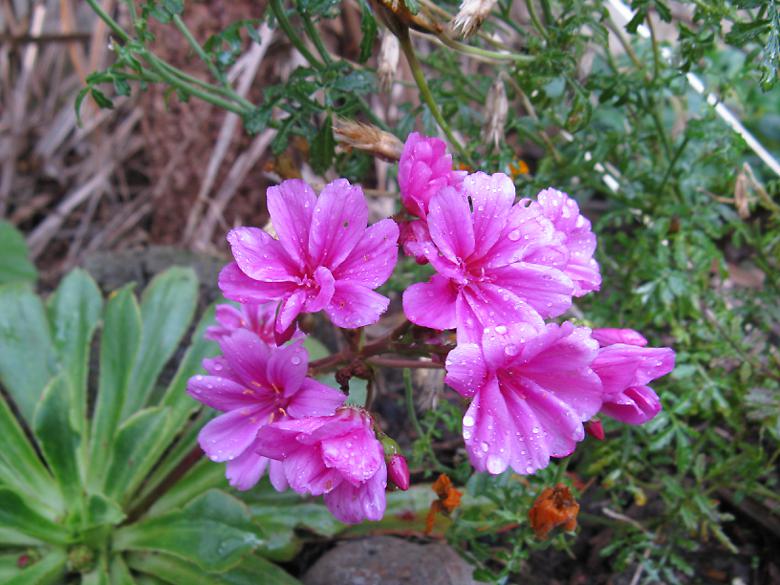 The Heleniums and the Alstroemeria were also in flower at the beginning of the month, but by the end there was very little left.

The Pyracantha berries remain uneaten at the end of the month this year. I am fairly sure that they were gone mid-month last year, although I don't have a photo to be sure.