End of April round up

The month started with a small covering of snow on the 3rd. There were 3 days when the temperature dropped below zero (which is more than February which only had one) with a minimum of -1.5C and the maximum temperature was 23C over the Easter weekend. So a very mixed month weather-wise. Not a lot of rain, only 2.8cm recorded on 9 days.

Daffodils and tulips were the main focus of the month. I am pleased with the new ones I chose last year. 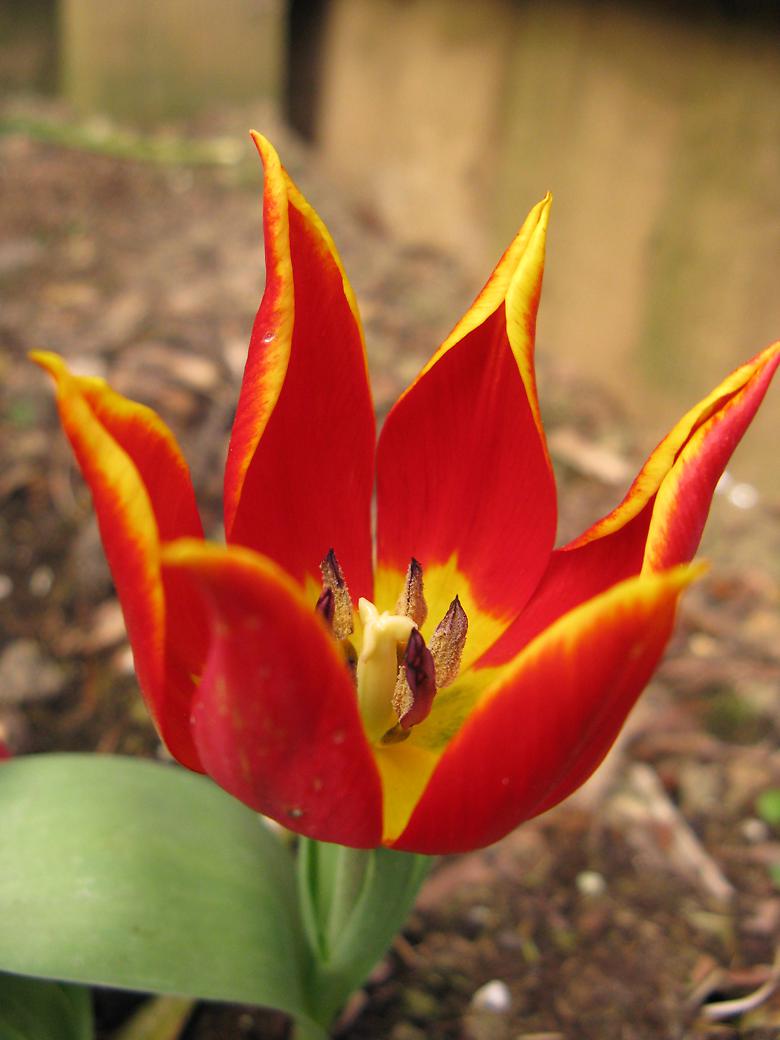 Three 'Orange brilliant' and two 'Cape cod' tulips. These returned from last year. These were the only two of the 'Cape cod' that flowered this year, and the leaves are being eaten just like last year, this may be why they are not doing well. 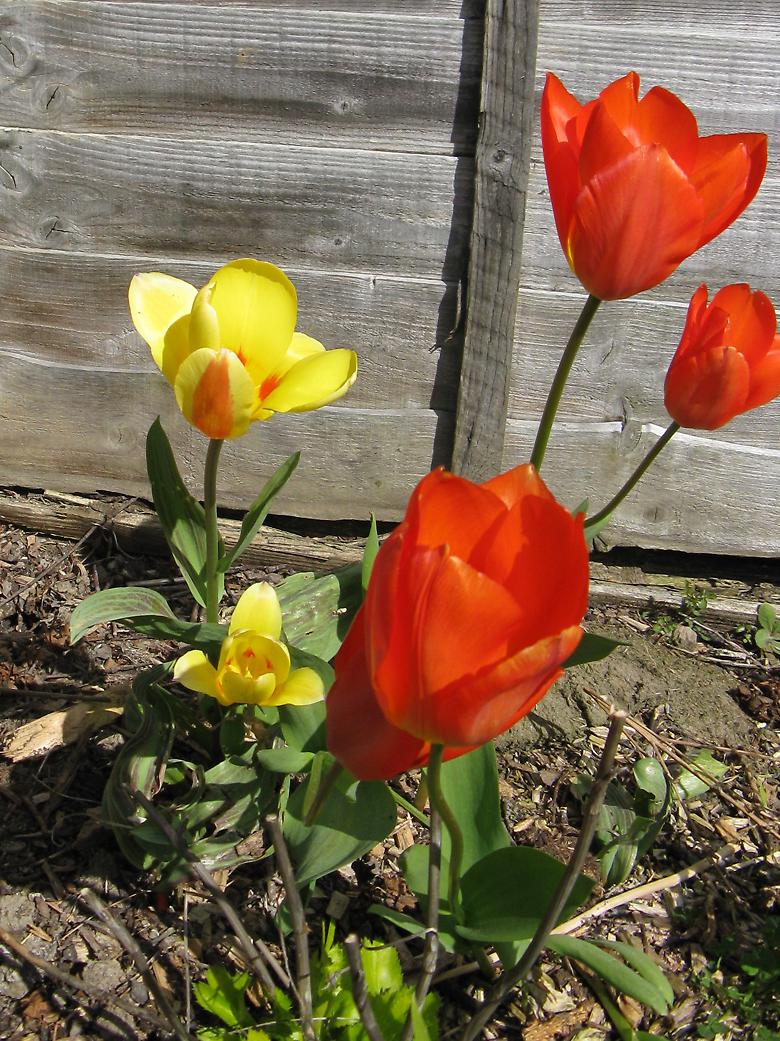 The double tulips that I planted when I first arrived. They didn't flower at all last year so I was surprised to see them return and with flowers so large. They appear almost luminous in the sun. I will probably lift them and plant them in a group for next year. 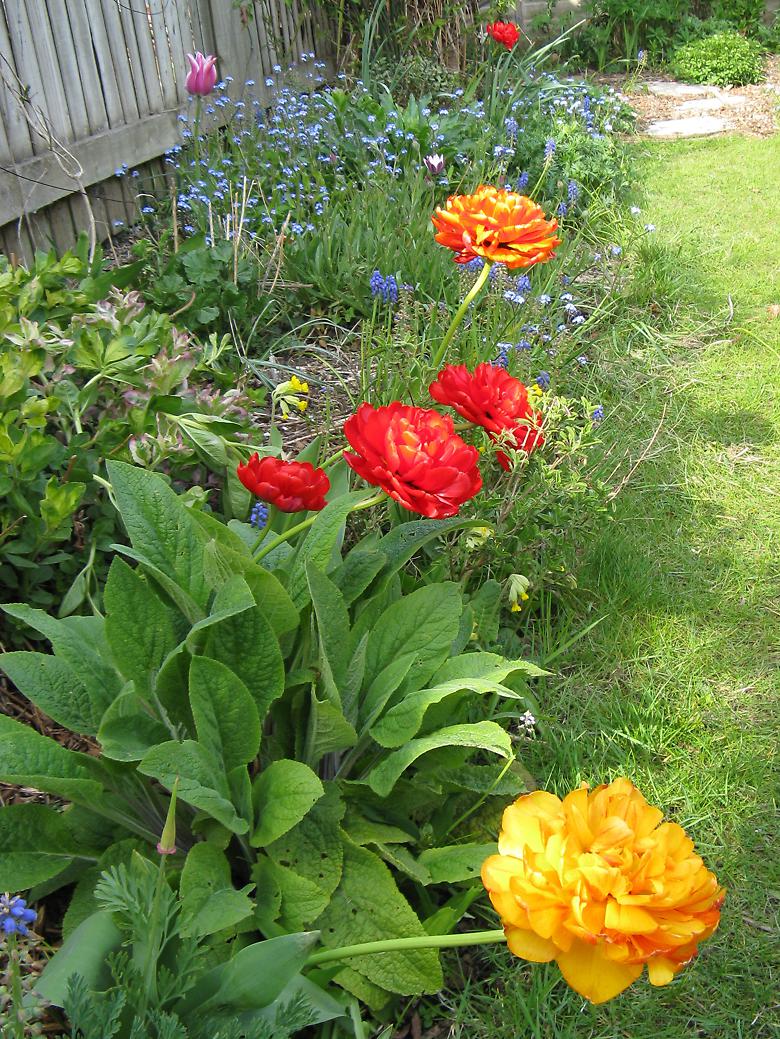 The final tulips to open right at the end of the month were these Tulipa 'Ballade'. They seemed a bit underwhelming at first, but I think that the colour strengthened over time... or perhaps it was just the light. 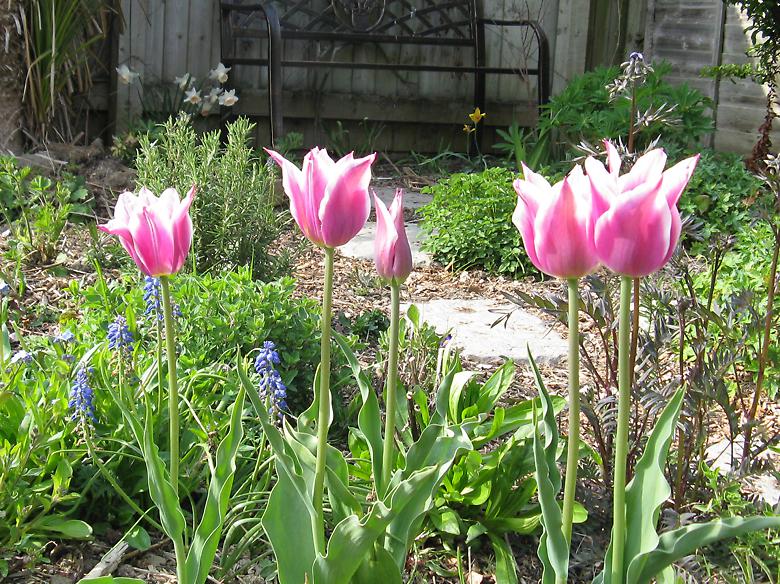 These daffodils are very late flowering and were still going strong at the end of the month, whereas the 'Jetfire' had all finished. Also in the picture are some of the Tulipa kolpakowskiana. 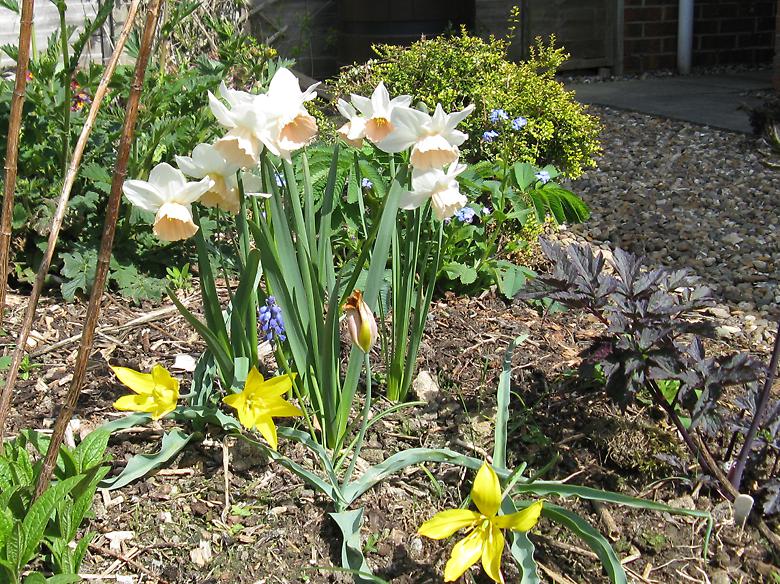 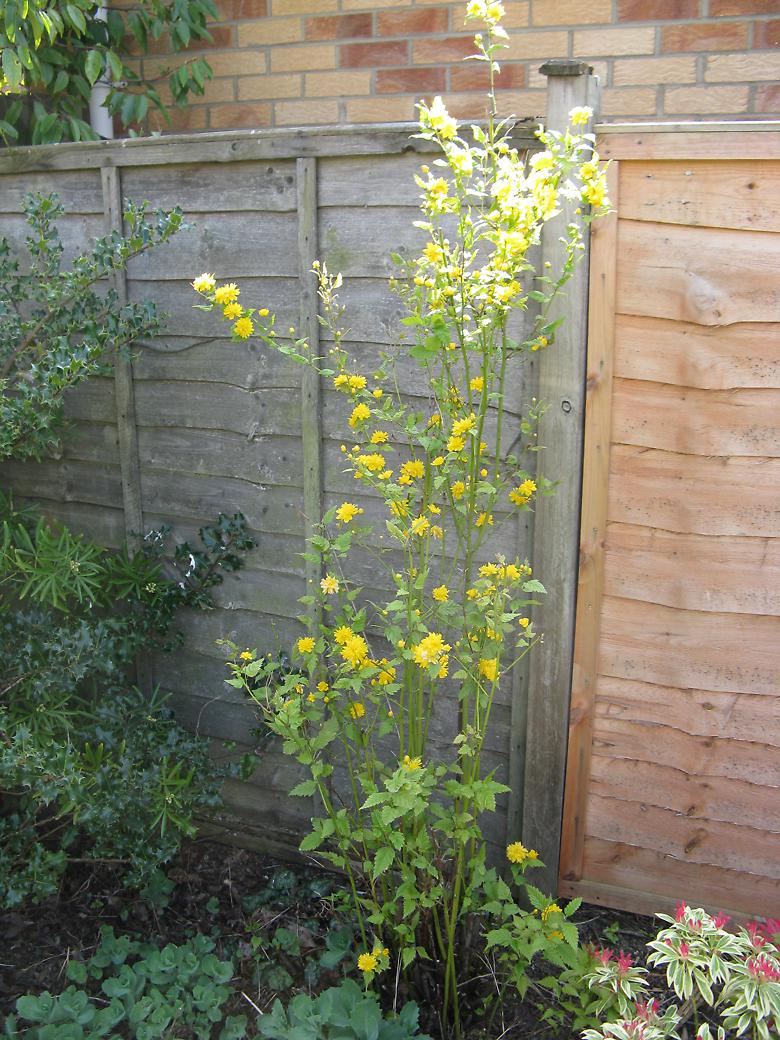 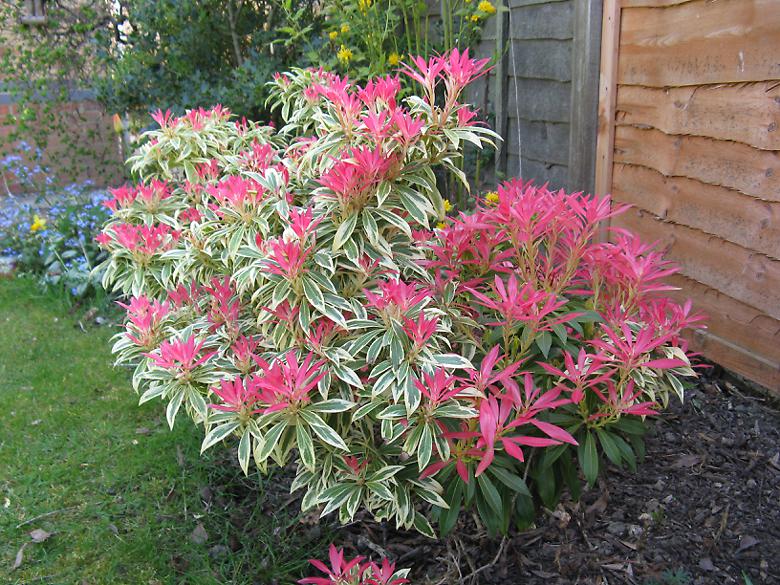 I planted many Anemone blanda in various parts of the garden, but it seems that only one has come up. I have no idea what happened. 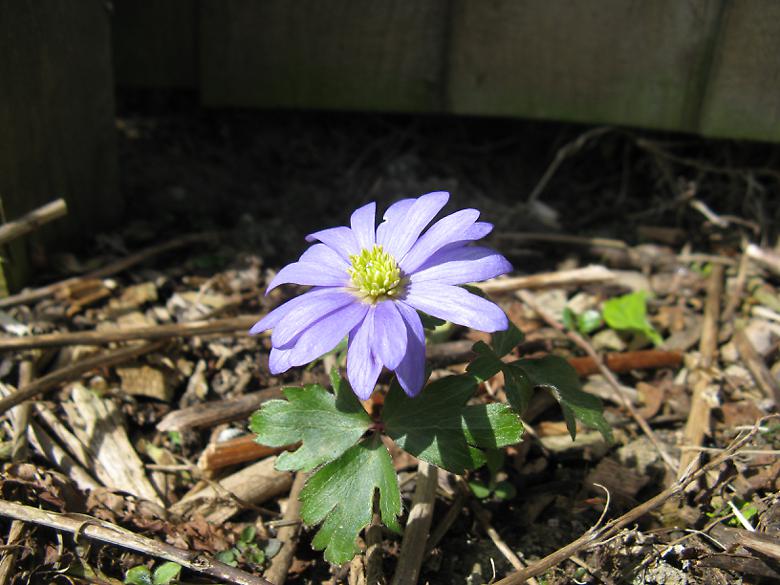 The Brunnera all flowered including 'Looking glass' and 'Silver heart', and there are many forget-me-nots all around the garden too and since they all have the same kind of flower that is a lot of blue.

The Tiarella are all starting to flower, but next month is going to be their main month. Likewise for the Ipheion and the Bluebells.

The Pulmonaria has grown to be very large all of a sudden. It is a mass of flowers too.

Finally I should also mention that the Rosemary was also in flower as well as various Primula.

Plants lost over the winter

I think it is now late enough to know what didn't survive the winter.

There are still many Ladybirds around. I saw a blue butterfly it may have been a Holly blue but I am not sure.