Six on Saturday is hosted by The Propagator blog and here are my six this week. Lovely warm day here so getting this out quickly.

The trumpets are a pale yellow when they first open and they later darken to a creamy orange. Some of the stems have two flowers although most are single.

I like them so am not complaining, and in fact I was somewhat wishing that I had picked another kind. They early flowering was the main attraction. 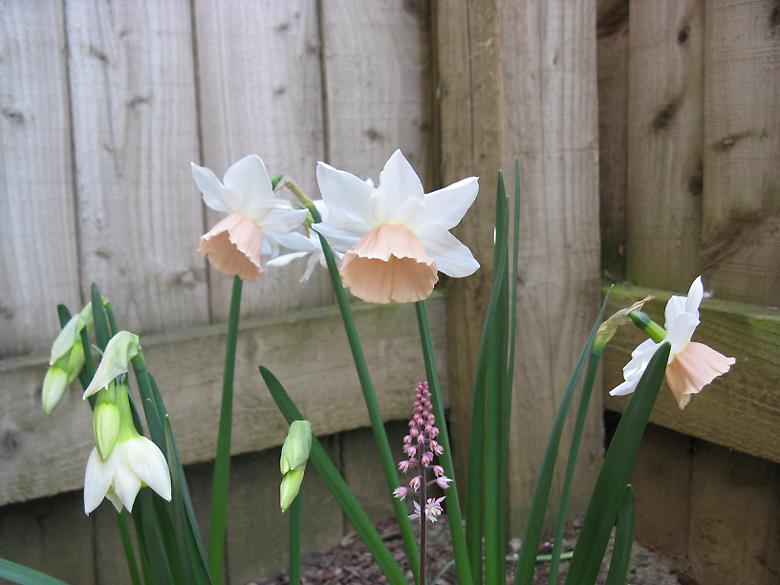 All three of these are now out. Possibly my favorite. 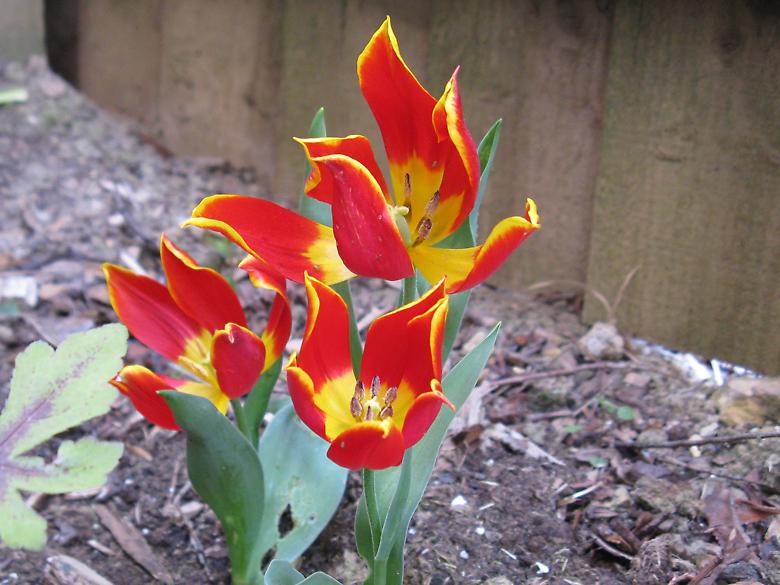 This is looking great now, unfortunately I can't seem to take a photo that shows it off properly. I don't much like the leaves on this one and some have either reverted back to green or are new plants from seeds, it is the best flowering of my Brunnera so far though. 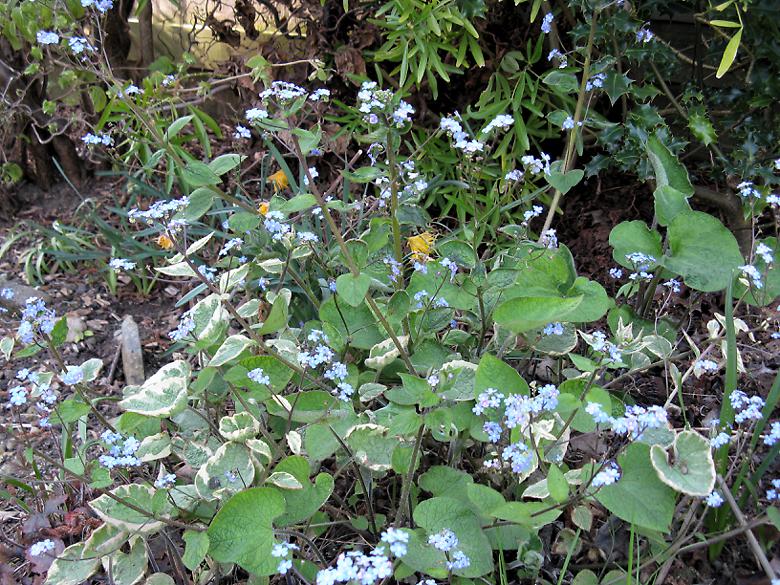 These have returned bigger and better this year. The leaves are large the stems are tall and straight. 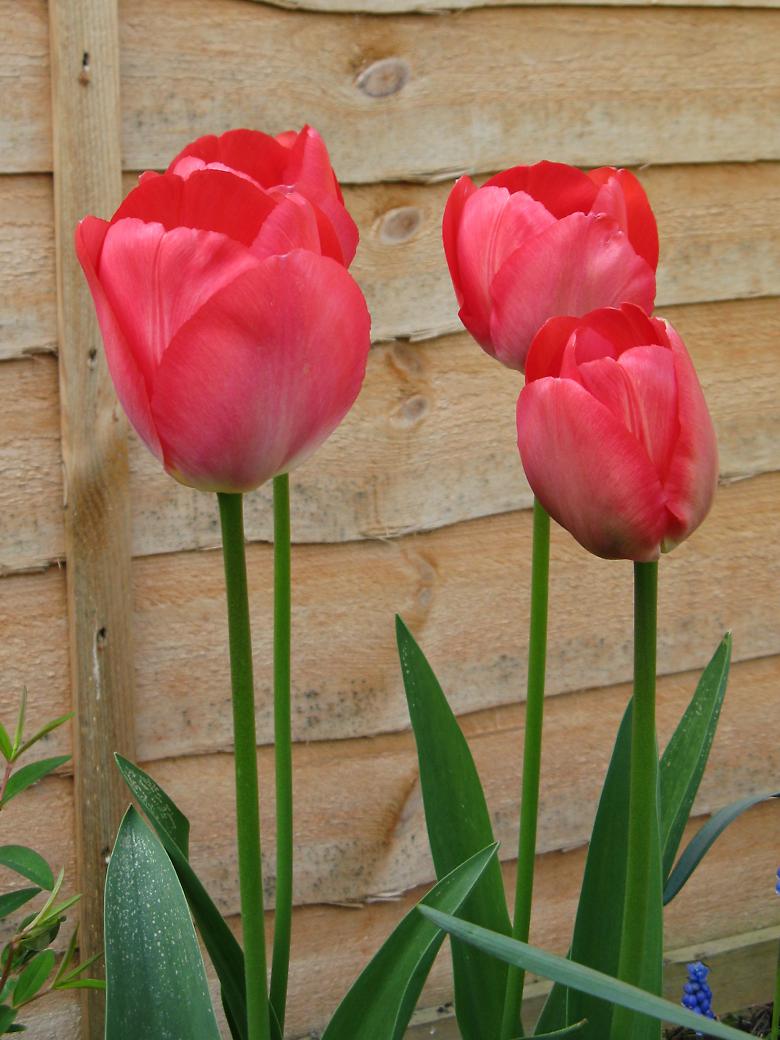 I wish I had a bigger group of these. 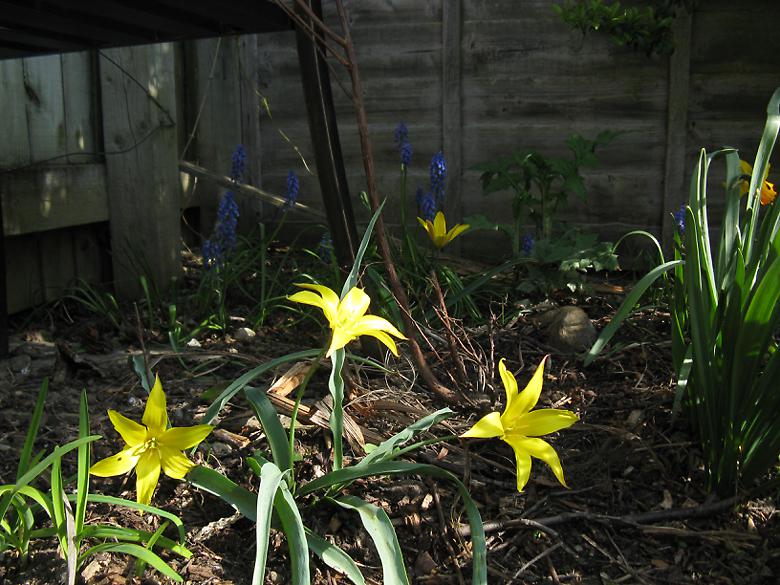 I got these when I first moved here, just to get something planted. Didn't realise they were double tulips until later. They had very large flower with stems not really strong enough to support the flowers.

Last year they didn't flower and I was expecting this year to be digging them out. But they have gone and flowered! So now I will probably keep them but I shall lift them and put them together somewhere.

They are various different colours, this is one of the nicest with both red and yellow. 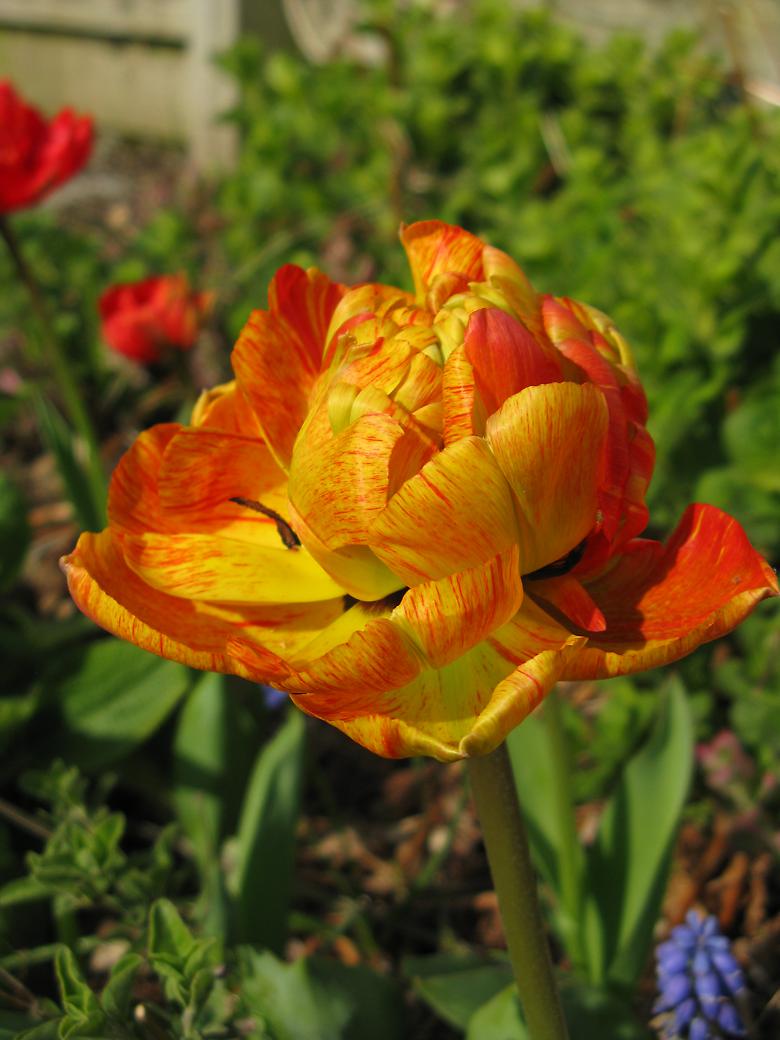 ← Warmest day so far End of April round up →