Last year I bought and planted some snowdrops in early March after it was clear that there were not any already present. I was also given quite a few bulbs which I planted in various places and then promptly forgot exactly where.

This year I didn't see any appearing so just in case I bought some along with some Primula and Tiarella. Here are the ones I just planted.

I was particularly worried that the ones that I'd planted last year were not going to re-appear, but I do believe that they are starting to grow. They are very small, a little below the center of the picture.

There are more more all around the left border area, the ones in the first picture are almost in flower. 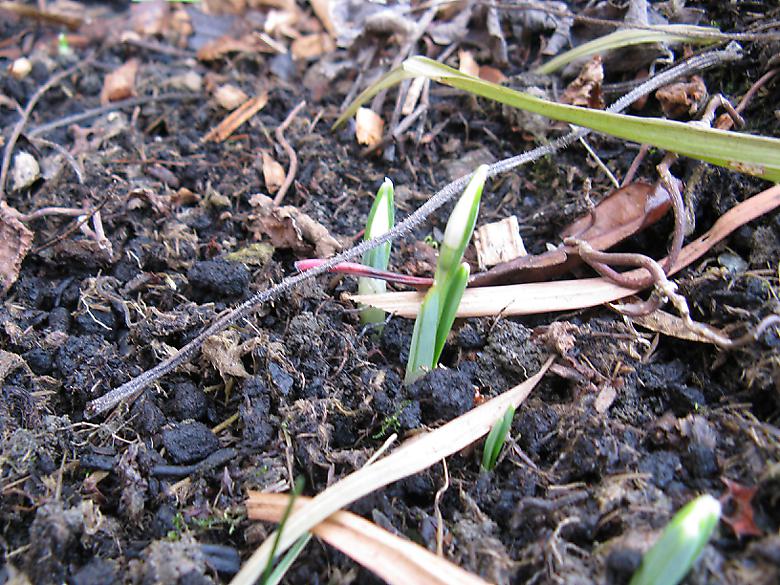 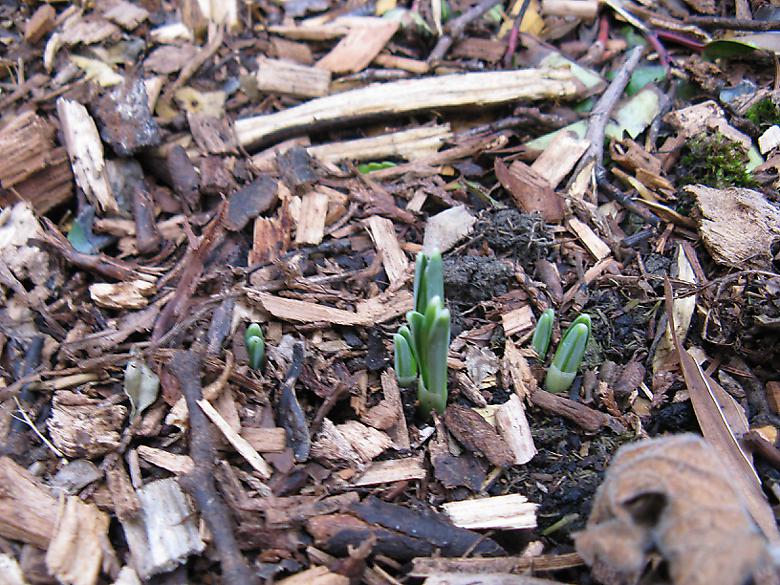