The plants are now flowering. The top continues to branch in the same pattern with more buds being produces all the time. Although there are beginnings of branches lower down the main stem, they have not developed further so far. The flowers are white with six petals. 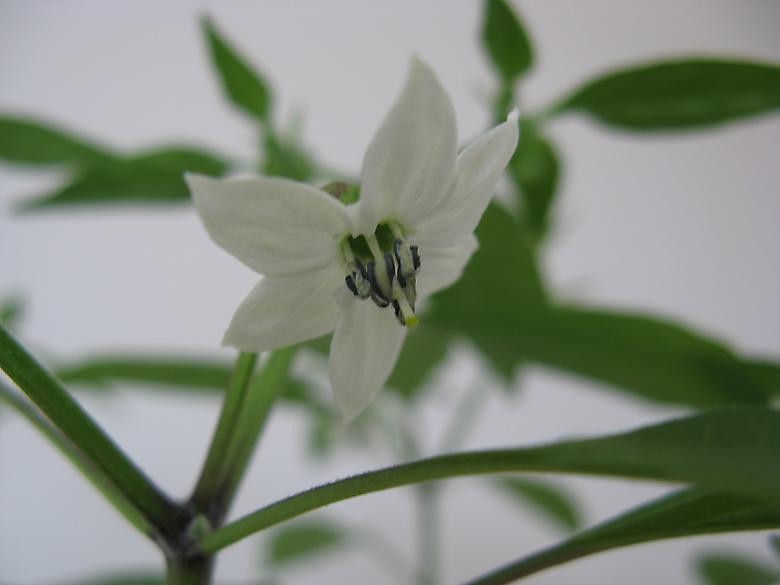 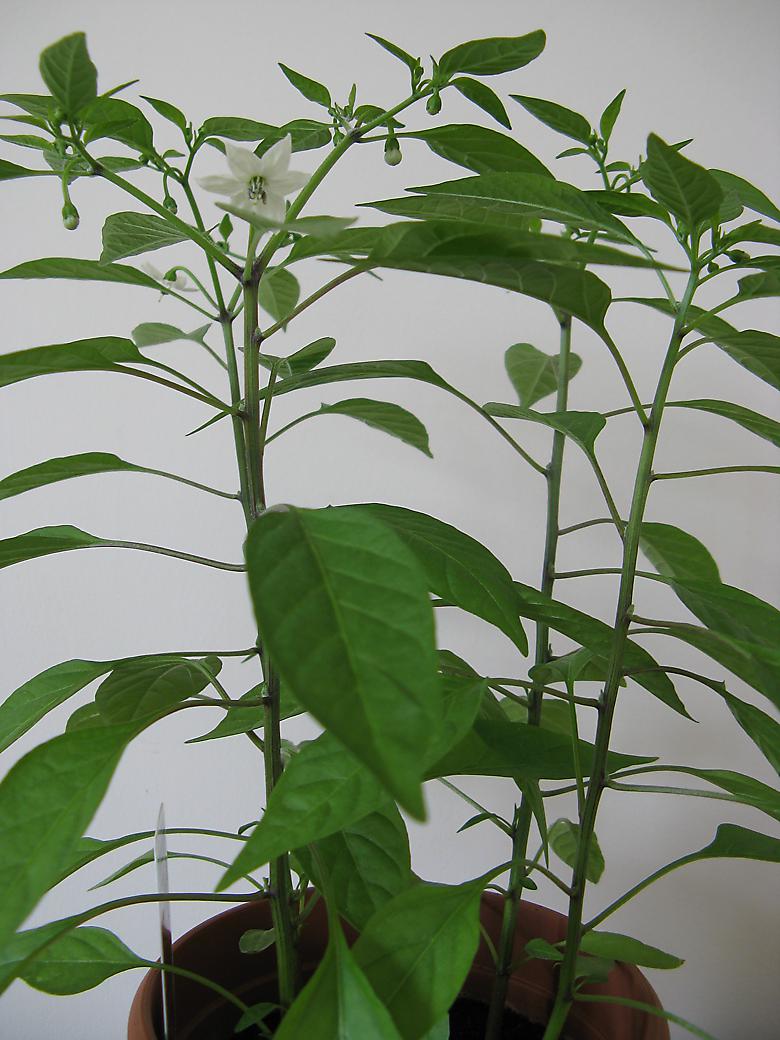 I'm going to split the end of May round up into two. This first part is mostly flowers, and the real round up post will be more about progress, although there may be some flowers there too...

The lily of the valley were out in force. I'm not a big fan at least for a small garden, but they make a nice picture. 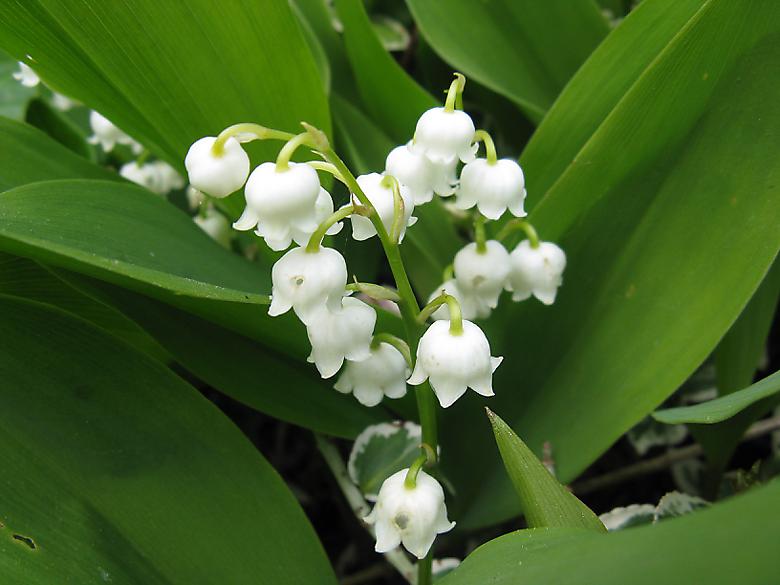 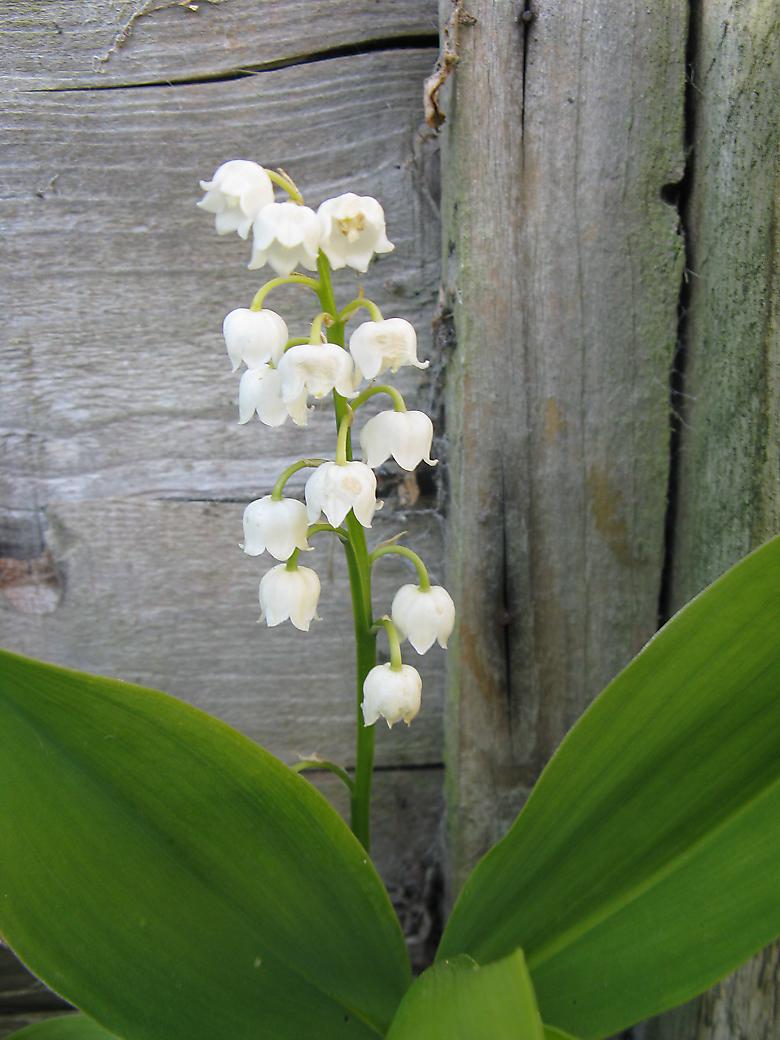 The Polygonatum was also flowering in the same area. 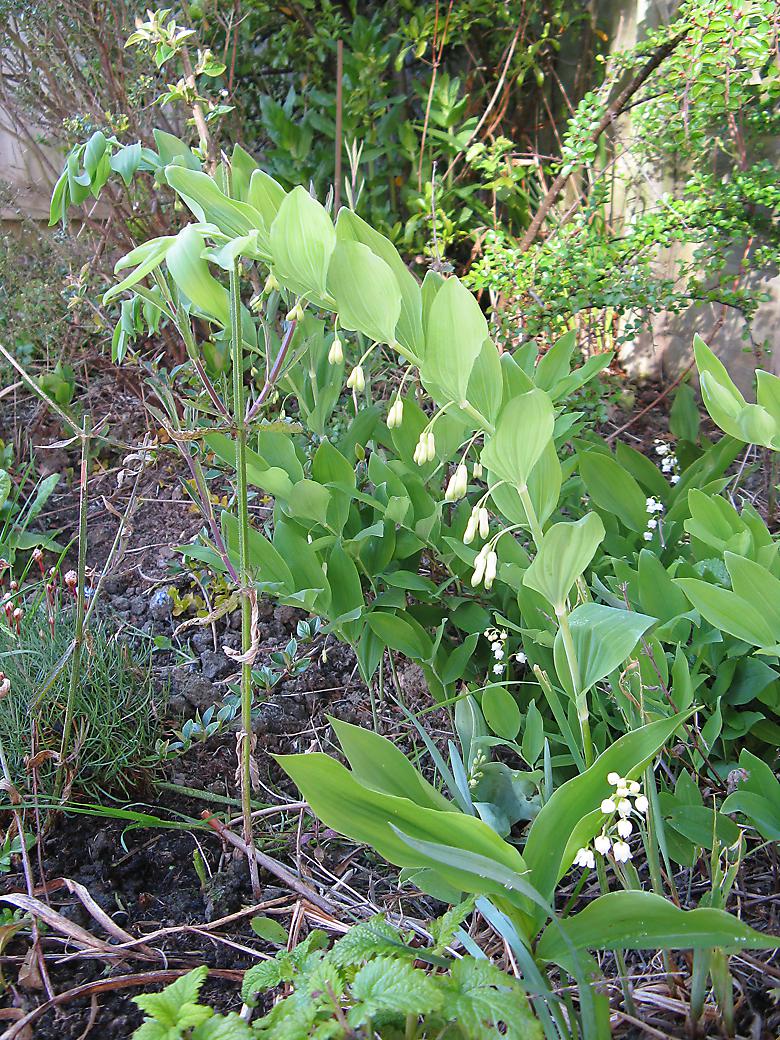 There were a few Aquilegia flowers out, here is a pink one, there are also blue and white ones out. The large plant had masses of flowers but they were a very dark purple, you would almost say black so no picture of them! 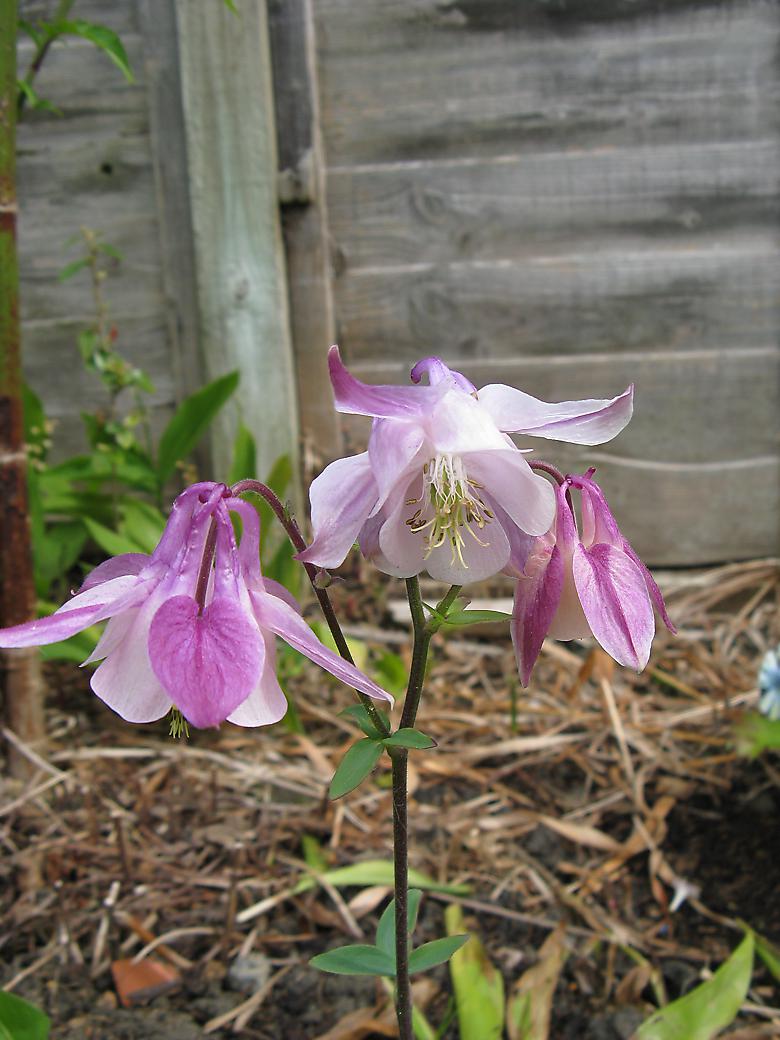 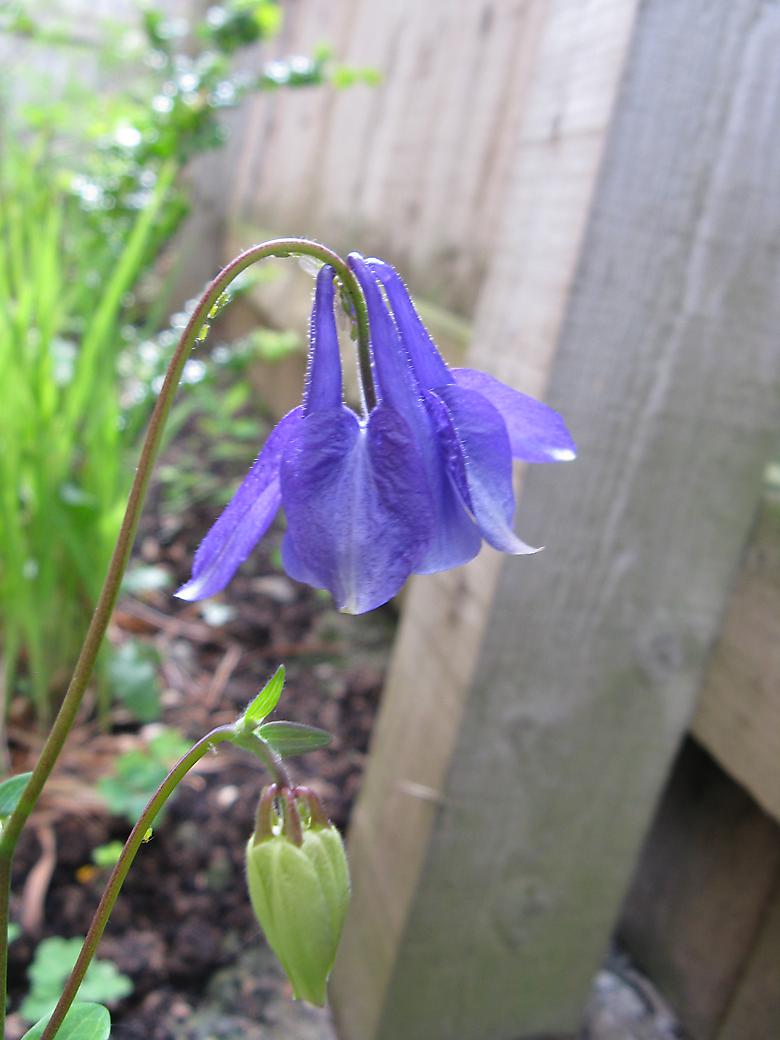 Its funny what you notice in a photo, there seems to be a few greenfly on the blue one!

Lots of shrubs were in flower. First is one of the Cotoneasters, the bees love …

Buds on the chilli 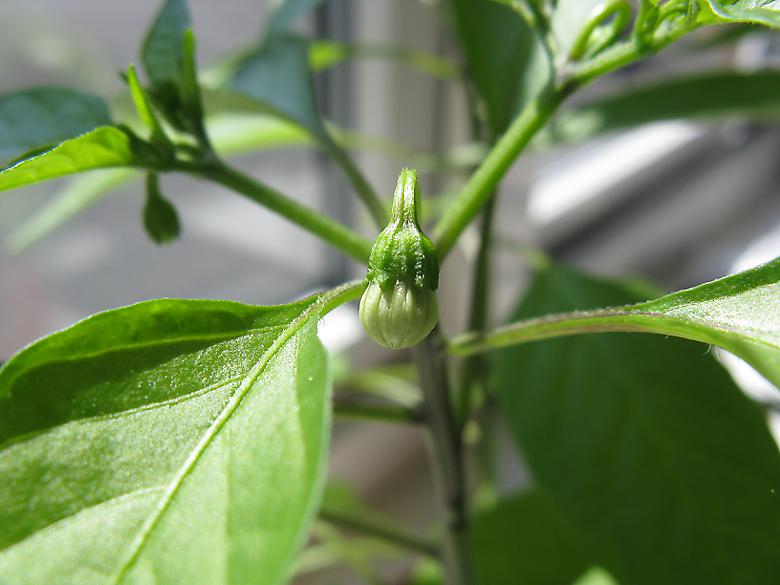 I wouldn't like to be certain about which exact kind it is but the first one that looked similar was the northern marsh orchid which is a good possibility as I am in the North and the ground is a little damp! But anyway it seems that they are very variable so telling the different ones apart is difficult. So …

After a long dry spell it finally rained yesterday. Today even though it was not sunny it was very warm, even the wind was much warmer than it has been.

So things are rather wet and maybe growth will speed up now. The large tulip flowers were flattened by the rain, another reason to avoid this unnaturally large kind of flower. Fortunately they have flopped forwards so they are still visible. Still, I am glad they are there since they are providing one of the few large splashes of colour at the moment. 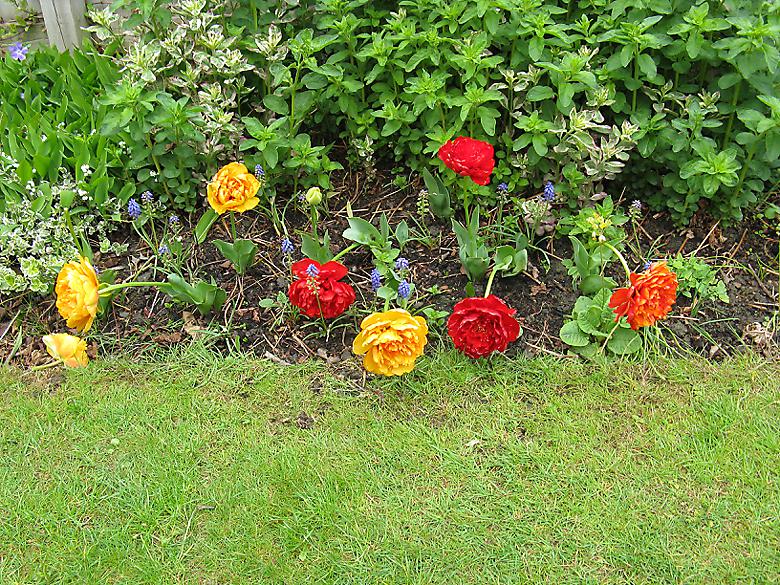 Another Geranium is out, this one is a darker pink/purple colour in the back border. This plant has spread into a reasonably large patch so I dug out a small piece and planted it at the side of the house which is lacking some interest. 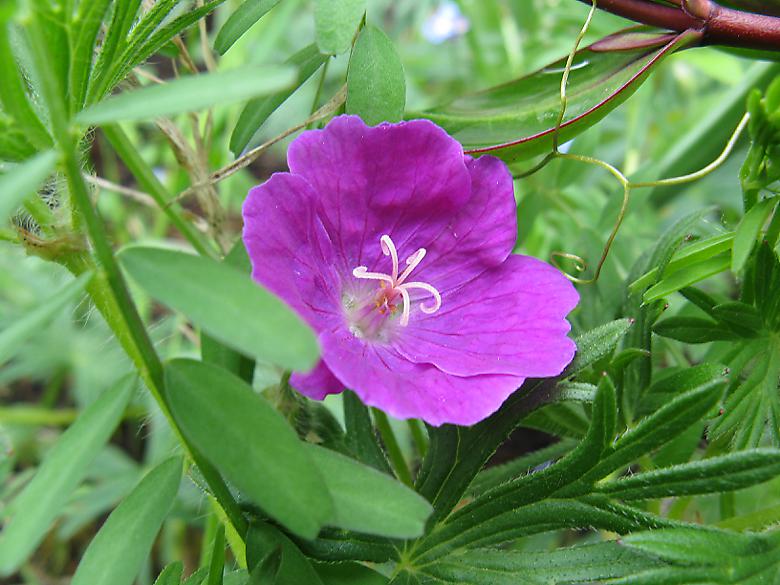 The Choisya has been slowy preparing to bloom recently and it …

The first centaurea flower is just starting to open 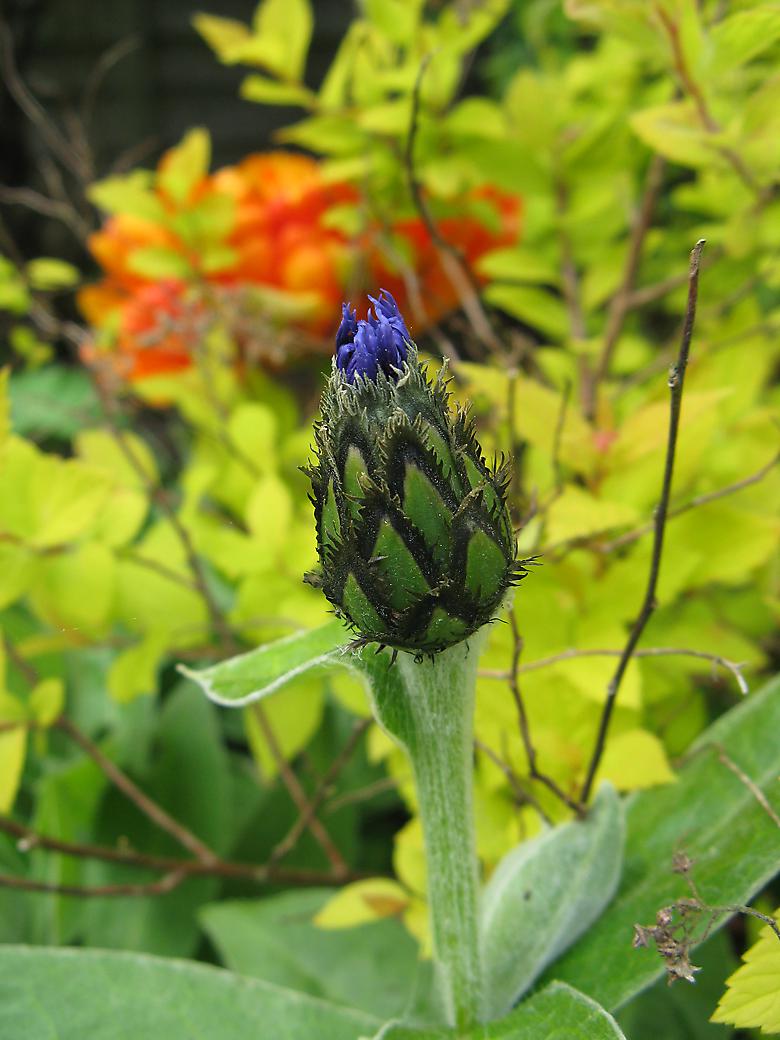 The geranium in the right hand border has its first flower too. I am sure that when this first opened it was almost white, however today it is fairly dark pink. 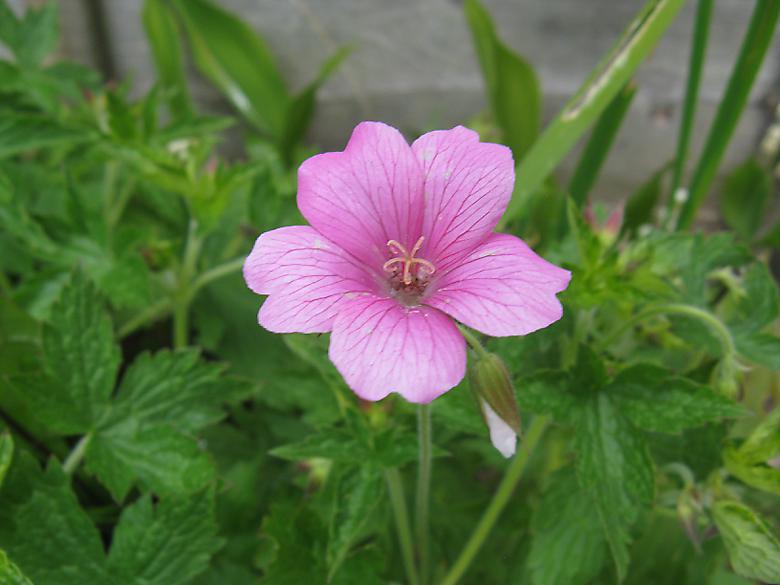 Here are the chilli plants at 8 weeks after sowing. 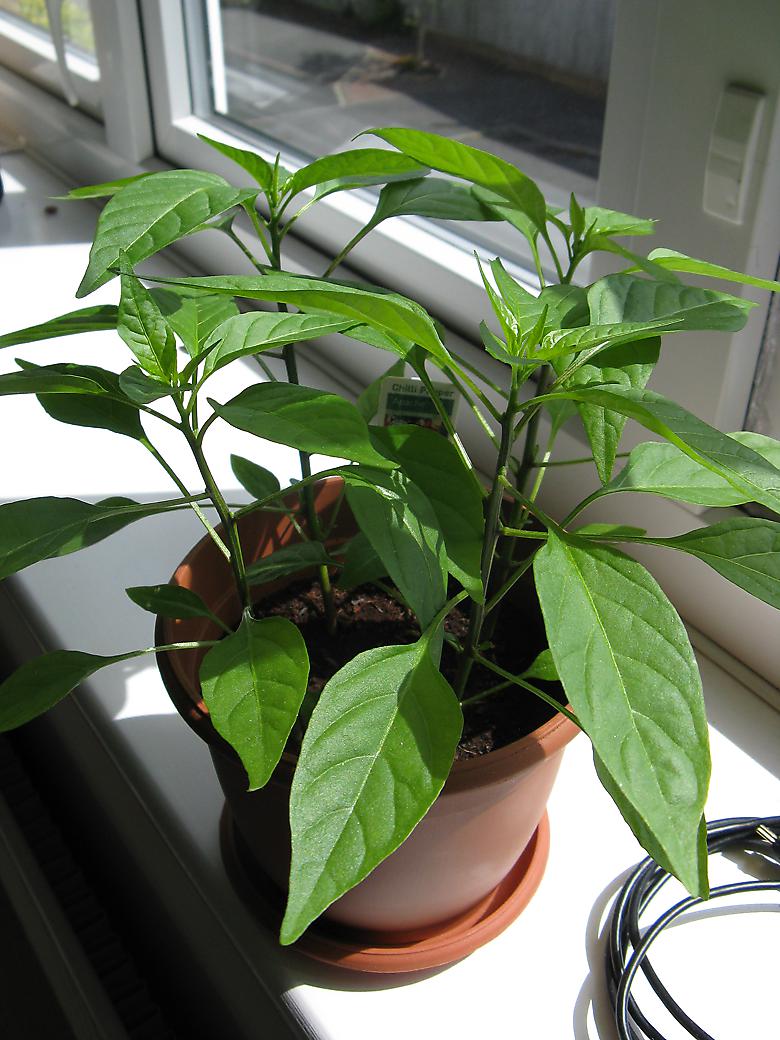 There are side branches just about starting to grow. 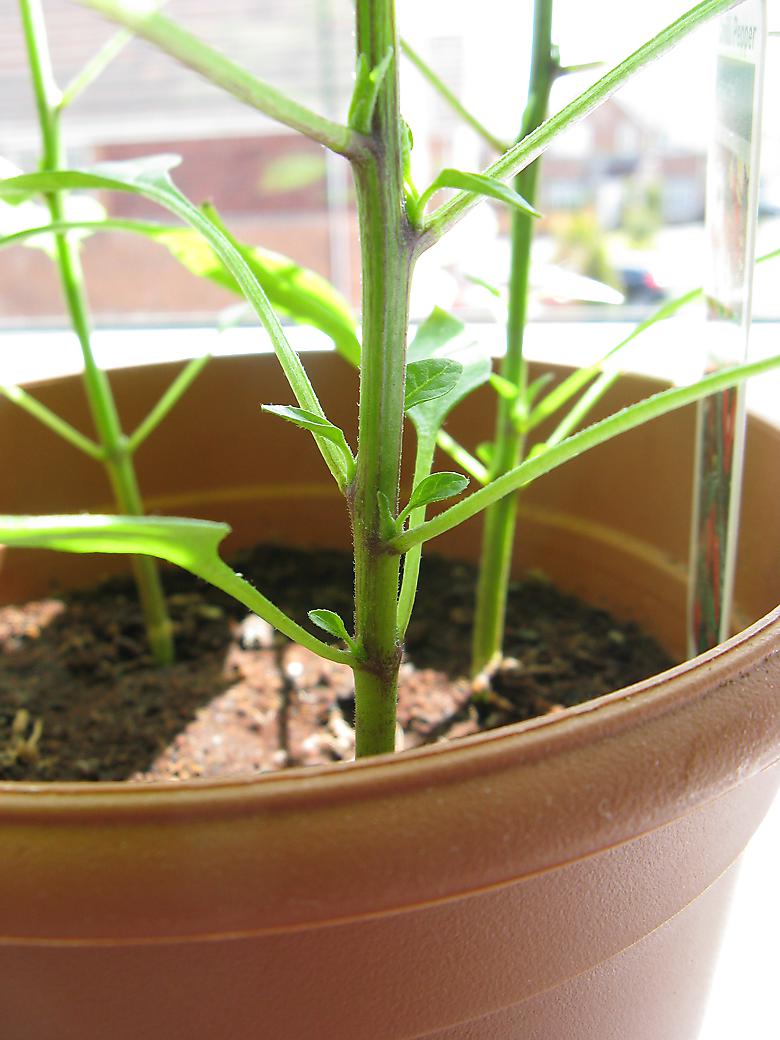 On one of the bluebells it has looked for a few days as if there may be something growing from the center. It is too small for me to see properly, but with this closeup photo it does appear that a flower stalk may be growing.

I am so excited! 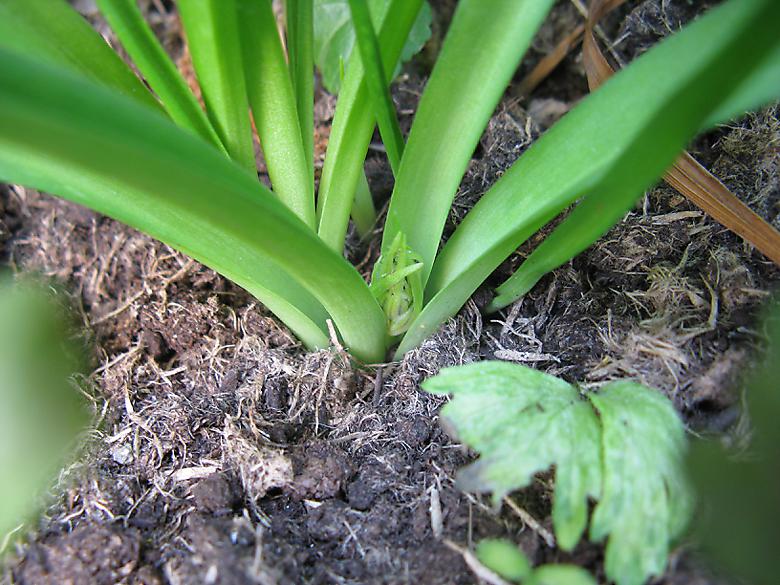