So far there is still the one shoot per plant, I was hoping there would be two each this year but no such luck so far anyway. They do not flower until May/June.

The first is right at the edge of the path by the back door. 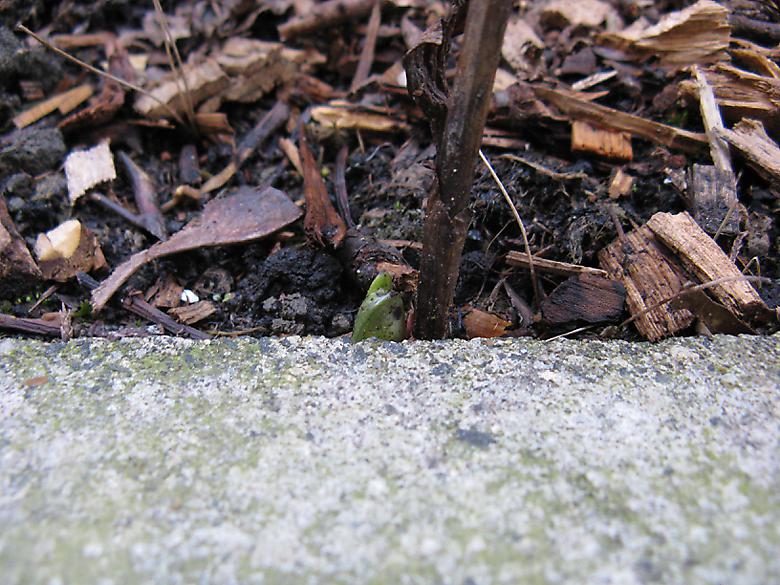 The second is under The Tree.