The Ligularia 'Zepter' that I moved from the back to the front to replace the L. przewalskii that died over the winter suffered throughout the month with the heat and lack of water. To make matters worse there was a very windy couple of days and the way that the wind whips around the side of the house caused a lot of wind scorch of the leaves.

There were quite a few Aquilegia this year. Mostly they were a very dark purple, almost black. A few blue ones and one red one.

This was an interesting one. It resembles a cultivar called A. 'William Guinness'. I'd always suspected that the dark ones were seeded from that cultivar but there has never been one with the white edges to the flowers until now. 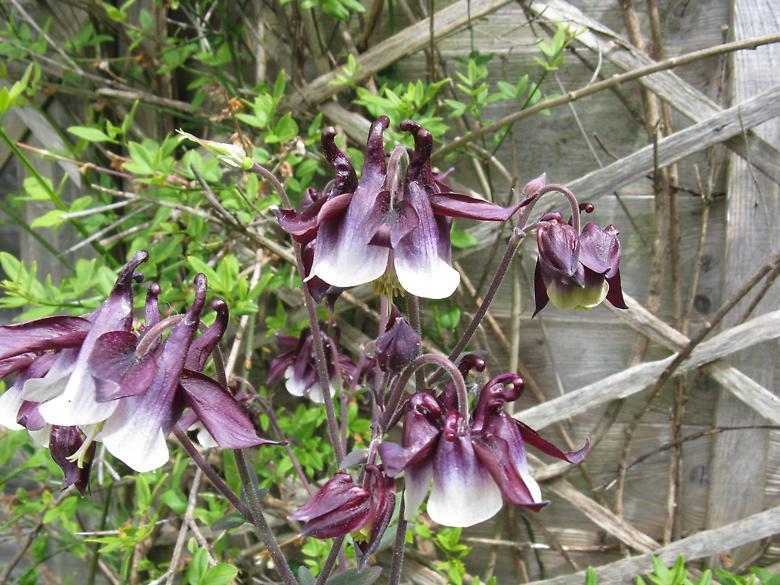 This is its first season for this Melittis melissophyllum 'Royal Velvet Distinction'. I put it at the front to fill a gap in flowering in this area. Hope it survives the wet over the winter. 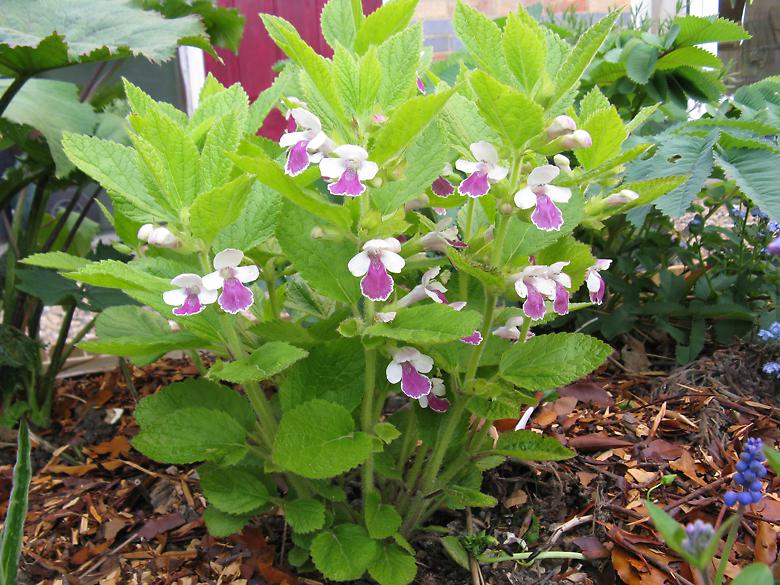 This was a plant that was already in the garden so I don't know the variety or anything. It is always early to flower and has interesting flowers that change from light to dark (or the other way around!) providing an interesting multicoloured effect. 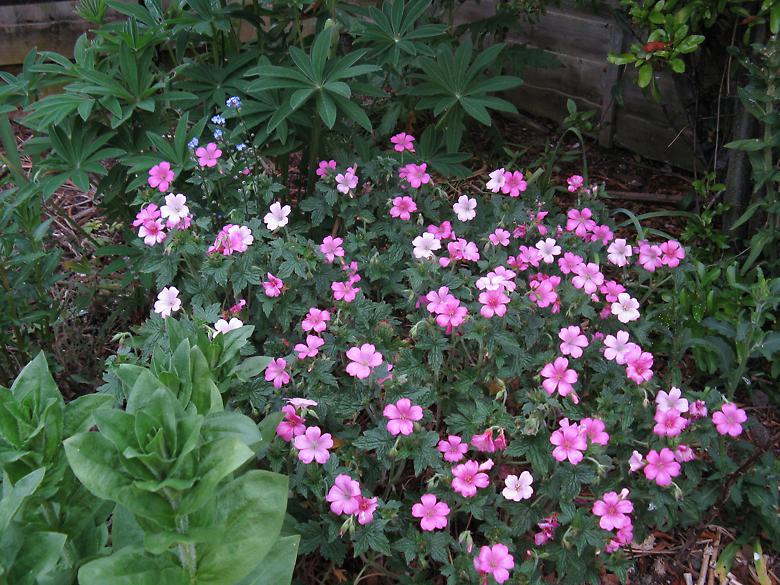 The winter was mild enough that there were a few unexpected survivors from last year. This Gazania was one of them. 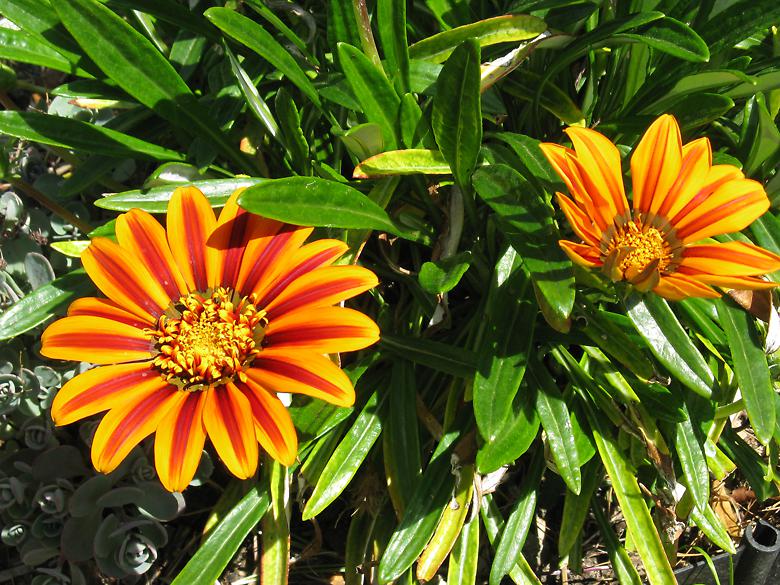 I also had an 'annual' Lobelia survive over the winter with flowers too.

This is Veronica austriaca 'Venice blue' which flowers early with a mass of bright blue flowers. 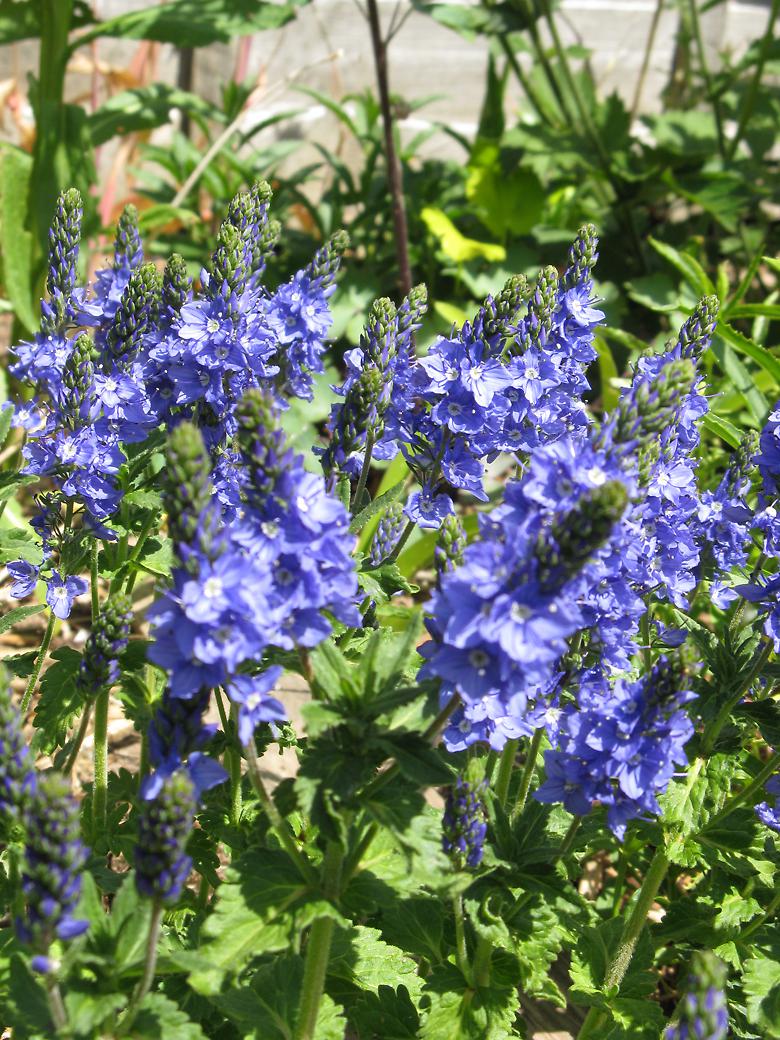 This plant varies year to year, this year there are a mass of flowers. 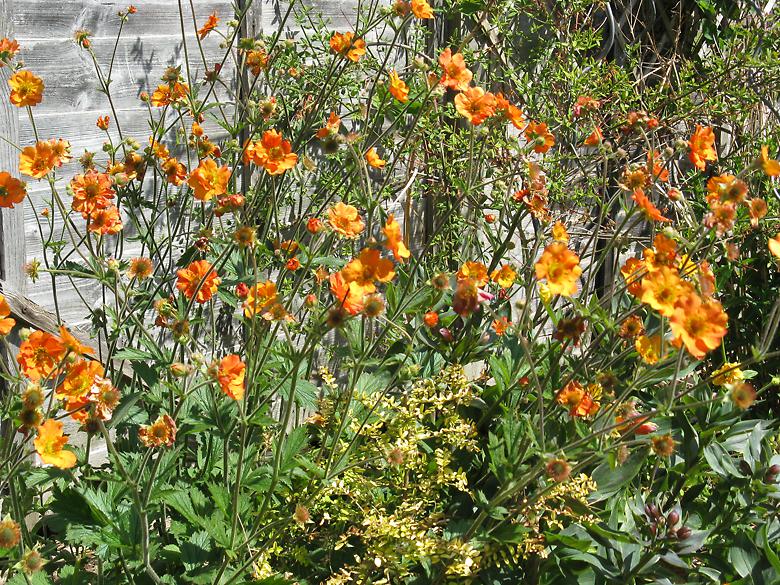 I don't like Astrantias that much as the flowers are often not very colourful once they have opened for a while. This one is an exception and is a lovely red colour. 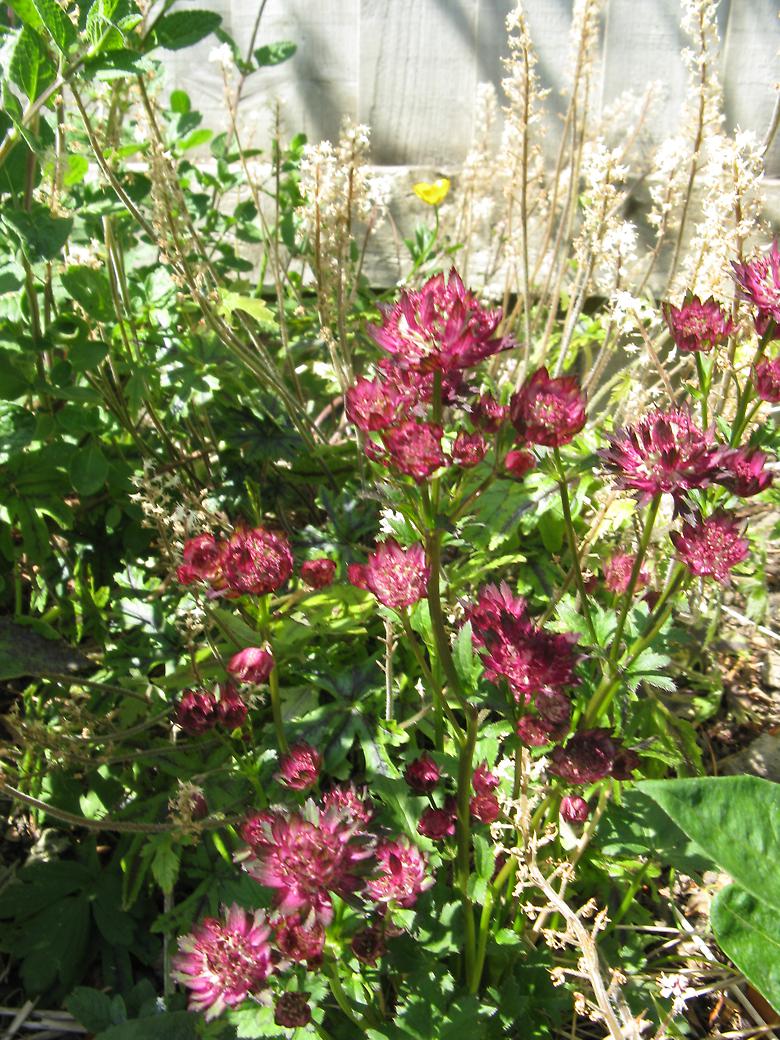 Looking better in real life than in this picture. Lots of blue flowers that are very popular with the bees. So far the cats haven't destroyed it. 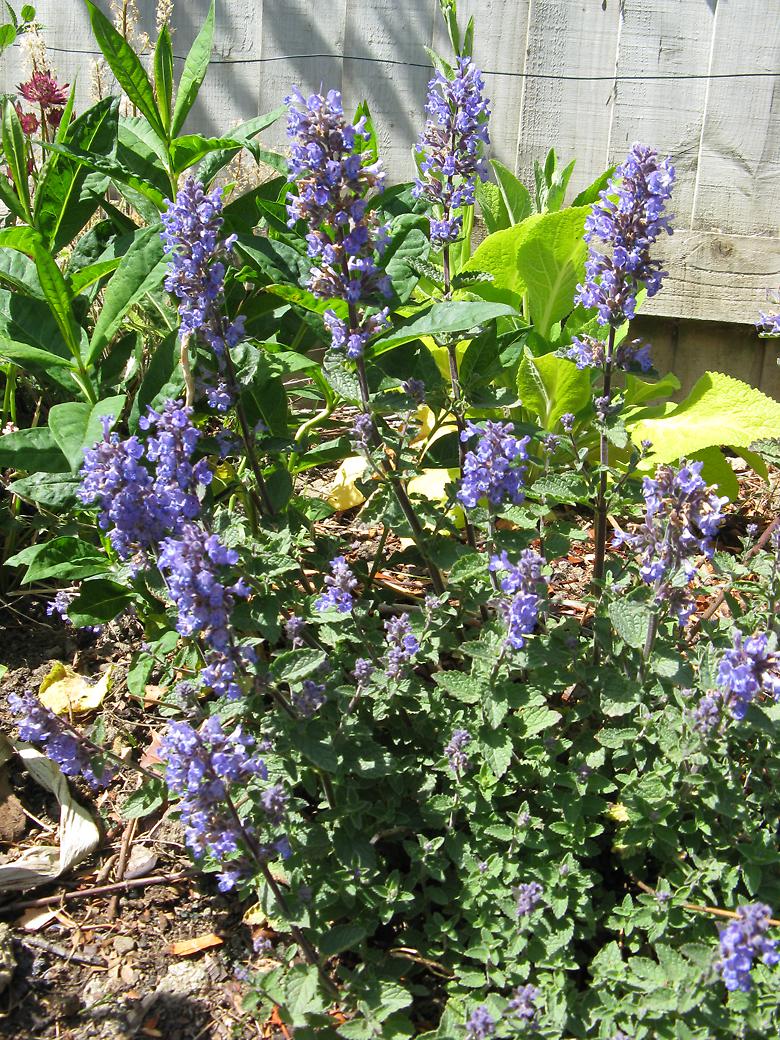 This year I planned to do something with the back border. There are parts that are not easy to get to and it is in general a mess.

The general idea is to put a path through the area to divide it. This will reduce the amount of planting space, but some of the lawn will be added to the border so the actual area will probably be about the same.

I removed and put into pots or temporarily elsewhere the few plants that were already in the area.

As everything is so dry it is very hard going. The spade is mostly useless and I'm doing most of the digging with the mattock. In this area there is not much top soil before you get to the solid yellow clay layer.

What I do is dig down as far as possible and then chipping away at the base clay layer as much as I can bear.

I chopped up all the lumps and sieved the result into a couple of tubs which I saved until the end.

Then I put the turf at the bottom and started filling from there. Clay from the bottom was also chopped up as much as possible an mixed into the rest of the soil.

More chopping of the lumps, a layer of compost, then the saved fine soil. Finally I covered with a thin layer of bark. I would have used wood chips but I have none and I do have bark that needs to be used somewhere.

This was part way through and you can see the lovely gray colour and texture. 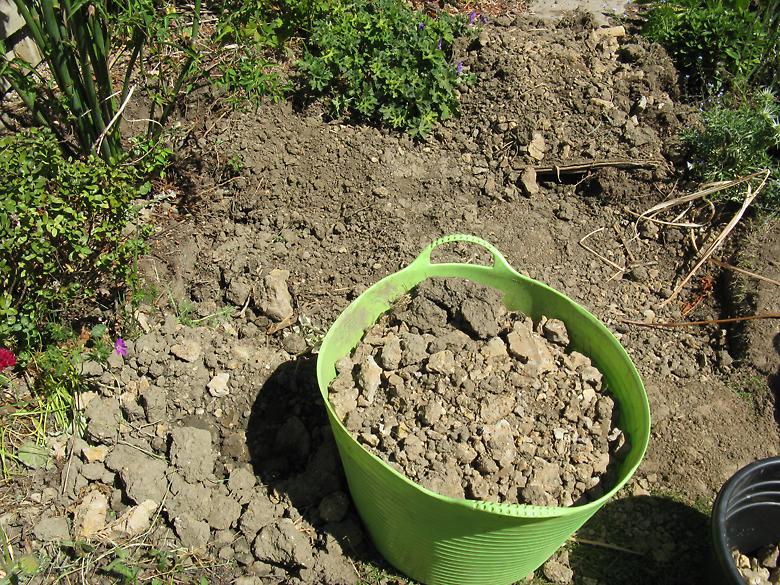