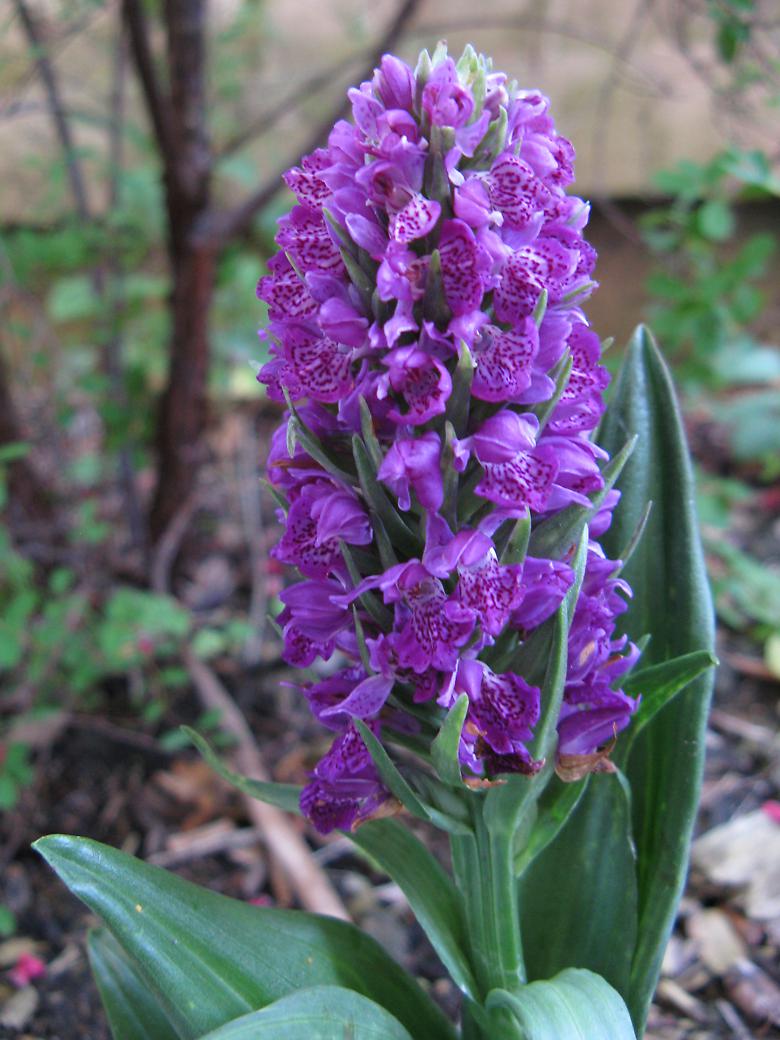 This geranium came with the garden, I believe it to be Geranium × magnificum. This is a division of the original that I made a couple of years ago. It is now much bigger and taller than the original! 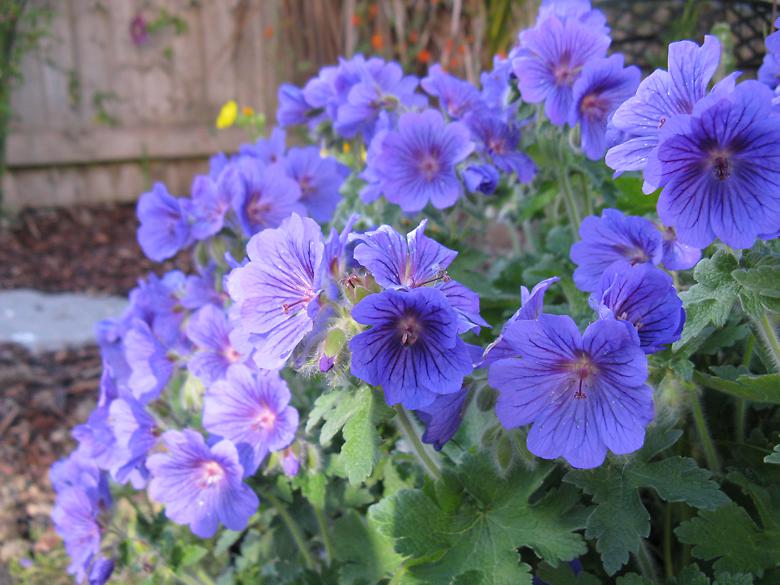 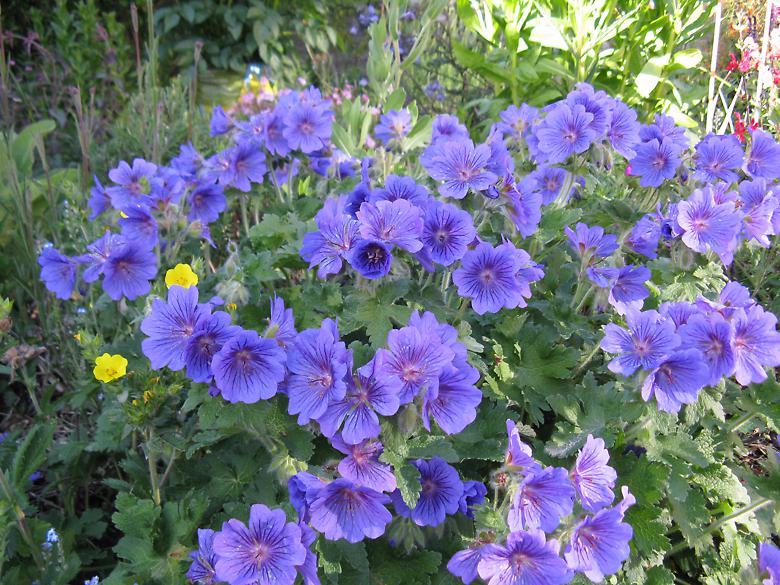 It is by far my favourite Geranium but it doesn't flower for long.

Alliums don't survive well for me. All the Allium cristophii I was originally given have gone. So I've now only got this one which was given to me earlier this year. Its in a different place so maybe it will survive longer. 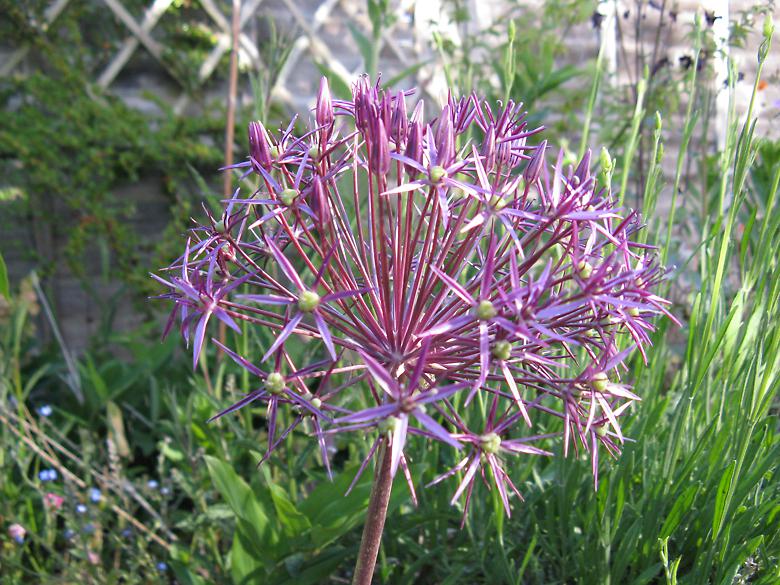 Geum 'Totally tangerine' is doing very well this year. It is a mass of flowers. 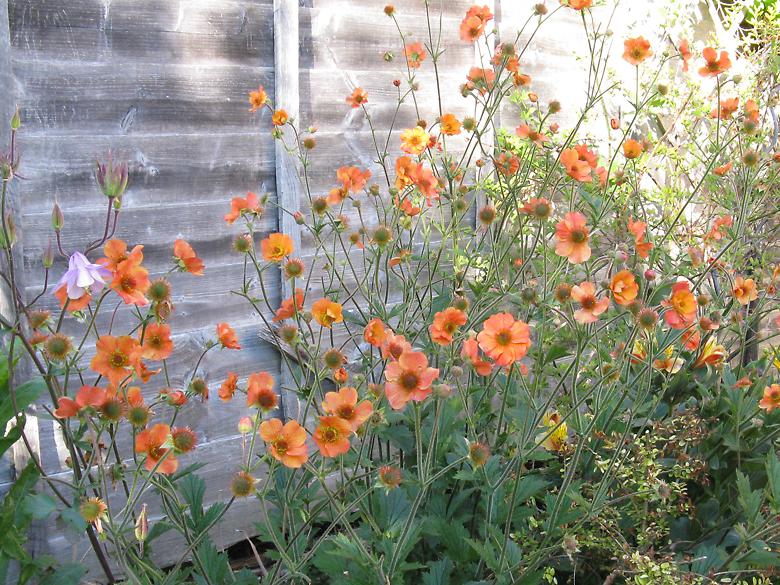 I want to move this Knautia macedonica as part of sorting out the back border, but it is flowering so well at the moment that I am just leaving it for the moment. I moved it last year and it took a long time to recover. 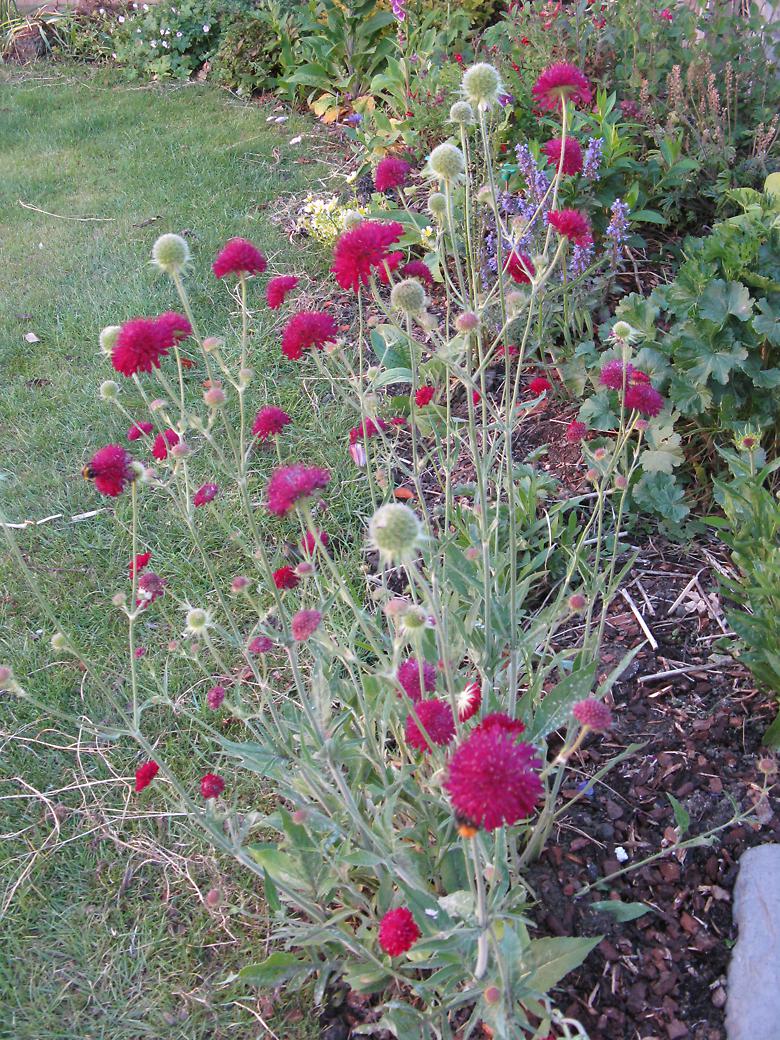 I've no idea what this is but it is starting to look interesting.

When I say I have no idea, I mean that I grew it from seed from the Hardy Plant Society from a packet marked Salvia × superba, but unless I am very much mistaken it is not that. 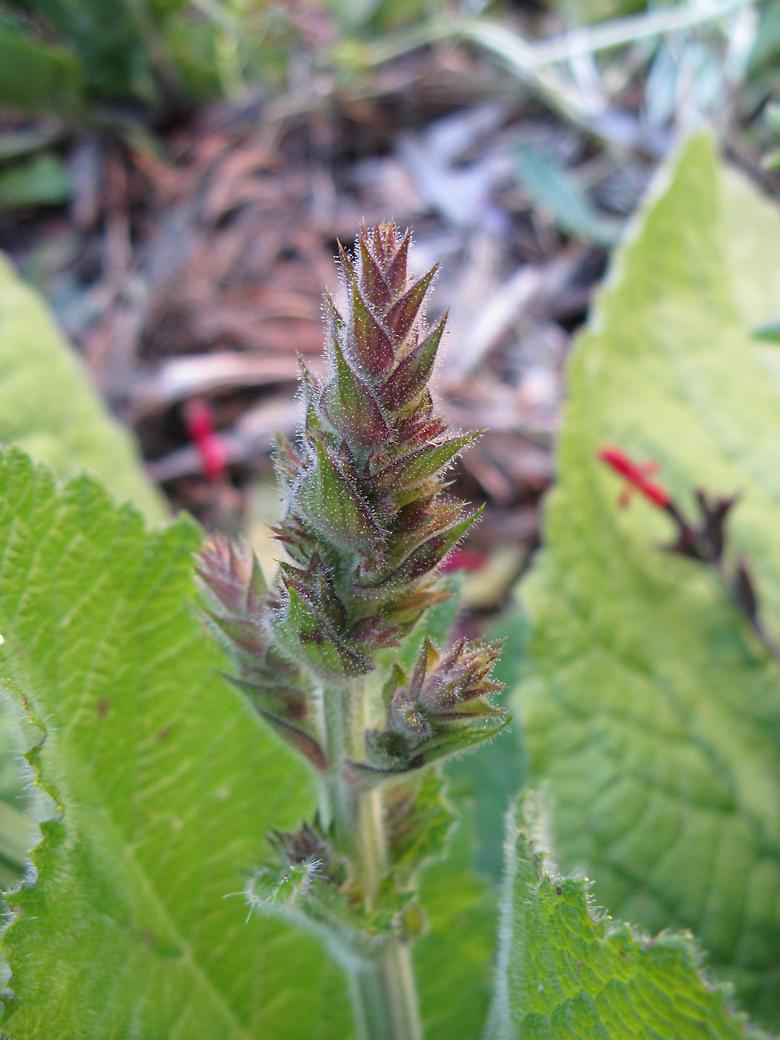 ← End of May round up The cordyline flowers →