Six on the last day of September

Today summed up September pretty well - it started off sunny, then it rained heavily and then it got sunny again. A story repeated over and over throughout the month. At least it was fairly calm.

It is getting harder to come up with a whole six things and I was going to skip this week, but once the sun came out again I managed to get a few photos.

This Primrose is in the border by the side of the house where even the weeds struggle to grow. It and the winter jasmine were the only plants in flower when I arrived here at the beginning of the year. More and more I can feel the year's cycle beginning to close.

You can see how it was originally a few pictures down into the original January post - it does look a bit happier now.

It also reminds me that there are so many very colourful primrose type flowers that I should get a few more for next year. 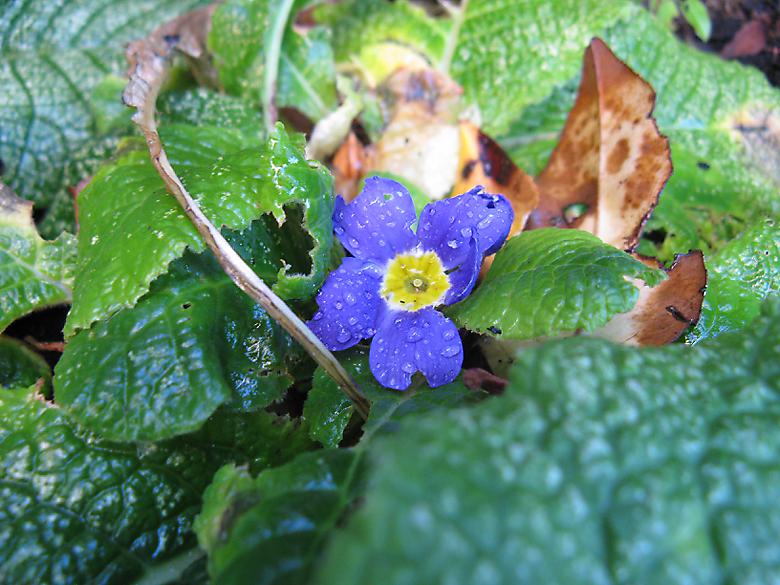 For a while this was the best thing in the garden, and last featured in July, but it hasn't had another flower for quite some time. Finally here is its second flower spike. I believe that the variety is "King George V" 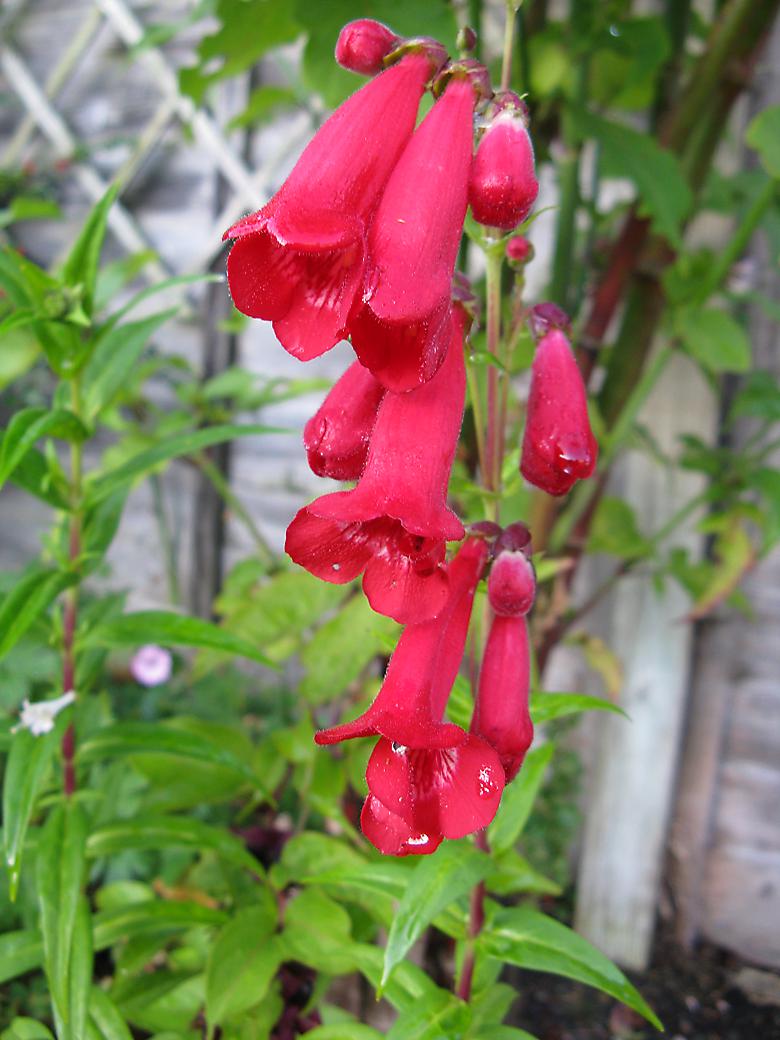 I have a variety of Cotoneaster shrubs, here is another one that has not featured before with its berries. 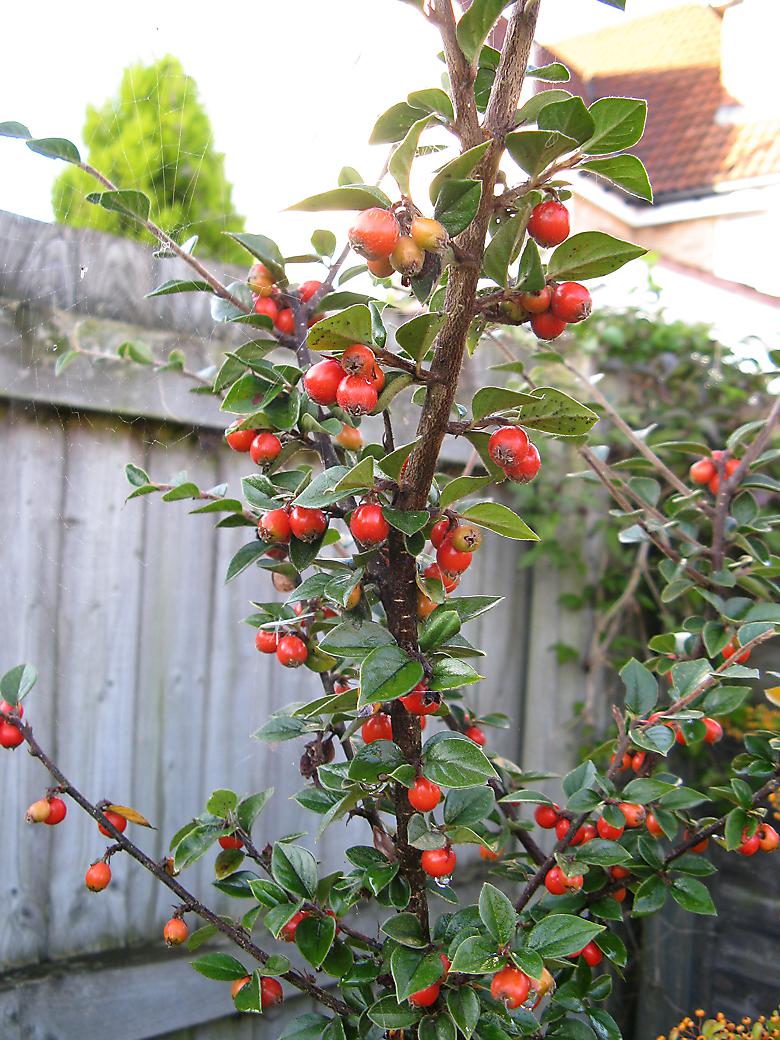 You can see the flower in the last item in my 29 July six. I don't know the variety or anything so there is nothing more to say. 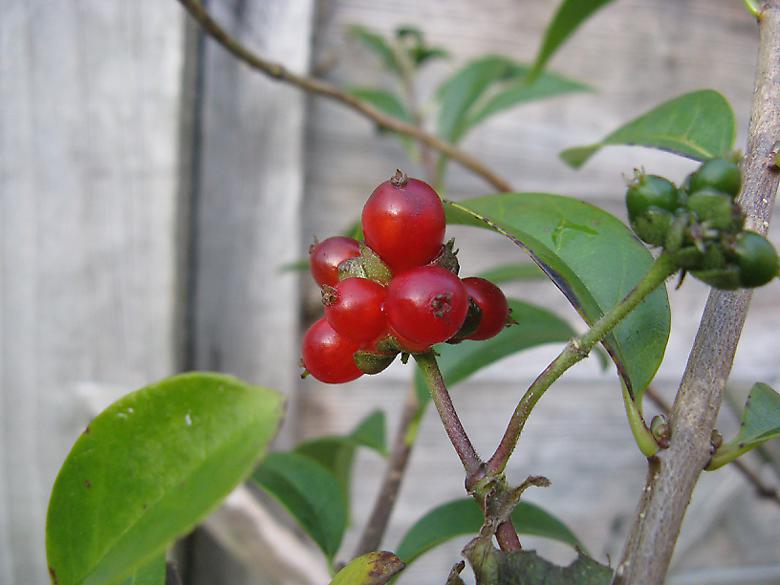 A second batch of flowers. Apparently the flowers tend to vary in colour throughout the year. At the moment it is going through a white phase, with just a hint of red at the very bottom of the petals. 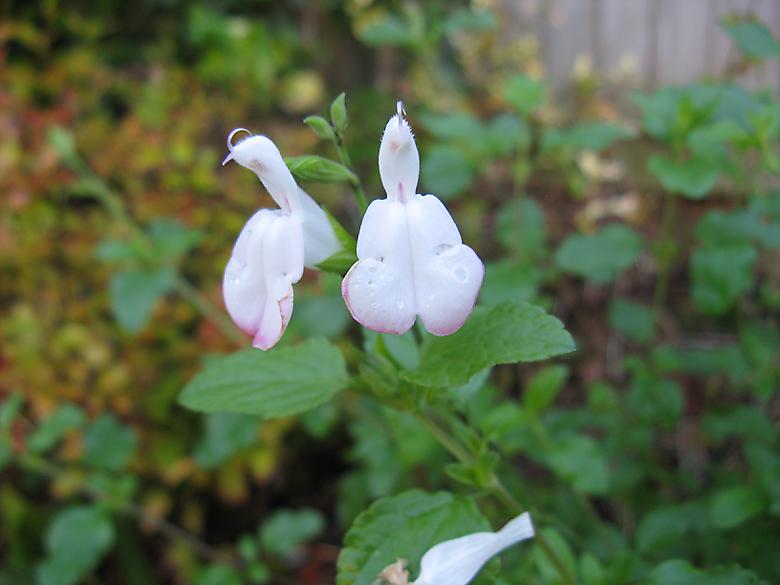 I have a Salvia 'Radio red' and as it maybe will not survive the winter, I am taking a cutting as insurance.

Unfortunately the plant is not very large and there were very few stems to choose from. The first one I cut was probably too small and indeed it has not rooted yet (although nor has it died), but the second one has one root. Unfortunately I did not record when I took the cutting so I can't give exact timings but I imagine that it took longer than the "Wendy's wish". Also bizarrely there is pretty much just the one root even though it has now grown half way around the cup. I'll be leaving it a week or so before planting into compost. 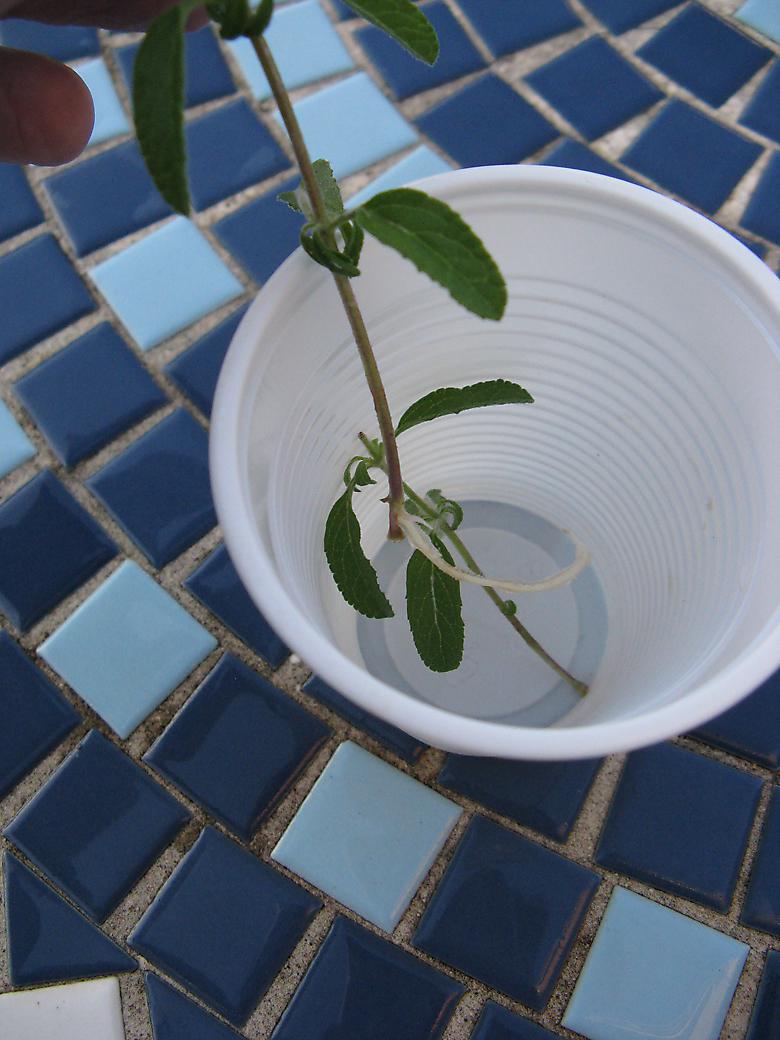 ← Rosemary beetle End of September round up →