I saw a couple of beetles on my Salvia 'Wendy's wish', they were quite small so I couldn't be sure, but I had a feeling that they might be Rosemary beetles. I took a picture so I could take a closer look and it does indeed look like one. As far as I know there is nothing similar that isn't very rare.

I knew that they were a pest of Rosemary (obviously!) and Lavender so looked them up and it does say that they are also to be found on Salvia (and Thyme) species as well. 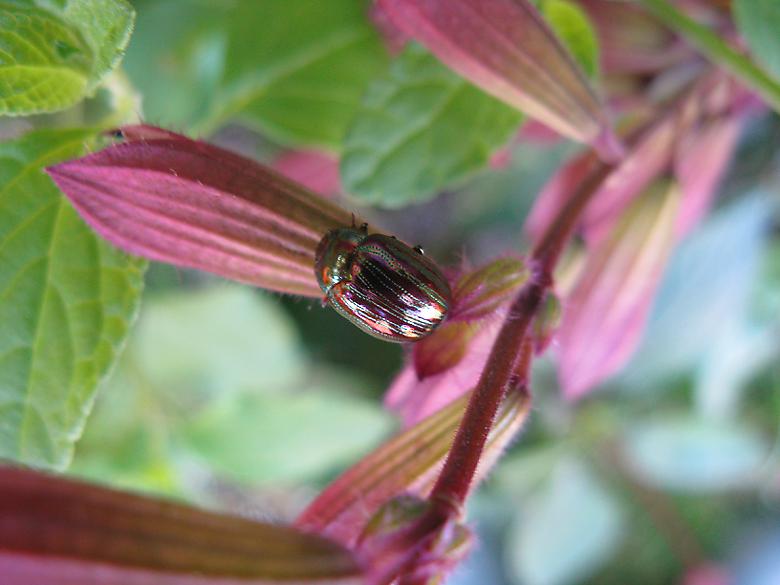 ← Comma butterfly Six on the last day of September →