Seeds - was it worth it

This year I planted seeds indoors quite early (Mar 20th) with the intention that they would be planted out into containers. Previously I've planted much later and directly into the container. So the question is, was there any advantage in planting so early.

Now previously it was a different year and a different location further south, so the comparison can only be taken so far.

Looking at pictures from this day in 2012 and the days around about, I can see that the zinnias had just started to flower and the Californian poppies had been out for about a week. The lobelia didn't start flowering until the 28th.

Back to today, and the zinnia have just started to flower, the poppies have been out for about 2-3 weeks and the lobelia have already got a few flowers.

So there has been no advantage for the zinnia, maybe a week for the Californian poppies and perhaps 2 to 3 weeks for the lobelia.

But it is worse than that for the zinnia as they have not faired well and they do not seem to be very strong plants.

The ones planted into the ground have not done nearly as well. Most of the zinnia have died, the Californian poppies are OK, but have had one flower each and are far smaller than the ones in the tubs. The lobelia have faired the best, they have a few flowers and in fact one of the ground planted lobelia flowered first.

The petunias have done fine, I don't have anything to compare them with. There are two white ones and a rather lovely velvety coloured one. Of the two in the main container, the white one is doing the best and the velvety one has fewer flowers and they get eaten by something, probably slugs or snails.

Next year I will plant zinnia straight outside in pots, probably the same with the Californian poppies. On the other hand I may plant the lobelia even earlier, although I will put them outside as soon as possible in pots and perhaps be ready to protect them if there is a bad frost.

Some pictures, the Californian poppy first.. 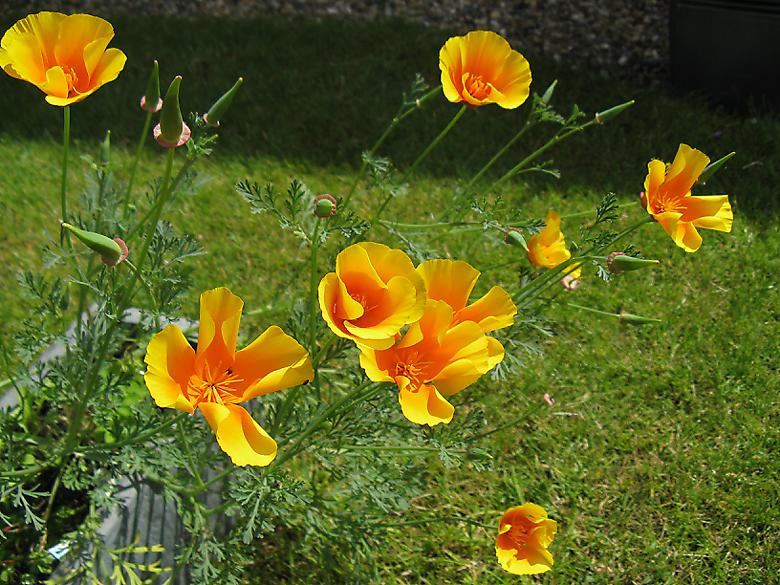 Here is the white petunia, I will try to get a picture of the other one if the slugs/snails can leave one alone long enough. 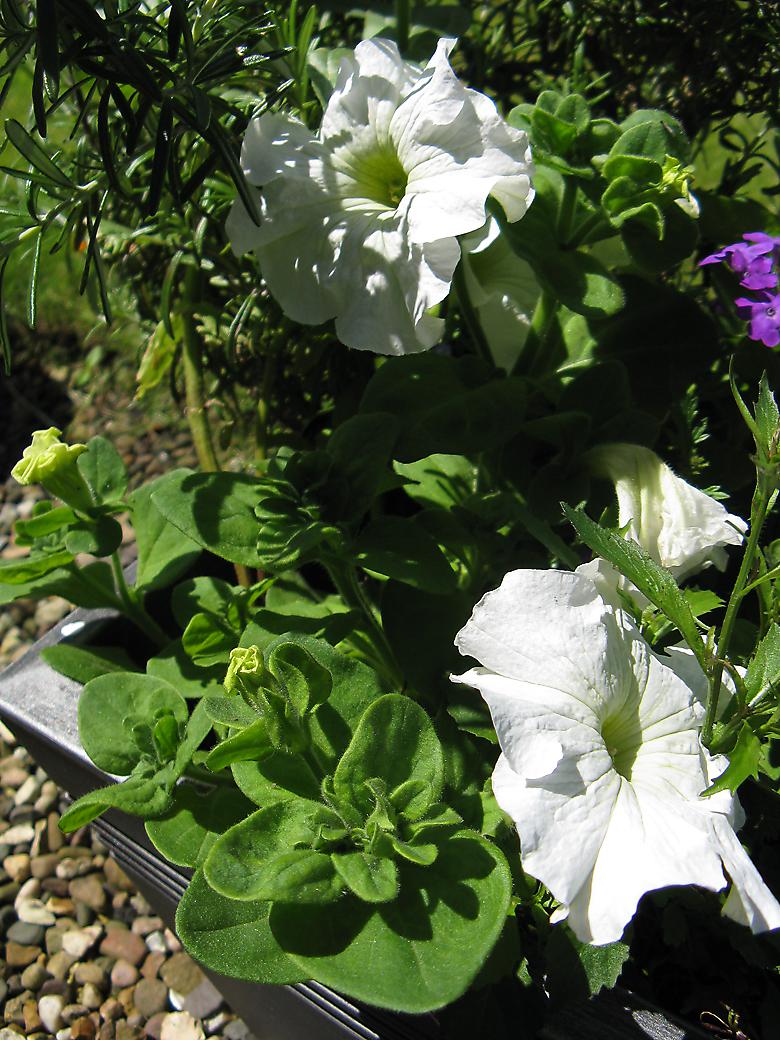 Here is the zinnia flower that is out so far. 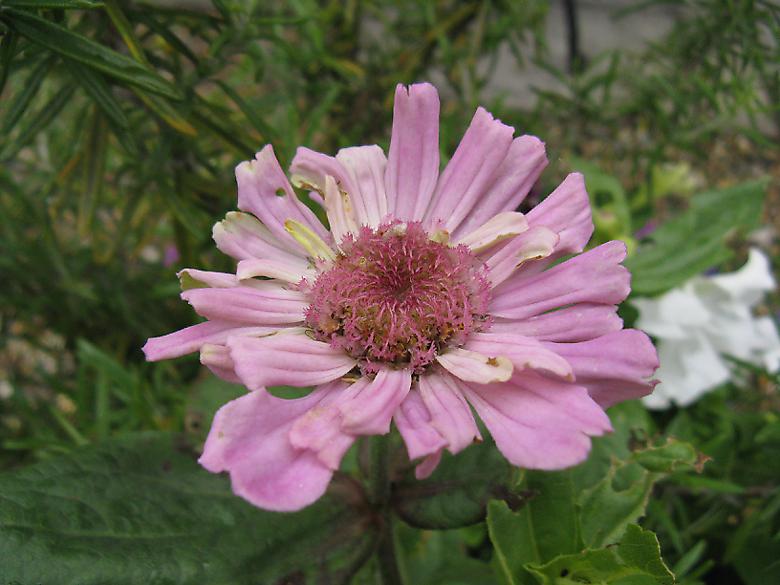 Here is the lobelia 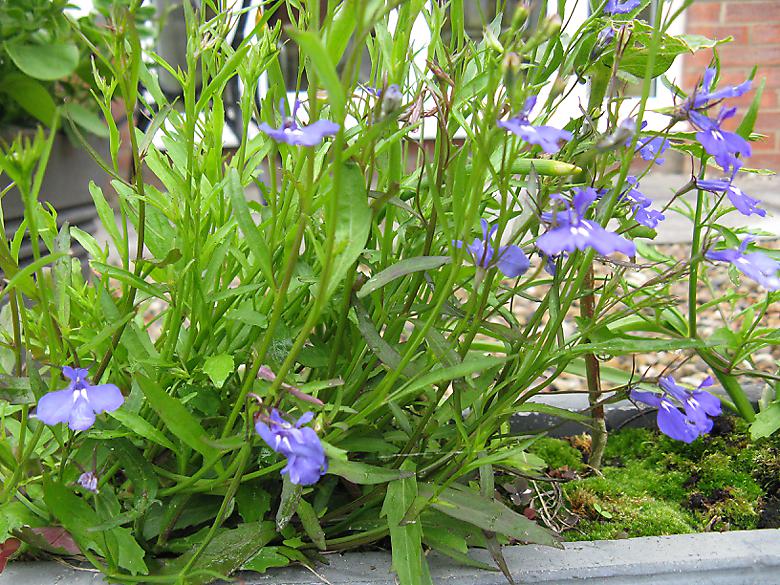 Finally this is the display in 2012, a bit of beginners luck I think, and this year is not going to be anything like this. 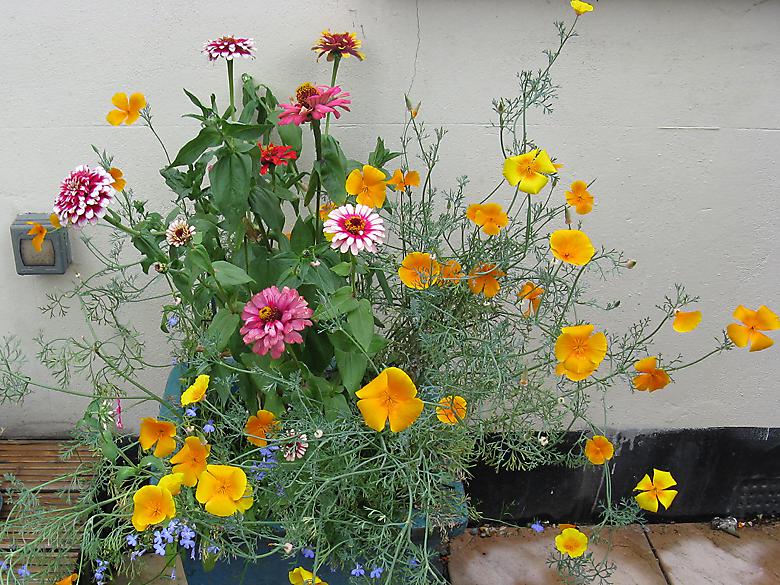