I dug up an area of lawn to extend the back border. There is not a lot of new space as I have a path to retain easy access to back of the border.

It was very dry and so most of the digging was done with a mattock to break through the clay. The top soil in this part is not very deep, I dug down into the solid clay beneath a few inches. The turf was placed at the bottom, then the clay and soil were mixed and mixed everything together. I chopped the lumps up as much as possible, which produces a lot of fine dust which I sieved out into tubs and kept it for the surface. I mixed in some compost too. 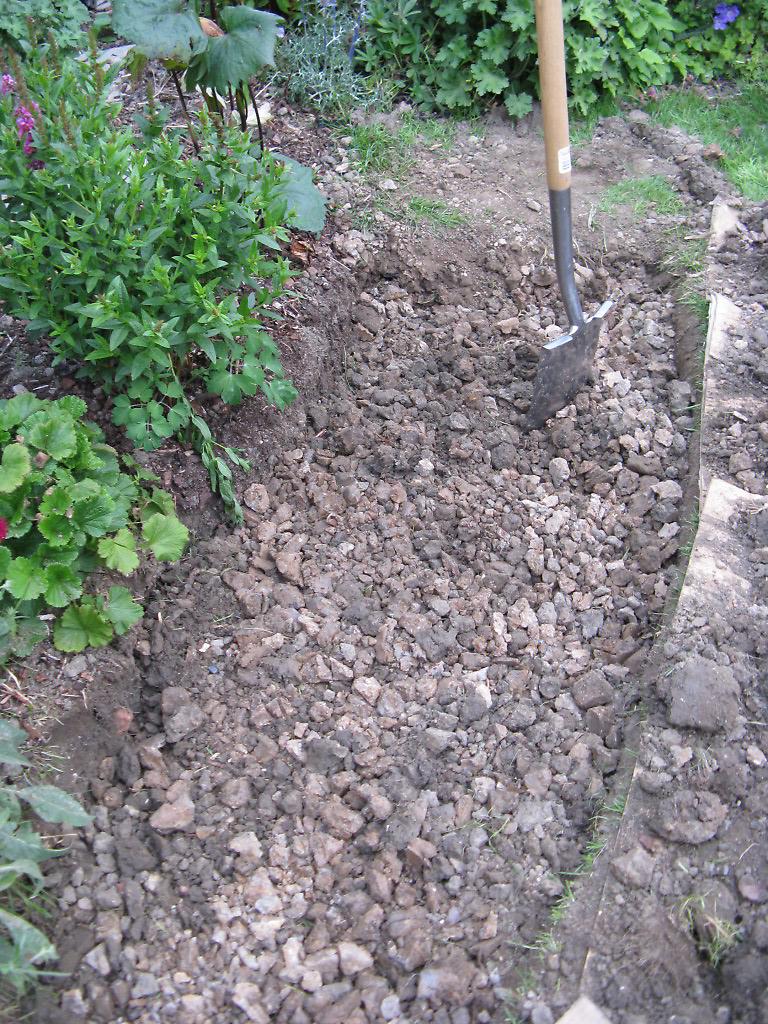 I quite like this combination of Lysimachia punctata 'Alexander' with self seeded Malva moschata (I think) which arose largely by chance, the area was all mint when I arrived here. 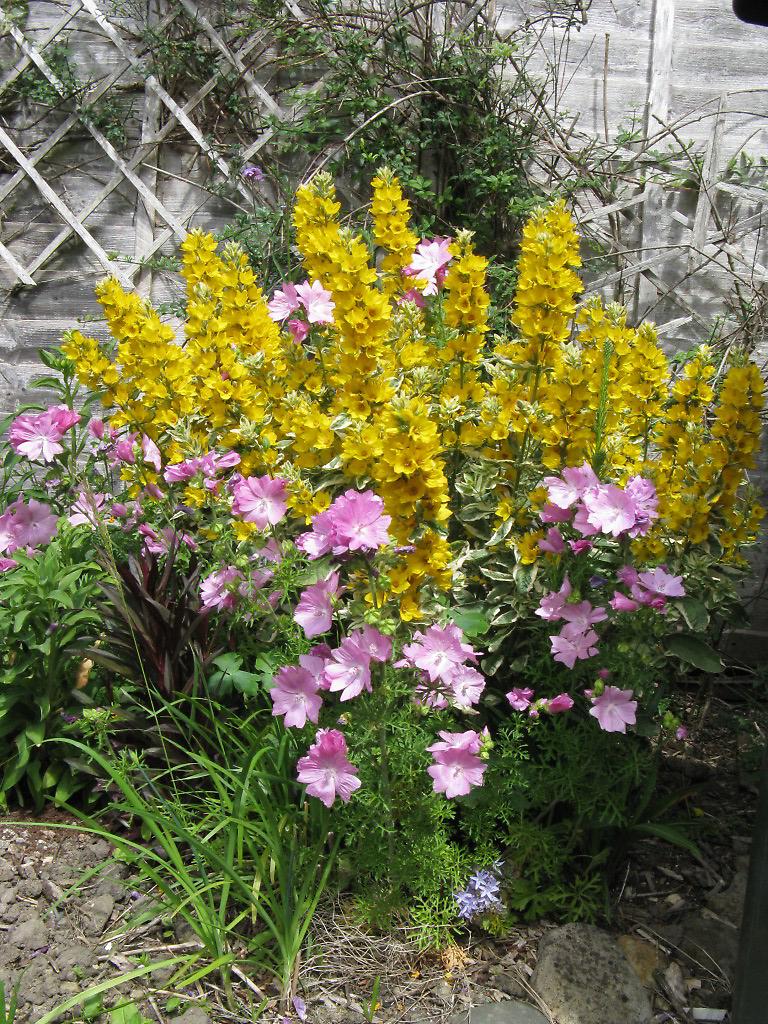 In the foreground are the yellow spires of Ligularia 'Zepter'. The other tall yellow flowers are Ligularia × yoshizoeana 'Palmatiloba' 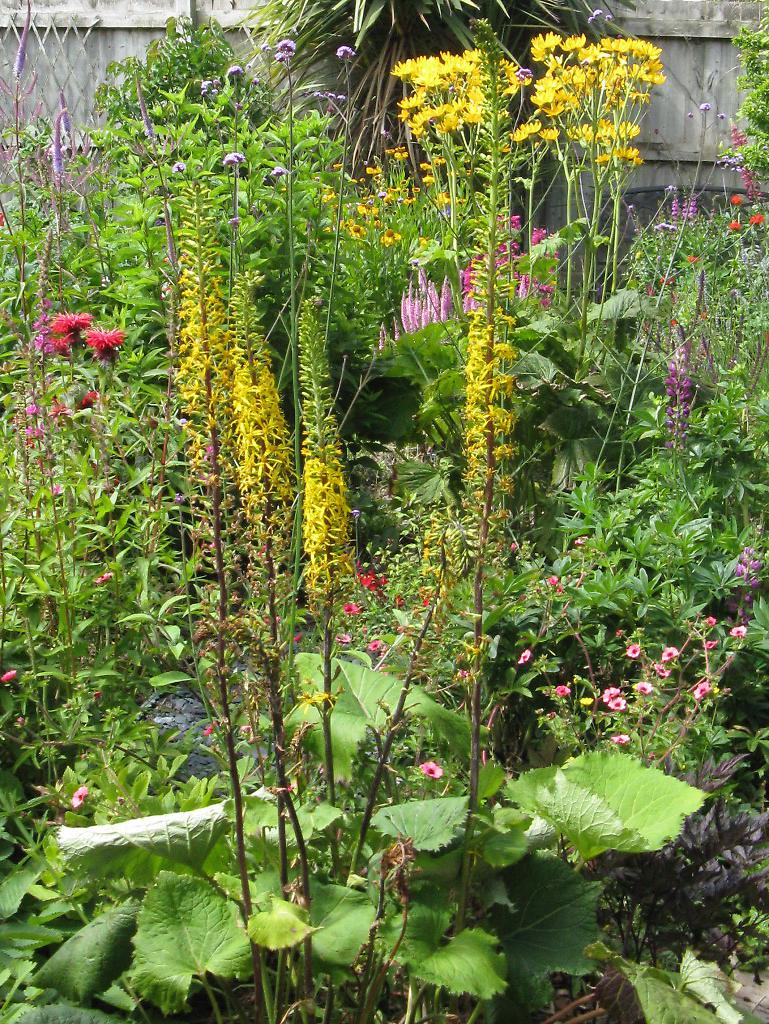 This is Agastache 'Morello' which has been amazing and long lasting this year. 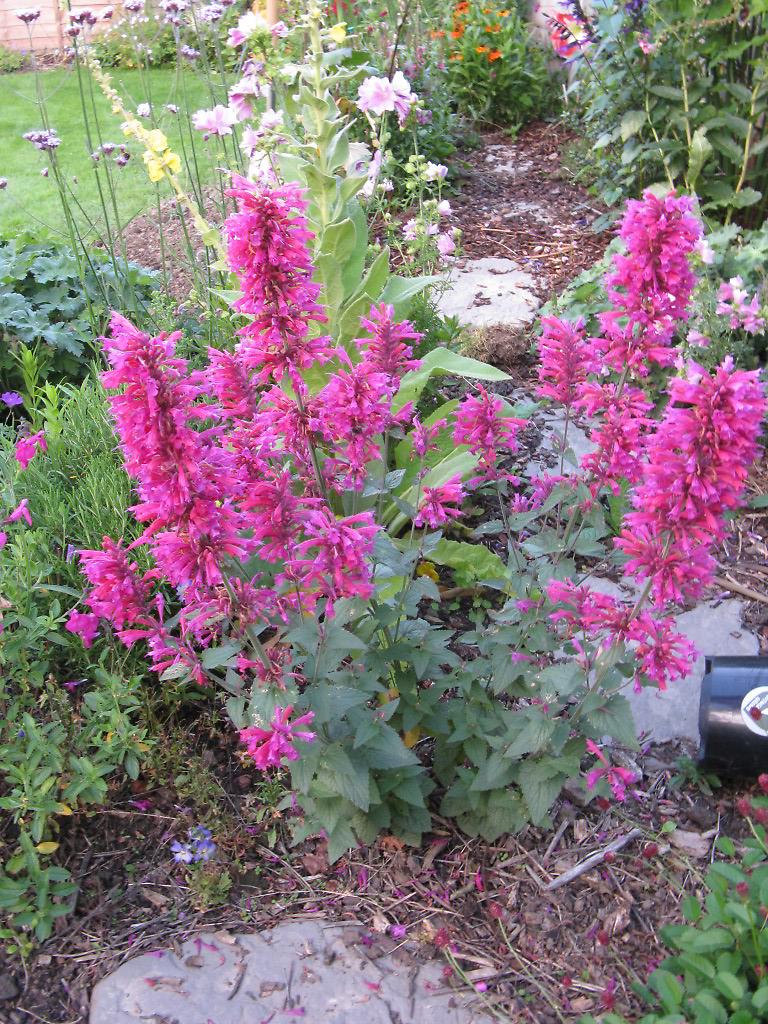 The Sidalcea 'Elsie Heugh' has done OK this year, whereas the very similar S. 'Little princess' has had very few flowers compared to last year. I am putting this down to the dry weather earlier. 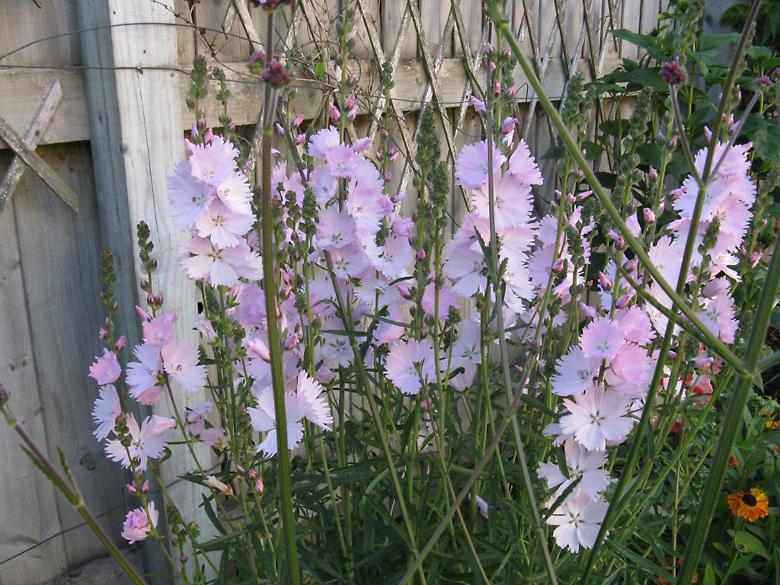 The Salvia patch. The blue and white flowers what I think is Salvia forsskaolii that I grew from seed (labeled as Salvia superba). The bright red is S. 'Radio red', bright magenta towards the back is S. 'Dayglow'. The lighter pink one at the front is S. 'Cerro potosi'. The splash of yellow is some more Lysimachia punctata 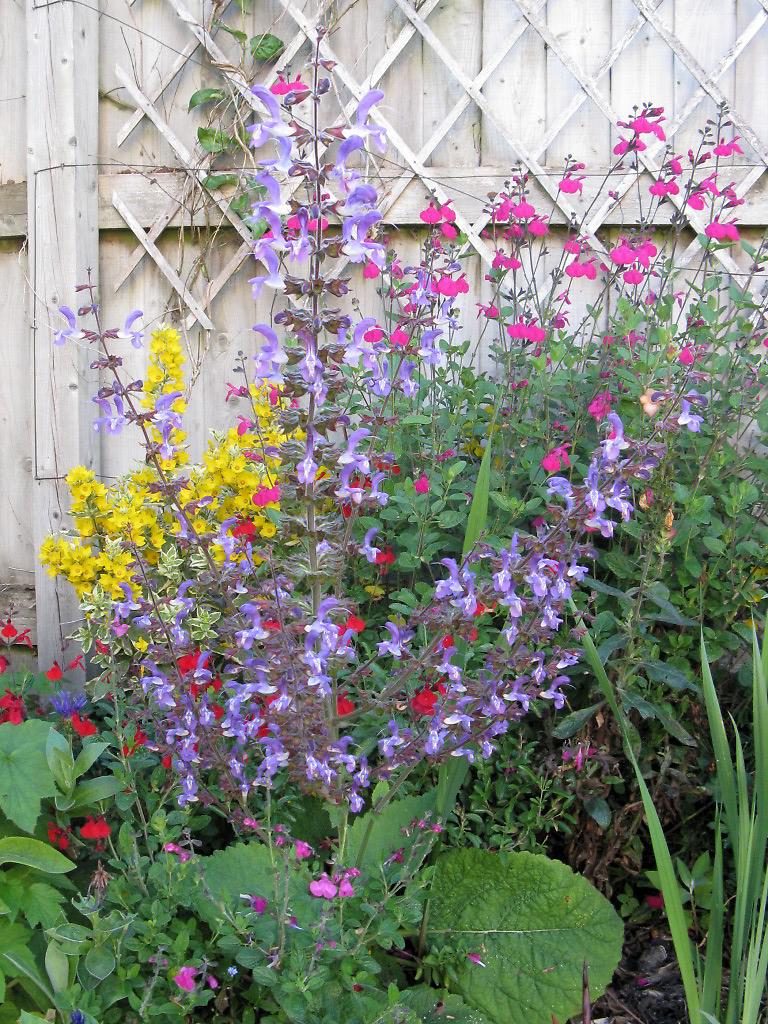 This is supposed to be Veronicastrum 'Fascination', but as you can see it is not fascinating. 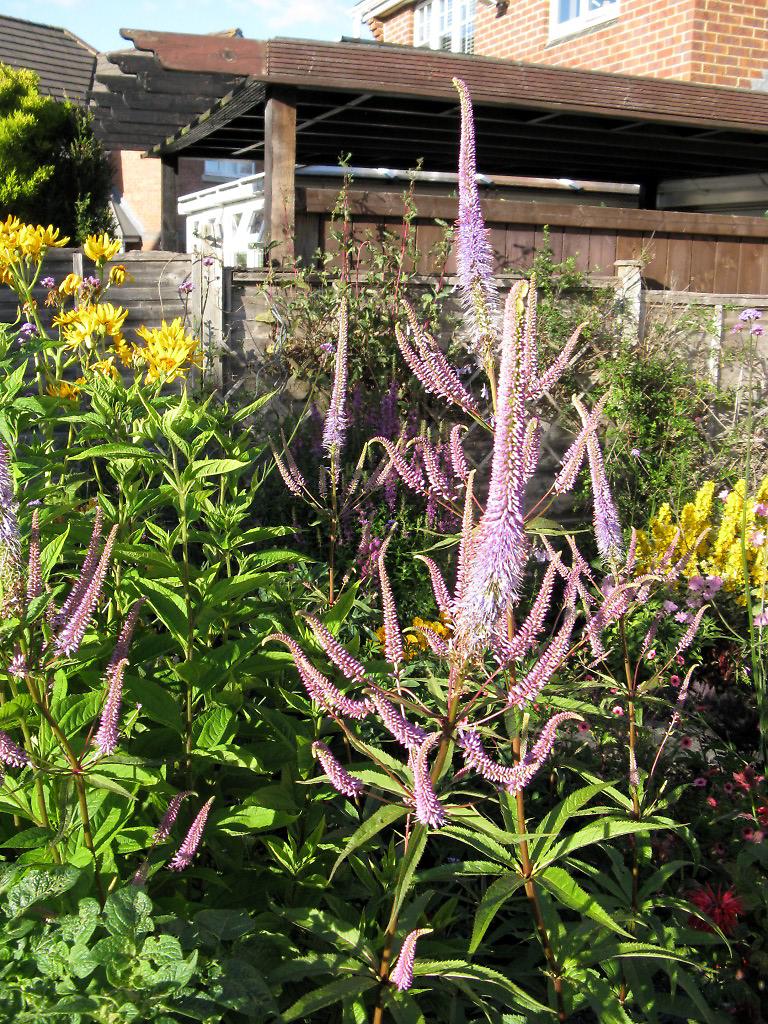 A view down the path, with the Lythrum 'Rosy gem' in the center ground. 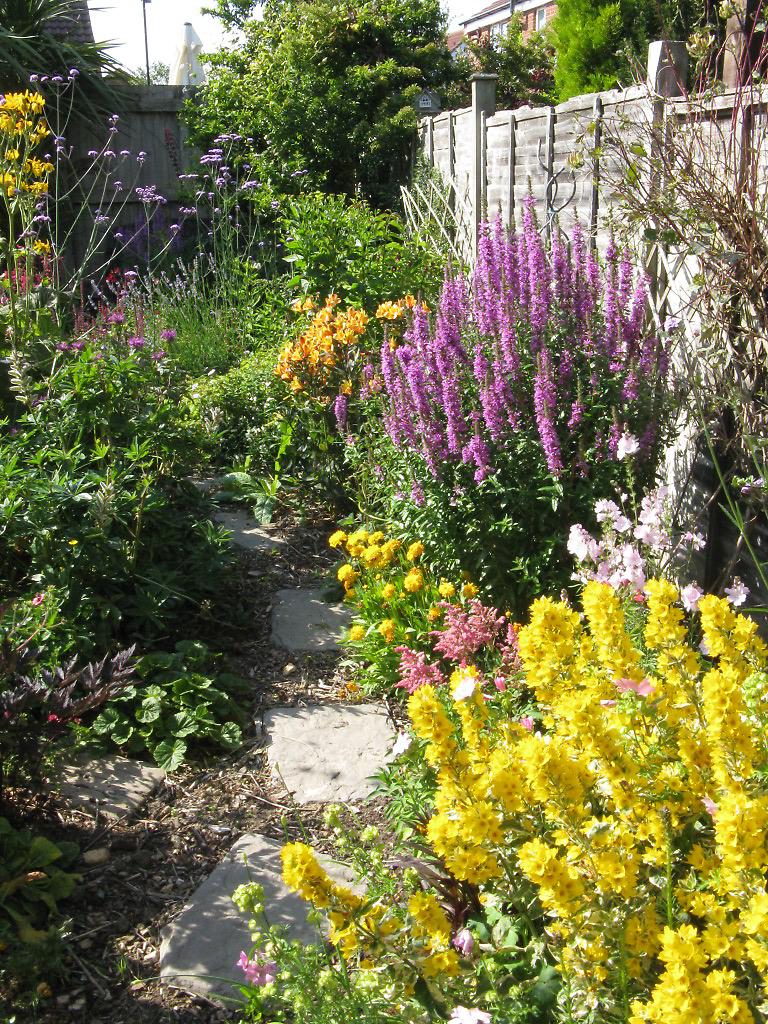