Around the Christmas before last I had an Amaryllis indoors and when it had finished flowering and after the frosts were past, I put it outside. After a while I planted it in the ground, intending to dig it up in autumn after the leaves died down.

However as soon as it was in the ground the leaves were eaten right down and so I forgot about it.

Over the winter the Aquilegia completely covered this area and when they had finished flowering I pulled them up as part of tidying the back border.

Now it is flowering! 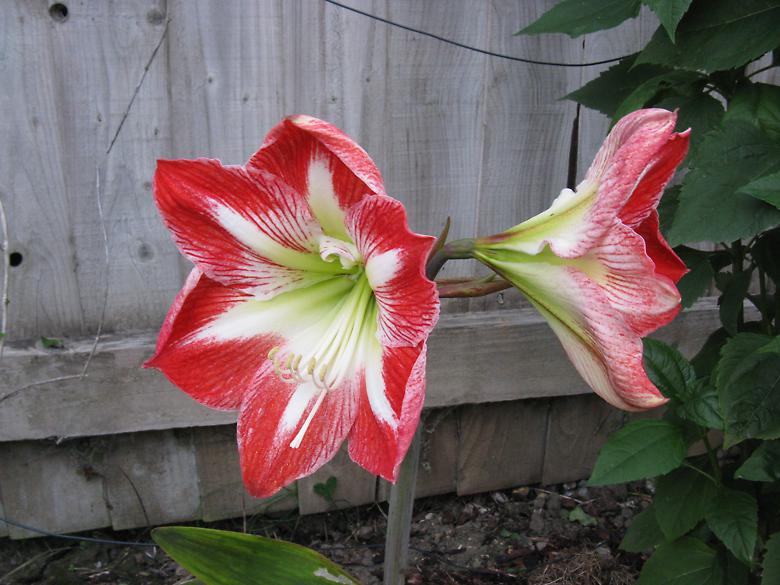