The average temperature was 4.7C with a minimum of -1.1C and maximum of 11.8C, and there were 5 frost days when the temperature dropped below zero. So overall it was warmer than November and December. It rained on 19 days, with a total of 74mm of rain, so there was much less rain than in many places that suffered floods.

Funnily enough the minimum temperature through the whole of the winter months was only -2.3C and there was a colder day in November than that. Its also likely that the temperature will drop below that in March too in which case there will be colder days in autumn and spring than in winter.

Things look more bare than I remember at this time last year, mainly I think because the new area which is highly visible from the house has no evergreen or early spring plants.

My snowdrops are not thriving and there are fewer than last year. I bought some more, but couldn't get any of the ordinary Galanthus nivalis type so I ended up with some Galanthus 'Polar bear' and some Galanthus woronowii. The G. 'Polar bear' has very large flowers which are starting to open.

Here is a selection of other things happening.

The primroses are doing well, both this patch and the ones at the side of the house. 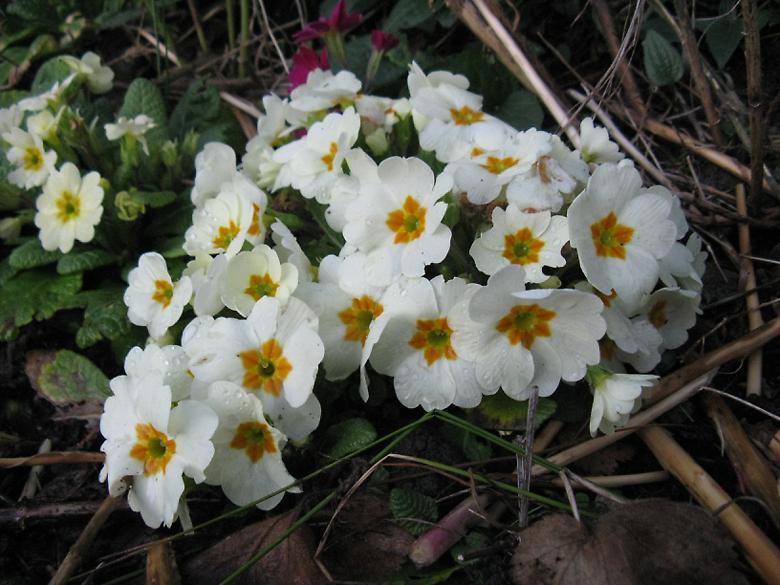 This is the first one I bought in Jan 2018. Still looks like there are more than one, once it has finished flowering I intend to dig it up and separate any new corms. 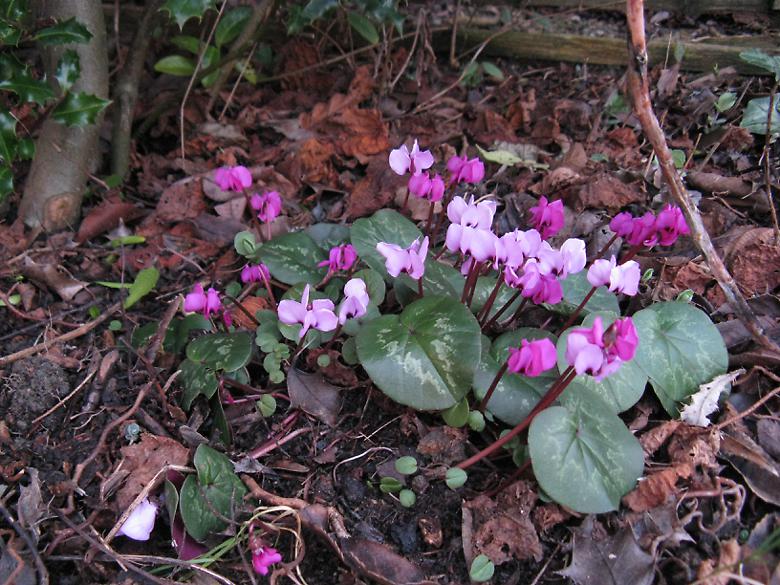 This group had about 7 flowers last year and only looks like there will be three or four this year, so not going well. 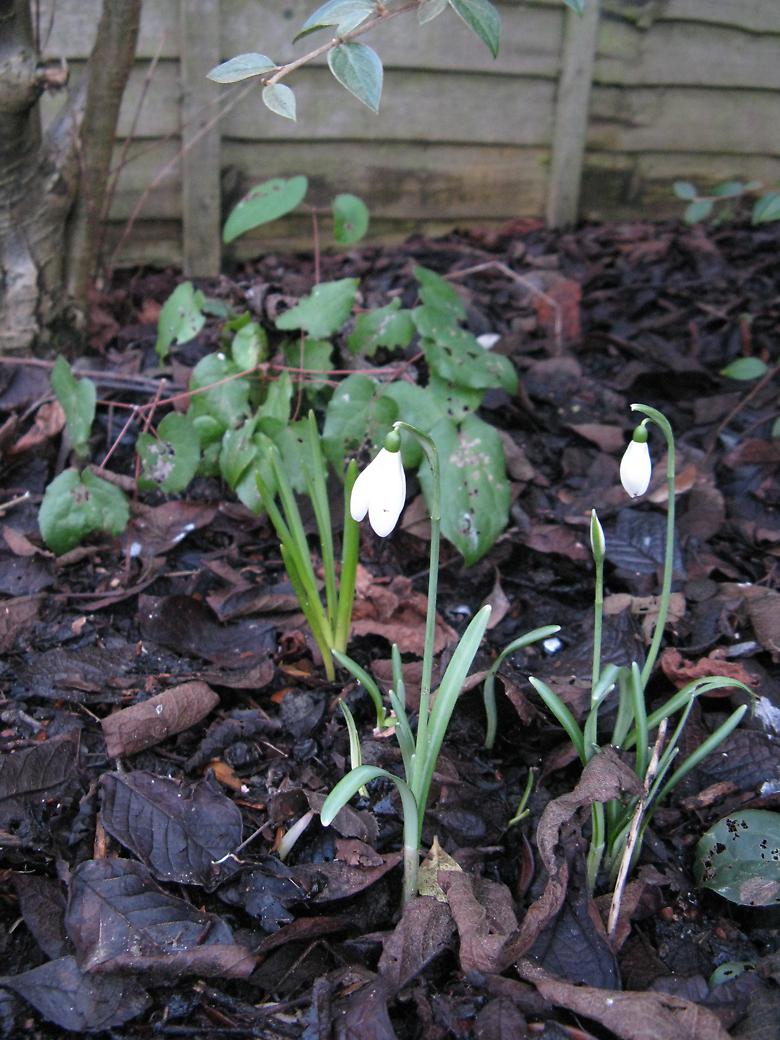 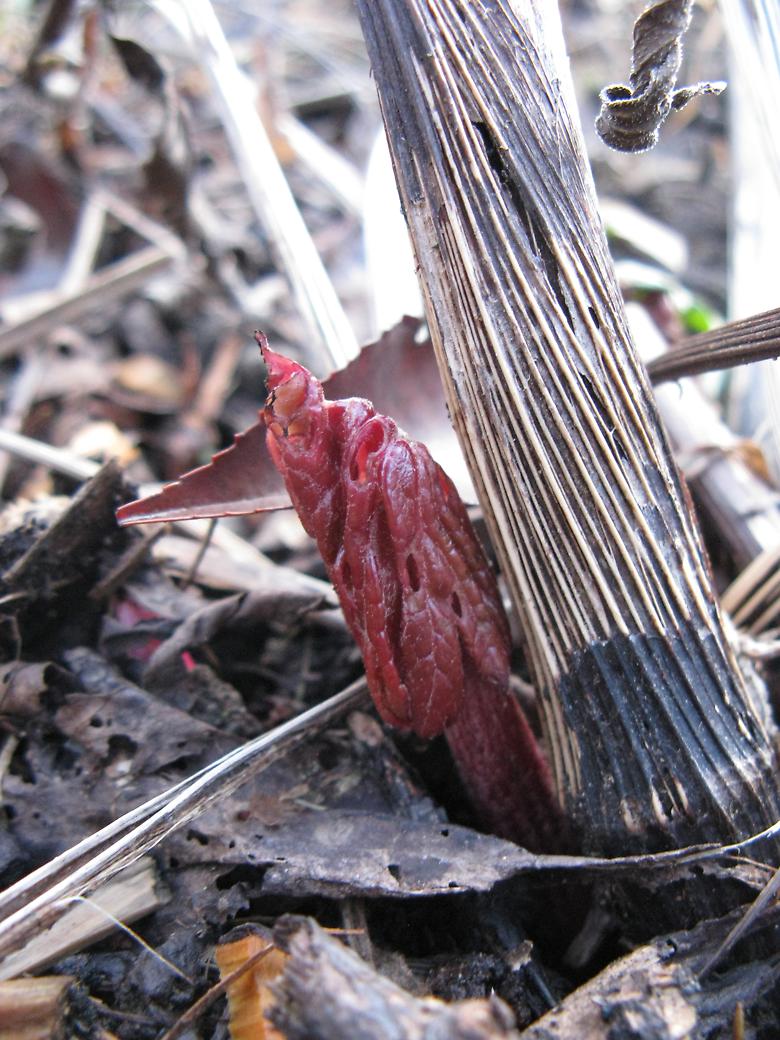 This is the original Lupin with purplish flowers. Already has plenty of leaves. The others are no where near this far on, but all have survived and have leaves. 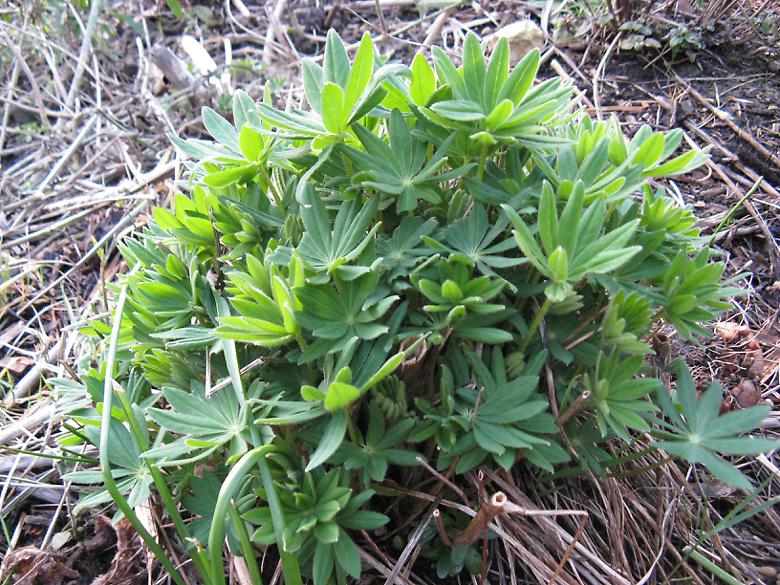 This Monarda that was new last year is surrounded by shoots which extend even further than this photo. They are not centered on the previous location.

At first I thought that they were seedlings (or at least the ones furthest away), but they do appear to be connected to the main plant. This is completely different behaviour to my other Monarda which hasn't spread much at all, never mind spreading into nearby plants. 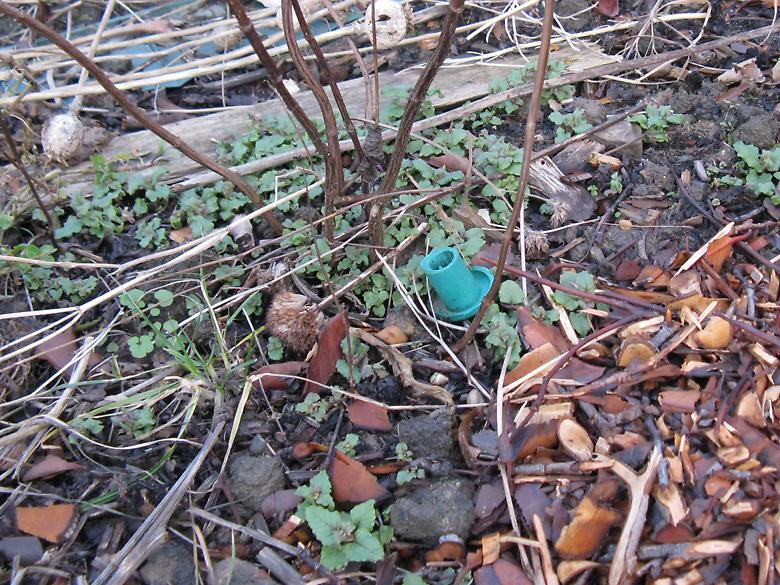 There were about 20 of these planted and I have eight flowers. Will have to see if they return next year. 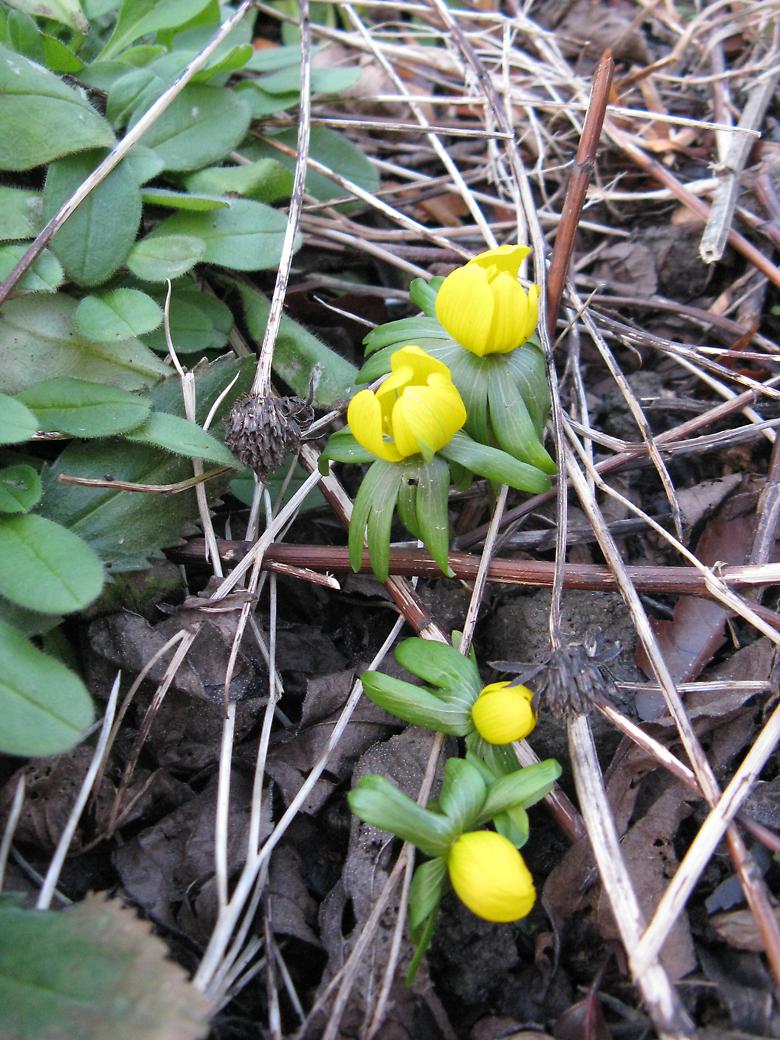