I planted many Muscari bulbs earlier in the year and many of them have sprouted, and more are still appearing.

However I know now that there were already patches of muscari already present in the garden. There was a large clump in the back border and single ones along the edges of the back and right borders. They had leaves even when I moved in and it was one of the things that I thought they could be, and now they are starting to flower.

So the ones I planted are somewhat unnecessary, however the existing ones look as if they are all going to be same shade of blue whereas the ones I bought are supposed to be several shades. We will see.

First picture is the single ones along the border. You can see the foreground flower that is just about to open, and another in the background. The leaves are very thin and look a lot like the grass in the lawn which is right next to them. So not ideally placed at the moment. 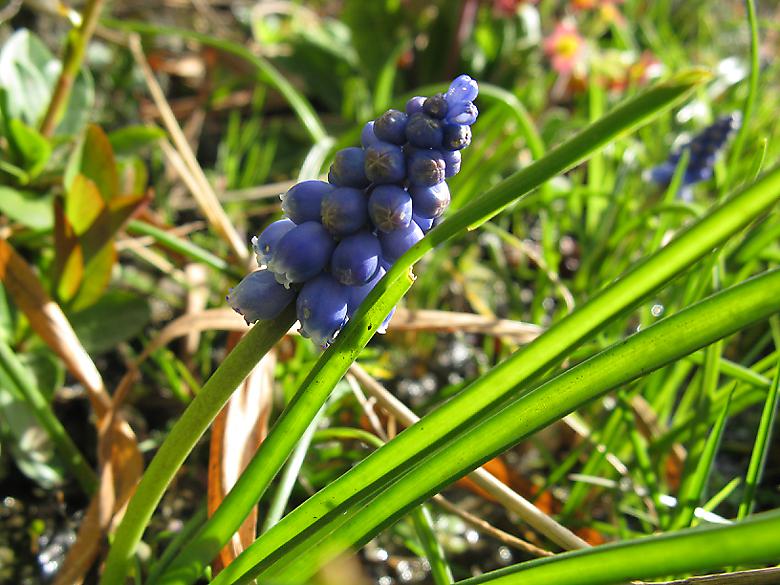 The next photo is of the clump, the flowers are a little less developed than the single plants, but leaves are more upright and I think that this might look great when the flowers are fully out. 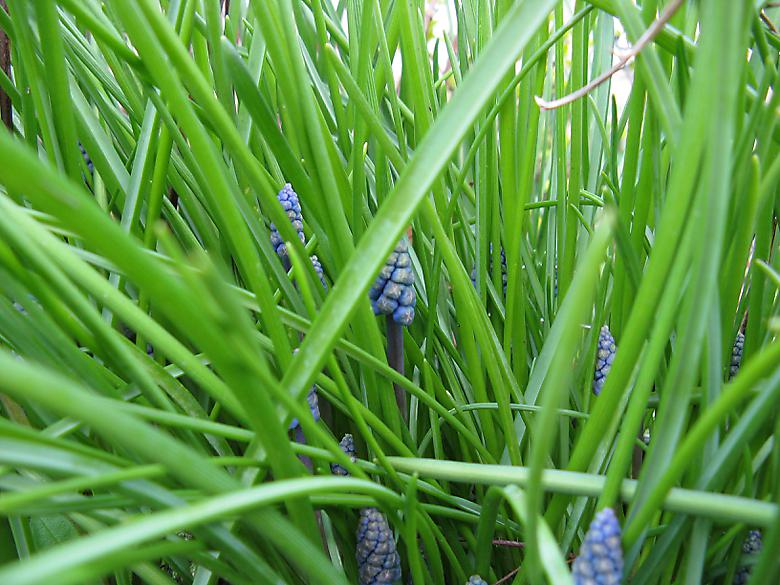 This was the first of 'my' muscari bulbs to come up. You can just see the flower bud starting to grow. 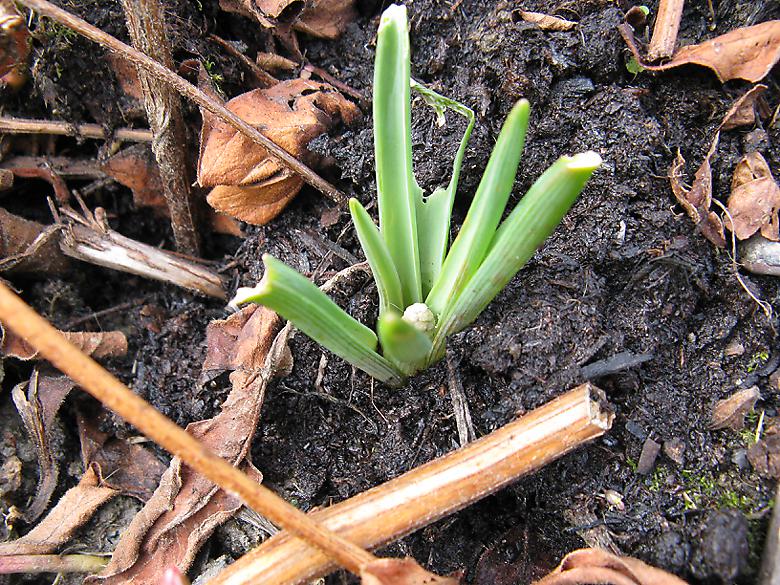