Lily of the valley bush update

This is an update to the post describing the new red leaves on a varegated bush. I speculated that it could be Pieris japonica also known as the lily of the valley bush. I was unsure as they have flowers in the spring too and I didn't see any.

I saw one when out walking, it was quite a large shrub, much larger than mine and it had lots of flowers.

I took another look at mine, and there are indeed flowers which I had missed as they are low down and somewhat hidden. Oh look just noticed that there are some ant crawling over the flowers! 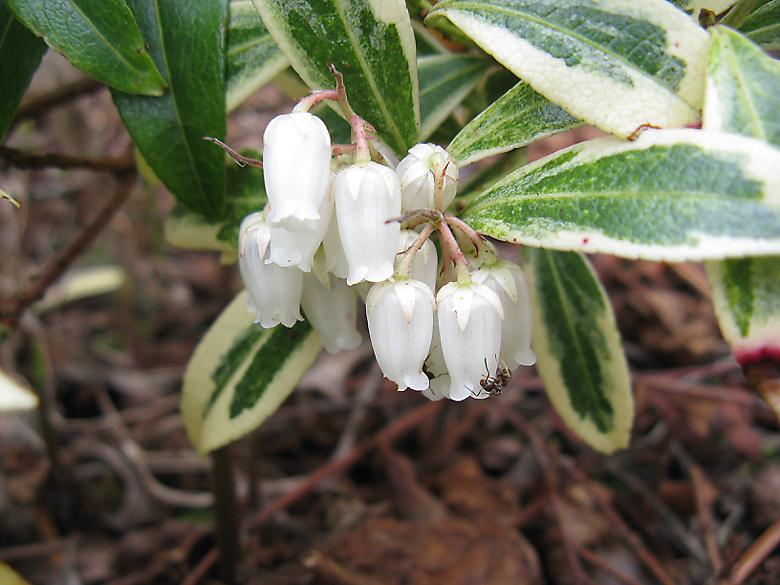 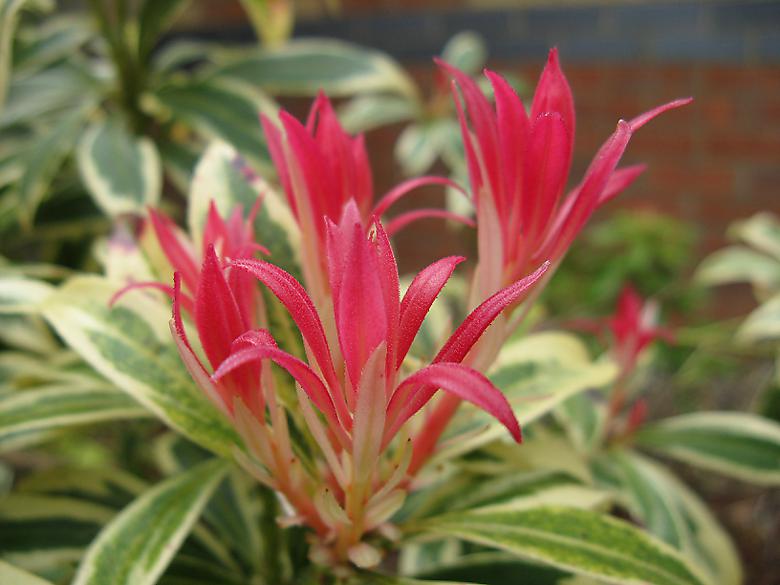