Sunday in the garden

Last week I got six bags of compost. I have started putting it on top of the soil starting alongside the house. The soil there is very grey almost like cement and what a difference it makes putting the compost down. It is just a thin layer and I just throw it down a roughly smooth it where needed. I'm hoping that as well as making it look better it will gradually improve the soil. At the moment the clay is very dry and hard on the surface.

I transplanted my rosemary into a container. This is a plant I bought the summer before last. Over the previous winter it got very damp and was suffering. When I moved it to a bigger pot last summer it had very few roots. Now is a completely different story, the roots were wrapped around the pot very tightly and although I tried to separate them it was quite difficult. 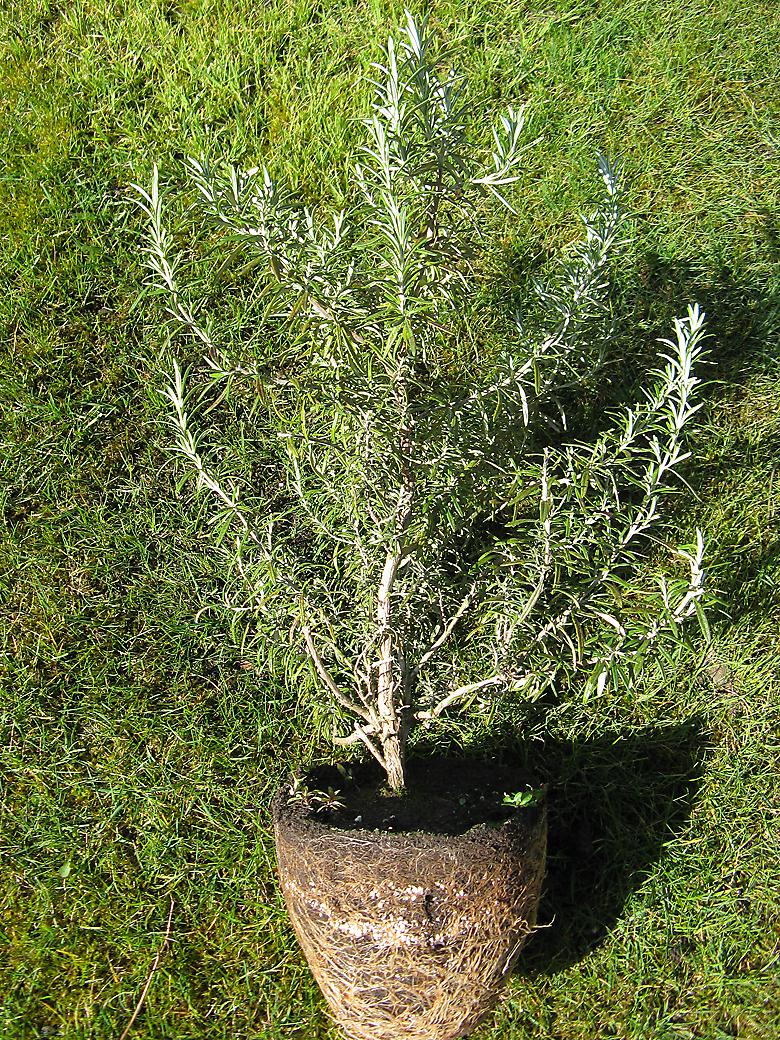 It is now in a much bigger container which should let it grow to the size needed to provide plenty of leaves for harvesting.

A quick look at how everything is getting on. The end of month round up articles are supposed to do that. 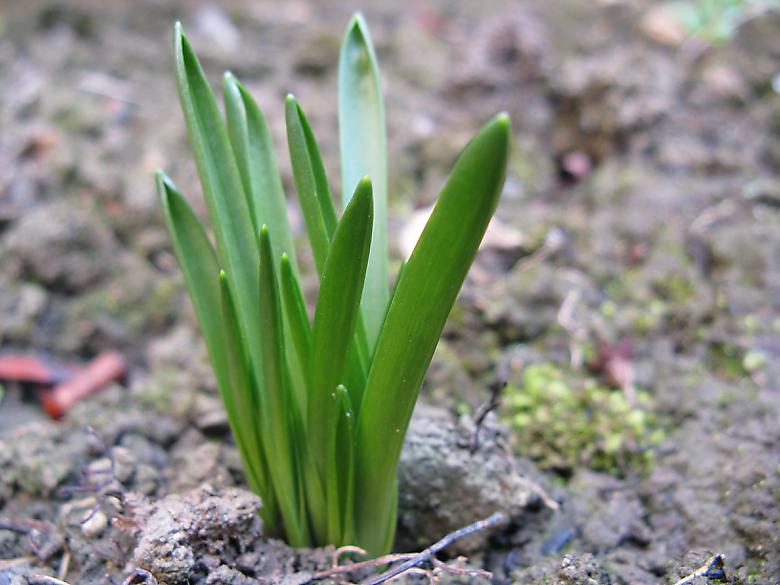 This is what I believe is yellow loosestrife, there now appears to be two forms a regular green one and a variegated one. 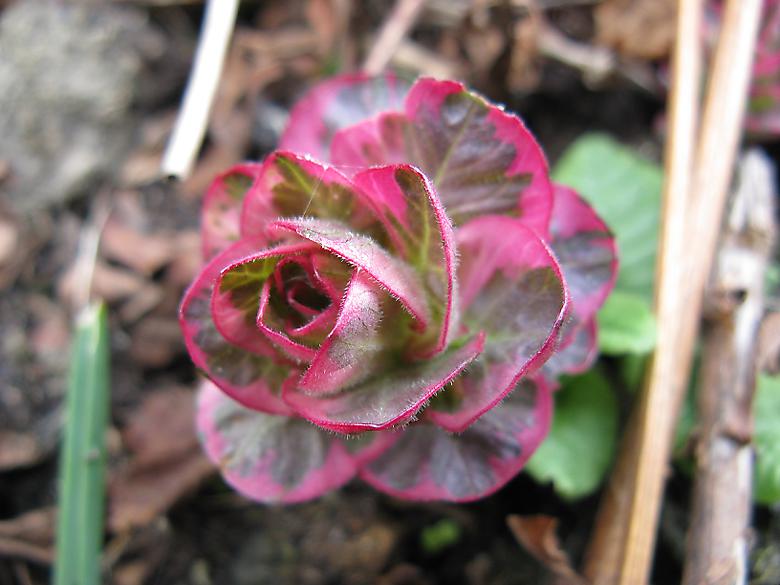 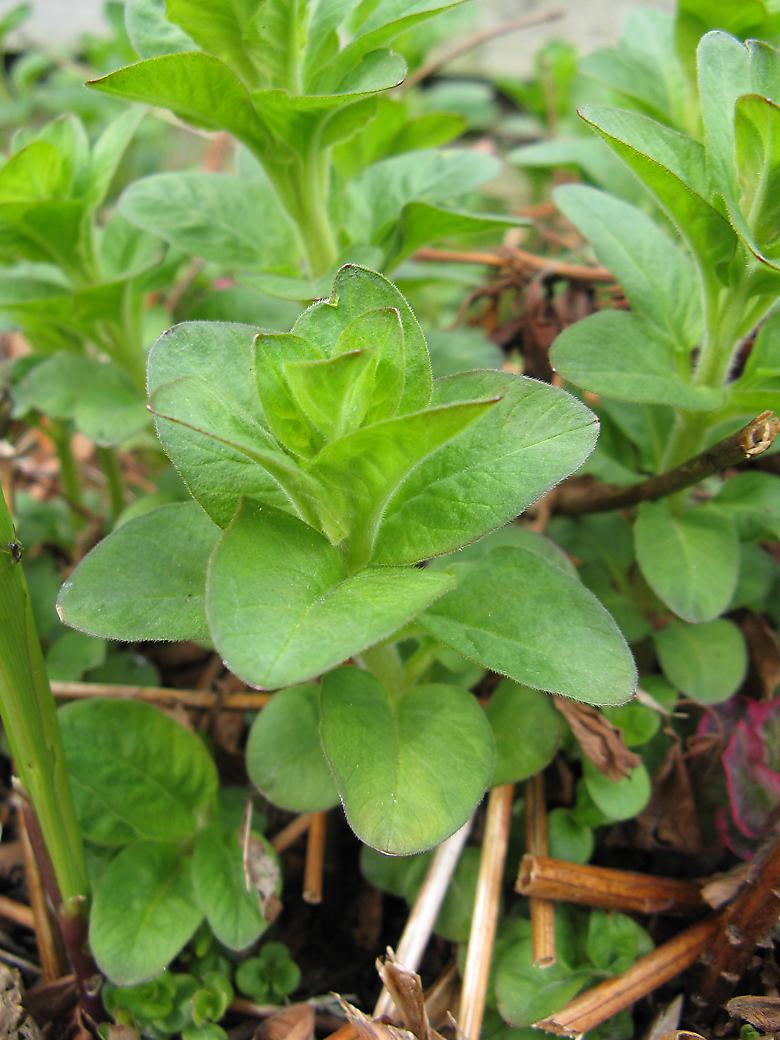 This is the largest plant and it looks like it will be flowering soon. There are many very small ones all over and I am assuming that they are all growing from seeds whereas this one and a couple of other may be established plants. 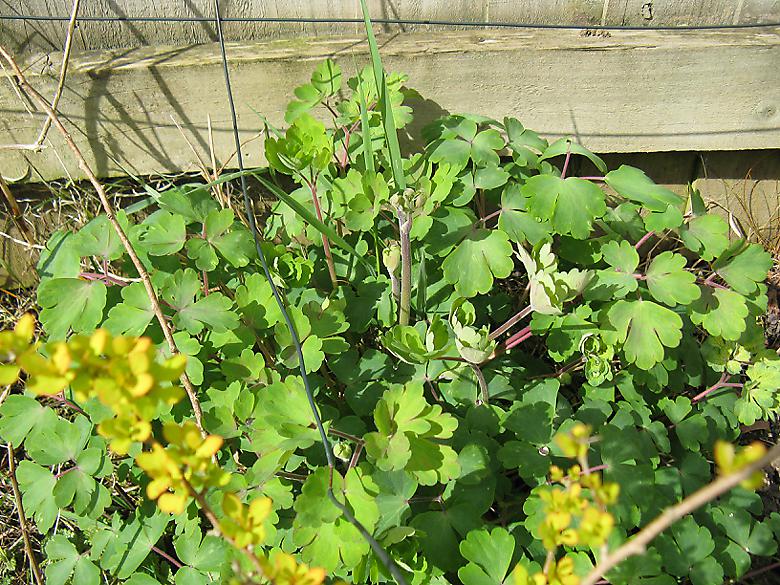 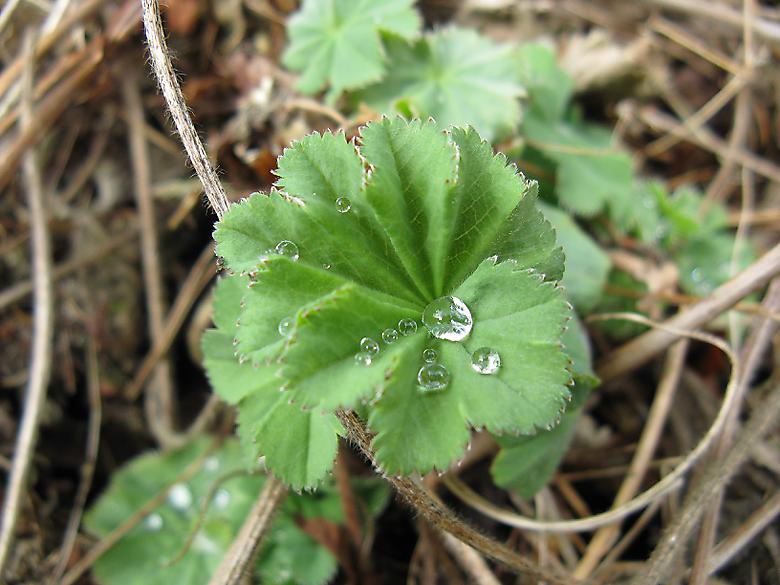 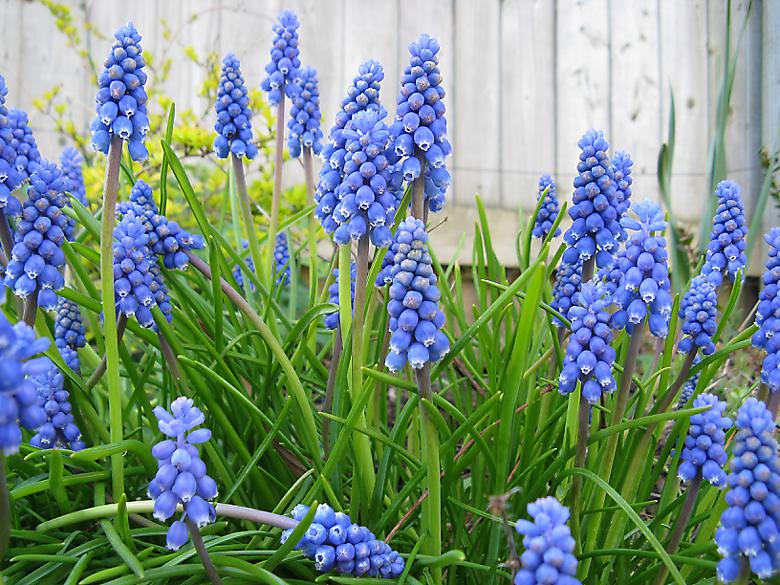 This is now starting to put out new branches. 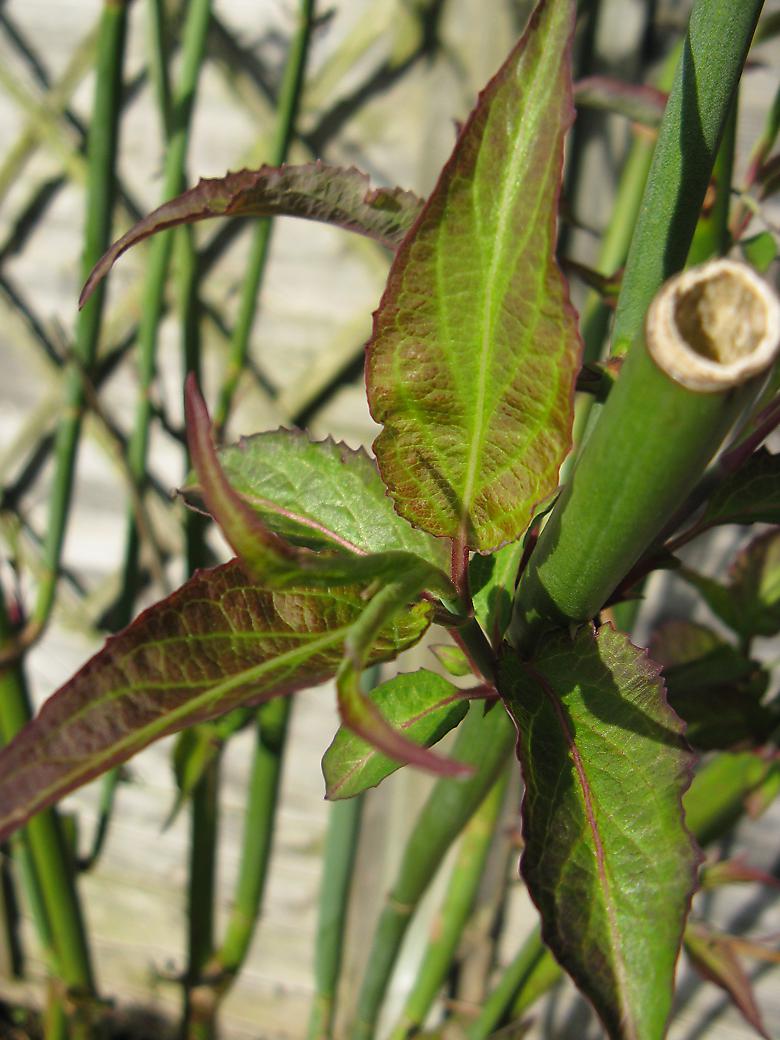 The sedum is coming along nicely 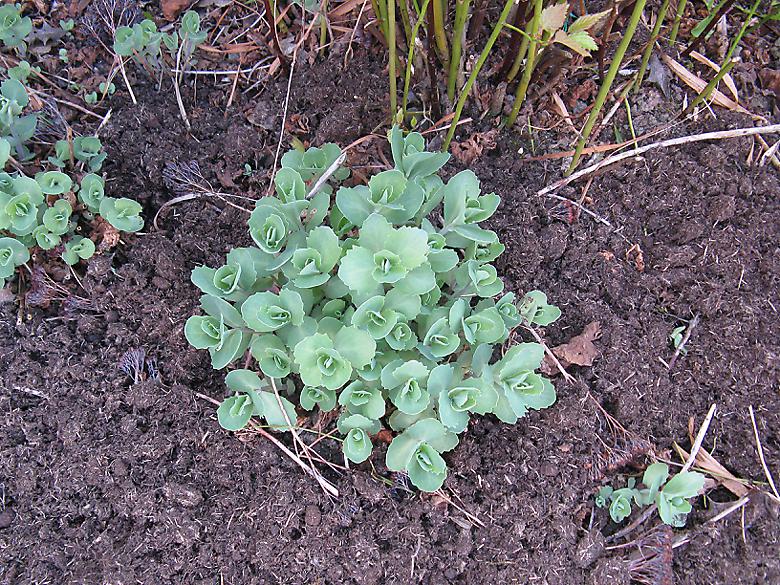 I don't know what this is, a few of them have appeared. 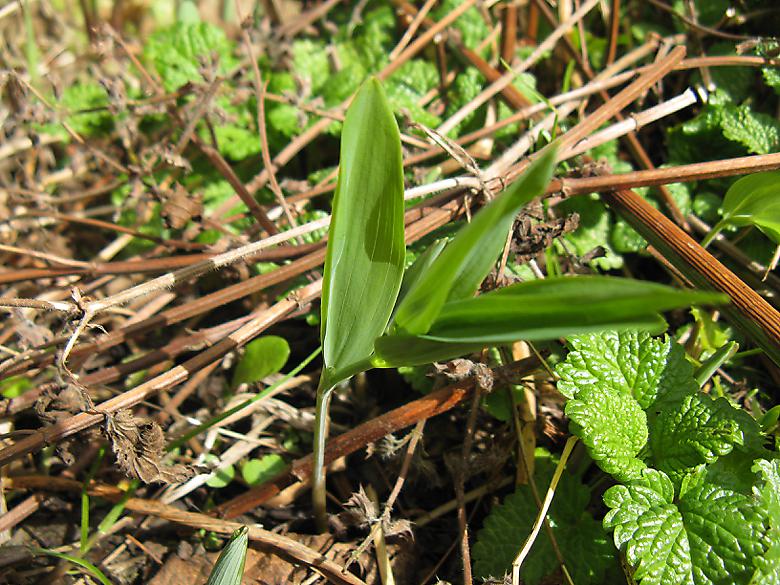 This is growing very fast, I'm beginning to think that it is probably lovage. 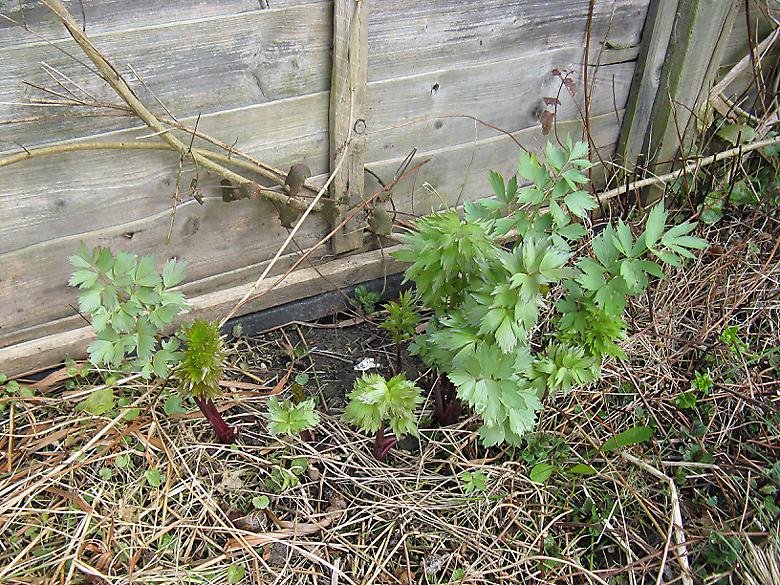 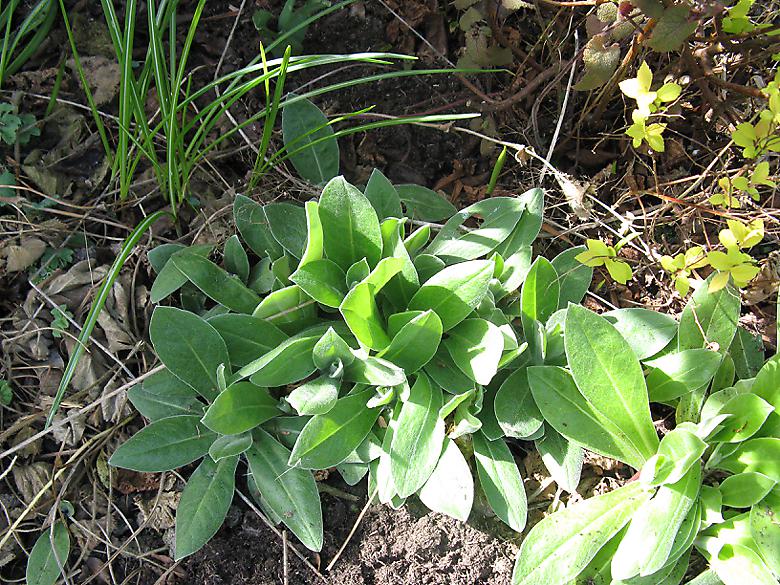