It is split into three parts. This is the back border of the garden. It will get penty of sun later in the year although not so much at this time.

I am thinking that this may be a Lady's Mantel (Alchemilla). There are a few of these plants with their dead leaves. 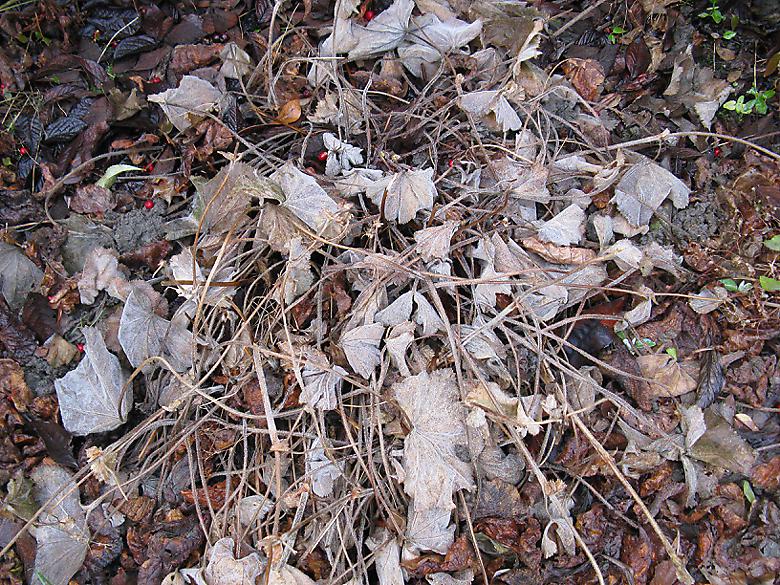 An evergreen creeping plant. It looks like it is going to be a lot of trouble to keep it under control.

There is another patch of the plant that I am guessing is a Yellow Loosestrife. 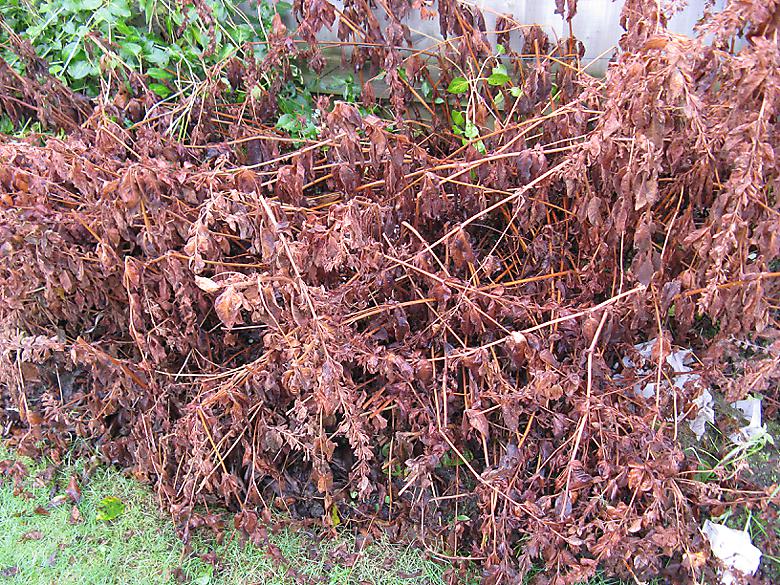 I am guessing that this is a catmint of some kind. 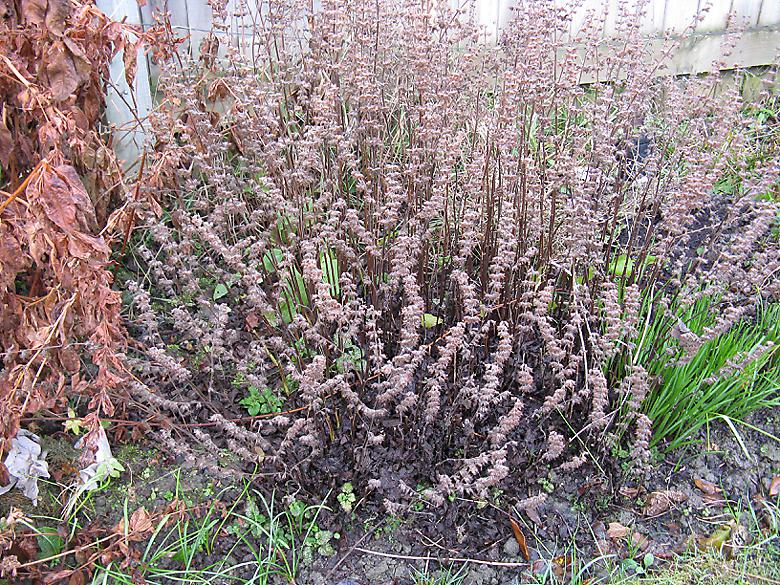 At first I thought that this was a foxglove, but now I'm … 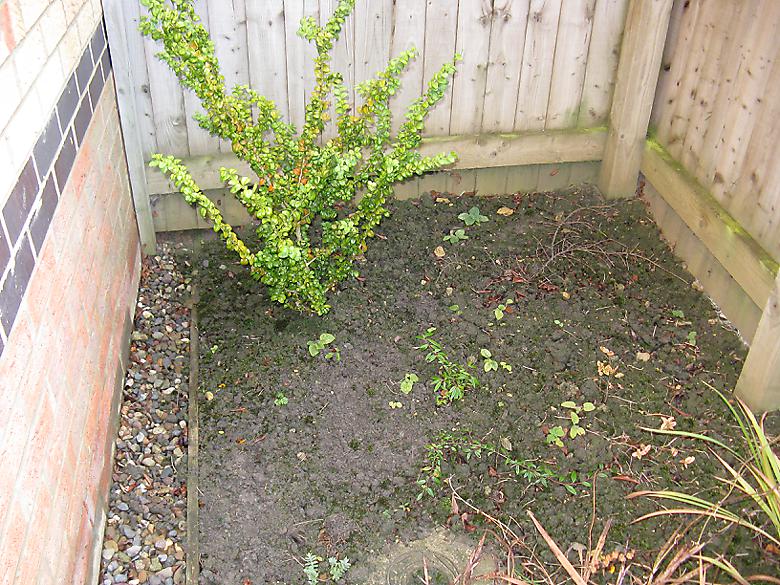 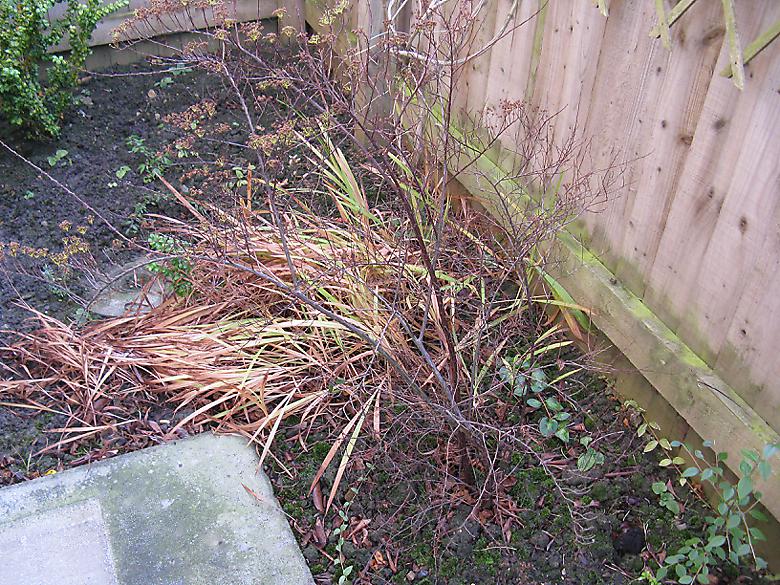 There is a climbing plant along a trellis. It is completely dormant, in fact …

It's the day after the shortest day of the year. I now have my first garden although I am not actually moving in until after Christmas.

Even though it is sunny the whole garden is in shadow, the houses are arranged so that they could be blocking the light in many different directions. The garden faces north west, so I am expecting that there will be sun in the afternoon and evening later in the year.

I have a bag of bluebell bulbs that I bought a couple of months ago, so I plant them now as the bulbs don't last that long apparently. The ground is very wet and heavy, one hole I dig fills with water and it is not very deep.

I'm a little bit disappointed, although I console myself this is going to be the very worst time and clearly things do grow here.

At one time I would upgrade very soon after a new release came out. These days there is rarely any must-have new features, so I have been leaving upgrades later and later. This time, so much so that I have completely skipped F14 and gone straight to F15.

A number of things have changed and the following notes may be useful.

I installed the 64 bit version of fedora on this machine. Everything went without any problems during the install.

In general everything just works as you would expect and as previously. This biggest change probably gnome-shell and I will probably write something separate on that, but there is no problems with the video driver, it works very smoothly on this machine, unlike on my desktop machine where it was just about unusable out of the box. Suspend