You can compare with the previous year.

Last year I realised that there was not too much easily visible from the window during the early part of the year - the spring plants were mostly around the edges and towards the back leaving the closest part of the garden looking very bare.

I've improved this a little for this year by planting some Winter Aconites and Snowdrops and moving a primrose. The new snowdrops were not very successful so far and it seems that the G. woronowii are the more successful kind in my conditions.

Cyclamen coum
There are a few patches of Cyclamen now and they appear to be spreading well. They are very cheerful at this time of year. 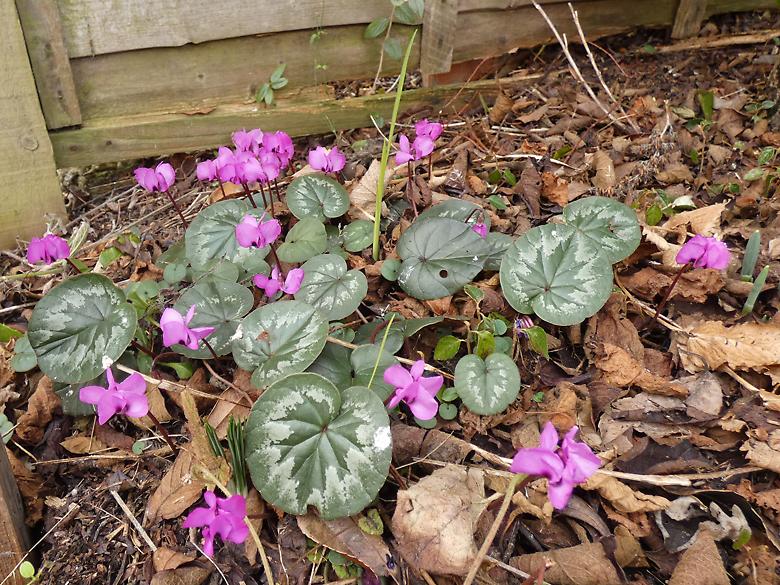 Primula
The yellow ones are doing well and multiplying, the others less so. 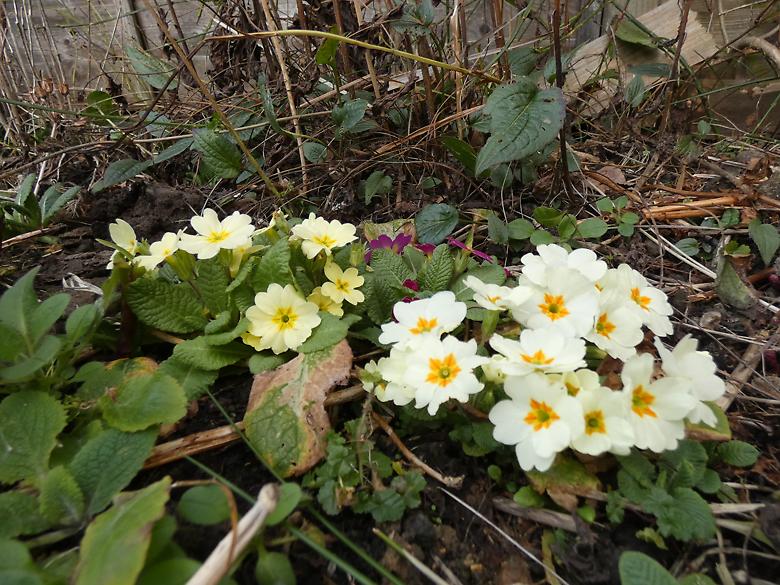 Seeded Primula
This is a new primula that has appeared this year. Paler in colour than any of the other red ones. 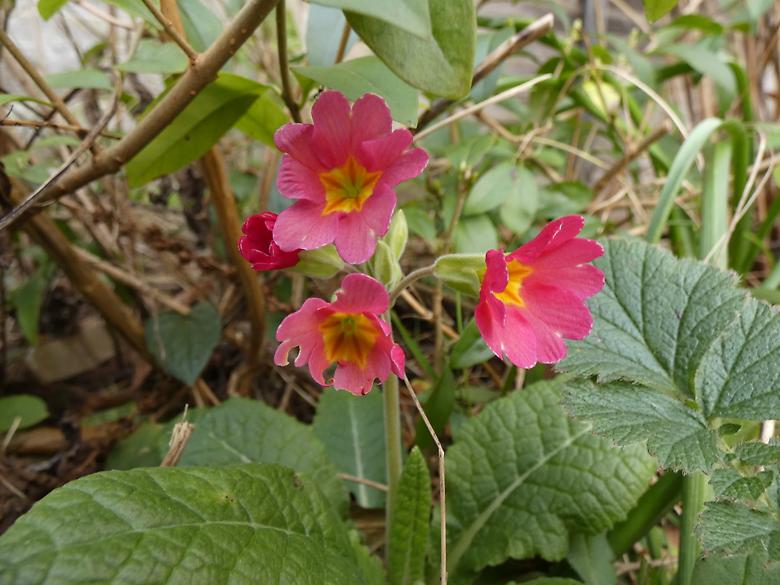 Snowdrops
Well I've finally got a reasonable patch of snowdrops. Shame it is the wide leaved variety G. woronowii rather than common G. nivalis that I would prefer. 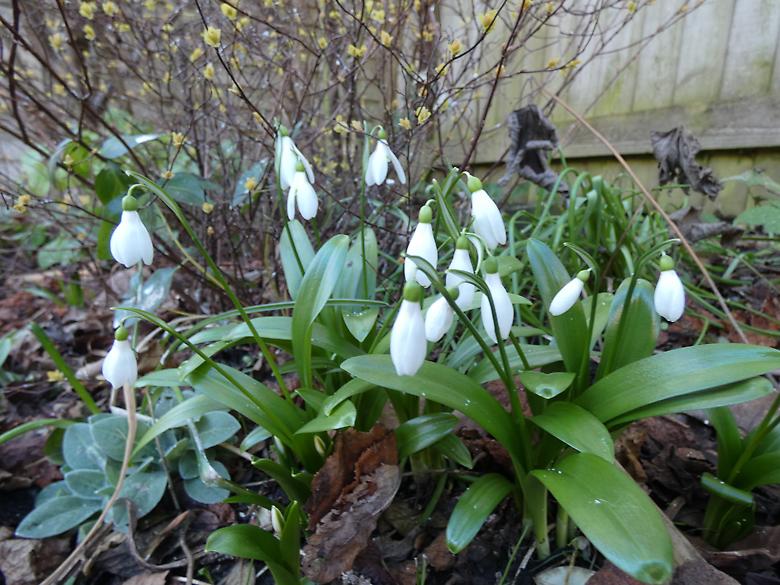