I had a go at growing a few Maris Piper potatoes this year. 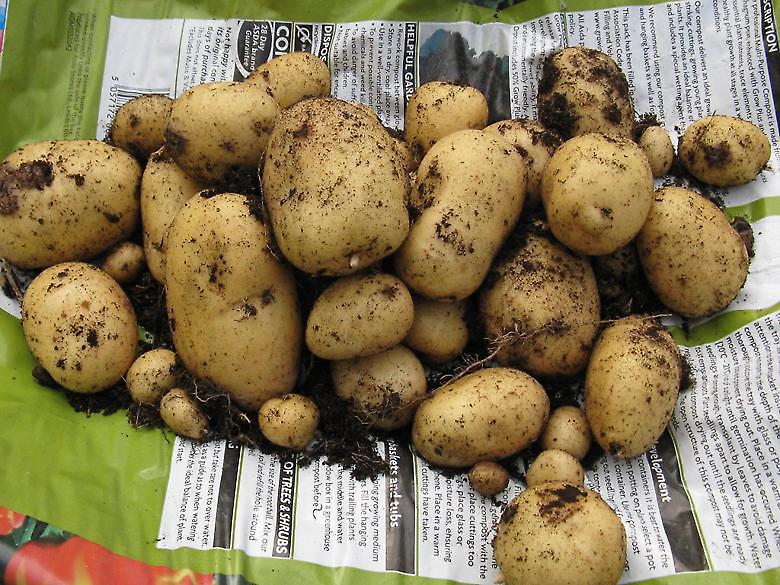 They were just grown in old compost bags. I followed the widespread online advice about rolling down the bag and filling about a third with compost and planting in that. As the shoots grew I added more compost and rolled the bag back up until it was full. The idea being that this would cause the potatoes to form higher up the underground stem and a higher yield.

This seemed to be a complete waste of time. All the potatoes were at the bottom and I saw no potatoes growing higher up the stem.

I've now found a couple of articles on this subject. The first (Sue's ... potato trials) was very interesting as it suggested planting potatoes in different layers and this produced a higher yield in this simple trial. That makes sense to me and I would definitely try that if I decide to grow them again.

The other article from Mark's Veg Plot and the comments is also sceptical of the whole idea of earthing up increasing yield even for potatoes planted in the ground.

The picture below is the crop from one of the bags with 3 seed potatoes. The crop was about 3kg. This was the best looking crop, the potatoes in the other bags were badly blemished.

Chips and roasts made from these potatoes were not very good, they did not brown well and were not tasty.