Some pictures from throughout the month. 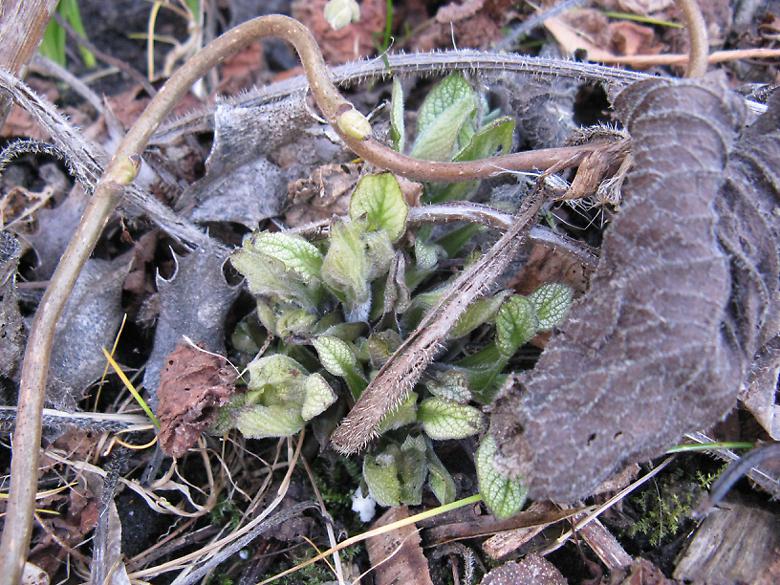 Anemone blanda
I planted many of these in the main area of the garden but only a few in two patches have grown. The ones in the front garden grew fine, its just this part of the garden that I have trouble with early flowering plants. Well at least this is better than last year when exactly zero came up. 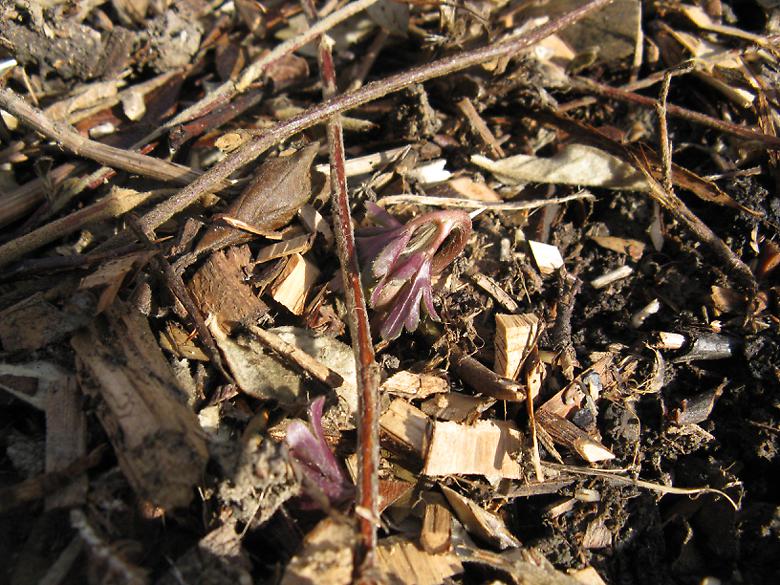 Ligularia przewalskii
I had two of these, but only this one has returned this year for some reason. Its a shame as the other one was of a decent size and I was expecting a good show from it this year. 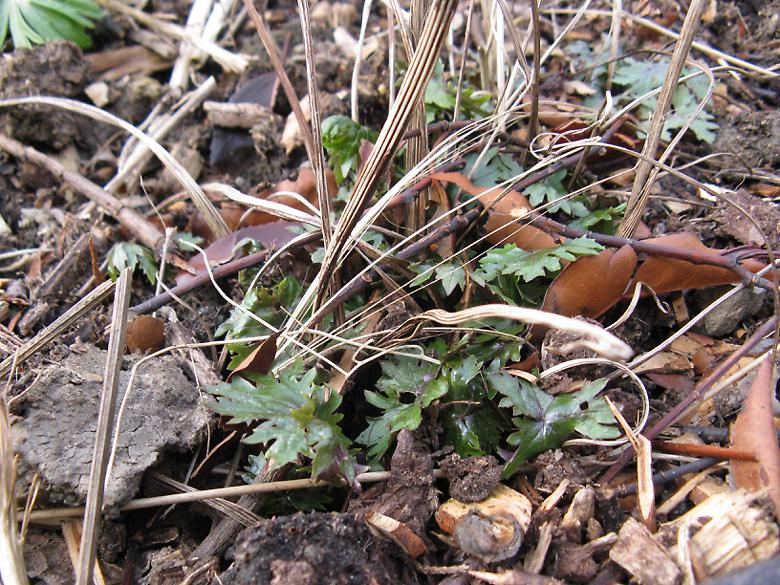 Winter aconite
This actually survived from last year. Unfortunately not long after this was taken, the birds pecked it to pieces when searching for food. So I'd be surprised to see it next year. 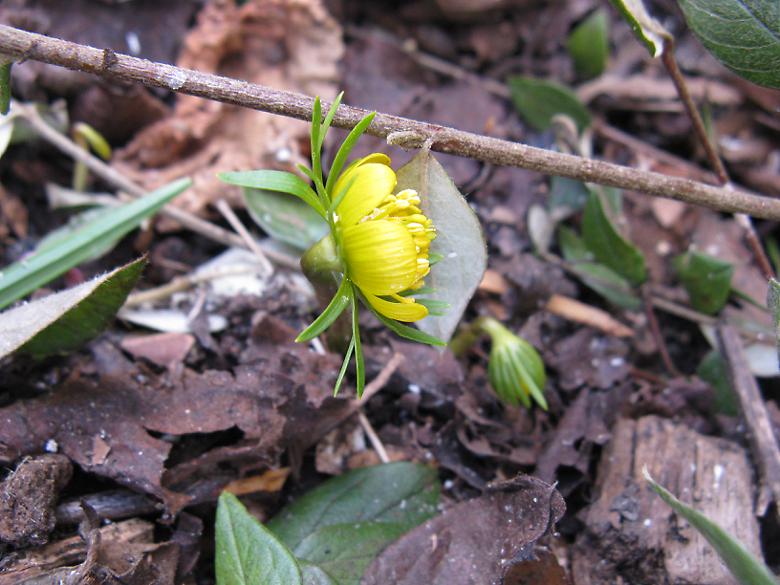 Unexpected crocus
Well I suppose that these are spring bulbs that have successfully grown in the main part of the garden. The only problem is that I didn't plant any here. At least not intentionally, sometime there are bulbs dug up by the birds and I plant them near to where they are found and that may be what happened here, but I don't remember that happening just here. 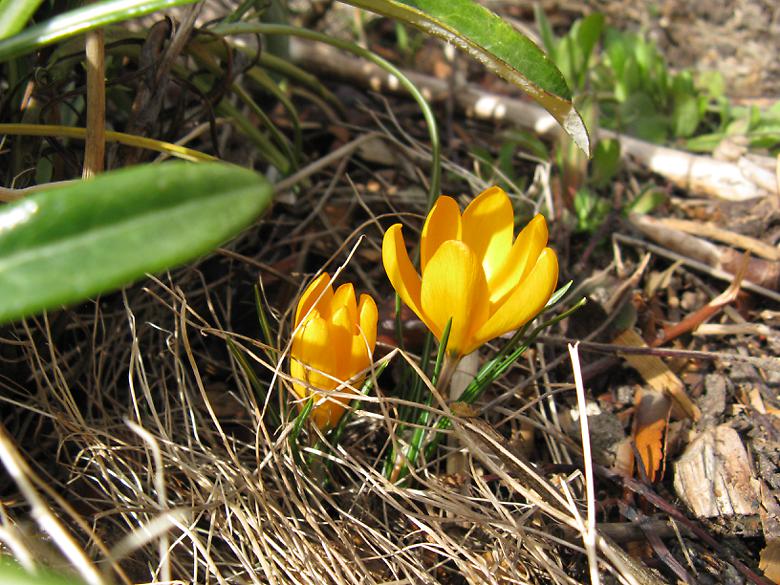 Pieris japonica
This is the only bunch of flowers this year. One more than last year, so there is that. 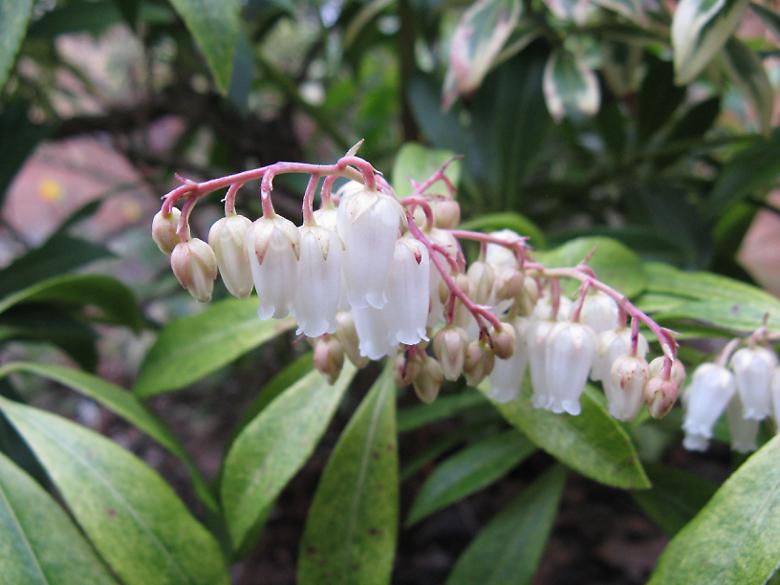 Monarda 'Cambridge scarlet'
I thought that there were lots of seedlings all over this area since they are not clustered around the plant which is towards the bottom right of this picture. A little digging has shown that that group of shoots on the left is connected by underground stems to the main plant. This is unexpected to me, since my other Monarda (pn/M. 'Prairie night') does not do this and hasn't expanded much at all, even though it is a year older. 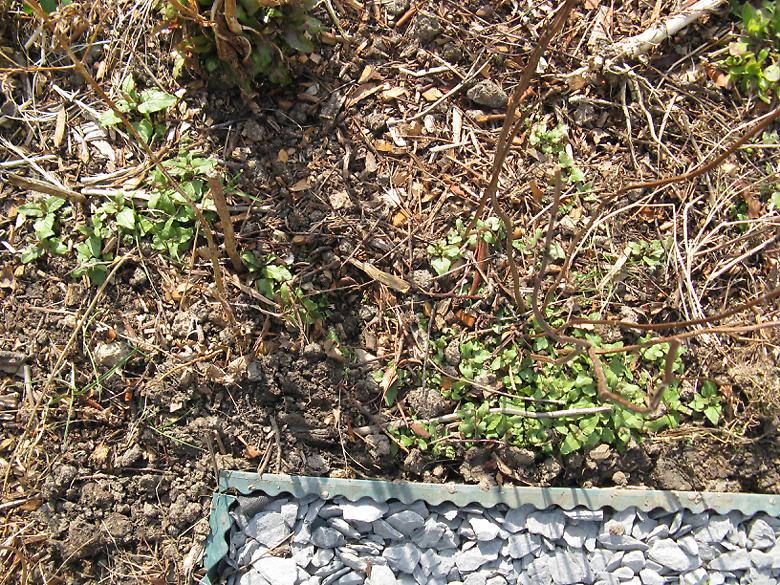