End of April round up

The average temperature was 8.8C with a minimum of -2.9C and maximum of 19.6C, so the minimum was again lower than all of the winter months. There were 3 frost days when the air temperature dropped below zero.

It rained on 4 days, but with a total of just 5mm of rain, so a very dry month indeed. The only real rain was on the last two days of the month, it is possible that the other two recorded days were just dew/frost melting.

It was definitely the month for tulips there are many posts earlier in the month on the individual tulips so I won't repeat them here.

I planted Tulipa 'Ballerina' which appeared to be quite yellow on the packet but I see in internet photos is more orange. I think these are them, they could also be from the free mixed selection that came with my order. 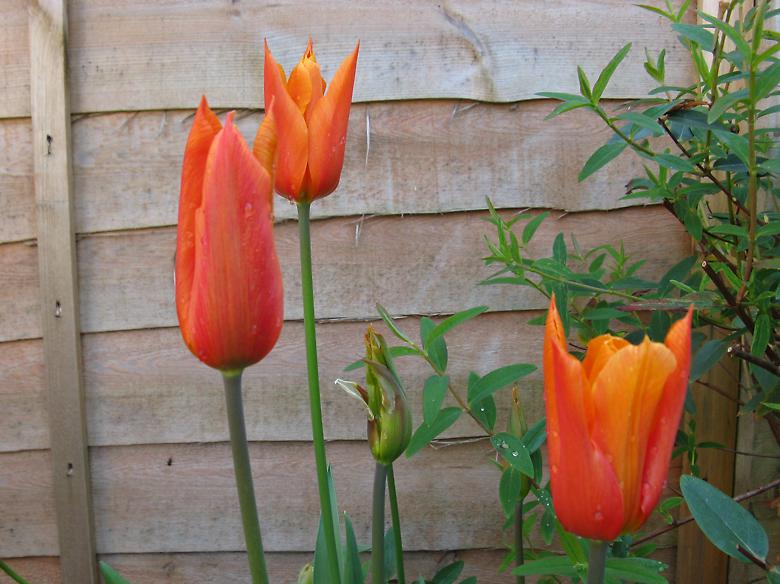 OK, one more tulip picture. This includes 'Cape cod', 'Orange brilliant', 'Ballerina' (its unfortunate that I managed to plant two orange tulips right next to each other) a red one presumably from the 'Mixed' selection and the 'Peppermint stick'. 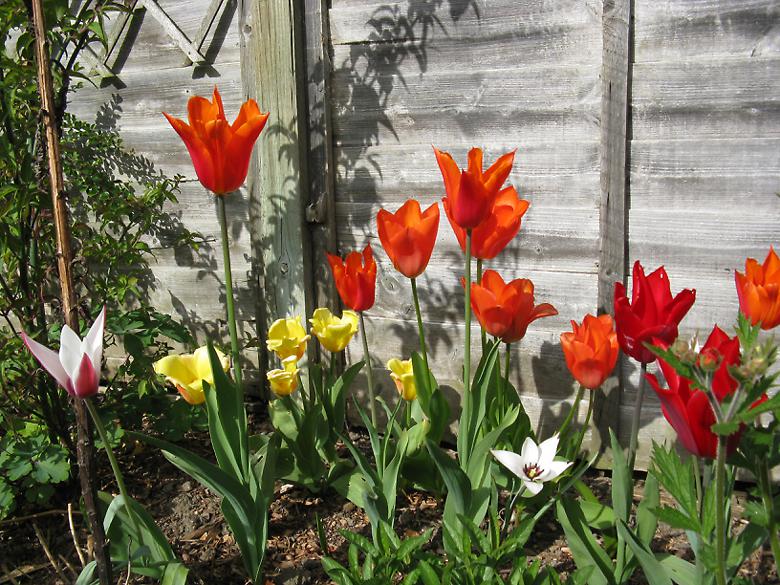 These orange cowslips are really bright and cheerful. 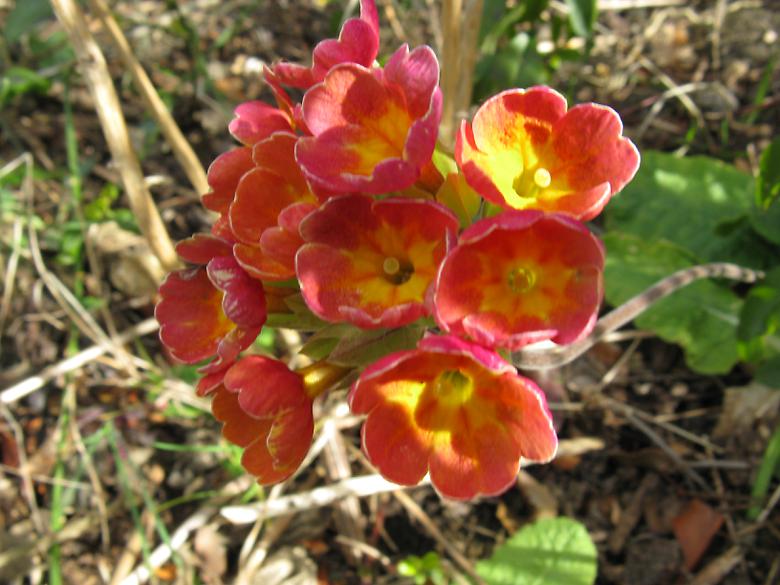 The Chionodoxa have at least returned for a couple of years now, I'm sure if they are increasing in number but there are a couple of worthwhile clumps. This picture was taken after their best. 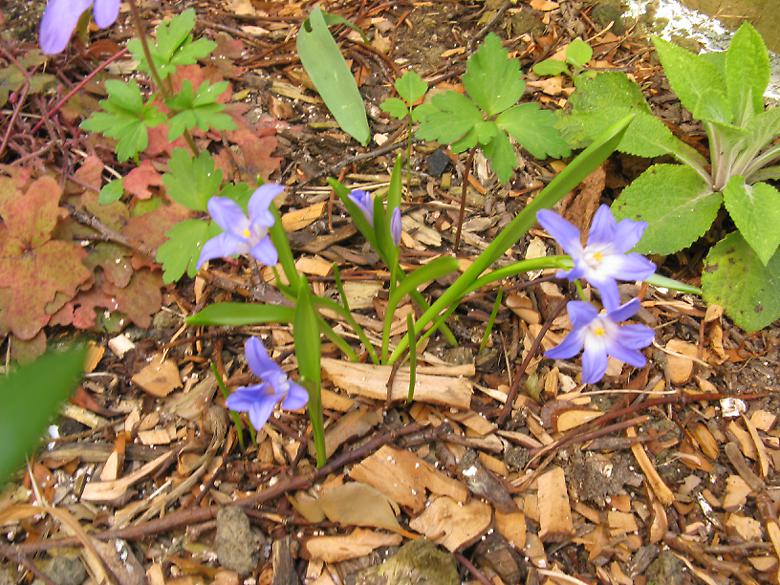 These are the only flowers on this shrub this year. One more than last year it has to be said. The fresh red leaves are usually one of the most striking things in the garden during spring but this year they were mostly killed by a frost. They went limp and I hoped they would recover but then they just went brown. 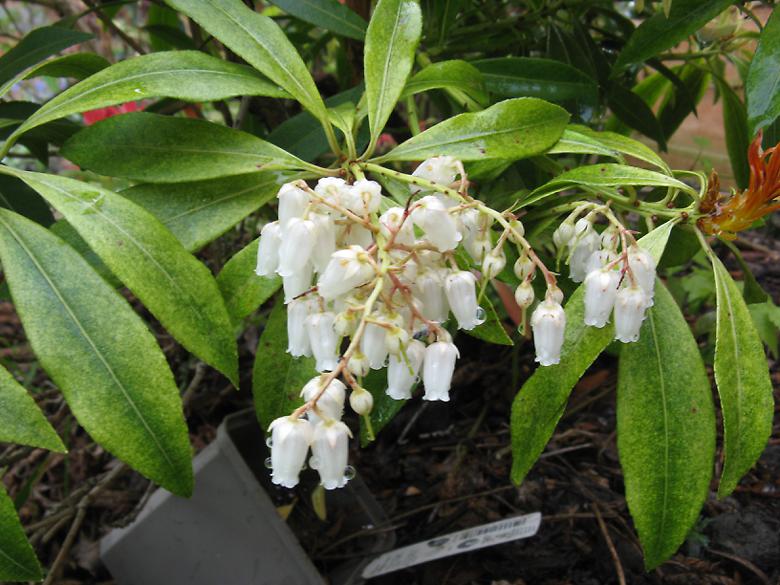 Lost over the winter

I think it is now possible to say what hasn't survived the winter.

Somethings to change next year

I usually just leave the forget-me-nots to seed and grow where they will, but I think that there are two many this year and I've already started removing a few where they are spoiling the view of other things. In particular the Muscari

Next year I really must remember to plant the smaller tulips in groups rather than dotting them around all over the place.

There were only two Ipheion flowers, both at the back between two steps of the path. The Tulipa schrenkii did not come back, admittedly they were in a spot that gets little sun. Only two of the Tulipa kolpakowskiana flowered again.

Of the large number of Anemone blanda that I planted in the main part of the garden only a few came up.