Yesterday's storm was probably the strongest winds I have seen here, at least while the leaves were on the plants.

Nothing is staked so how did everything fare?

A couple of things in containers were broken off: a Zinnia and part of the petunia. The only thing in the ground that was broken was a Polemonium. This was a plant that I grew from a piece that was itself blown down in high winds earlier in the year. I guess it is just not meant to be. The original plant is now protected by a few annual plants so it still survives.

Otherwise the damage is to leaves and flower buds which are curled and dried out.

Here is the Helianthus 'Lemon queen'. 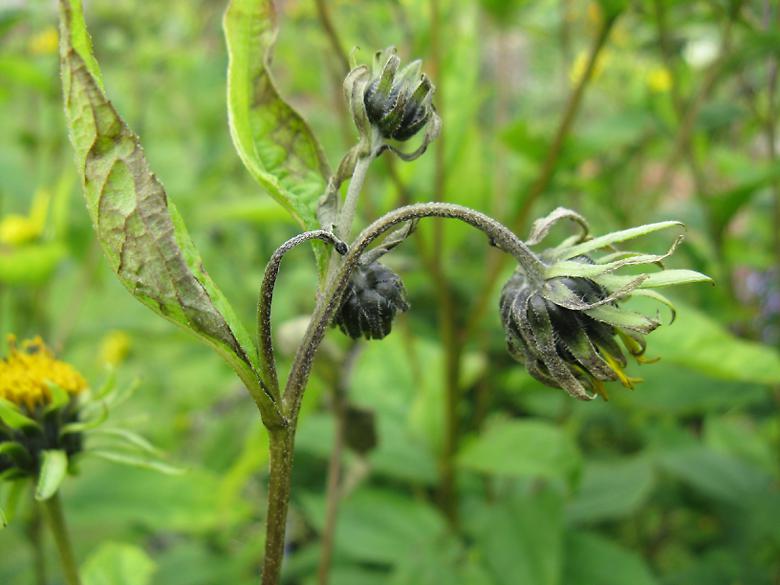 Next here are some leaves of a Actaea, dried out and curled up. It is in a particularly windy spot, where the wind is channeled around the side of the house. It may need a shadier spot for it to thrive. 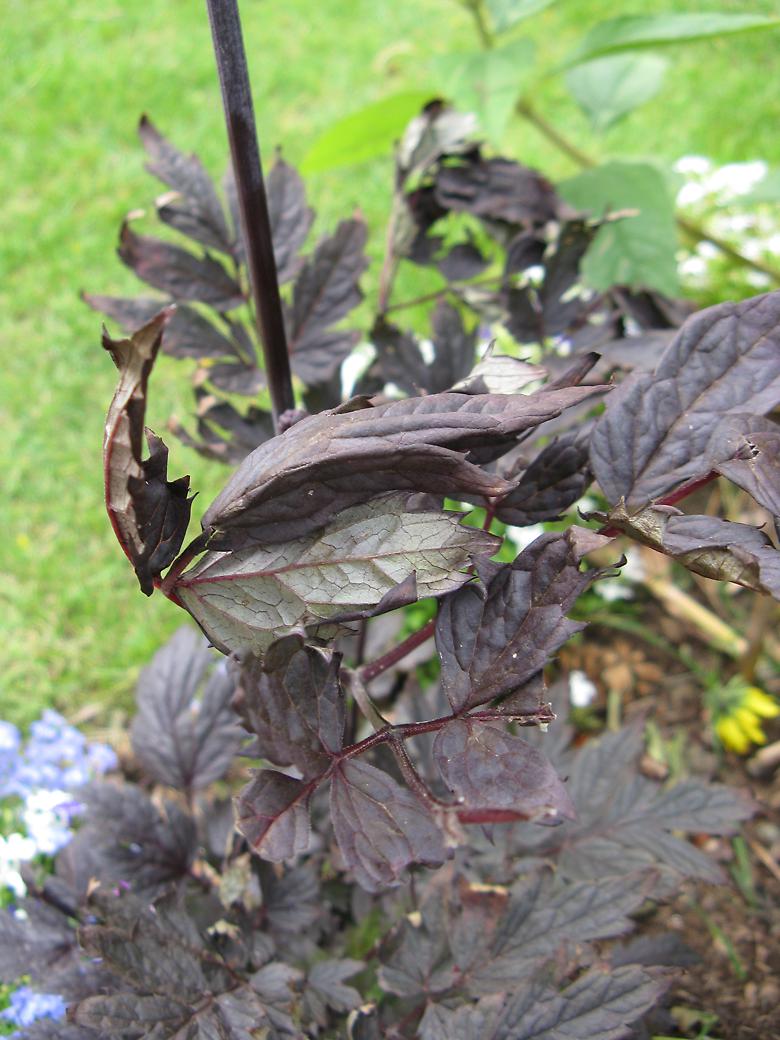