I wouldn't like to be certain about which exact kind it is but the first one that looked similar was the northern marsh orchid which is a good possibility as I am in the North and the ground is a little damp! But anyway it seems that they are very variable so telling the different ones apart is difficult. So I am just going to say that is it some kind of Dactylorhiza at the moment. Once it is fully open I will try to identify it further.

Here is the first flower 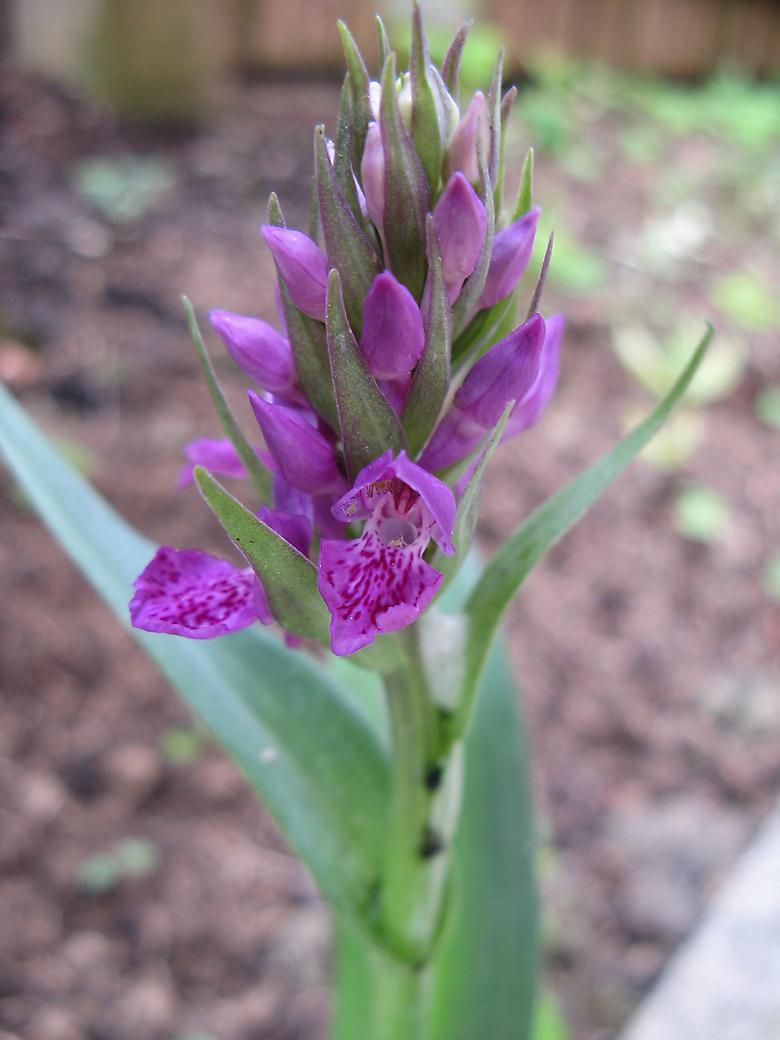 The flower stem was very interesting when it first appeared. It looked like a single flower bud with a scaly covering. It then started to open out into separate flowers. 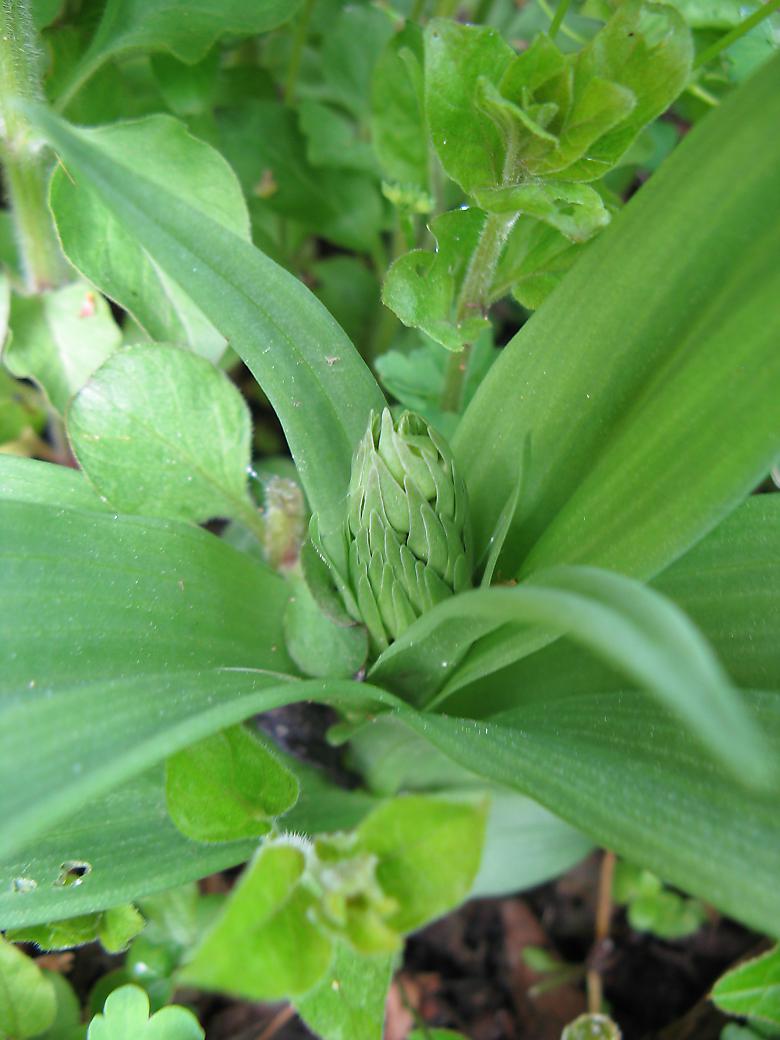 The other one is not quite open yet, but it has more flowers in the raceme. 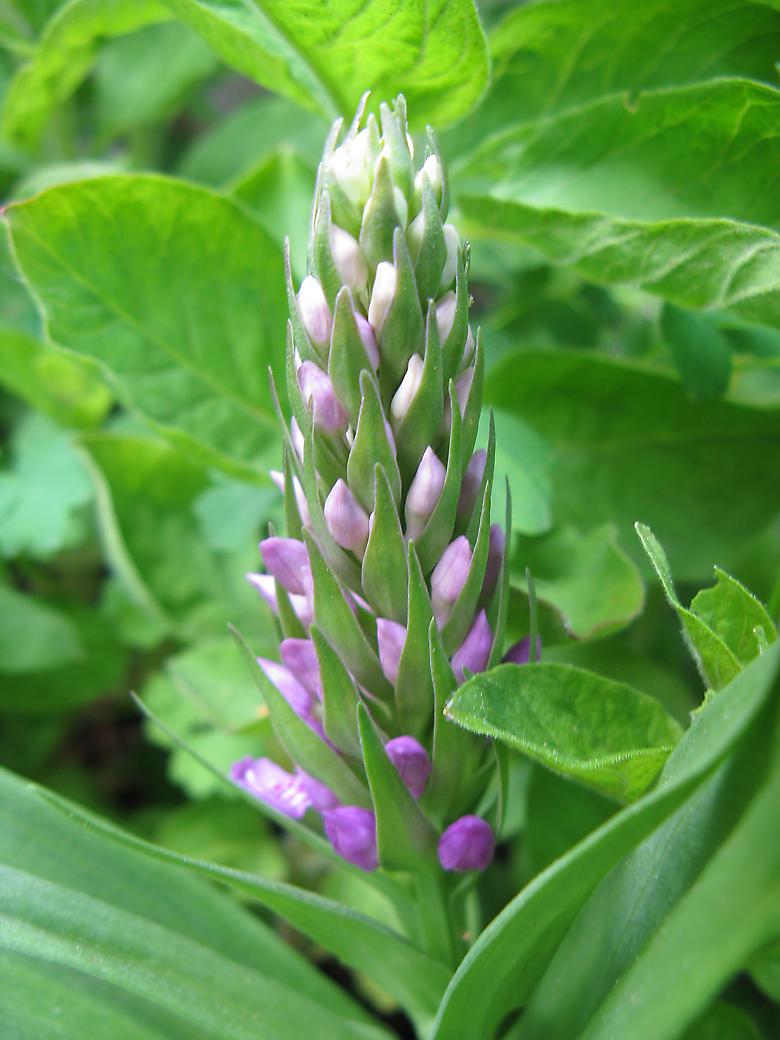