This year I thought I would try out buying bulbs via mail order. I was mainly looking for tulips and I did some research to find varieties that flower year after year. As it happened I ended up with a lot of bulbs, but not so many tulips!

I've also got the tulips in the trough container which have been multiplying over the years. I removed a few which I will plant in the ground. They already had shoots and a few roots.

Also, I got some smaller daffodils, 'February gold' and 'Jetfire'. Some more Ipheion 'Charlotte Bishop', and some I. 'Jessie' which were recommended by Jim and look good.

Also more anemones which I shall spread all over, they flower early and then disappear, so they will go well beneath later growing plants.

They were from Rose cottage plants

They came in a cardboard box with newspaper padding. Each set of bulbs was in an individual labeled brown paper packet. 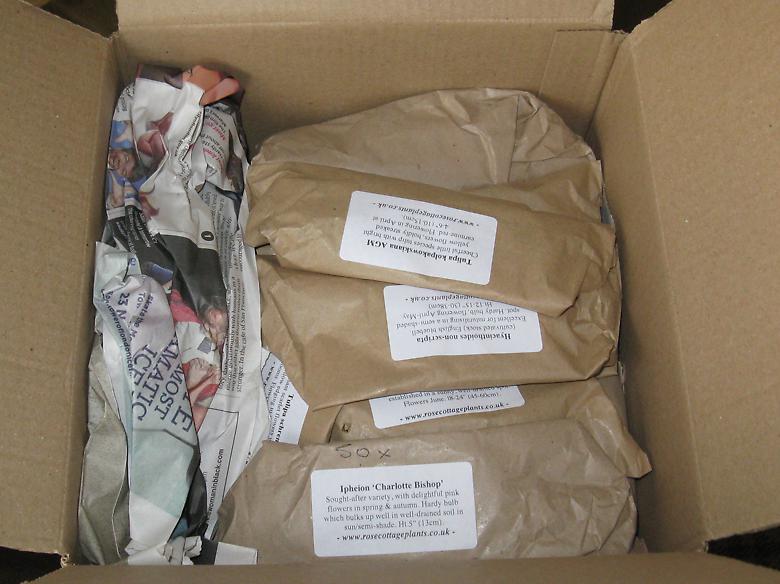 ← Vine weevil attack End of October round up →