Although the focus in the garden is on perennials, I've added several perennials this year to fill in gaps and it is working quite well.

I decided that growing Lobelia was too much trouble, so I just got a tray of 25 and put some in the containers and the rest around the edges of the beds. They are mixed colours and so provide a bit more interest.

I also got a tray of 20 mixed Pelargoniums which have also gone into the containers and spread out in gaps in the beds. They have grown at vastly different rates depending on where they were planted which is interesting information. Down the side of the house where even the weeds don't grow, they have remained almost the same size as when they were planted and yet have flowered first. In the containers they have grown very large, and yet were the last to flower. So I don't know what to make of that.

Rest were sown as seeds. This year they were all sown outside or moved directly outside as soon as they germinated.

The picture shows the Antirrhinum and a Cosmos, with the Lobelia along the bottom. 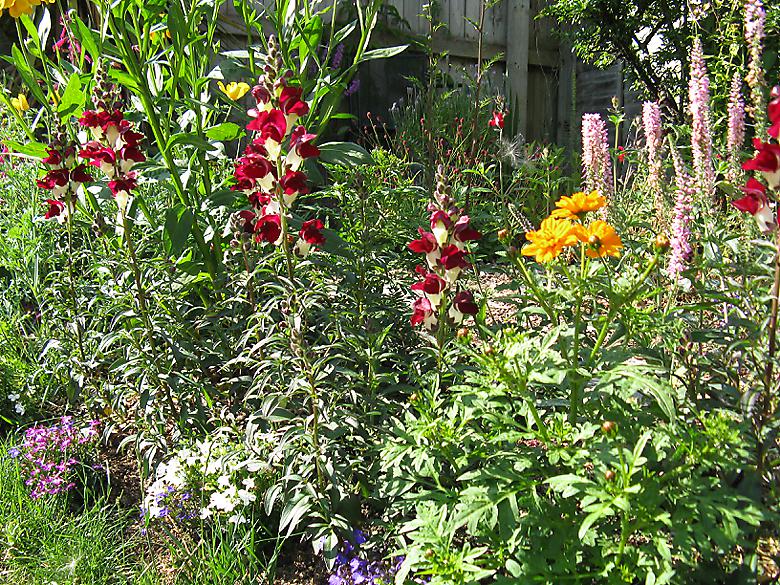 ← Sunday in the garden Tiny strawberries →