There was a lot of rain this week, but the weather has cleared for the weekend and it was a mostly sunny day with the same forecast for tomorrow.

Of course with the clear weather comes the frost but still nothing serious, everything that flowers "until the first frost" is still flowering.

At this time of year the back garden gets very little sun. It kind of catches part of the back border, and the right corner and has gone by about 1pm.

I have now removed the row of laurel shrubs nearest the house. The plan is to leave the rest until the spring.

So far 12 shrubs have resulted in 6 tubs of chippings which I make to be about 240L.

The remaining shrubs seem to be smaller and planted closer together.

I am happier with it already, if I was going to have a hedge it would be more that width. 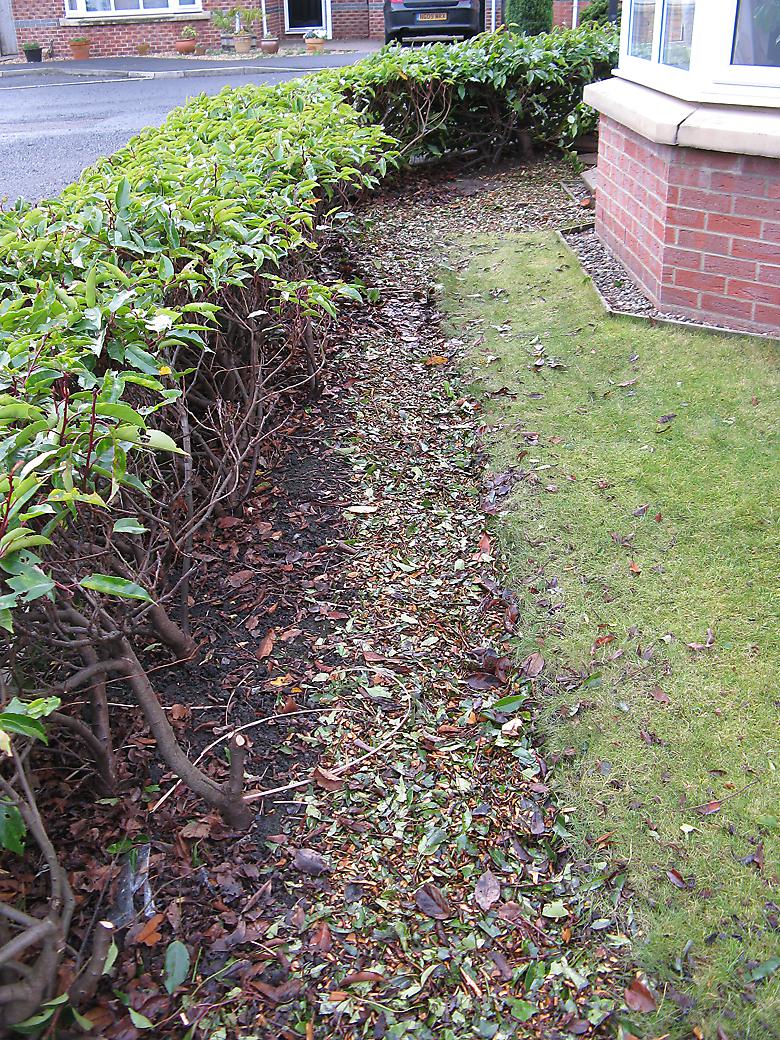 The hedge continues around the corner for a way. Originally the branches were touching the wall and potentially blocking the gas flue, I cut those back earlier this year.

Today I cut down the 6 shrubs that were nearest the house altogether. They are now waiting to be shredded.

After the rain this week it is now possible to dig into the soil. It now doesn't seem to be quite as bad as I thought. Still a horrible colour though. 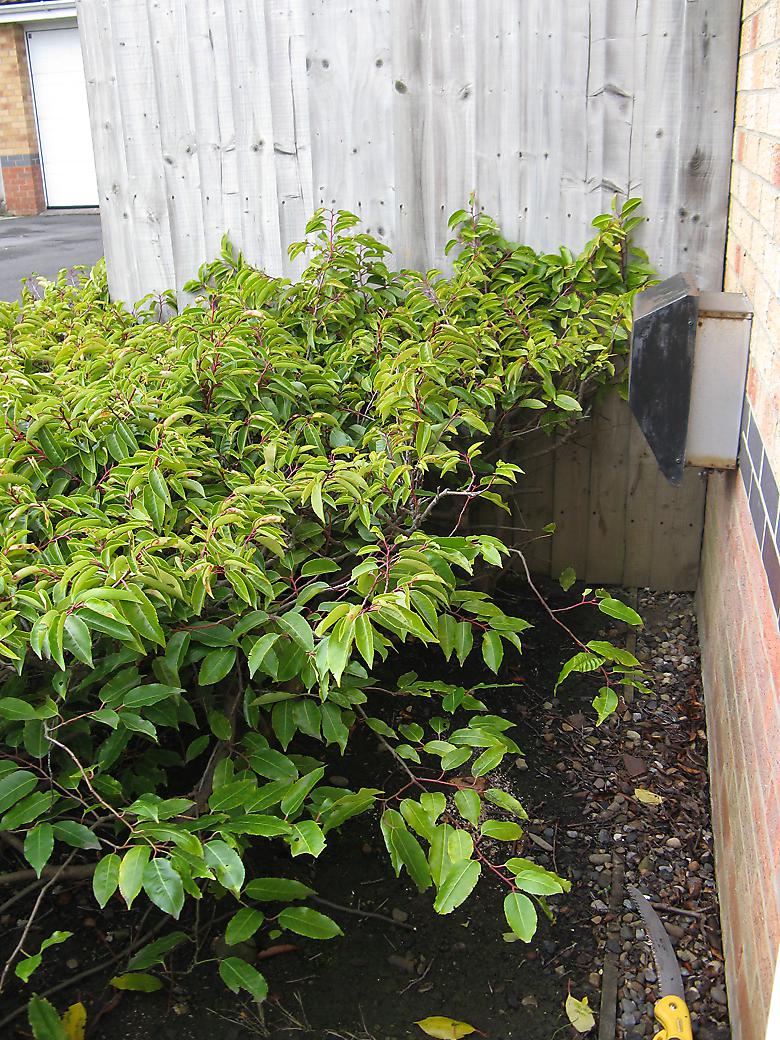 3 Surviving under the hedge

I discovered this earlier this year when cutting the hedge away from the wall and gas flue as previously mentioned. Quite surprising that it survived under there for so long.

At first I thought it was a Potentilla, but now not so sure as it has a different leaf shape to my other one.

It didn't flower as far as I know, but I am hoping that it will next year when it gets some light. 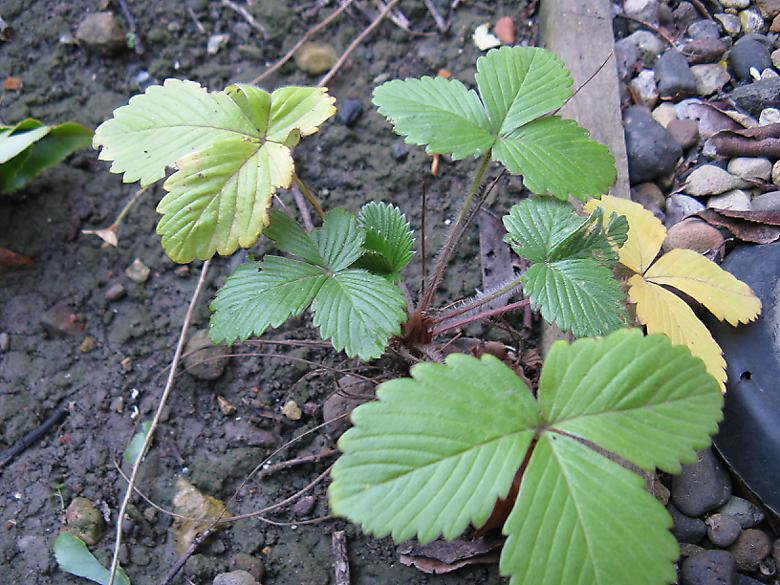 This bulb escaped from the ground and was half way across the path when I found it. I suspect it had help.

It is now replanted a little bit deeper. Lets hope it survives. 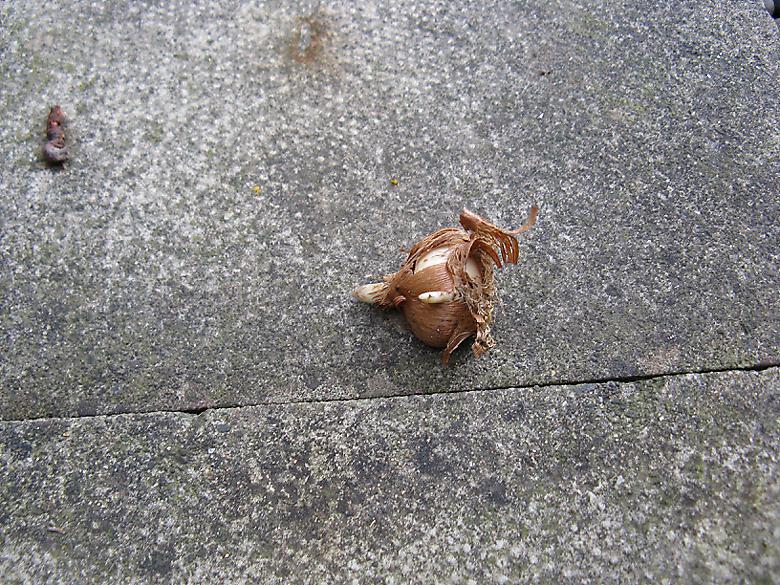 The sedum flower stalks are still standing and the flowers are still a dark red, although the leaves have almost gone. Beneath all this however, next years shoots are appearing. This is a truly an all-year-round plant. 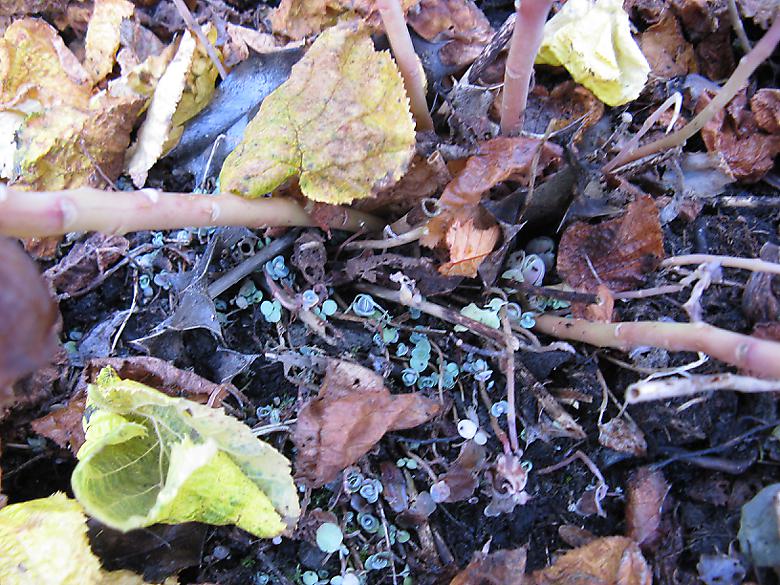 This is the Sidalcea I bought recently when in bud. There is more and more colour appearing and you never know, one of them may actually open up before the winter closes in on it. 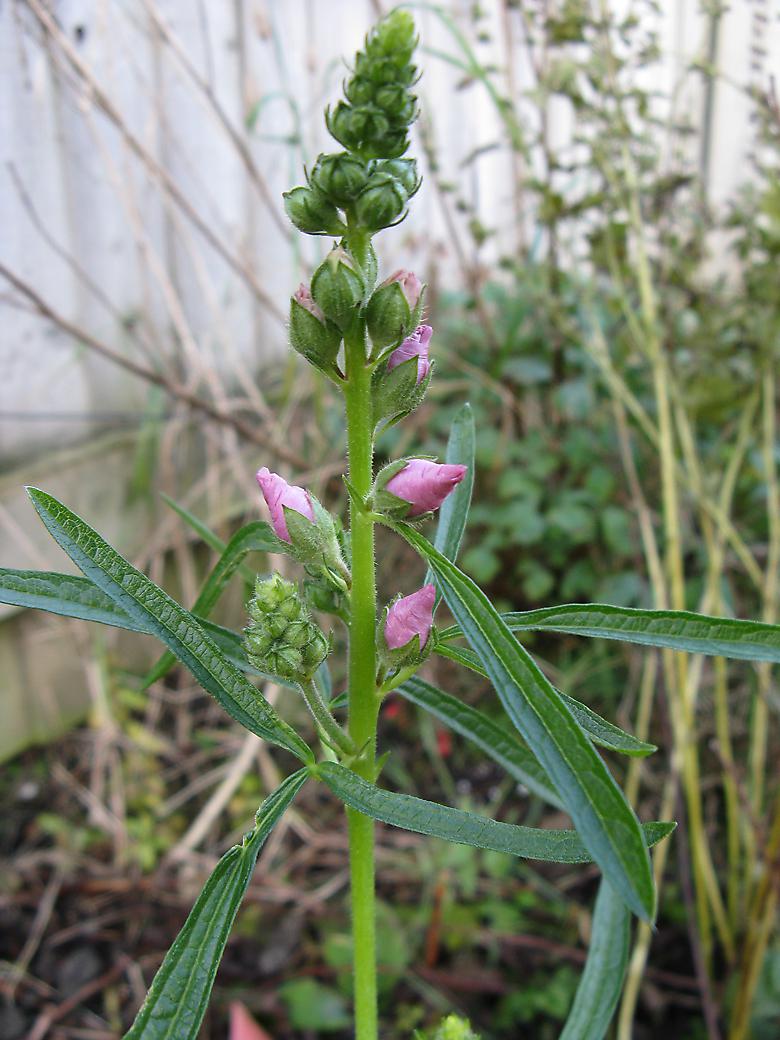 So this was my six on Saturday for this week, for plenty more views of what is happen in gardens all over the UK and increasingly the rest of the world, head on over to this weeks Six-on-Saturday at The Propagator blog.

← More shredding fun End of November round up →